"(On) Sept. 30 … the (available staffed) ICU bed and the surgical bed capacity for both adults and pediatric (patients) were at the lowest they had ever been," said East-Central District Health Department (ECDHD) Chief Public Health Officer Chuck Sepers.

There may be many reasons why, though.

During a Sept. 30 Zoom call for a monthly COVID-19 situation update, Butler County Health Care Center CEO Don Naiberk said he was concerned about losing staff members in the coming months as federal vaccine mandates go into effect for health care workers. He said Nebraska already has seen the effect of vaccine mandates on health care staffs in Omaha and Lincoln.

"Locally, as I've talked to a lot of long-term care facilities, hospitals, etc., everyone is nervous about that," Sepers said. "Because it is just a little bit easier to get out of health care and do something else -- our local unemployment is extremely low and there are a lot of options."

Anecdotally, though, Sepers said he hasn't seen a lot of people leaving because of looming vaccine mandates.

"I think … sort of what's driving the hospitalization staff shortage is, with COVID-19 surging, there are a lot of health care workers that are doing traveling. … You can make $80 an hour traveling," Sepers said.

Those people still may be working in health care, even employed at the same facilities, but traveling to administer care or doing telehealth reduces their number of in-office hours.

Sepers said burnout may also be a contributing factor, something to which Naiberk also alluded.

"A lot of people have left the industry," Naiberk said. "They were close to retirement, they felt responsible to get through that first wave and then once the first wave was over, they were … done."

Naiberk added that many hospitals are busier now than they were last year.

"We came off of a period of time where we had almost no one in hospitals because we shut down surgeries and all of this stuff at the beginning of the pandemic," Naiberk said. "... There were a lot of people sitting on health conditions that were being neglected then. … I think that's finally starting to catch up to us."

Around the same time available staffed ICU and medical/surgical beds reached a pandemic low in Nebraska in September, the state seems to have hit the peak of its second major COVID-19 wave.

Sepers said it's important to remember to think of the ebb and flow of COVID-19 in terms of waves, rather than calendar years.

The peak of last year's major wave came in November 2020. Sepers indicated that it looks like Nebraska is now coming down from the peak of a second major wave.

There is some good news, though. For one thing, this wave was less severe.

"We are not seeing as many hospitalizations overall in this wave and that's largely due to vaccinated persons," Sepers said.

Sepers compared the COVID-19 waves to a skateboard rolling back and forth on a half-pipe -- it loses a little bit of energy each time it peaks, resulting in progressively lower peaks.

Vaccines help remove energy, while viral COVID-19 variants -- like the Delta variant -- may add it.

Those who come down with the delta variant -- which is almost every Nebraska COVID-19 patient as of Oct. 1, according to the U.S. Department of Health and Human Services -- get sicker than they did with the original strain of COVID-19.

However, the existing COVID-19 vaccines remain effective against variants of the virus, including delta. According to the Centers for Disease Control and Prevention, vaccinated people who do get COVID-19, including the delta variant, tend to have less severe symptoms.

According to the Nebraska Department of Health and Human Services online dashboard as of 10:30 a.m. Thursday, approximately 59% of Platte County's 12 and older population is fully vaccinated, compared to roughly 67% statewide.

As of Thursday morning, the Food and Drug Administration only had approved the Pfizer vaccine for booster shots.

Sepers said ECDHD received some Pfizer at the beginning of the vaccine rollout, much of which went to employees at Columbus Community Hospital.

"(CCH is) the group that has the largest number of folks at this time that qualify for the six-month Pfizer booster," Sepers said.

Columbus High School Choir Director Jacob Ritter said if he can offer his students new and exciting experiences, he’s on board with it. 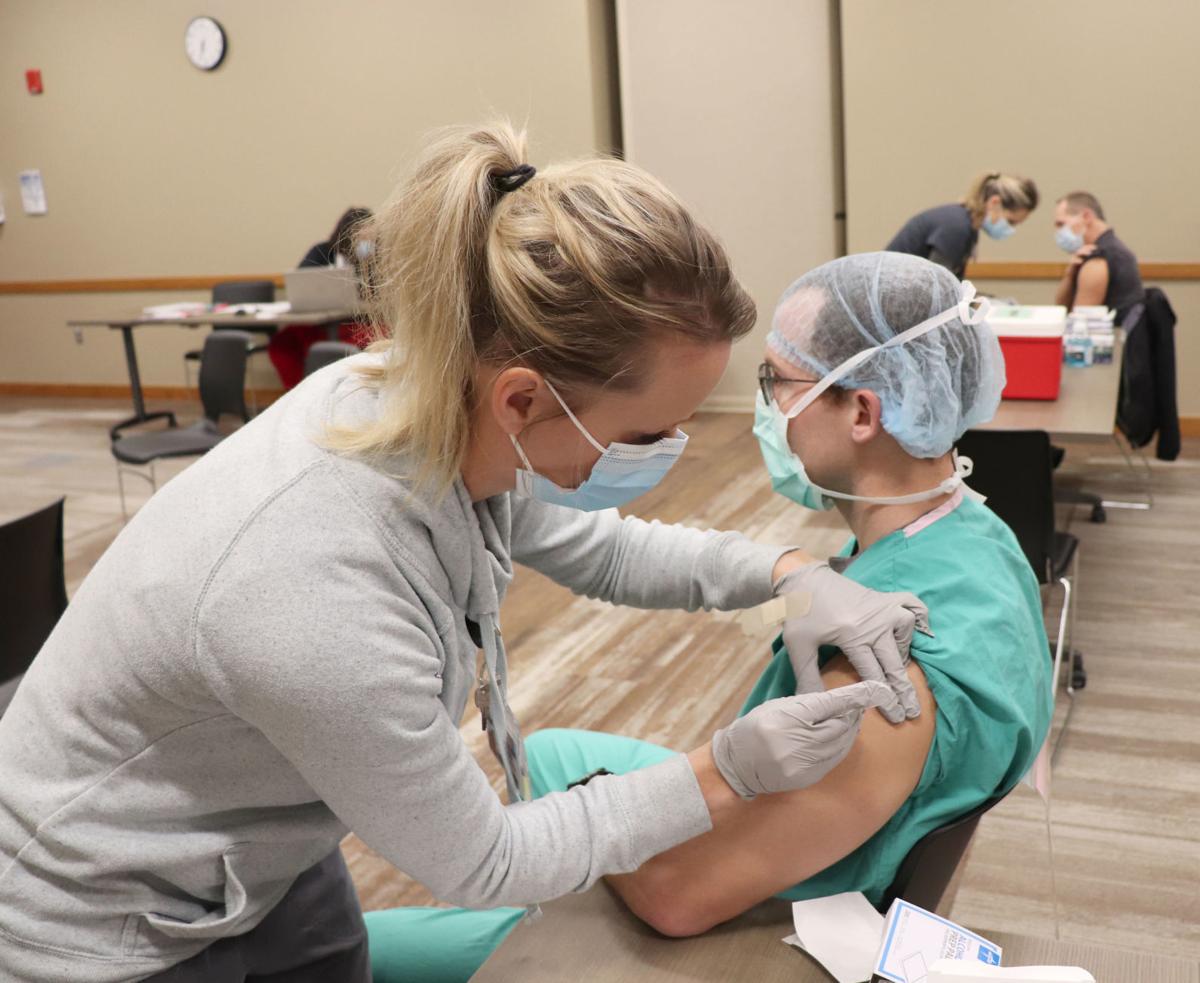 A Columbus Community Hospital health care worker receives the second dose of a COVID-19 vaccine on Jan. 6. Right now, people as young as 12 can receive the Pfizer COVID-19 vaccine, which is available for free in the Columbus area. People can go to vaccines.gov to find out where to get it. 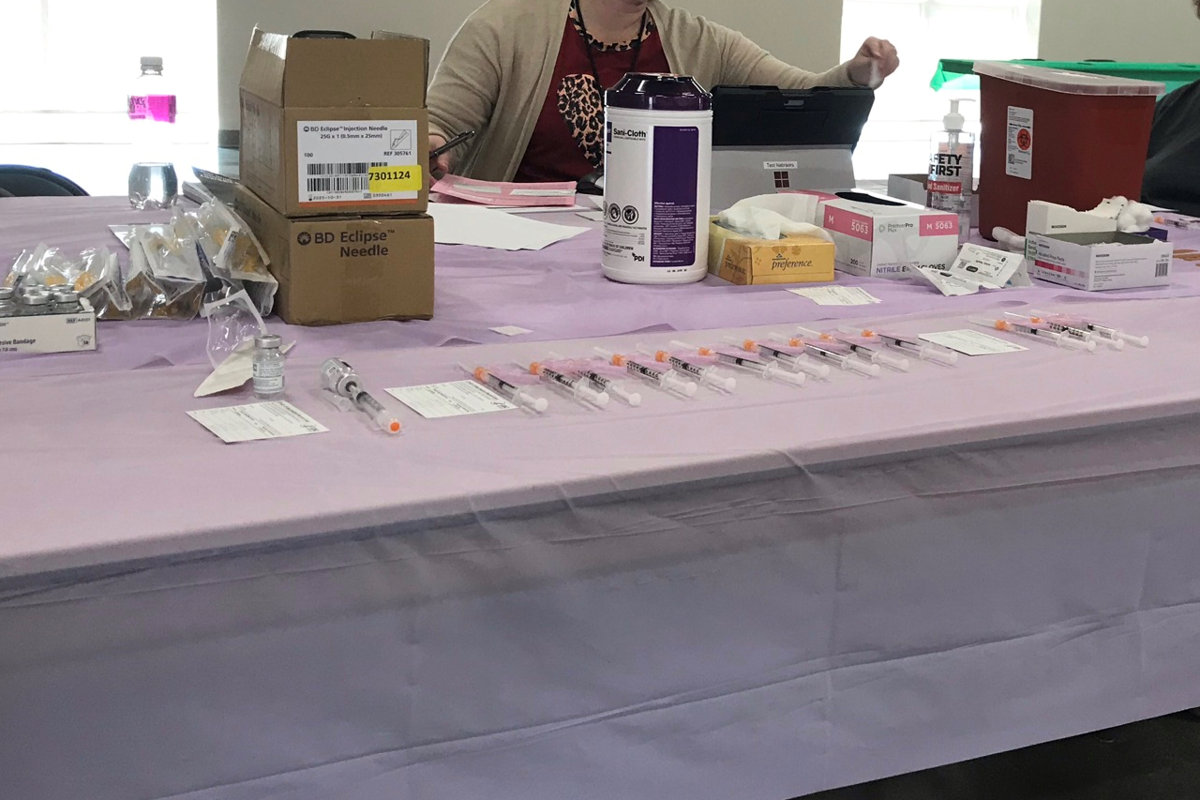 Doses of COVID-19 vaccine waited lined up on a table at a March vaccine clinic in David City. The CDC COVID Data Tracker shows a high rate of community transmission in Platte County and recommends that everyone in Platte County -- including those who are fully-vaccinated -- wear a mask in public, indoor settings. 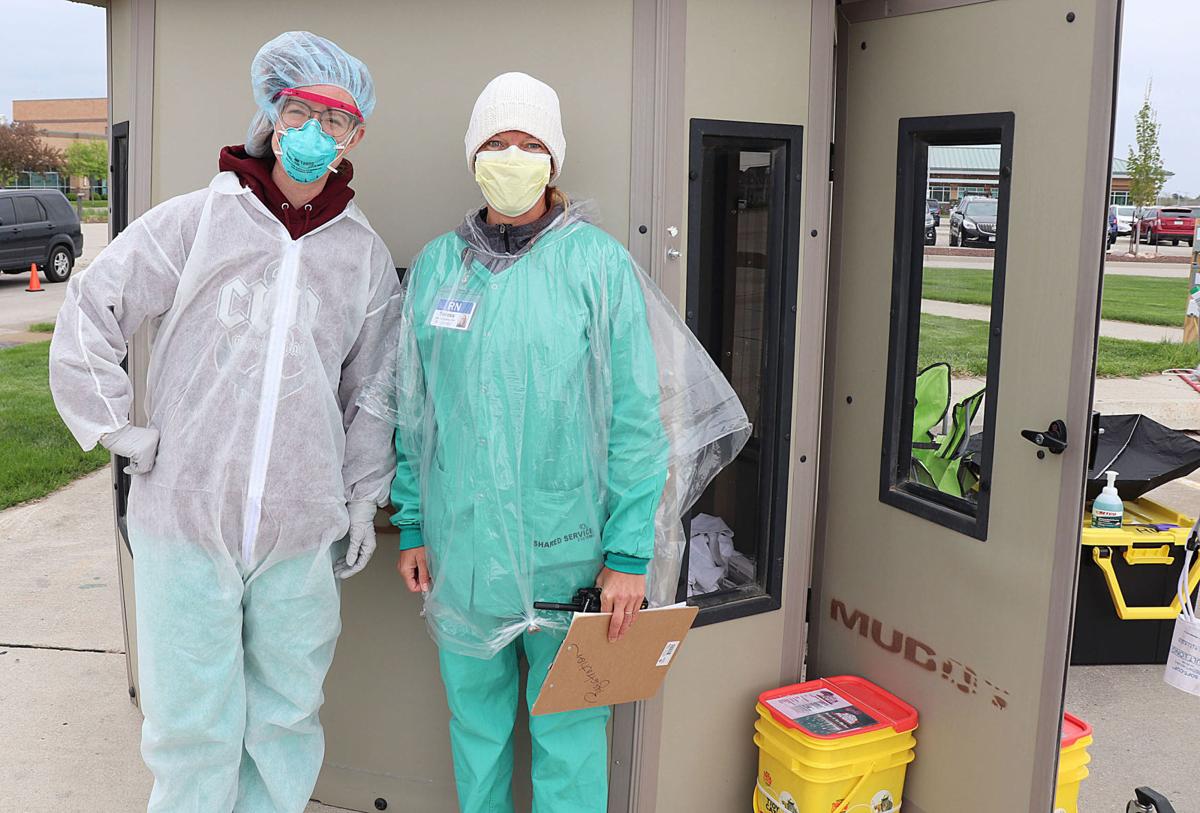 CCH nurses pose for a photo in the spring of 2020 by an outdoor hut, in place to streamline the COVID-19 testing process. Widespread COVID-19 testing has not been free since Test Nebraska stopped doing testing across the state in mid-July and its contracts with various hospitals ended. Without insurance, getting tested may cost more than $200.