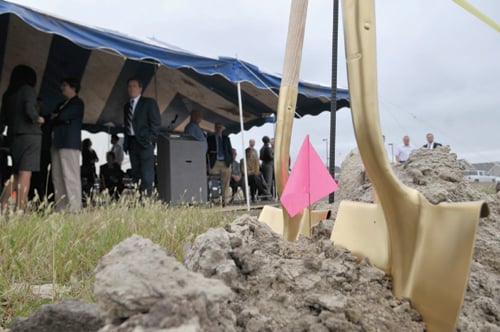 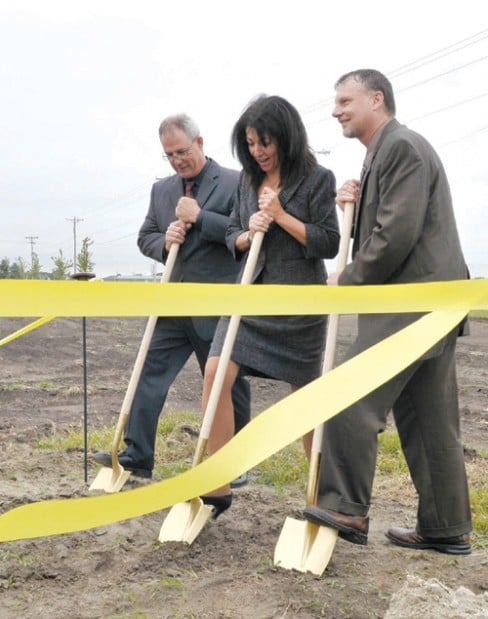 COLUMBUS — A new cancer treatment center will be opening in Columbus.

Dr. Joan Keit, director at Midwest Radiation Oncology in Omaha, is heading up the effort.

“My goal really is to have a cancer center here where people in this community can get as good radiation therapy as they could get in any major city in the United States,” Keit said.

A ground breaking ceremony was held Thursday for the new center. It will be built at 3764 39th Ave. and is expected to be complete in early 2011.

The $6 million project will offer a local alternative site to cancer patients to receive their radiation treatment.

“Cancer is such a common disease. Sixty percent of patients that have cancer require radiation, yet there is no radiation (treatment available) anywhere in Platte County or (within) a reasonable commuting distance. The closest radiation center is 45 miles from here,” Keit said.

It is common for local cancer patients to travel to Norfolk, Fremont, Lincoln and Omaha for treatments. That can be difficult, especially with radiation because that therapy is done consecutive days for two to nine weeks. Keit said she has patients come from Columbus to her Omaha practice.

“I’ve seen first hand what a struggle and hardship it is for people who live in this community to travel to get their daily radiation treatments. That’s really been my inspiration for wanting to bring a radiation oncology and cancer treatment center here,” she said.

Keit said she is committed to providing a full-time cancer specialist at the center five days a week to improve the community’s access to care.

Keit has been a radiation oncologist for 16 years and has been in Nebraska for 11 years.

The services to be offered at the center include the newest and state-of-the-art machines and therapies, including TomoTherapy, a high-advanced form of radiation therapy.

Once established in Columbus, Keit said she also hopes to partner with the Columbus Community Hospital, the health department and the American Cancer Society to promote cancer education, protection and screening in the community.