The Platte County Board of Supervisors moved Tuesday to adopt a three-member subcommittee to work with the election commissioner’s office with the redistricting process.

The supervisors could have OK’d the full board in helping with the process but ultimately went with the three-person subcommittee. Micek said that if the subcommittee felt it should meet with the entire board that could occur.

Platte County Election Commissioner Connie Sebourn said she was not yet aware of when or for how long she and the subcommittee will meet with gWorks about the process.

The subcommittee and Sebourn did decide to meet in the mornings of either Tuesday or Thursday.

Pfeifer added as someone who has been part of the redistricting process, he wanted to be part of it again.

“In the past, I’ve been in a couple of these,” Pfeifer said. “One time, I think there was basically not much input as everything fell in line. And then the next time there were some changes. It affected some people but it didn’t affect everybody on the board but the ones who it did affect, they wanted input. With that being said … I know I want to be involved.”

The process is different this time around because the district lines will be created online versus by hand on paper.

Earlier this year, the board approved a contract with gWorks – a geographic information system company from Omaha – to generate a living online map of the several political subdivision borders in Platte County.

gWorks gives the county real-time data about the redistricting lines. The software also allows anyone online to see the border lines and additional map details.

In other business, the board formally approved County Clerk Diane Pinger’s resignation.

Pinger previously told The Telegram she is resigning because of health reasons. She has been with the county for 47 years, including 32 as the county clerk.

District 7 Supervisor Kim Kwapnioski and Liss thanked Pinger for her service with Liss saying the county is losing “a fixture.” Meanwhile, Pfeifer went over to Pinger and hugged her.

“Mr. Chairman, sometimes words can’t say what you feel but a hug will,” Pfeifer said as he embraced the longtime county clerk. 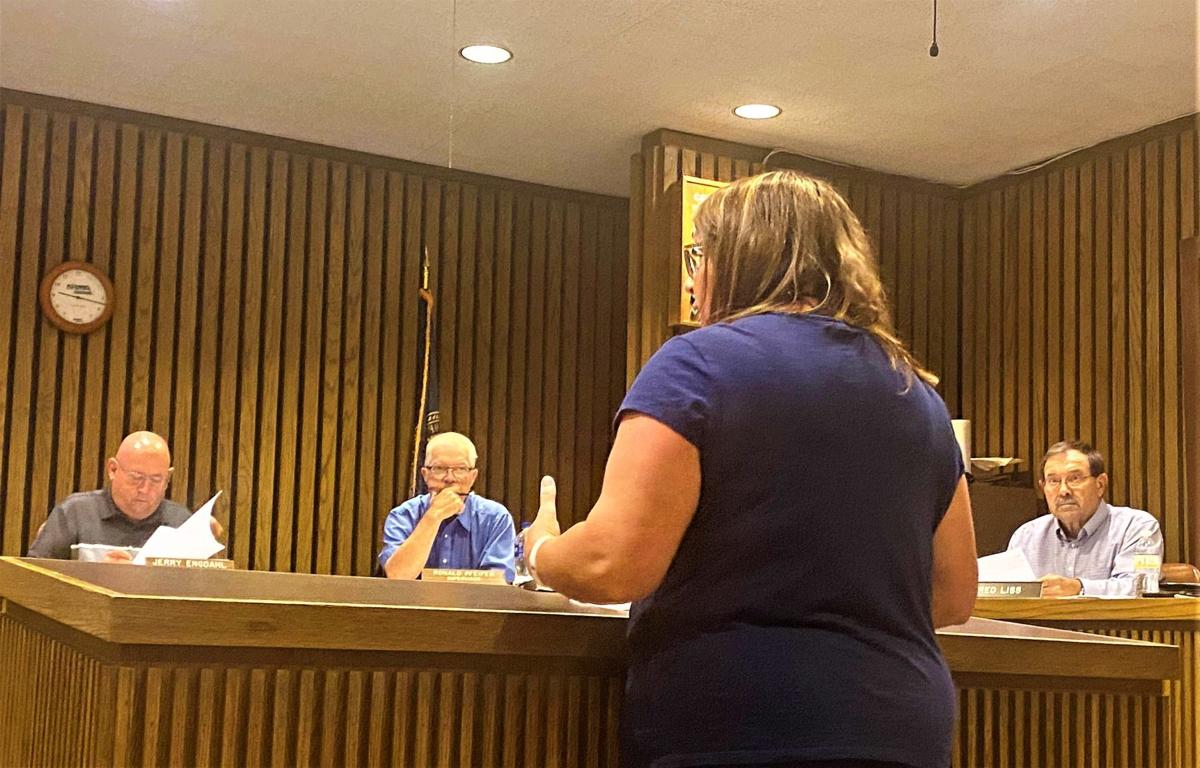 Platte County Election Commissioner Connie Sebourn talks during Tuesday's Board of Supervisors meeting while Jerry Engdahl, left, Ron Pfeifer and Fred Liss look on. Pfeifer and Liss were appointed to a subcommittee to work with Sebourn and gWorks on the redistricting effort. 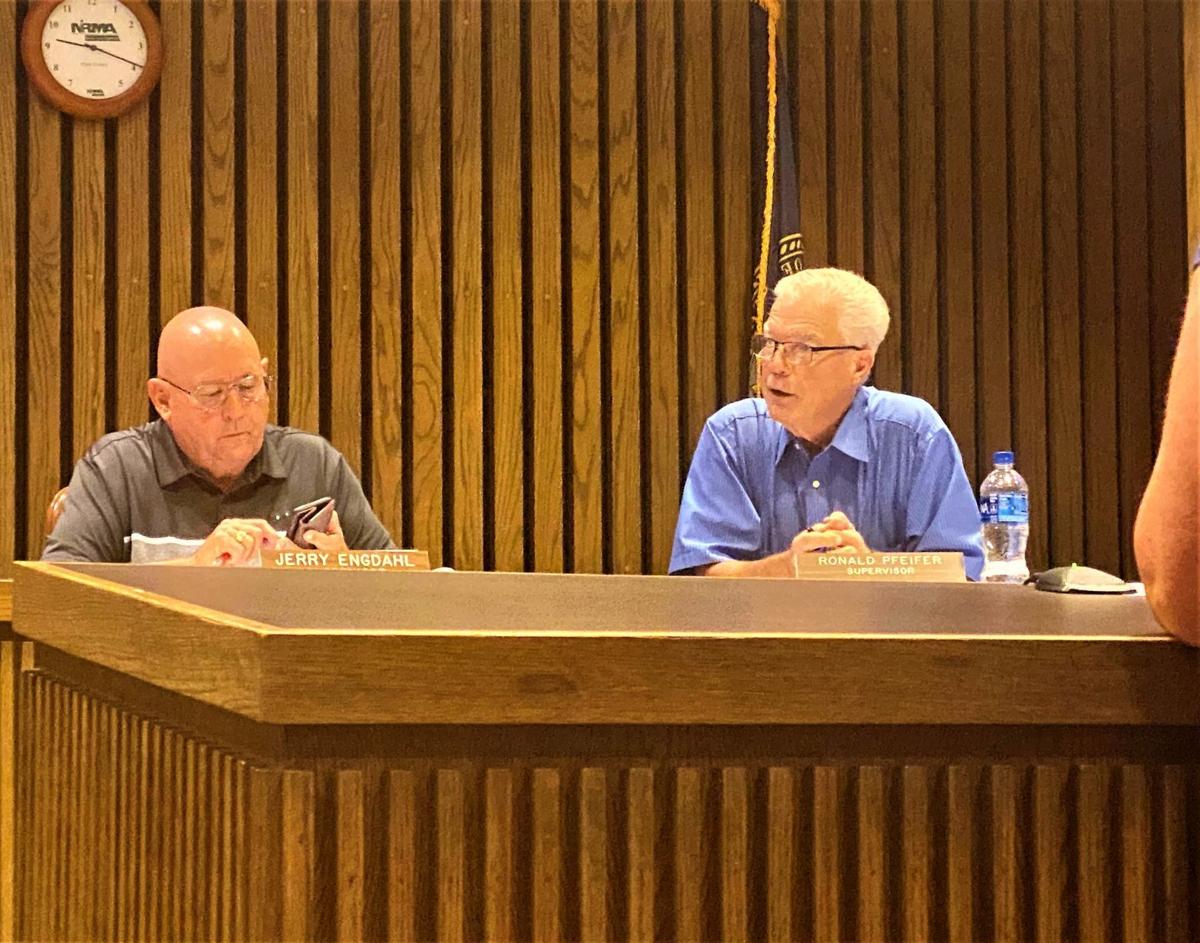