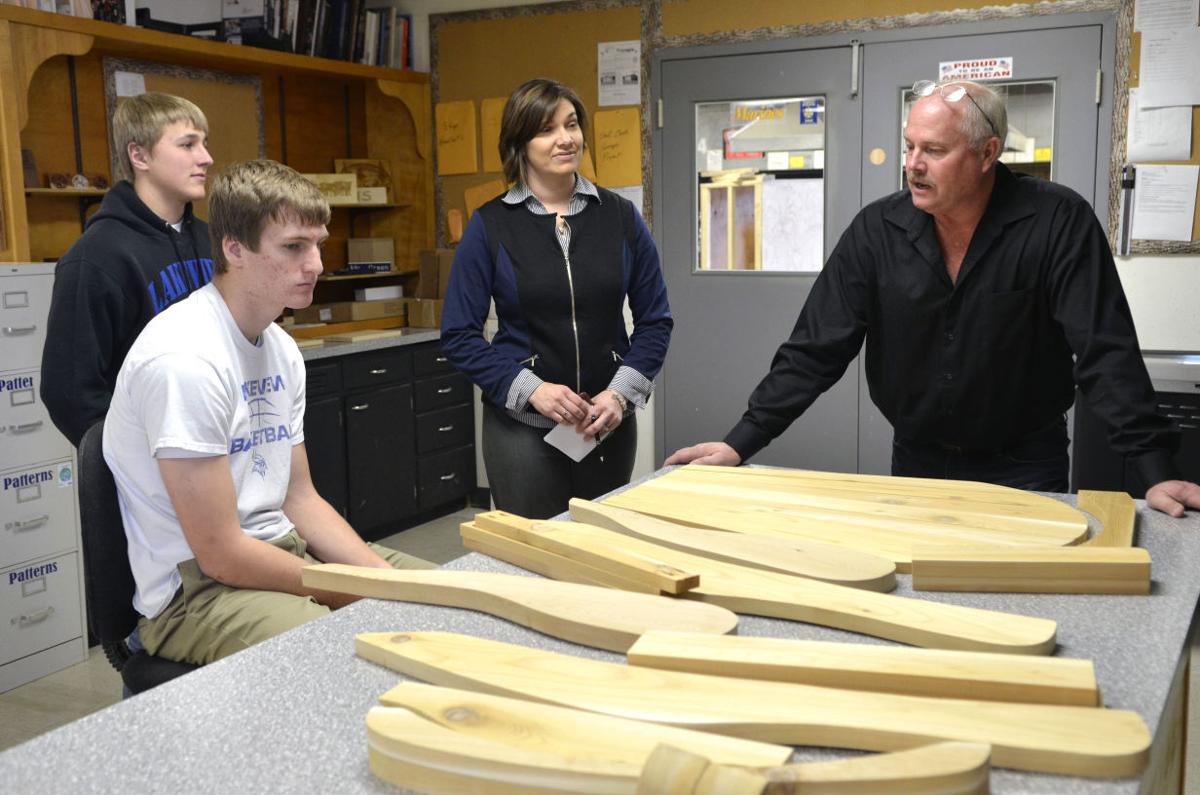 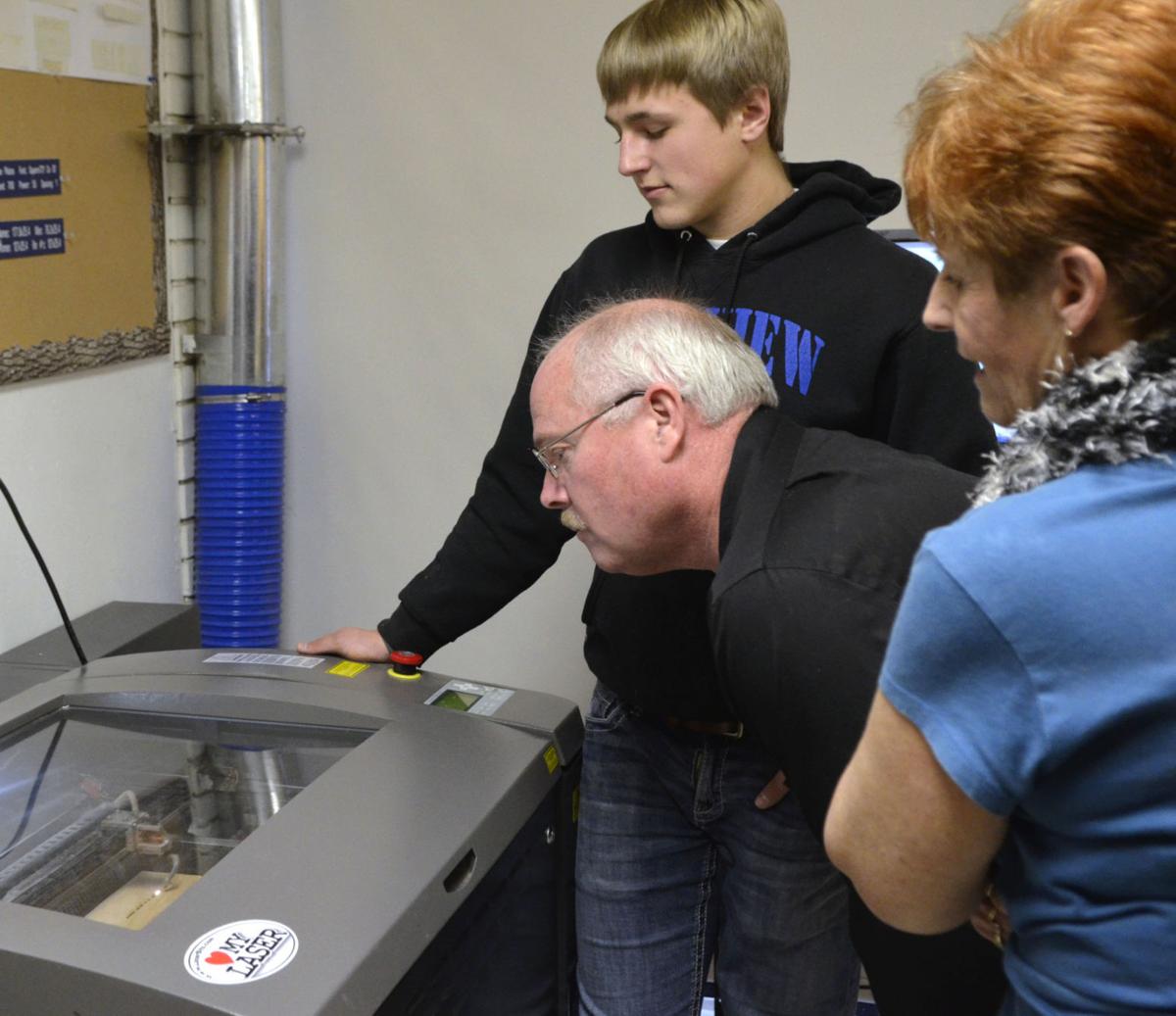 With complicated angles, curves and finger joints and no blueprint, the process wasn't easy. For some pieces, they had to make 10 to 12 test pieces before getting it right.

“You can’t screw up,” said Janssen.

“You screw up, you start over,” added Matteson.

The three Home Show representatives who stopped by Lakeview on Monday recognized the challenges with the project. Don Wisnieski from Wisnieski Insulation, who is president of the Nebraska State Home Builders Association, was impressed.

“This is really interesting because it’s only a few kids, and with the detail and complexity of the design ... ” said Wisnieski. “On smaller projects, you’ve got to get it right.”

Wisnieski, along with Kendra Buss and Jane Christiansen, vice president and executive officer of the Norfolk Home Builders Association, respectively, said Lakeview was their first stop on a tour of area schools to see how their Home Show projects are coming along, get kids excited about the competition and foment their interest in construction.

“Our interest is getting kids you guys’ age or younger interested in this,” Wisnieski told Janssen and Matteson.

“You have to catch them at the right age,” he said. “You can’t wait until they’re out of college.”

The students also gained salesmanship skills. Janssen and Matteson had to approach companies and pitch their project in hopes of gaining sponsorship for their materials. Mead Lumber donated all the materials in exchange for a photograph of the final product.

The Home Show organizers hope projects like the Adirondack chair will lead students to take on larger, more complicated projects and eventually a career in construction.

“I started out that way and now build houses,” said Wisnieski.

Janssen and Matteson have cut out all the pieces for the chair and now need to assemble, sand and stain it in time for the show March 18-20.

“You’ve got to work through it and persevere,” said Janssen.

All they ask is that people come to the show in Norfolk and vote for their project for the People’s Choice award, which comes with a $500 prize for the winning school.