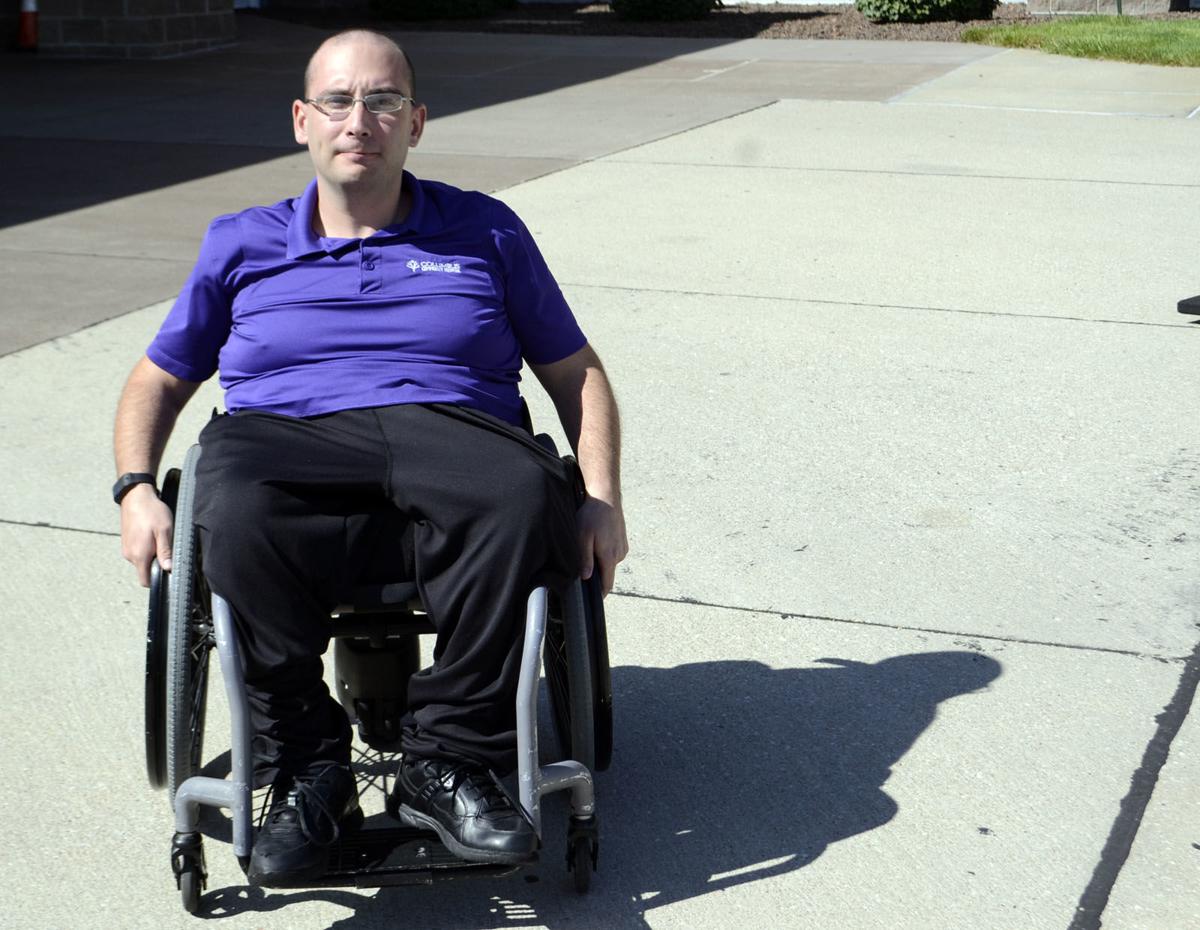 Ben Dush, a 2009 Columbus High School graduate and Columbus Community Hospital employee, has been wheelchair bound his entire life because of a spina bifida. On Saturday, Dush is competing for the fourth time in We Can Roll, Walk & Run event held by CCH. 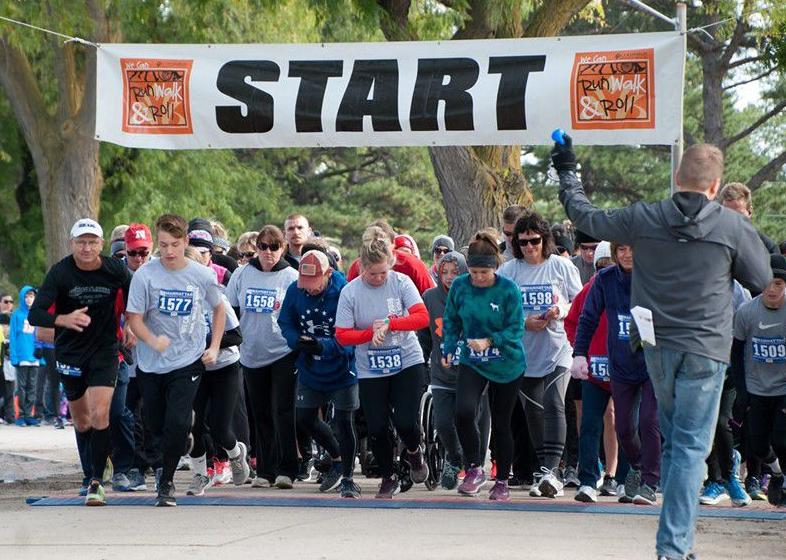 The start of a previous year's We Can Run, Walk & Roll event hosted by Columbus Community Hospital.

Most days, the 2009 Columbus High School graduate spends his hours taking food trays to patients throughout the building who want a bite to eat. His name tag reads 'Food Service Aid,' but that’s just the technical term.

“My position is called the runner,” he said.

This may seem a bit ironic since Dush has been in a wheelchair since childhood because of spina bifida, a birth defect affecting infants’ spinal cord development, but this hasn’t ever hampered his competitive spirit. Although he won’t be using his legs, he will be running his own race to the finish line of this year’s We Can Run, Walk & Roll event set for this Saturday at Pawnee Park.

Dush and more than 200 others are registered to compete in this year’s event, which for the ninth time will raise valuable dollars to provide custom-made AmTrykes to individuals throughout the area in need. In the past eight years, more than 50 trykes have been given away at no cost to the recipient.

While the event is Saturday, those still wishing to register can do so by visiting the Columbus Wellness Center, 3912 38th St., from 4-6 p.m. Friday. There will be no day-of-race entries and those signing up Sept. 13 will not receive a complimentary t-shirt.

Dush noted that it’s always nice to compete against other athletes confined to a chair. One year, he participated in the Downtown Runaround and was the lone competitor in his division not using two legs.

“I didn’t really like it, I was in the category of just males, and I mean, in the 3-mile I was the only (person in a chair),” Dush said.

We Can Run, Walk & Roll started in 2011 as a way to raise valuable funds for the AmTrykes and also as a way to find an inclusive event that would draw athletes from all backgrounds. Doug Janssen, director of Rehabilitative Services for CCH, has been helping since its inception.

He said that he and his colleagues were inspired by the story of Dick and Rick Hoyt. Dick has made national headlines throughout the years by competing with his paralyzed son (Rick) in numerous marathons and Ironman Triathlons.

“They’ve inspired millions by what the dad did for his son entering in races and competing with each other, with Dick Hoyt pushing his son, Ricky, in a racing chair or wheelchair – they have competed in hundreds of races,” Janssen said. “ … So we were really inspired by that because if you watch or see any information on their story, even after the first race, Ricky told his dad, ‘when we are out there I don’t feel like I have a disability.’”

So that became the goal in Columbus, to create an event that would be accessible to anyone wanting to Run, Walk or Roll to the finish line. For the first time, the event is being bumped up a month from its usual October run date. It’s a little less cold and also fits in better with several people’s schedules, said Mandy Lauck, marketing and community benefit specialist for CCH.

With race day right around the corner, Dush said that he is excited to put wheels on the pavement. This will be the fourth time he has participated in the event and this year, he has his sights set on the 1-mile race instead of the 5K he has previously competed in.

Before the race’s start, Dush said that he is getting a new set of wheels for his chair, something that may pay dividends with helping him beat the 10-minute mile mark – one of the goals for Saturday.

During We Can Run, Walk & Roll he is just another athlete doing what he enjoys, albeit he has certainly had many more surgeries than most competitors.

And though some have the luxury of using their legs, Dush is right at home letting his arms and shoulders do the heavy lifting.

“I don’t know anything different,” he said.

Ben Dush, a 2009 Columbus High School graduate and Columbus Community Hospital employee, has been wheelchair bound his entire life because of a spina bifida. On Saturday, Dush is competing for the fourth time in We Can Roll, Walk & Run event held by CCH.

The start of a previous year's We Can Run, Walk & Roll event hosted by Columbus Community Hospital.