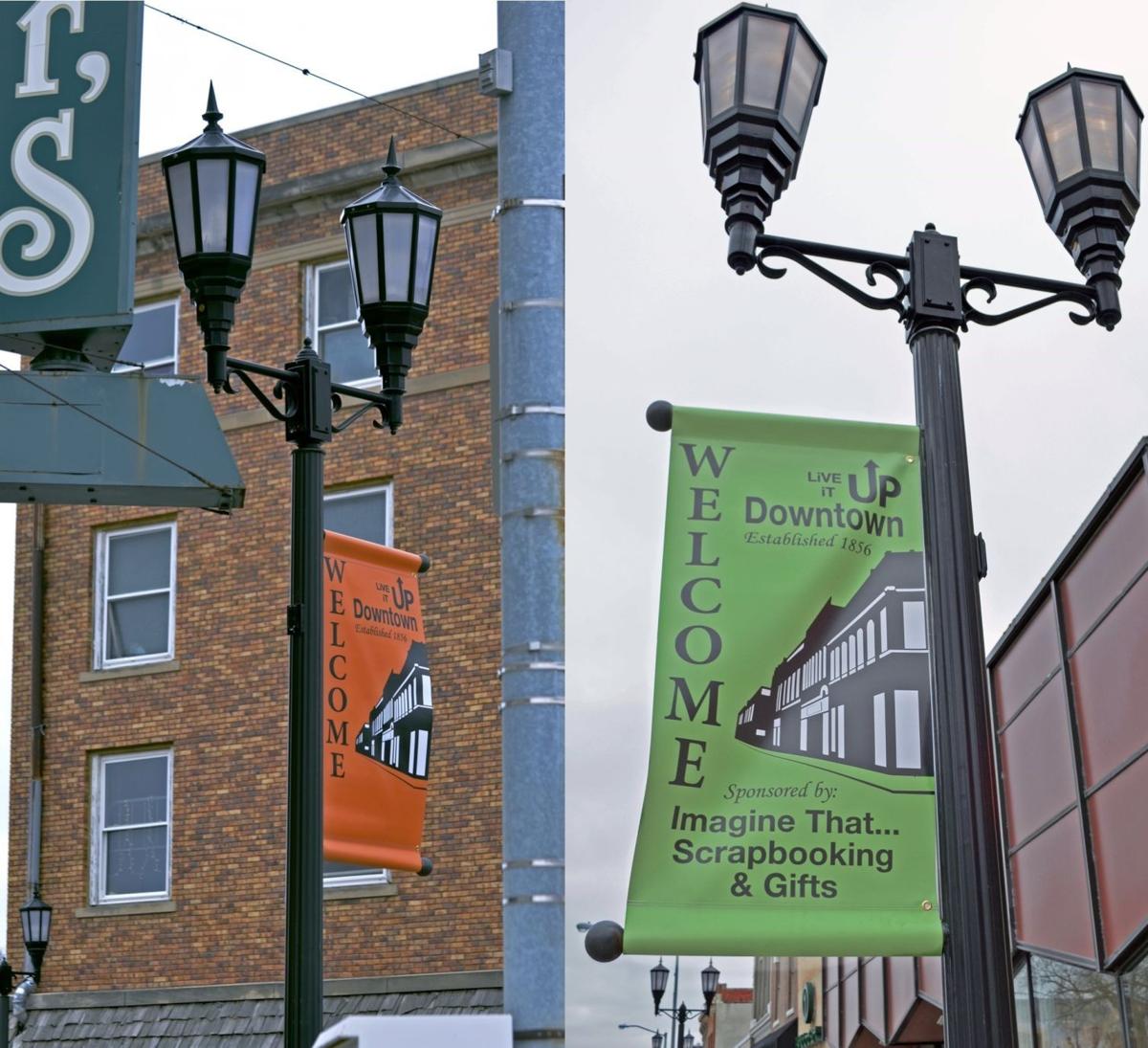 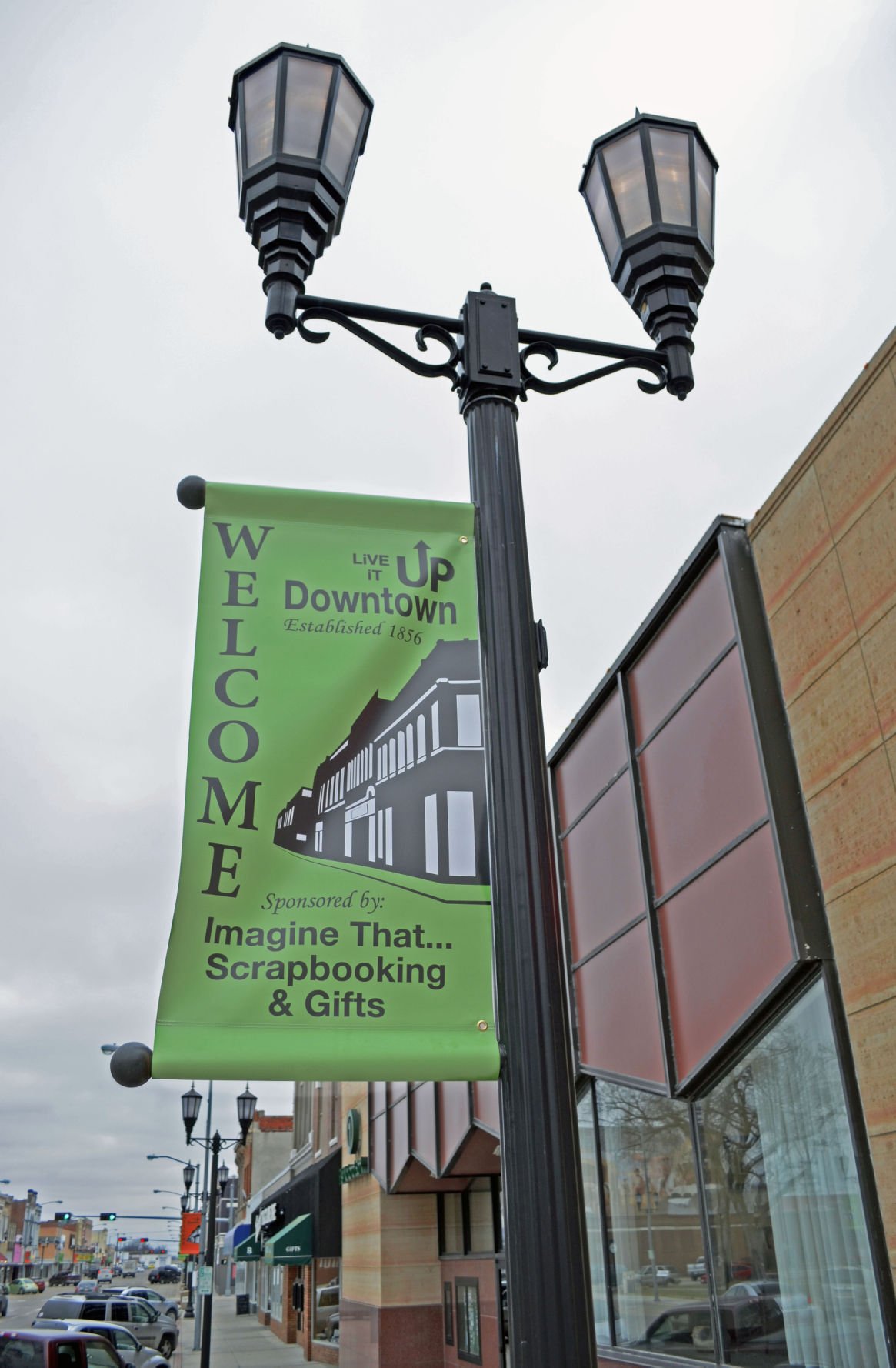 The downtown light poles have new banners in mint green and sherbet orange. 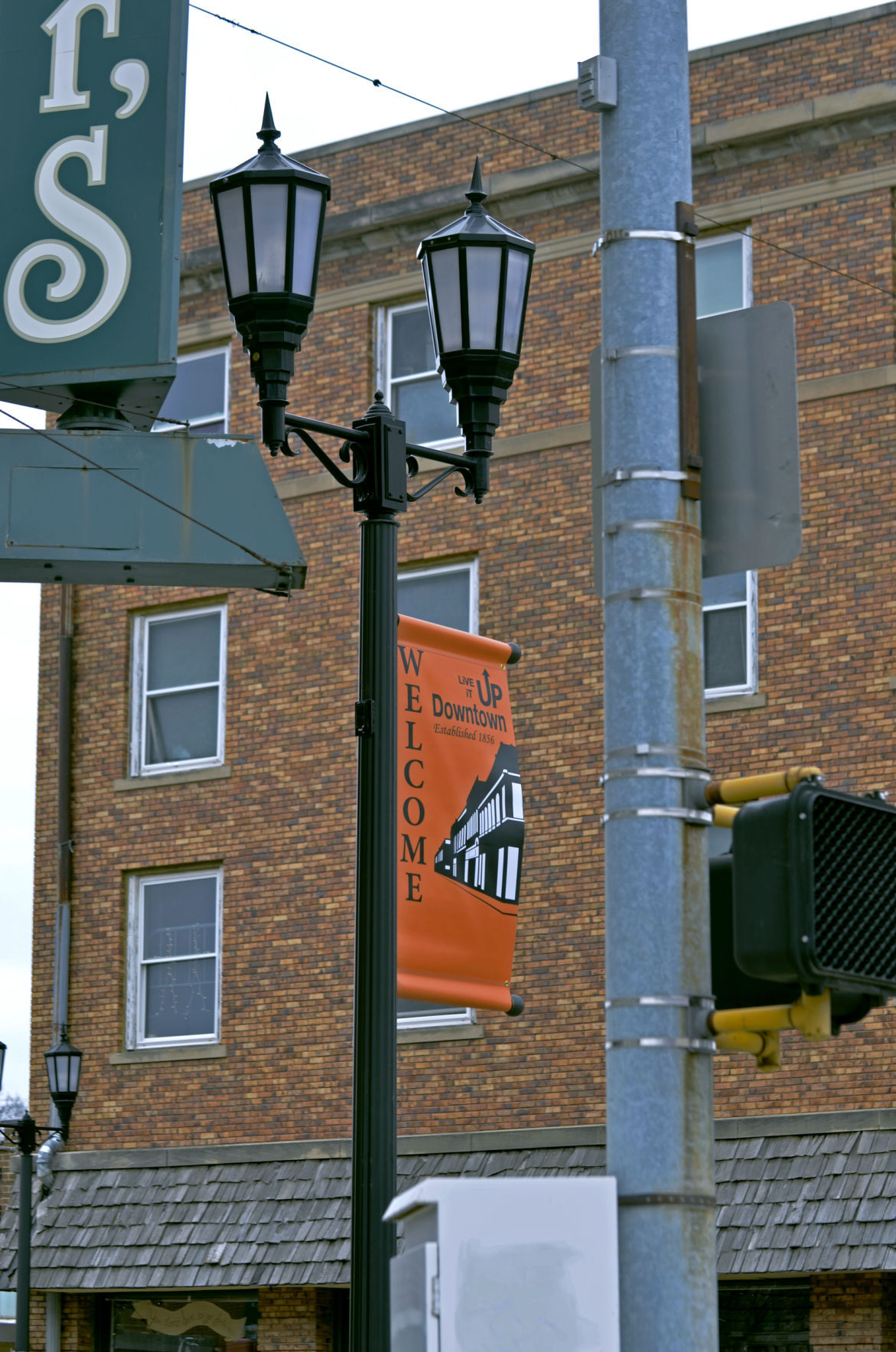 Businesses can advertise on 36 banners attached to downtown light poles that promote the district.

COLUMBUS — With spring right around the corner, it was time for the downtown light poles to get a face-lift.

While driving down 13th and 11th streets, it’s hard not to notice the new mint green and sherbet orange banners hanging along each side of the road.

Though every other light pole dons a different colored sign, the silhouetted image on all 36 poles is the same.

According to Barb Siedlik, coordinator with the Columbus Downtown Business Association, the idea behind the design and banners is to showcase how attractive the downtown district truly is.

“It really is an attractive downtown area. You go anywhere and people notice banners,” she said, adding that she got the design idea from visiting other communities and seeing similar banners downtown. “Plus, it’s a way to make people feel welcomed to the town and community.”

About every three years the downtown poles get new signage, but Siedlik said this is the first time the banners feature merchant names across the bottom.

“It makes them personal,” she said.

This is also the first time the DBA has asked for sponsors since the downtown banners made their debut in 1986, but it wasn't because the association is running low on funds.

“This is a way for our downtown merchants to advertise,” Siedlik said.

In years past, annual membership fees and money raised from the snack stand operated during Lawnchairs on the Square paid for the banners.

Each business was asked to contribute $150 to get its name on both the spring and winter banners, an amount Siedlik said would have been much larger if membership fees and concession money didn't offset some costs.

The banners also feature the phrase “Live it up downtown,” a saying Siedlik said has been around for a while but is just now getting more recognition.

“I don’t think people quite understand how many living quarters we have downtown on the second floors,” she said.

About 30 apartments, located above businesses, can be found within the district, something Siedlik said is impressive for a city this size.

“More and more housing is being offered downtown,” she said. “There is just so much of everything offered here.”

The downtown light poles have new banners in mint green and sherbet orange.

Businesses can advertise on 36 banners attached to downtown light poles that promote the district.