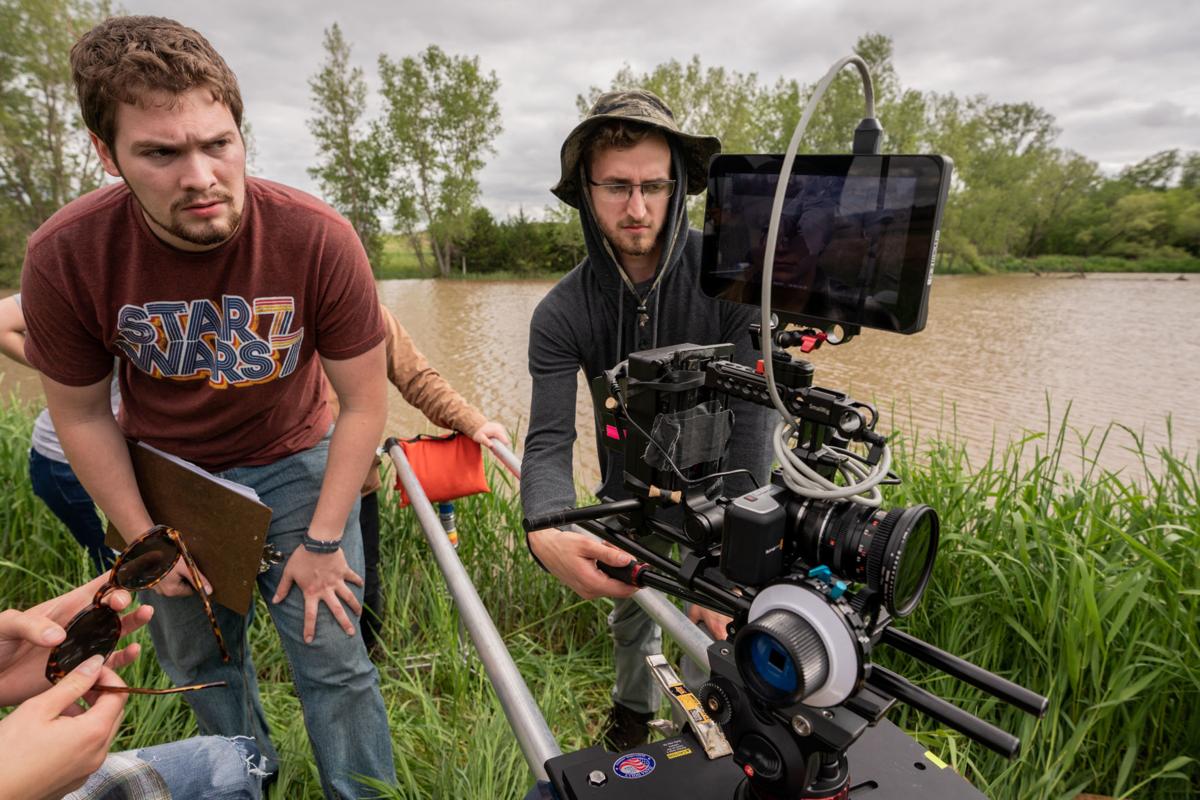 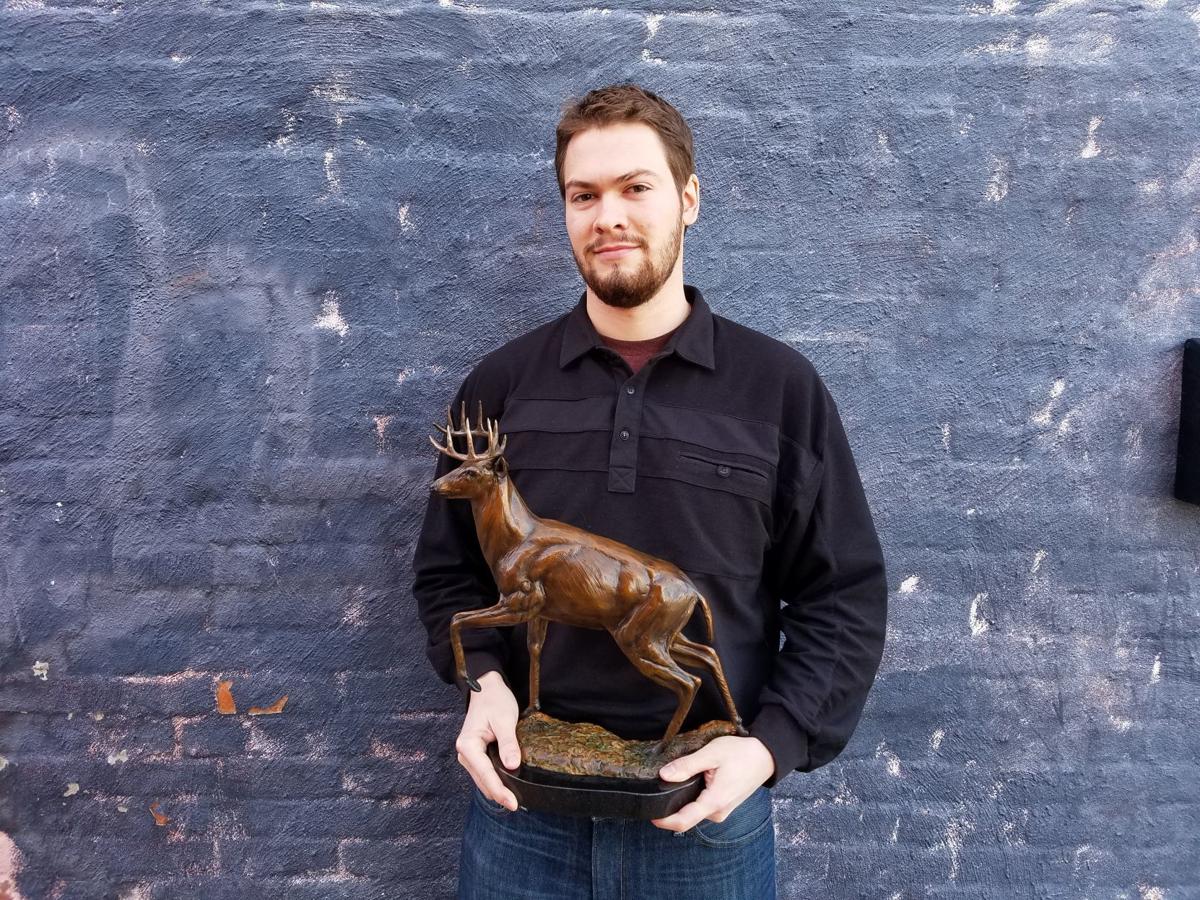 Jack Hoppe shows off one of his sculptures on Jan. 15 while in downtown Columbus. 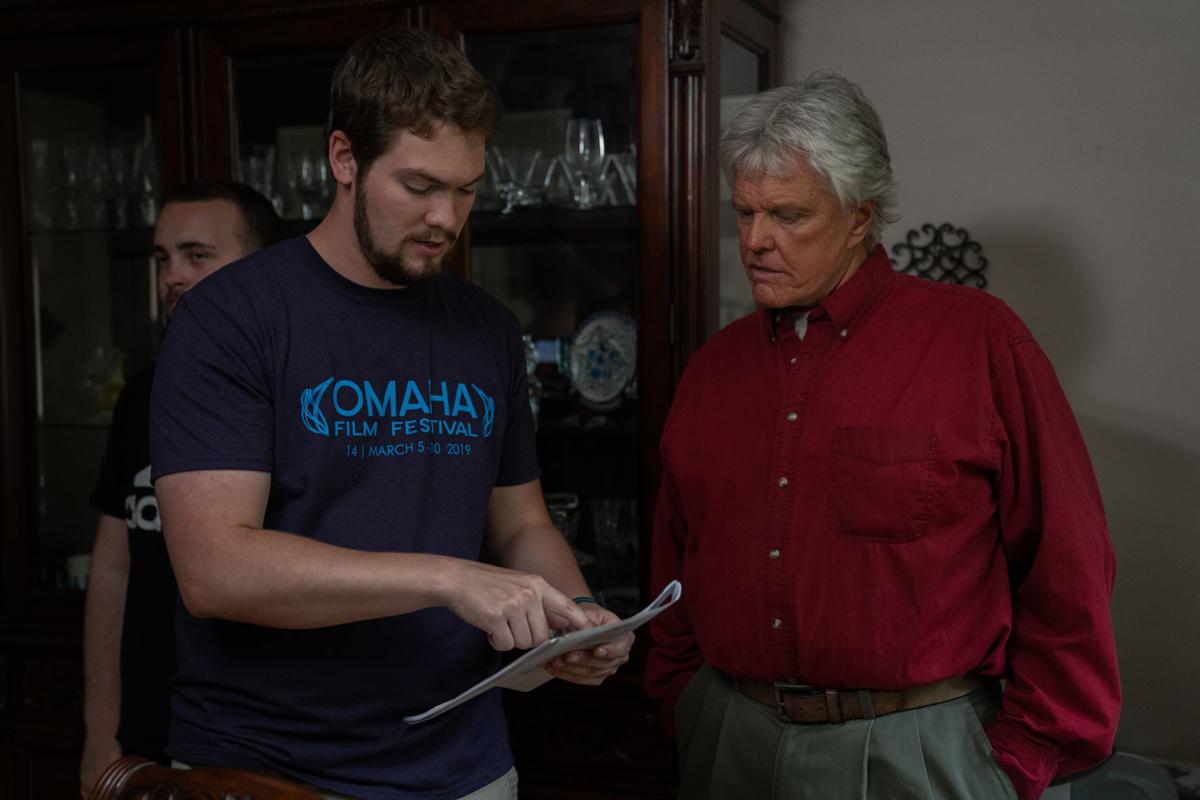 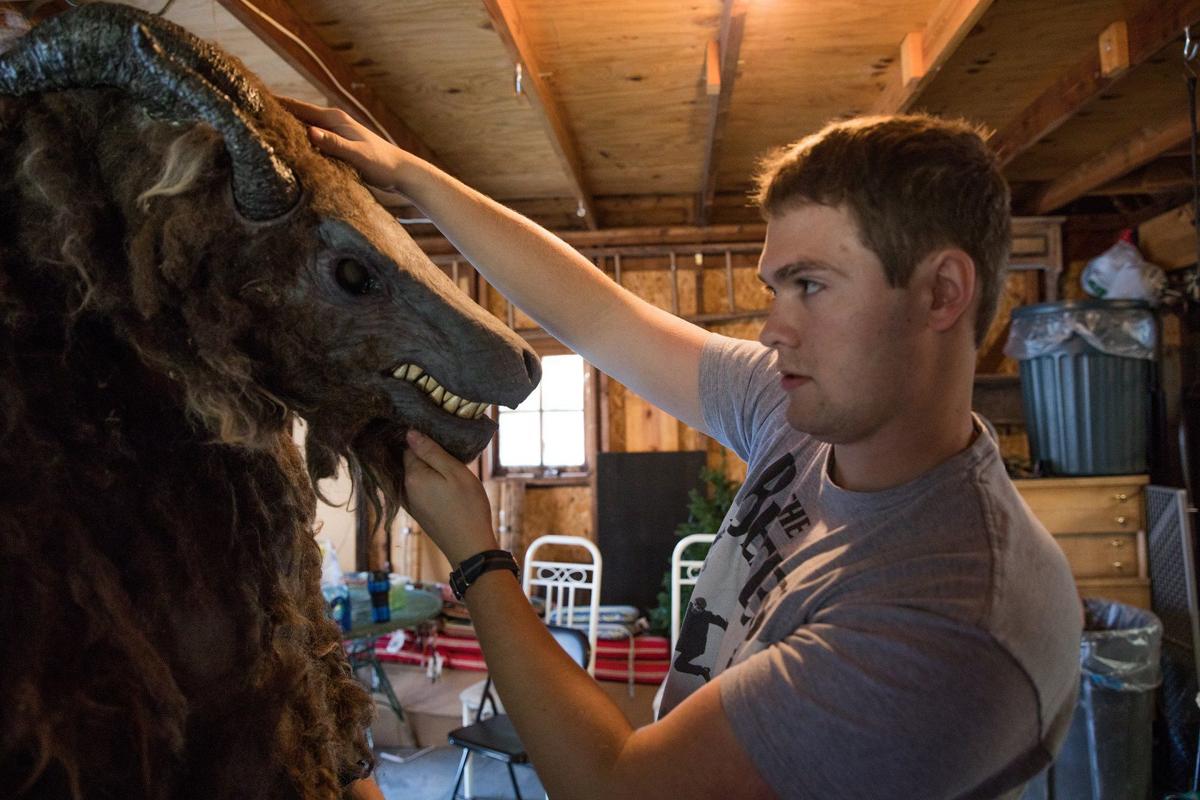 Jack Hoppe fits a creature suit onto an actor.

As the movie concluded, Hoppe was pleasantly surprised by watching others in the crowd.

“People were standing up and clapping in the theater,” Hoppe recalled. “I didn’t know then that you could clap in a movie theater. I didn’t realize a film could create that kind of reaction.”

He would later watch some of the behind-the-scenes makings of the movie and instantly became obsessed with the idea of being a filmmaker.

Fast forward almost two decades later and Hoppe is a 2018 graduate of the Johnny Carson School of Theatre & Film at the University of Nebraska-Lincoln. He’s made five short films over the course of the last three-and-a-half years and is now preparing to debut them for Columbus at an event Sunday evening at the Ramada Hotel and River’s Edge Convention Center, 265 33rd Ave. A cash bar will be featured.

“Everyone from Columbus has always supported me,” said Hoppe, who moved to town with his family about 11 years ago and is a 2014 graduate of Scotus Central Catholic High School. “I just hope everybody enjoys the films and has a nice night. There’s going to be something for everybody.”

The films vary in length – from eight to 20 minutes. Altogether, they run 55 minutes. The movies will start screening consecutively at 6 p.m.; however, there will be plenty going on before and after, as well. The shindig is set to commence at 5:30 p.m. and will allow attendees to view some of Hoppe’s art via his Heartland Artland business.

A son of local sculptor Fred Hoppe, who crafted bronze eagles for the Columbus Police Department, the Pinnacle Bank East location along 23rd Street and the 9/11 tribute at the Andrew Jackson Higgins Memorial in Pawnee Park, the younger Hoppe has sold and will continue to sell his paintings and sculptures to finance his films.

“I don’t like to take something without offering something in return,” he said, noting how Columbus residents purchased prints of his works that helped fund some of the films that will be shown Sunday.

A Q-and-A session will be held after the screenings, giving people the chance to hear from Hoppe about how they came together.

Attendees can expect a variety when it comes to the movies, too. Not wanting to be labeled as a director who sticks to one specific genre, the short films range from comedy and horror to suspense and drama.

“I wanted to dabble in everything, said Hoppe, who wrote and directed all but one of the films. “But they’re all narratives that tell a story.”

His mother, Donna Hoppe, said she, like probably many parents, wasn’t sure what to make of it when her son initially told her he wanted to pursue film as a career. But, she’s been supportive and noted that it made total sense. She recalled how a 4-year-old Jack pleaded with her to let him come along with the family to see Disney’s animated feature “Mulan” back in the 1990s.

“His chair was all folded up, but he sat there and watched the whole movie,” she recalled. “When Jack says he’s going to do something, he’s going to pursue it as best he can. He just loves movies and he loves art.”

She added she’s looking forward to her son being able to share his films and art with the community, noting how residents have supported him throughout the years.

“I’m pretty proud of him because he really does work hard and it’s a pretty difficult field,” she said. “I’m pretty excited because he’s a talented guy not only in his film work but also with his art.”

Hoppe’s cast and crew for all of the films were fellow students of the Johnny Carson Theatre & Film School. He filmed all of the projects in the Lincoln area, too. But, he’s looking forward to showing Columbus what he has been up to the last few years. His hope is to eventually transition into feature films.

“This has always been something I felt like I was intended to do,” said Hoppe, who has been inspired by the works of prolific directors like Steven Spielberg and Peter Jackson. “I always felt like it’s what I should do with my life.”

Jack Hoppe’s art/movie screening will kick off at 5:30 p.m. Sunday at the Ramada Hotel and River's Edge Convention Center. The films begin at 6 p.m. Entry is free.

“Trading Faces” – A comedy about two college friends who rip off each other’s faces and live each other’s lives even though it’s blatantly obvious they’re wearing severed faces. Hoppe called the film a comedic version of “Face/Off,” though acknowledged he wasn’t aware of the 1997 action thriller until after he had made his movie.

“Breakdown” – A brother and sister are in the middle of moving to L.A. when their car breaks down. They have to deal with one another while getting things figured out. This is the only film Hoppe didn’t write, as it was for a directing class. Due to poor audio issues on set, he brought the actors into a sound room and rerecorded their lines in post-production. (Comedy)

“Stewart” – A brother tries to enjoy a night off while his annoying little sister and her imaginary friend try to ruin it. (Suspense)

“Bamboozle” – A girl is interviewing a homeless man for a project when she discovers looks can be deceiving. (Suspense)

“Coming Home” – A father tries to come to terms with the fact his daughter is missing and that she may never be found. (Drama)

The eagle has landed at the new Columbus Police Department – literally.

Jack Hoppe shows off one of his sculptures on Jan. 15 while in downtown Columbus.

Jack Hoppe fits a creature suit onto an actor.