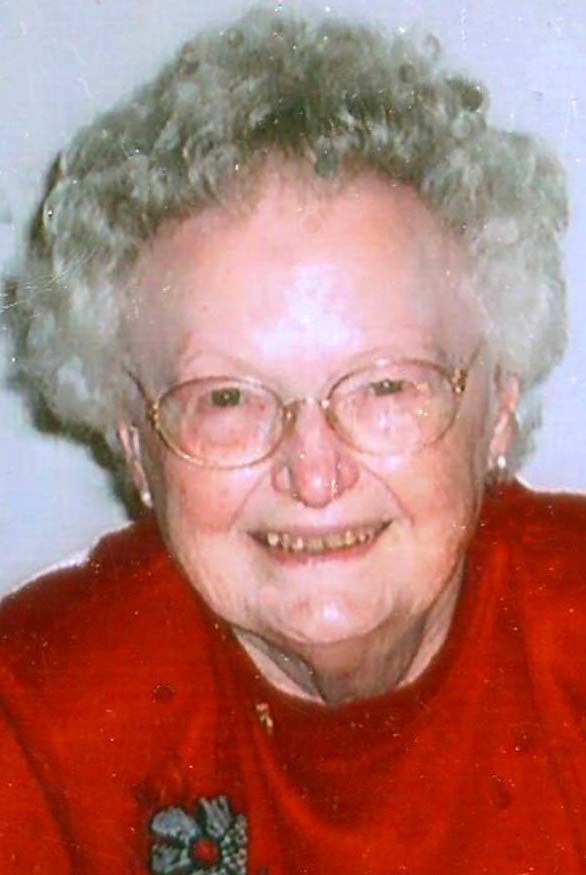 A Memorial Mass will be held at a later date. Visitation will be from 1-5 p.m. on Sunday, March 29, at McKown Funeral Home. In compliance with COVID-19 restriction set by the CDC, no more than 10 people will be allowed in at one time. We have extended visitation hours to accommodate this requirement. Burial will be in the St. Bonaventure Cemetery.

Cecilia Joan Zoucha was born June 28, 1920, in Nance County, to Konstanty and Marianna (Gembica) Rinkol. She was the last of 15 children born on the family farm. Cecilia went to school at District 26 until the sixth grade, and then at Boone until the tenth grade. She then attended Sts. Peter & Paul School in Krakow for one year.

On Jan. 16, 1946, Cecilia was united in marriage to Frank P. Zoucha at Sts. Peter & Paul Church – Krakow. They lived on a farm by Albion before moving to Columbus. Cecilia was a homemaker and worked at Swift Company and Dale Electronics. She was a member of St. Anthony Church, St. Theresa Sodality, Legion of Mary, First Saturday Holy Hour for priests, Perpetual Holy Hour and Pro-life Holy Hour. Cecilia enjoyed going to daily Mass, crocheting, embroidery, reading and watching TV

Mass of Christian Burial will be held in a private manner. Visitation will be from 1-5 p.m. on Thursday, March, 26, at McKown Funeral Home. In compliance with COVID-19 restriction set by the CDC, no more than 10 people will be allowed in at one time. We have extended visitation to accommodate this requirement. Burial will be in the Ss. Peter & Paul Catholic Cemetery-Krakow.

Virginia Syslo was born April 11, 1927, in rural Boone County, to John and Elizabeth (Drozd) Czarnick. She graduated from Genoa High School in 1943, and taught in rural Platte and Nance Counties for eight years. Virginia and Henry (Hank) Syslo were married on Nov. 28, 1946, at St. Rose of Lima Catholic Church in Genoa, and began a happy life as a Nebraska farm wife. Two children were born to this union: Mark James on Nov. 20, 1947, and Stephanie Kay on April 13, 1953.

Virginia was active in church and community organizations. She was a member and served as officer in the Council of Catholic Women, American Legion Auxiliary, Nebraska Extension Clubs, National Farmers Organization, and as organist, choir director, and soloist in her parish churches.

She is survived by her brother, Gerry Czarnick of Columbus; sisters-in-law, Connie Czarnick, Margie Syslo and Celestine Syslo; and brother-in-law, Charles Syslo.

Condolences may be directed to www.mckownfuneralhome.com. 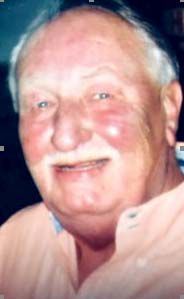 Mick was born Oct. 6, 1945, in Schuyler, to Ted and Pauline (Holoubek) Longacre. He attended Schuyler High School and went on to become a proud U.S. Navy Veteran. Mick enjoyed golf, cooking for others, making people laugh, and loved his dogs.

He was preceded in death by his parents; and sisters, Gayle Ladehoff and Linda Gilbert.

Visitation will be from 1-8 p.m. on Wednesday, March 25, at Levander Funeral Home in Albion. In an effort to keep our community safe, we strongly encourage those feeling ill or who are part of an at-risk population (e.g., the elderly or immune-compromised, etc.) to please stay home. In compliance with COVID-19 restrictions set by the CDC, no more than 10 people will be allowed in at one time. In order to accommodate this, we have extended visitation hours and encourage visitors to come throughout the day. During visitation, social distancing methods of no hugging or hand shaking will be practiced. There will be a private family service with burial to follow at Hope Cemetery in Newman Grove. There will be a Celebration of Life held for Ted at a later date. There will be a video of the funeral service on Ted's page of our website later this week.

Condolences may be sent to the family at www.levanderfuneralhome.com. 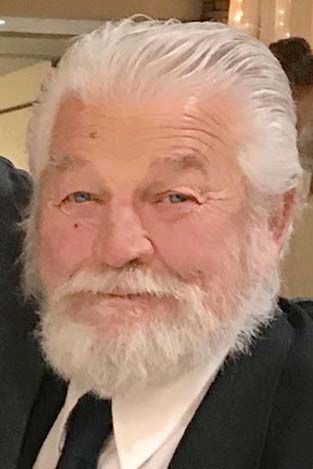 A Celebration of Jerry's Life will be announced by the family at a later date. Memorials may be directed to the Howells Community Fund Endowment Account or to donor's choice. Because we cannot gather to visit in the time of COVID-19, we ask that you please share stories or pictures with the family via the Minnick Funeral Service, Inc. website or by mail to his family.

Jerry was born July 27, 1947, in Slayton, Minnesota, the second son of Roy G. and Bernice (Jasper) Heard. Raised as a farm kid near Woodstock, Minnesota, Jerry learned early how to work hard, driving tractors and trucks from a young age. He attended country schools and Woodstock Elementary Grade School, and graduated from Pipestone High School Class of 1965

Jerry served in the Army briefly following graduation and moved to northern California, working in construction and driving a milk truck. In 1977, he moved back to Woodstock to buy his father's grain and cattle trucking business. On Sept. 8, 1984, he married Kathryn Wisnieski at Immanuel Lutheran Church in Dodge. They purchased their farm home near Howells from her aunt and uncle, and raised two sons, Troy and Travis. Jerry owned and operated Heard and Wisnieski Transportation with his brother-in-law, J. Mark Wisnieski, hauling grain and feed for the Howells Elevator. After selling the trucking business, he went to work for the Colfax County Department of Roads. He ran for the office of Colfax County Commissioner and served three terms for a total of 24 years of service to the county. Until the time of his death, he also owned his own trucking company and farmed with sons Travis and Troy.

In his spare time, Jerry really enjoyed golf, camping and especially watching his grandchildren's sports and activities. He was always willing to assist with volunteer work, helping wherever needed and rolling his eyes smiling when Kathy and her friends got another great idea! He loved working on his sons' project trucks, big and small.

He is survived by his wife, Kathy of Howells; son, Troy and wife Merinda, Parker, Preston and Kennedy of Wichita, Kansas; son, Travis and wife Tonia, Carson and Addison of Howells. Other survivors include brother, Jim and wife Sara Heard of Edgerton, Minnesota; sister, Mary and husband Gary VanderTop of Woodstock, Minnesota; sister, Nancy and husband Randy Janssen of Woodstock; brother, Dan and wife Connie Heard of Brandon, South Dakota; sister-in-law, Janet and husband Tom Mlnarik of Bellevue; many nieces and nephews, aunts, uncles and cousins. 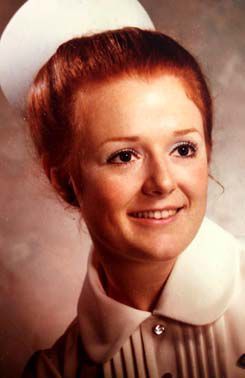 Janice Kucera, 67, of Clarkson, died Friday, March 20, 2020, at the Buffett Cancer Center in Omaha, surrounded by her family

There will be a visitation from 3-6 p.m. on Wednesday, March 25, (without the family present), at Gass Haney Funeral Home in Columbus. Please note that a limited number will be allowed in at any one time during the visitation. Private family interment will be in the Fairview Cemetery in Creston, with Rev. Brad Birtell sharing some thoughts with the family. A public memorial service will be held at St. John's Lutheran Church (12.5 miles north), rural Columbus, at a later date. No flowers or plants are requested at this time.

Janice was born in Columbus on June 14, 1952, to Dallas and Esther (Anson) Sander. After graduating from Leigh High School, she enrolled at Bishop Clarkson Memorial Hospital School of Nursing (Clarkson College of Nursing). She graduated on May 18, 1974, and began her 46-year nursing career at Clarkson Hospital in the dialysis unit. On Nov. 6, 1976, Janice married “her man” at St. Paul's Lutheran Church in rural Leigh. The couple was blessed with the birth of three sons: Will, Joel and Ross

After their marriage, Janice worked at the dialysis unit at Lutheran Hospital in Norfolk. During her career she also worked in various other departments: medical/surgical, floor nurse and most recently in cardioadiology. She retired from Faith Regional Health Services in Norfolk on Feb. 19, 2020.

Janice's care for others carried over into her personal life. She provided care for Loren's uncle and mother as they neared the end of their lives. In addition, Janice, along with her sisters, provided care for their parents.

Janice had a green thumb and enjoyed working with many different flowers and plants. Other hobbies included sewing, crocheting and knitting. But her favorite pastime was spending time with her grandchildren.

Janice was preceded in death by parents, Dallas and Esther Sander. 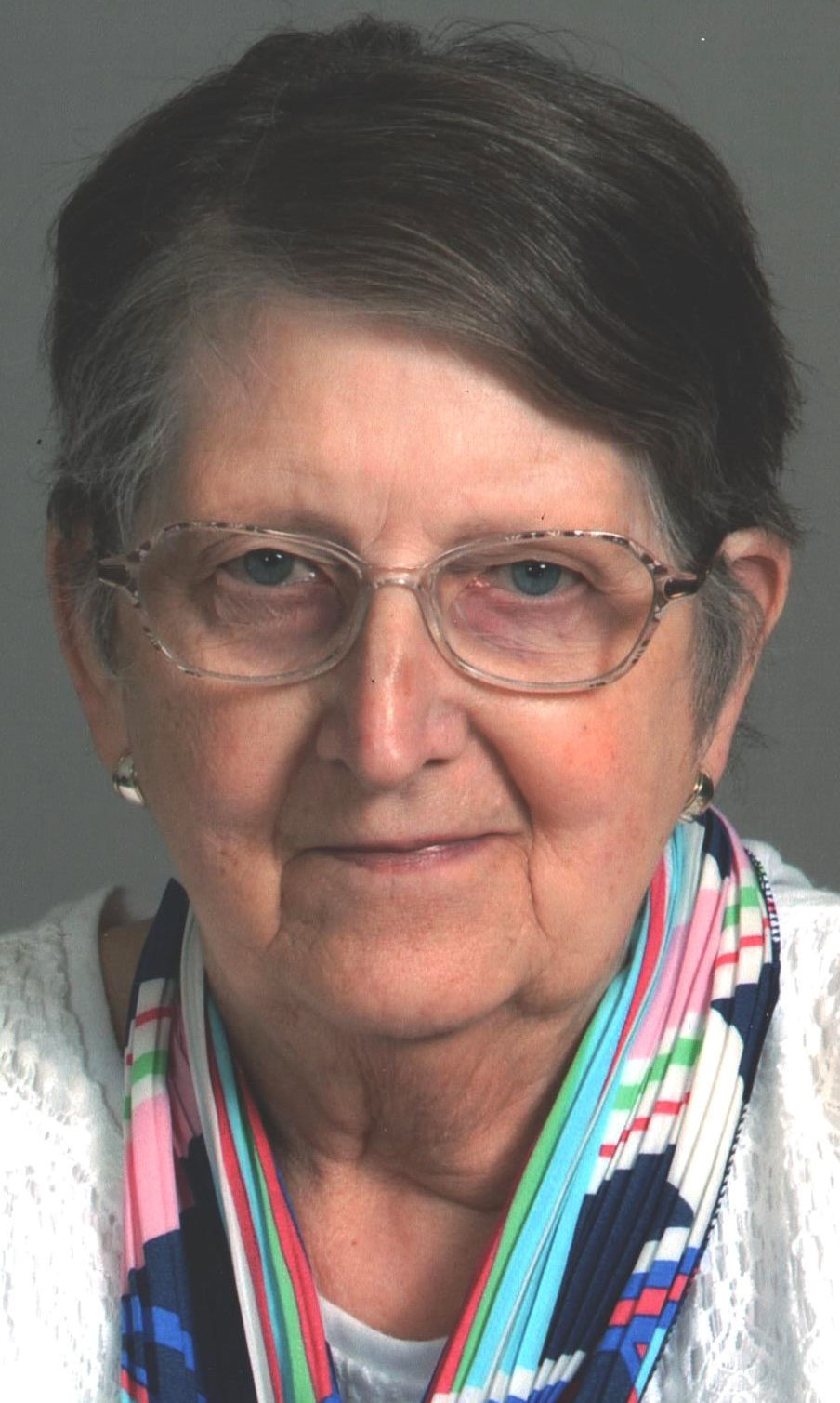 Roberta Buresh, 84, of Columbus, passed away Monday, March 16, 2020, at Emerald Nursing and Rehab in Columbus.

Due to the growing concerns of the COVID-19 outbreak, a memorial Mass will be announced when scheduled.

Roberta (Czapla) Buresh was born to Andrew and Emma (Bugay) Czapla on July 20, 1935, near Fullerton. She went to school by Fullerton until the sixth grade when the family moved to Bruno in March of 1947. Roberta graduated from David City High School in the year 1953. She then went to work for Hested's store, which was a dime store, from August of 1953 until February of 1960.

On Sept. 22, 1959, Roberta was united in marriage to Anton C. Buresh at Assumption Catholic Church in Appleton. To this union, three children were born: Beverly, Karen and Roberta. In September 1966, Anton became ill quickly and passed away suddenly on Oct. 4, 1966. Roberta had a farm sale and moved her family to David City in 1966. In 1971, Roberta and her daughters moved to Columbus. She worked 28 years at Becton Dickenson from April 1972 until her retirement in 2000.

She practiced her Catholic faith in many ways, including Mass, praying the rosary, being a perpetual adorer at St. Anthony's for over 10 years, St. Theresa Sodality member, volunteering to serve lunch to the elementary children and more.

Roberta was known for her gift of baking and sharing her kolaches, pierogis, and many other Polish dishes. She loved her children, grandchildren and great-grandchildren dearly.

Karolen K. Johnson, 76, of Norfolk, passed away March 17, 2020, at the Heritage of Bel Air in Norfolk. Services pending with Home for Funerals.

QUIZ: How well can you spell?