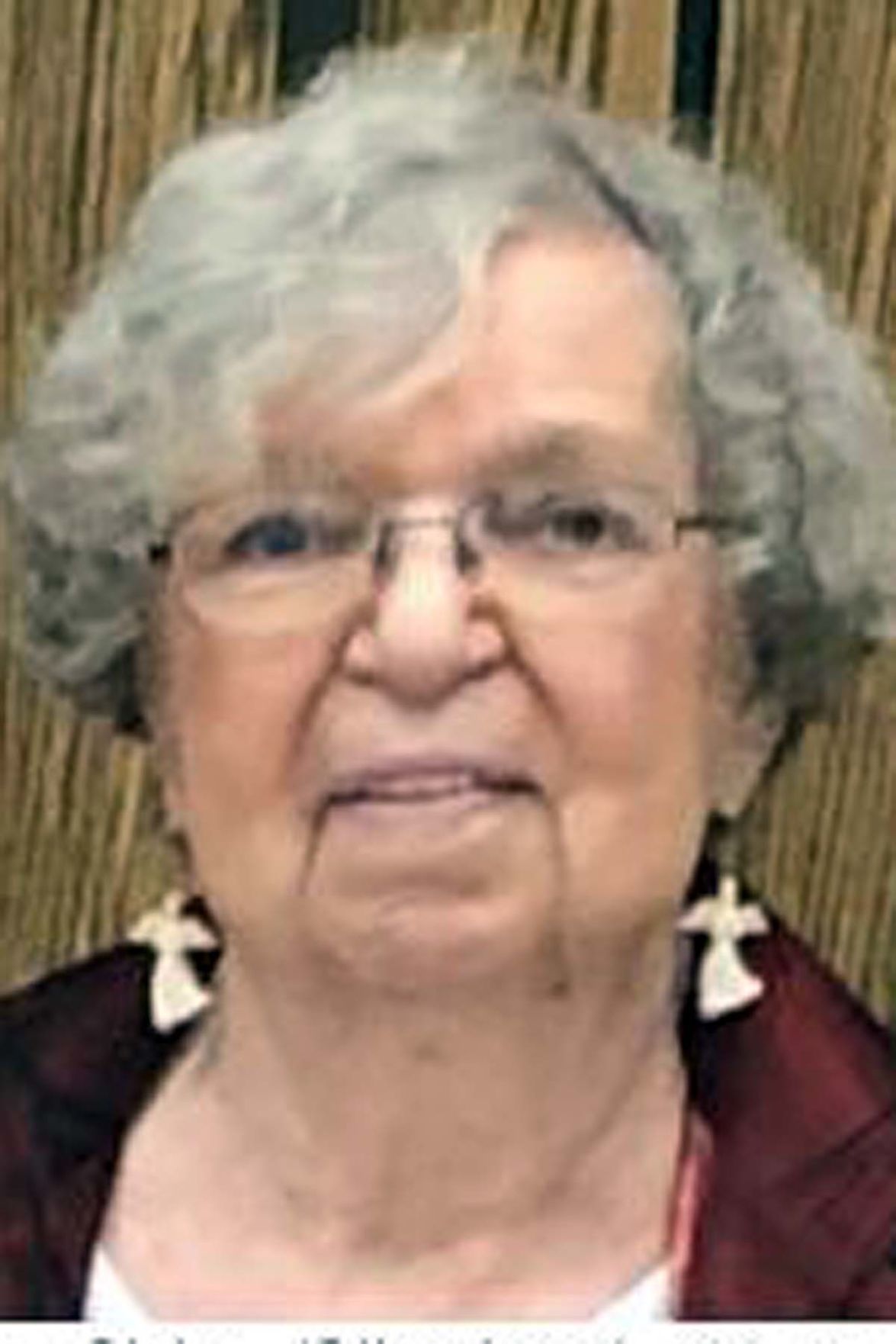 Interment will be at Genoa Cemetery at a later date to be announced.

She was preceded in death by her parents; and sister, Mabel. 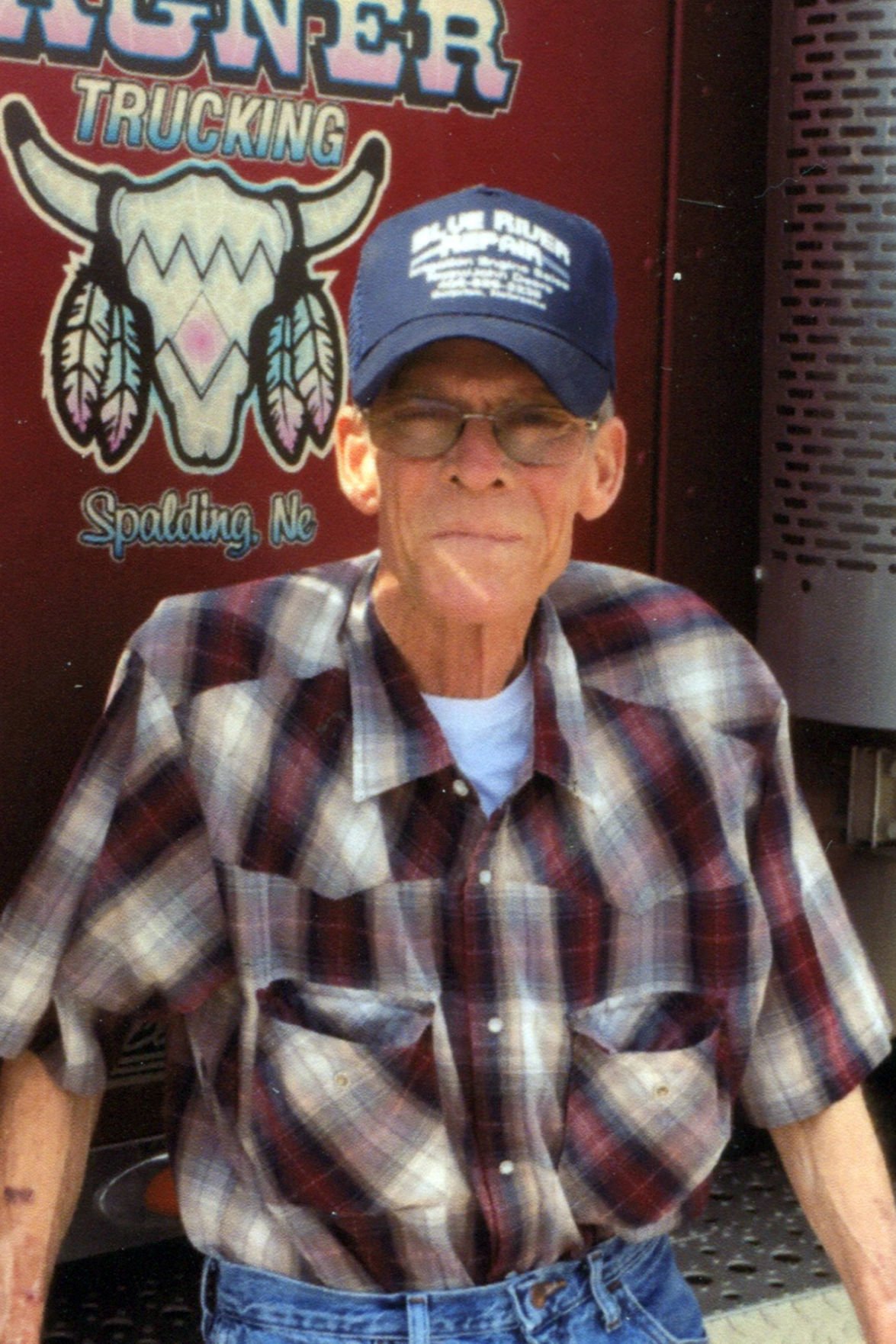 Benjamin Richard Wagner Jr., 62, of Rising City, formerly of Spalding, passed away Sept. 9, 2019, at the Veterans Affairs Community Living Center in Grand Island, after a two year battle with cancer.

Memorial services will be held at 10:30 a.m. on Monday, Sept. 16, at Dubas Funeral Home in Osceola. Visitation will be one hour prior to the service. Inurnment will be in the Shelby Cemetery with Military Rites by Shelby Legion Post #296. Memorials are suggested to the family in lieu of flowers to be designated later.

Benjamin was born Dec. 19, 1956, to Benjamin Richard Sr. and Carolyn Jane (Engel) Wagner in Canton, Ohio. He graduated from Shelby High School in 1975. Following graduation he served in the United States Navy from Jan. 9, 1978, and received an honorable discharge Jan. 8, 1982. He served aboard the USS Samuel Gompers AD37 stationed at San Diego.

Ben worked at various jobs before starting his own business of Wagner Transfer and Trucking which he operated for many years. Ben especially enjoyed God's nature and animals.

He was preceded in death by his parents, Ben Sr. and Carolyn Wagner. 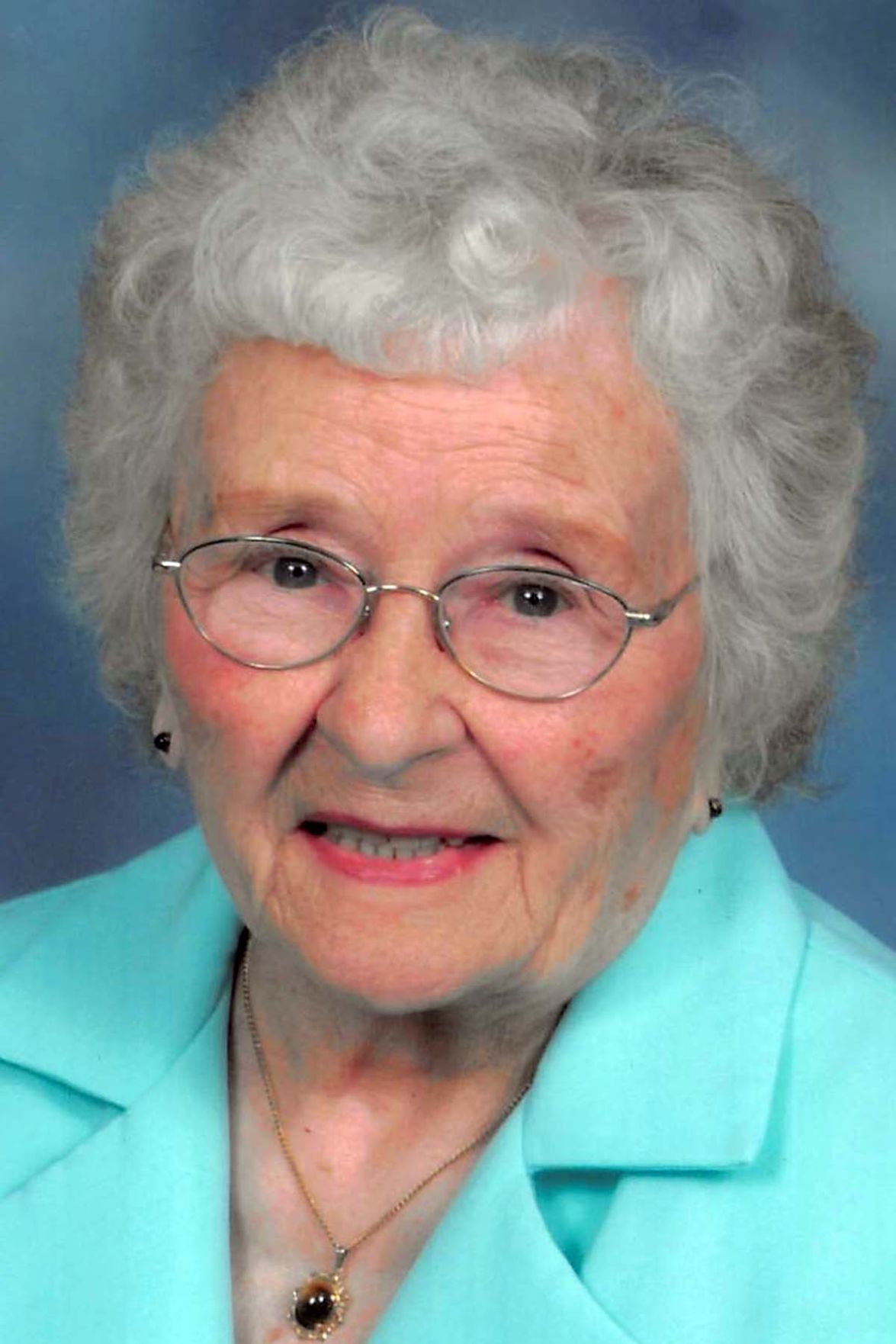 Monica Josephine Micek was born July 13, 1921 in Osceola, to Charles and Tillie (Molczyk) Kaczor. On Nov. 16, 1943, she was united in marriage to Tony H. Micek at St. Mary's Catholic Church-Pilsno. Monica was a devoted farm wife and mother for many years. She proudly accepted the Aksarben Pioneer Farm award in 1997 with her son, Jim. Monica stayed on the farm until she moved to Columbus. In 2013, she moved to Osceola Good Samaritan Center where she was well cared for and enjoyed her later years in comfort. Monica enjoyed gardening, crocheting, cooking, visiting with her many friends, going for walks and listening to Polish music.

Monica was a member of St. Lawrence Church in Silver Creek where she had previously served on the parish council, the Altar Society, and the Golden Age Society.

She is preceded in death by husband, Tony Micek on March 23, 1973; parents, Charles and Tillie Kaczor; brothers: Martin, Philip, and Mark Kaczor.

Remembrances can be sent at www.mckownfuneralhome.com

A memorial celebration of Steve's life will be held from 5-8 p.m. on Friday, Sept. 13, at the St. Rose of Lima Catholic Church Social Hall in Genoa.

Condolences may be sent to www.Ramaekersfh.com 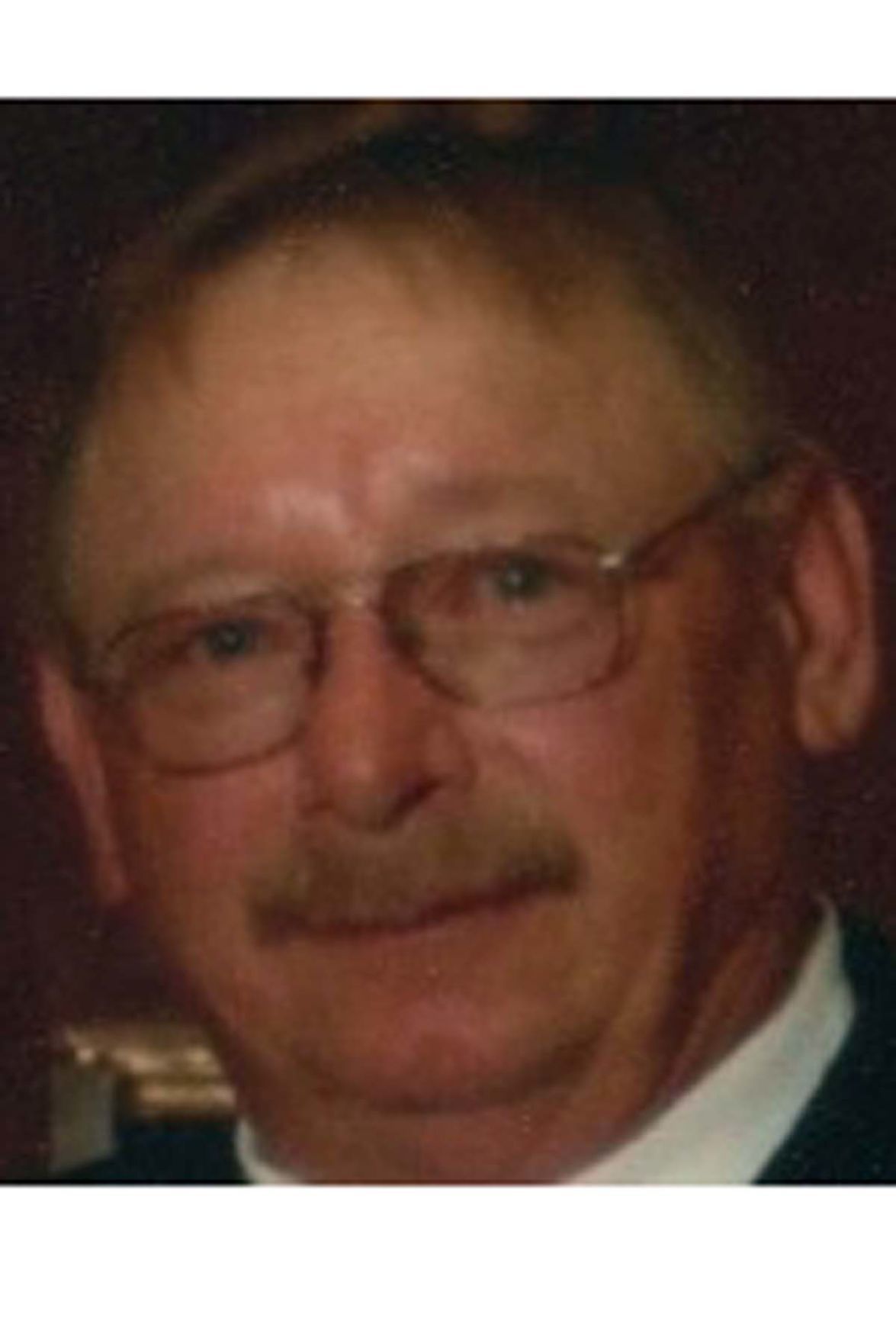 A Celebration of Life will be held from 2-4 p.m. on Friday, Sept. 13, at McKown Funeral Home in Columbus.

Jesse was born Dec. 23, 1955, in Columbus, to Boyd and Clara Hopkins. Jesse married Brenda Ohlmann in Montrose, Colorado on March 29, 1984. They have lived in Morgan County for over 35 years. Before retiring, Jesse worked for Cargill Meat Solutions. Jesse enjoyed farming, hunting and fishing, and prospecting precious metals.

Survivors include his wife, Brenda; two children, Eric and Jennifer; one sister, Jill; and two brothers, Jeff and Jake.

He was preceded in death by one sister, one brother, and his parents.

Condolences may be left at www.mckownfuneralhome.com 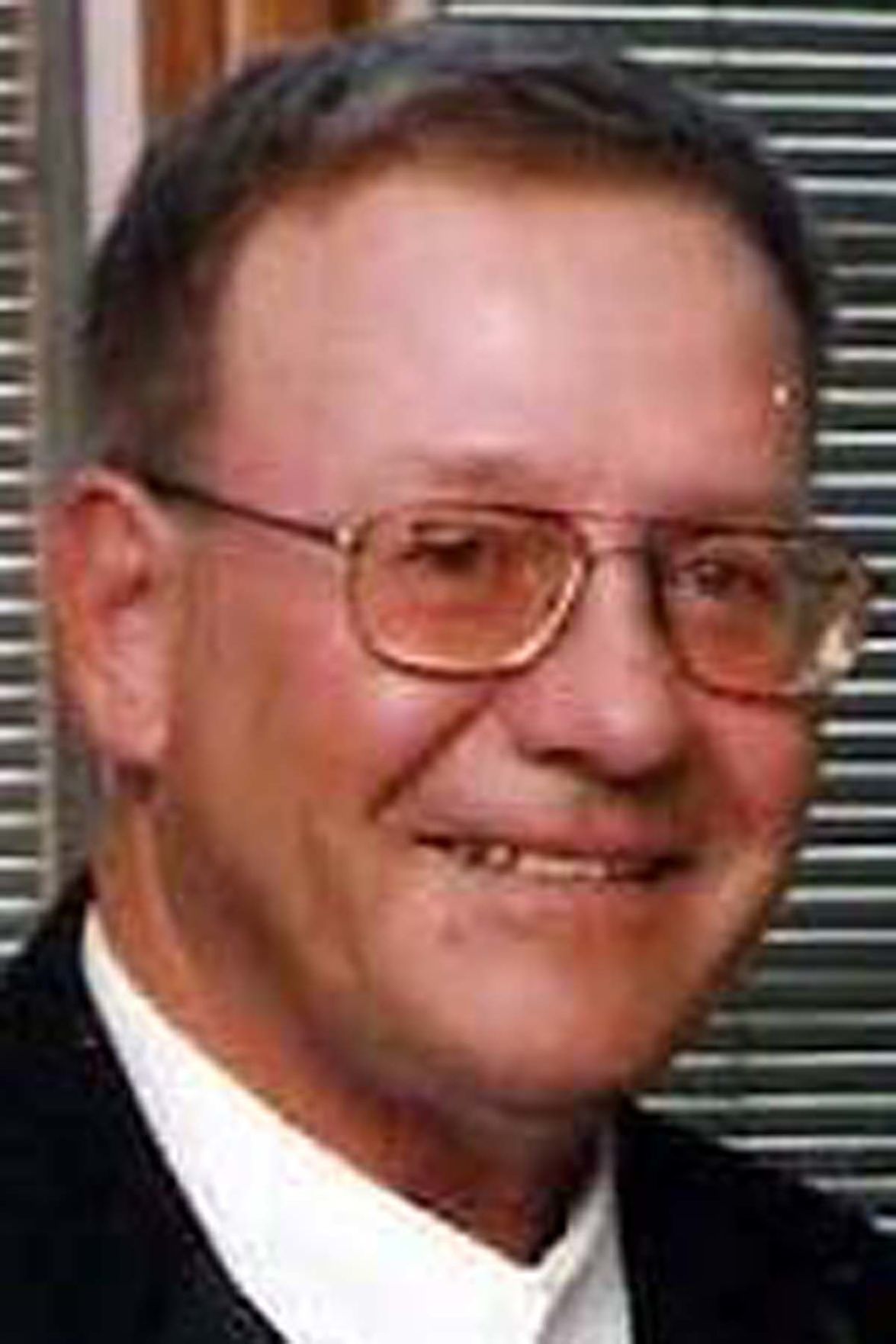 Condolences may be sent to the family at www.levanderfuneralhome.com 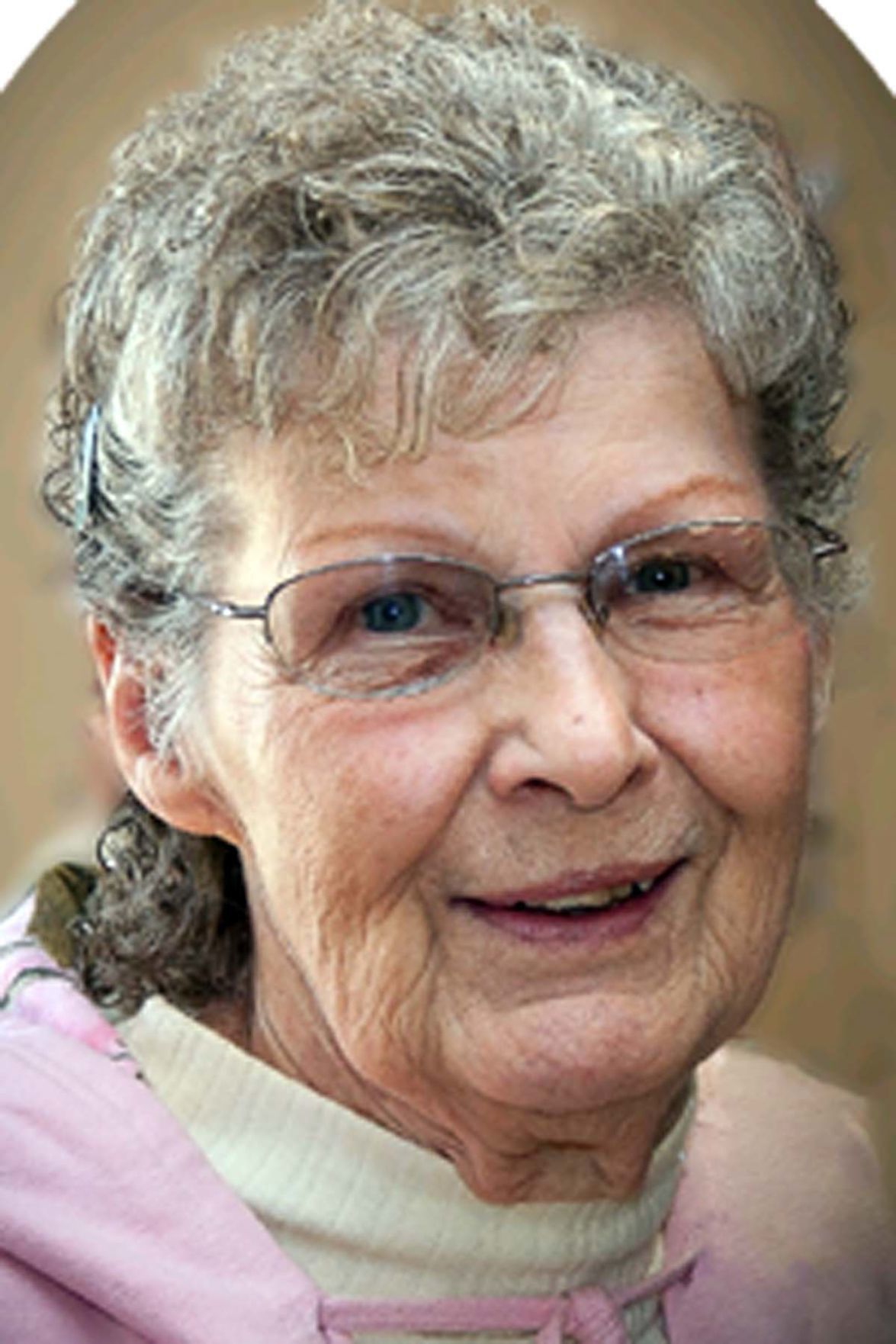 The funeral service will be held at 10:30 a.m. on Thursday, Sept. 12 at St. John's Lutheran Church, 12.5 miles north of Columbus, with the Rev. Brad Birtell officiating. Interment will be in St. Michael's Catholic Cemetery in Tarnov. Visitation will be from 5-7 p.m. on Wednesday, Sept. 11 at Gass Haney Funeral Home, and will continue from 9:30 a.m. until service time on Thursday at the church. There will be a family prayer service at 10:15 a.m. on Thursday at the church. Memorials are those of family choice.

Gloria Jean Campbell was born June 20, 1934, in Norfolk, to John Sr., and Sadie (Klug) Mrsny. She was baptized and confirmed at Christ Lutheran Church in Norfolk. Gloria attended Christ Lutheran Grade School and graduated from Norfolk High School in 1953. She worked at Tastee Treet and the phone company in Norfolk.

On Nov. 7, 1953, Gloria was united in marriage to Joseph “Joe” Campbell in Norfolk. The couple moved to Denver in 1954. In 1979, they moved back to Nebraska and purchased the Tavern in Tarnov. Joe died suddenly on his birthday in 1980, leaving Gloria to run the Tavern on her own for the next 34 years. She was a member of St. John's Lutheran Church. Gloria enjoyed gardening, canning, watching her westerns, and visiting with her many grandchildren, great-grandchildren, her many customers and friends. 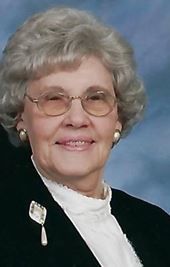 The funeral service will be at 10:30 a.m. Saturday, Sept. 7, at the Gass Haney Funeral Home with Kevin Bennett officiating. Interment will be in the Roselawn Memorial Cemetery. Visitation will be from 9:30-10:30 a.m. on Saturday at the funeral home. Memorials suggested to Highland Park Evangelical Free Church.

Elvera was born May 10, 1923, in Creston, Nebraska, to John and Martha (Prang) Husmann. She graduated from Creston High School in Creston, where she later married Harold Hassebrook on Dec. 10, 1941. The couple farmed for several years in the Creston and Platte Center area. In 1953 they moved to Chicago for a short time before moving back to Nebraska, where her husband took over his father's business of Hassebrook Produce in Columbus. In 1957, they opened Hassebrook Farm Service, where she worked as a bookkeeper and later their two sons joined the family business after graduating from college. After retirement in 1987, they enjoyed extensive travels in other countries as well as the United States.

Elvera has been a member of Highland Park Evangelical Free Church since 1951. She was a deaconess in the earlier years and she taught Sunday School there.

Elvera was preceded in death by her parents, John and Martha Husmann; husband, Harold Hassebrook; and son, Dale Hassebrook. 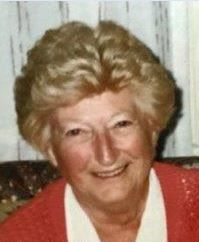 Kathleen Ann Gilmore Powers passed away peacefully Sept. 1, 2019, at her home in North Falmouth, Massachusetts, surrounding by her loving family.

Visiting hours will be held from 8:30-10:15am on Thursday, Sep. 5th in the Chapman, Cole & Gleason Funeral Home, 475 Main St., Falmouth. A funeral Mass will be celebrated at 11 a.m. at St. Elizabeth Seton Church, 481 Quaker Road, North Falmouth. Burial will follow 12:30 p.m. in the Massachusetts National Cemetery, Bourne, Massachusetts. In lieu of flowers, memorial donations may be made to the Alzheimer's Association at www.alz.org. For online guestbook, obituary and directions, visit www.ccgfuneralhome.com. 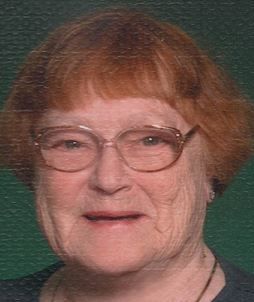 Mass of Christian Burial is 11 a.m. Friday, Sept. 6, 2019, at St. Isidore Catholic Church with the Rev. Michael Swanton officiating. Visitation is from 5-7 p.m. on Thursday with a 7 p.m. vigil service at McKown Funeral Home. Visitation continues from 10-11 Friday morning at St. Isidore Church. Interment is in St. Bonaventure Cemetery.

Burnetta O. “Burnie” Kratky was born May 9, 1929, in Beatrice, Nebraska, to Wilbur and Alice (VanBuskirk) Yarger. She graduated from Beatrice High School in 1947. She married Joseph C. Kratky on Jan. 18, 1952, in Beatrice. The couple made their home in Columbus where Burnie worked for the telephone company and at the Girl Scout office. She mostly enjoyed spending time with her family and friends. Burnie and Joe were regulars at Glur's Tavern on Thursday nights for cheeseburgers and on Sundays at the Cheloha home for dinner. Following dinner, they would go to Sunday dances in the local communities. Burnie also loved reading having read over 3,000 books in her retirement. She also enjoyed knitting, crocheting, sewing, crafting, making quilts and baking.

The family will be gathering this week at Burnie's home, 820 Becton St. 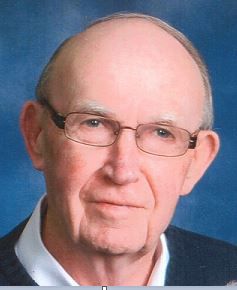 Memorials are suggested to the family to be designated at a later date. Condolences may be sent to the family at www.soltwagnerfuneral.com.

Samuel Doak Bell, was born on Feb. 19, 1933, in Superior, Nebraska, to John and Lucy (Keifer) Bell. Sam grew up near Chester, Nebraska, graduating from Chester High School in 1951. Following his graduation, Sam attended the University of Nebraska-Lincoln. He graduated in 1955 with his teaching degree. His first teaching job was at Laurel, Nebraska. He was then a teacher, school administrator and coach at Western Nebraska. He would go on to be an administrator at Stromsburg, Coleridge, Aurora, Exeter, Albion, Axtell, Lodge Pole, and again at Stromsburg.

On June 19, 1955, Sam married Glendora Irene Clausen in Chester, Nebraska. In 1956, Sam joined the United States Air Force. While serving in the armed forces, Sam and Glenny would make their home in North Carolina, Colorado, and Illinois. Following his honorable discharge in 1957, they lived in several Nebraska communities, eventually settling in Stromsburg.

Sam was a member of the Evangelical Free Church in Stromsburg. He was also a member and past president of Sigma Chi, as well as the Lion's Club. Sam was an avid golfer, but his greatest enjoyment came from spending time with his family, especially his grandchildren and great-grandchildren.

Those left to cherish his memory are his children; Melissa and Kirk Kunze of Long Pine, Nebraska, Jim and Kris Bell of Lancaster, California, Jane and Bill Wernsman of Loveland, Colorado, Tom and Shelly Bell of South Sioux City, Nebraska, and John and Adina Bell of Omaha, Nebraska; his sisters; Julie Fuchs of Belden, Nebraska; 17 grandchildren; and 10 great-grandchildren.

He was preceded in death by his parents; his wife, Glendora; his brothers, John and Barbara Bell and Warren Bell, his brother-in-law; Lawrence Fuchs, his nephew; Roger Fuchs, and his great-nephew, Tony Day. 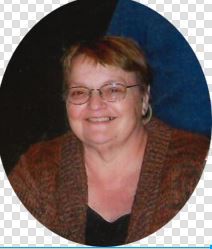 A Memorial Mass of Christian Burial will be at 10:30 a.m. on Friday, Sept. 6 at SS Cyril and Methodius Catholic Church in Clarkson with Fr. Rodney Kneifl celebrating the Mass. Visitation will be from 4-7 p.m. on Thursday with a 7 p.m. Vigil service. Visitation will continue on Friday from 9:30 a.m. until service time, all at the church. Interment will be in Clarkson Catholic Cemetery. Memorials are suggested to the Clarkson Library, Clarkson Museum, or the Clarkson Youth Program.

Nancy Doernemann was born Nov. 20, 1952, in West Point, Nebraska, to Leonard and Gladys (Barta) Karel. She graduated from Clarkson High School and attended Kearney State College in Kearney, Nebraska, for two years. On Nov. 29, 1974, Nancy was united in marriage to Daniel Doernemann at SS Cyril & Methodius Catholic Church. The couple farmed north of Clarkson. Besides helping Dan on the farm, Nancy was a teacher's assistant at District 57 Grade School in Leigh, Nebraska, for a few years before going to work at Hobby Lobby in Norfolk which she retired from in 2017 after 20 years.

Nancy played softball for a number of years. She enjoyed going to youth sporting events, umpiring ball games, taking stats at high school football and basketball games, was an avid Husker fan, was on the board at the Clarkson Library and Museum, and enjoyed volunteering around the community.

Condolences may be sent to www.millersfh.com.

Get the latest local COVID-19 updates in your inbox daily: