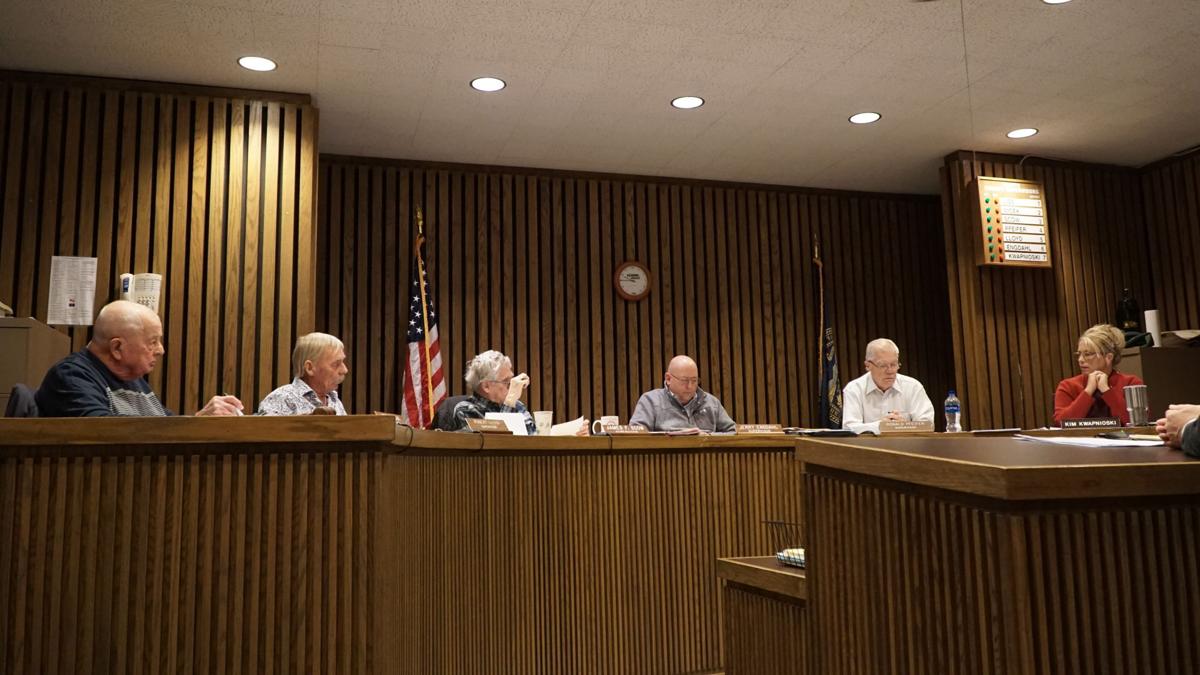 Members of the Platte County Board of Supervisors listen to County Attorney Carl Hart during Tuesday morning's meeting. At the meeting, Hart requested raises for his three deputy attorneys. 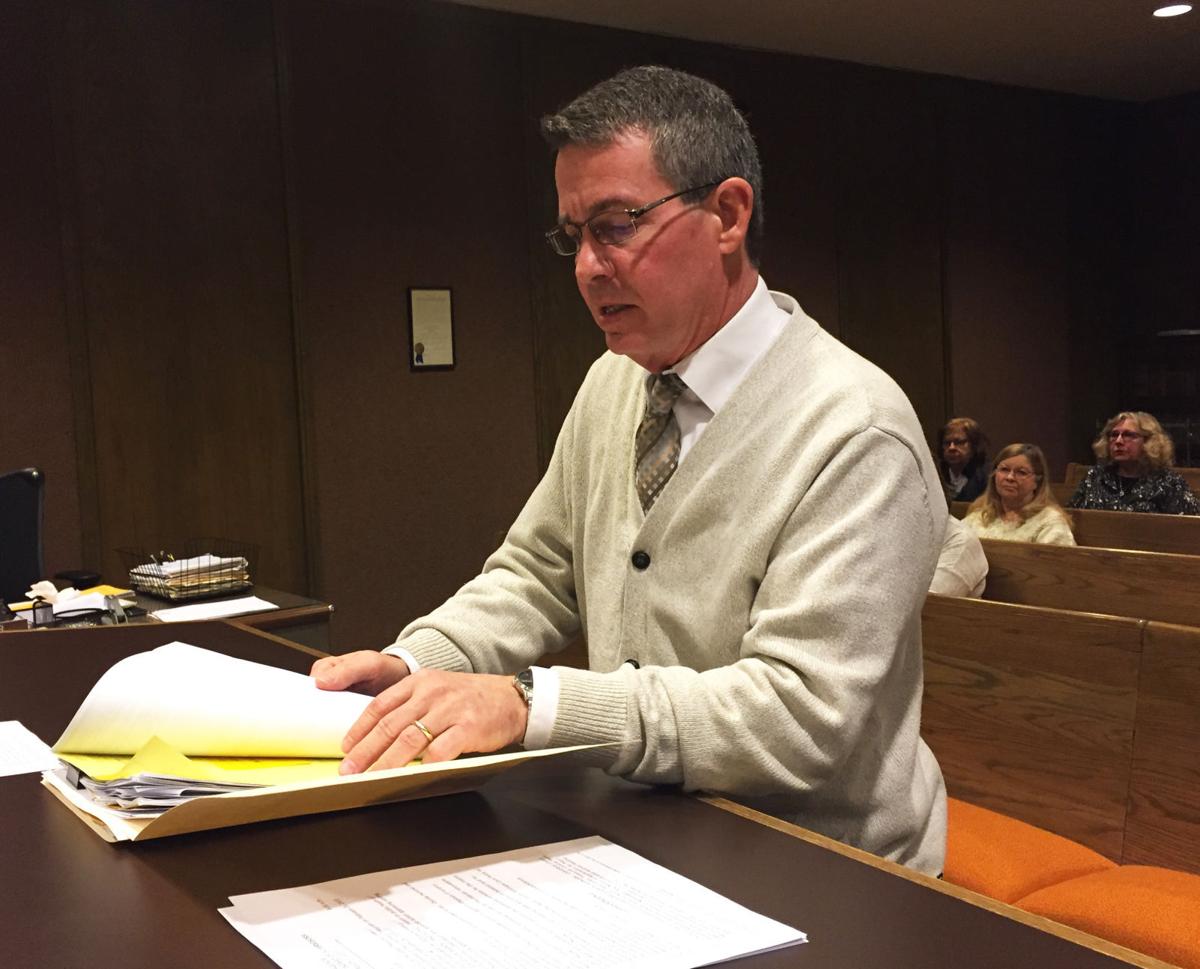 Platte County Attorney Carl Hart shuffles through documents Tuesday during a 2020 appearance before the Platte County Board of Supervisors. 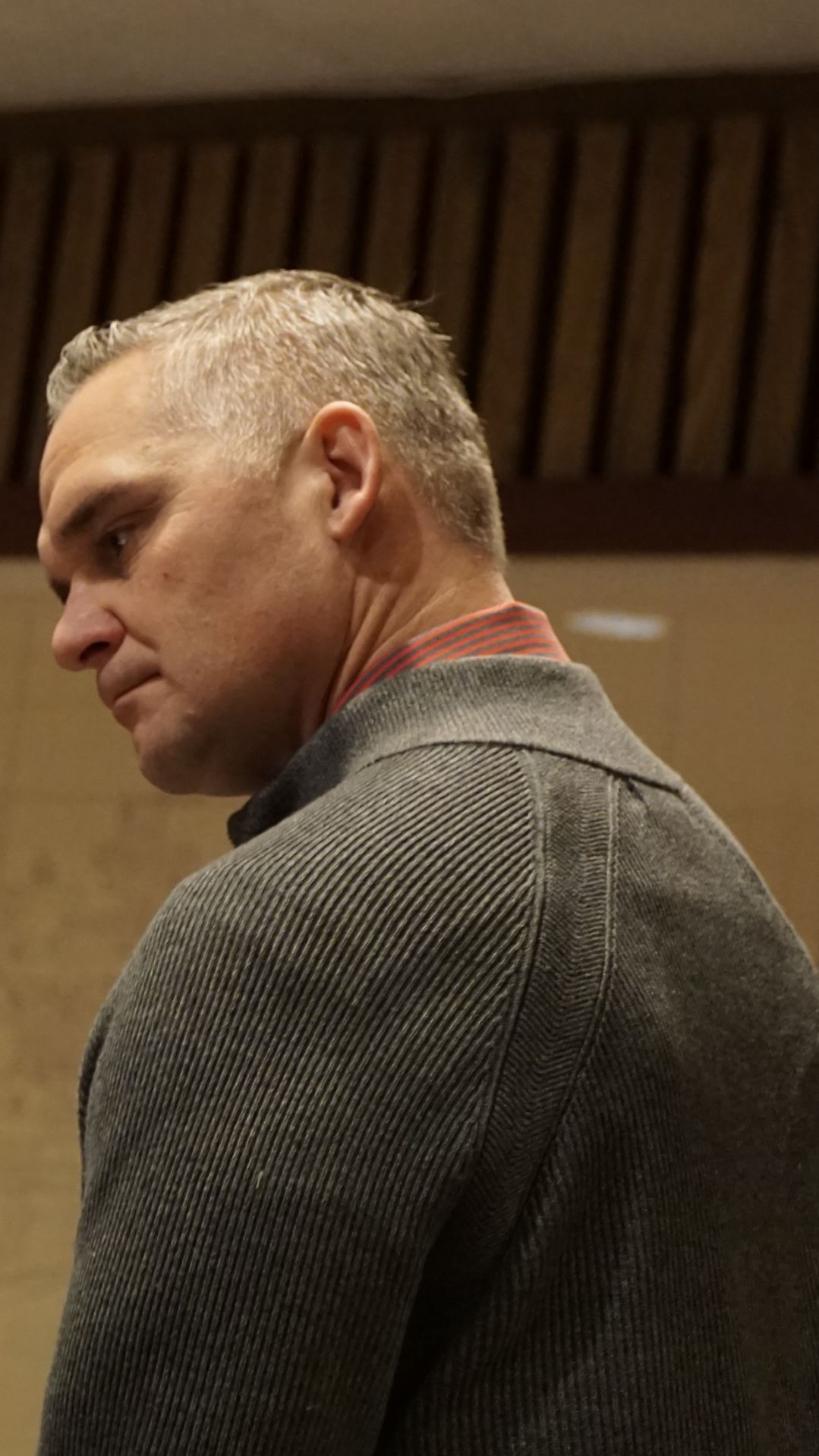 Chad Thies listens while giving an update to the Platte County Board of Supervisors on Tuesday. Thies is the president of Zelle Human Resource Solutions, an HR consulting and recruiting company based in Lincoln.

In 2022, Platte County's three deputy county attorneys will be receiving half the proposed amount of a raise that was requested to compensate for cost of living increases.

The Platte County Board of Supervisors approved $2,300 raises for each of the county's three deputy attorneys in 2022. The $2,300 raises are half of the $4,600 increase suggested by their supervisor, County Attorney Carl Hart, at the board's meeting on Tuesday.

Normally, county department supervisors like Hart are able to set their employees' wages as part of their budgets. While the board weighs in on and approves those budgets, the wages and salaries of certain employees and positions are not individually set by the board. Compensation of deputy county attorneys is an exception.

On Tuesday, Hart requested that the board approve $4,600 raises for each of his deputies in 2022.

Half of those $4,600 raises were built into Hart's budget earlier in the year, but after recently going through his department's budget and expenditures, Hart determined that there was enough room in the current fiscal year budget -- which runs from July 1, 2021 to June 30, 2022 -- to double the raise.

Doubling the raise would mean coming up with about another $3,500 from somewhere in Hart's current fiscal year budget. The other $3,500 to cover the raises in the latter half of 2022 would then be built into the next fiscal year's budget.

Hart explained that, as of Nov. 30, his department had spent less than a quarter of its combined meals, lodging, court costs and autopsy costs budgets -- less than $10,200 spent of $44,170 budgeted. Hart indicated that the raise amount was largely based on the cost of living which, he said, has "skyrocketed."

The board denied the 6% raises and instead approved the previously planned $2,300 raise for each deputy attorney in a five to one vote, with District 7 Supervisor Kim Kwapnioski voting against and District 1 Supervisor Fred Liss absent.

During the discussion before the vote, Kwapnioski indicated that Zelle -- a Lincoln-based company that has been taking care of human resources services for the county since March -- is in the process of looking at salaries for all county employees.

"We are working on putting together...a look at where county employees fall (among comparable jobs)," Kwapnioski said.

District 4 Supervisor Ron Pfeifer later added that he would be open to considering a merit raise based on more information from Zelle.

During the discussion, though, Pfeifer was vocal in his opposition to the increased raise, as was District 2 Supervisor and Board Chairman Jerry Micek, who argued that the deputy attorneys do not necessarily need raises to match the increased cost of living because they earn more than someone who makes $30,000.

Later on during the meeting, Zelle President Chad Thies said cost of living increases are a factor for everyone, no matter how much they make.

Zelle's recent work in looking at salaries seems at least partly related to a subject slated for the board's next meeting on Dec. 21.

Under state law, the county has until Jan. 15 to pass a resolution fixing the salaries of elected county officers for 2023, 2024, 2025 and 2026. On Tuesday, several board members and county officials indicated it will be discussed at the Dec. 21 meeting.

Members of the Platte County Board of Supervisors listen to County Attorney Carl Hart during Tuesday morning's meeting. At the meeting, Hart requested raises for his three deputy attorneys.

Platte County Attorney Carl Hart shuffles through documents Tuesday during a 2020 appearance before the Platte County Board of Supervisors.

Chad Thies listens while giving an update to the Platte County Board of Supervisors on Tuesday. Thies is the president of Zelle Human Resource Solutions, an HR consulting and recruiting company based in Lincoln.