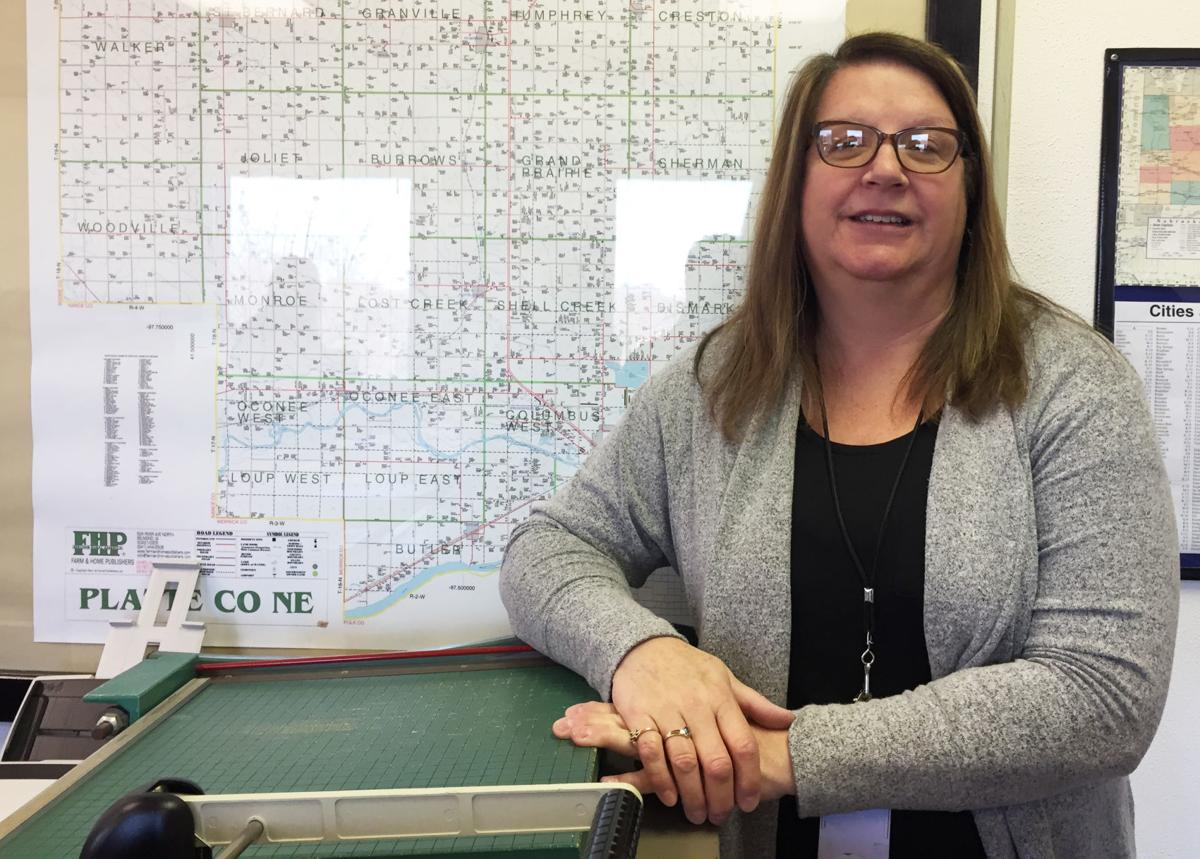 Platte County Election Commissioner Connie Sebourn stands next to a map of Platte County in her office at the Platte County Courthouse. Sebourn and others are determining the best course of action for the May 12 primary in light of concerns over the spread of COVID-19. 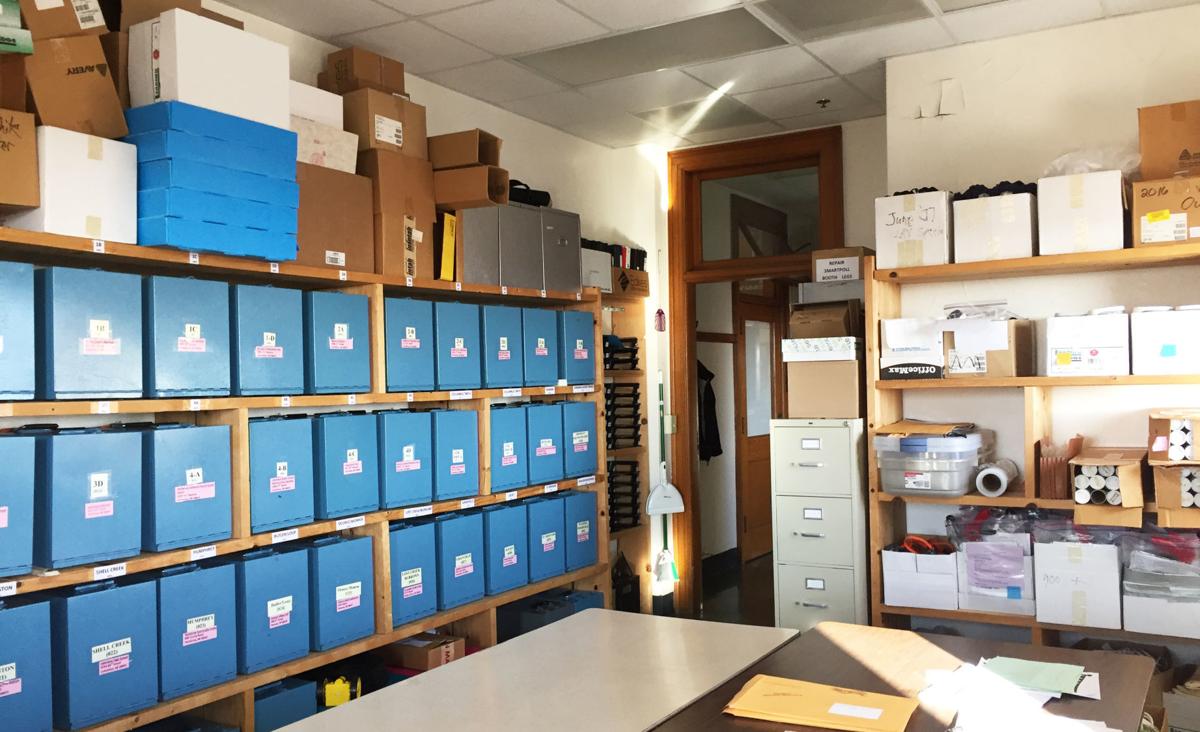 Election day supplies are stored in a back room at the Platte County Election Office. Many of the supplies will be used during primary and general elections at the county's voting precincts.

Platte County election officials are trying to push more people toward filing for absentee ballots in light of the current COVID-19 crisis.

Election Commissioner Connie Seabourn said that people willing to vote early by mail can do so by going to the Platte County Election Office’s webpage or the Nebraska Secretary of State’s Office webpage. There, one can fill out a form and send it to the county election office via mail, email, fax or by dropping it off at the election office in the Platte County Courthouse. Due to recent guidelines by the Platte County Sheriff’s Office, those seeking to drop off their request in person must make an appointment.

Mail ballots will be sent out in early April and those seeking to have a mail ballot sent to them can do so by May 1. All of this is designed to make the voting process as easy as it can be for people who are social distancing during the crisis.

“We’re trying to keep everybody apart from everybody,” Seabourn said. “It may be a little bit different or difficult with all that is going on.”

Seabourn said that plans are still in place for in-person polls to be open on May 12, but just like everything in the world today, that is fluid, as the COVID-19 situation continues to evolve. Several states have moved their primaries into May and June in order to prevent elections from taking place during the peak of the virus’ spread throughout the country. Nebraska has not done that, but Seabourn is still worried about how poll workers, many of whom are in high-risk categories, will be able to handle working at the polls if the virus is still prevalent.

“We have poll workers who are elderly and they’re not wanting to work,” Seabourn said. “Polling locations like nursing homes and other businesses are saying, ‘No, we’ve closed to large groups of more than 10 people,’ so we’ve run into that problem.”

Issues aside, Seabourn said that she is seeing a significant increase in the number of people who have filed to receive a mail absentee ballot, with people calling in for information and utilizing their online resources to continue their work with the democratic process.

“Just over the weekend, we increased tremendously,” Seabourn said. “People are going online and getting them or calling in, and we’re sending them out happily to them. We want the voters as well as our staff to stay well during this.”

Officials at the Nebraska Secretary of State’s office said that they are monitoring the situation with the primary. They have already admitted that the overall process for doing the May 12 primary is going to be different than it has ever been, but no planning has been put in place for a possible repeat if the virus is still a thing during the general election in November.

“We haven’t really had an in-depth discussion about the general election,” said Cindi Allen, director of communications for the Secretary of State’s Office. “We’re primarily focused on the primaries right now because those are the dates and the statutes that we follow. The May 12 primary, as of today, is the date of our primary. It hasn’t been changed or postponed.”

Seabourn also admitted that this year’s primary will be different, as she and many other county officials are working around the clock in a building that has essentially been shut off to the public for the time being. She’s hopeful that county employees can prevent being exposed to the virus, as she doesn’t want to stop working at such an important time for her office.

“The only thing that may be a challenge is when we start early voting in the office,” Seabourn said. “We may have to take a different step, maybe requiring people to call ahead. We want to protect their safety as well as everyone who works at this courthouse. There are some departments that have staff members with compromised health systems. We don’t want that going around up here, because once you shut down various offices because you’re sick, we’re not doing the public any good.”

Already anticipating a busy first year on the job with people voting for who will be America’s commander in chief come January, Platte County …

Area health officials on Wednesday talked about the lack of COVID-19 testing materials and the spread of the virus throughout the state.

Platte County Election Commissioner Connie Sebourn stands next to a map of Platte County in her office at the Platte County Courthouse. Sebourn and others are determining the best course of action for the May 12 primary in light of concerns over the spread of COVID-19.

Election day supplies are stored in a back room at the Platte County Election Office. Many of the supplies will be used during primary and general elections at the county's voting precincts.