Superior elevator employee who was fired shoots three people, killing two and himself

Editor's note: This story has been updated to show the accurate numbers for the tax levy.

On Tuesday the Platte County Board of Supervisors approved the levy for the next year, which will be lower than the prior year.

During the regular board meeting, the supervisors approved the tax levy for the 2021-22 fiscal year for school districts, fire districts, townships, cities and villages, Platte County, Educational Service Unit’s 7 and 8, Ag Society and Sanitary and Improvement District No. 7. The county levy was set for .1947 compared to this past year it was .2105, according to District 6 Supervisor Jerry Engdahl.

Board Chairman and District 2 Supervisor Jerry Micek said he is thankful the levy was lowered.

“I think we’re the only one in the area who has lowered their levy,” Micek said.

The board setting the levy comes off the heels last month of the supervisors approving the 2021-22 fiscal year budget.

Also, during the supervisors' meeting, the board approved Micek – as the chairman – to sign the Certificate of Cost Allocation Plan for the past fiscal year that ended on June 30. Chief Deputy County Attorney Breanna Anderson-Flaherty said the plan is based on the actual cost for child support. The documentation includes expenditures and different values for the fiscal year of 2020, she added.

District 3 Supervisor Jim Scow asked Anderson-Flaherty if the plan was prepared by Lincoln-based Maximus Consulting Services Inc., which the county has used in previous years. Anderson-Flaherty confirmed it was done by Maximus.

The plan also details roughly $40,000 in reimbursements that the county will receive, Anderson-Flaherty said. The funds will be used in 2022, she said.

“The cost that they determine for the actual fiscal year 2020 is what we use in 2022, so it’s about two years behind,” she said.

“I currently have a couple of deputies who do not have Tasers, and they have proven to be quite effective with the amount of hands-on risk we have to go through due to the potential of medical injuries for our deputies, as well as our public,” Wemhoff said.

The stun guns will come out of the county’s capital account. 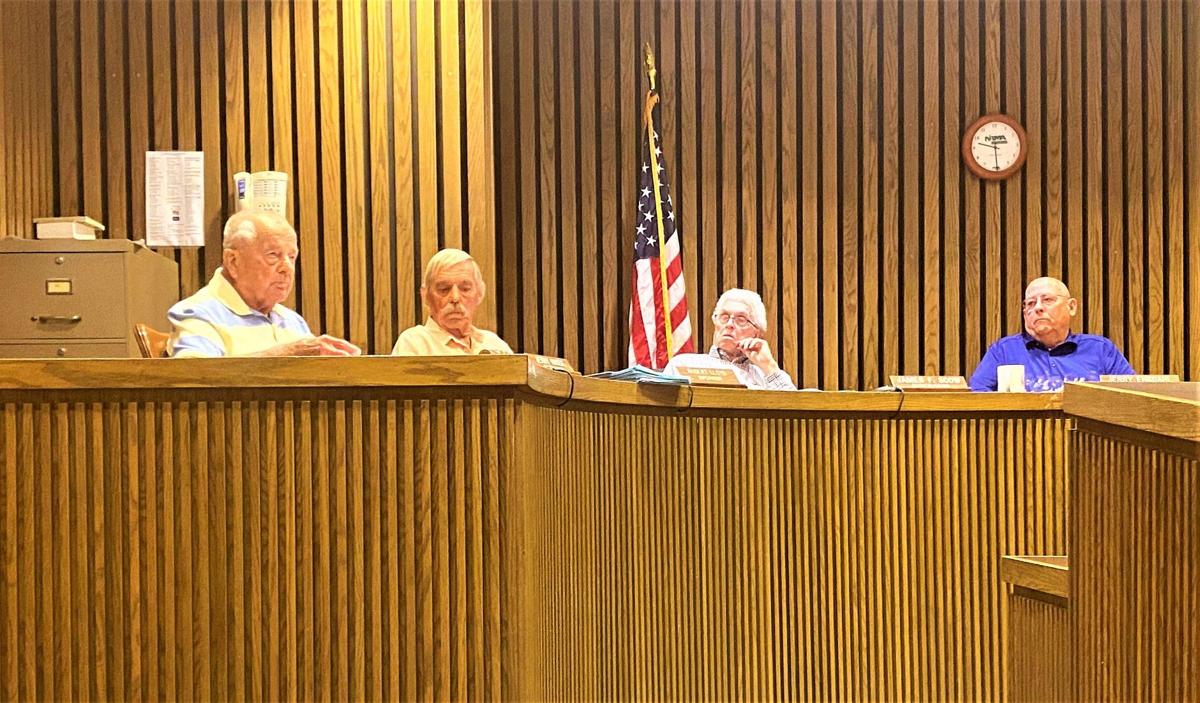 Platte County Board of Supervisors Chairman Jerry Micek, who represents District 2, left, talks during a previous meeting while District 5 Supervisor Bob Lloyd, District 3 Supervisor Jim Scow and District 6 Supervisor Jerry Engdahl look on. The Board OK'd a tax levy at its meeting Tuesday. 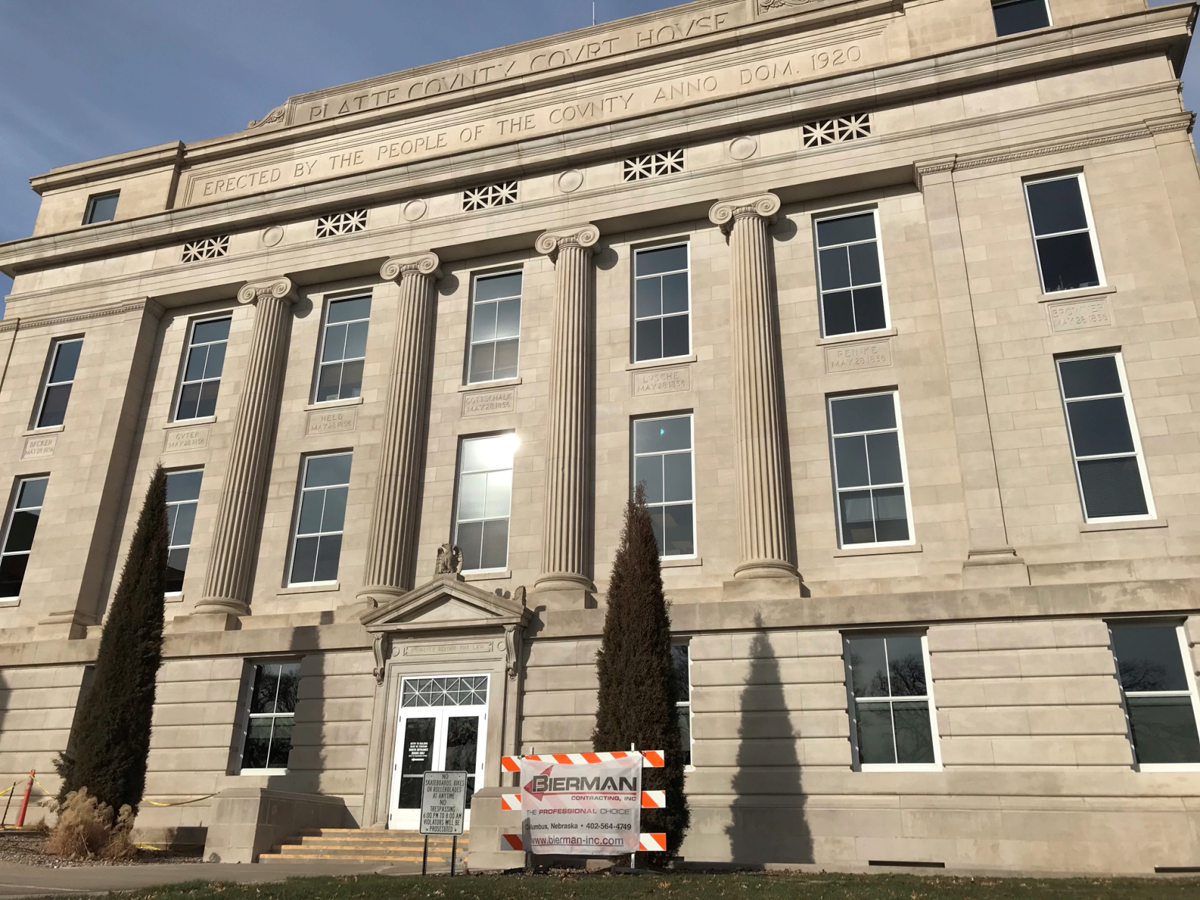 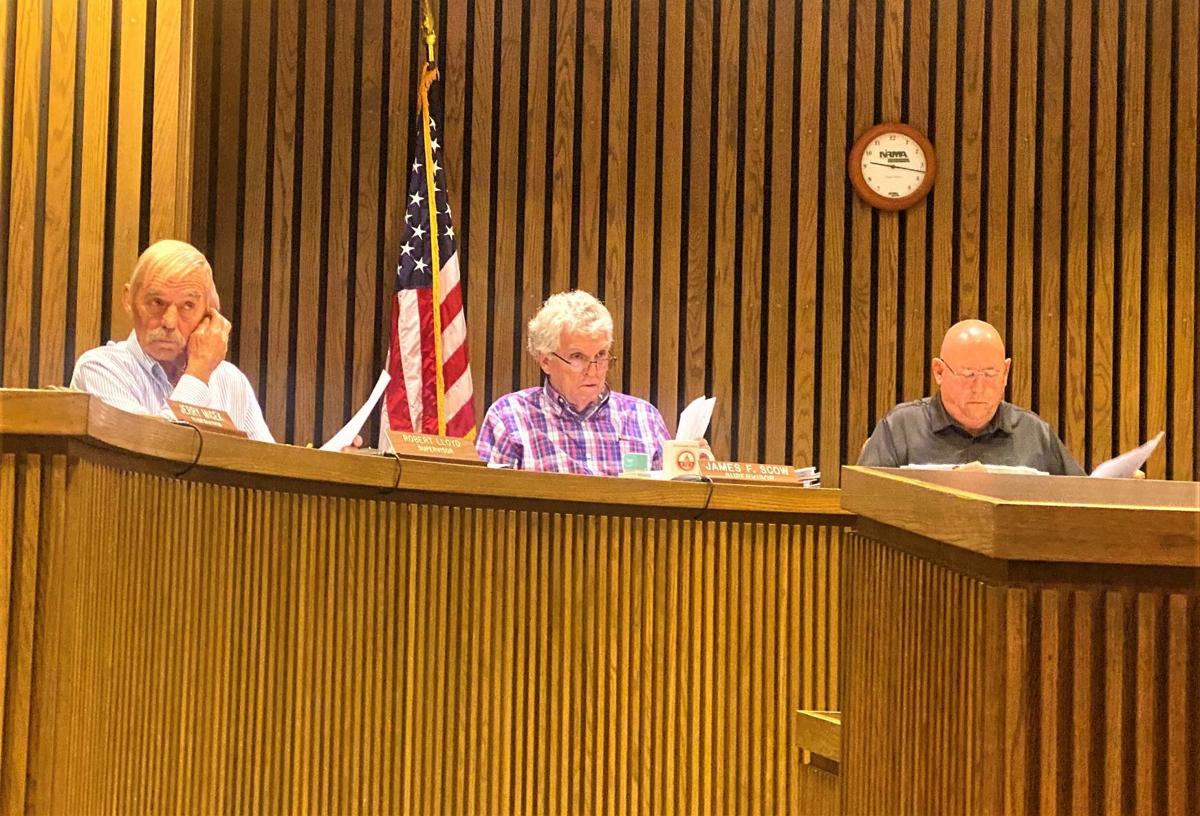