"At 7:06 a.m. ... Columbus Fire Department was alerted to a garage fire in the 100 block of North Rose Lane in Columbus," Columbus Fire Chief Dan Miller said, noting personnel arrived on scene at 7:12 a.m.

"When we arrived we found a garage fire that had extended into an attached house and crews began attacking the fire. The fire was brought under control at 7:59 a.m. There was one occupant that was out of the house upon our arrival, with no injuries. We were on scene for approximately two-and-a-half hours. The state fire marshal is investigating the cause."

Richard Husak, the owner of the home, said he was notified after 7 a.m. that there was a fire on his property.

“I was in the house reading, (having) my coffee and reading the papers, and someone was knocking on the door," Husak said, adding the damage appears pretty bad.

“The whole shed, patio and part of the house burnt."

"Altogether we had approximately 20 personnel on scene," Miller said.

"There was some minor damage to neighbors' houses, other than that the garage fire was a complete loss. The house was a partial loss."

Reach the Telegram newsroom at news@columbustelegram.com. 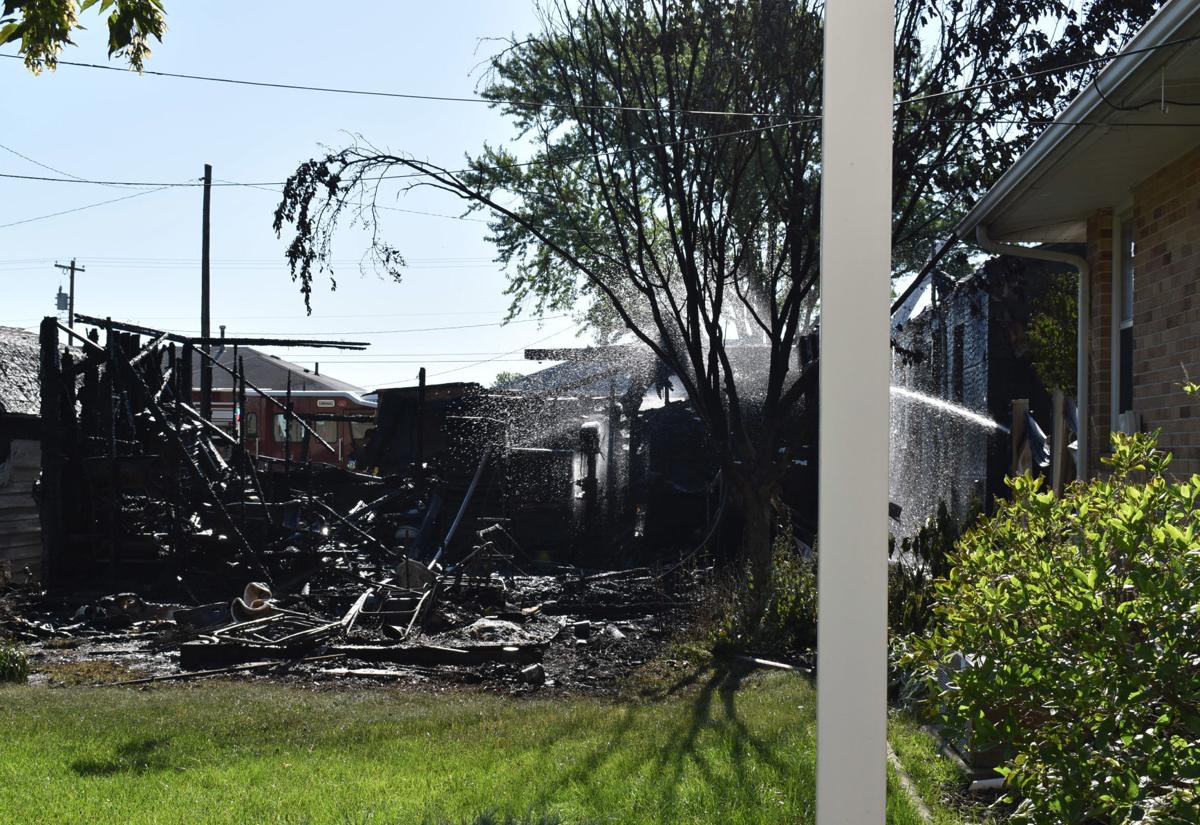 Fire crews put out the last of a Saturday morning fire in the 100 block of Rose Lane in Columbus. As seen from a neighbor's yard - taken with permission from the property owner - a shed received heavy damage and part of the house. 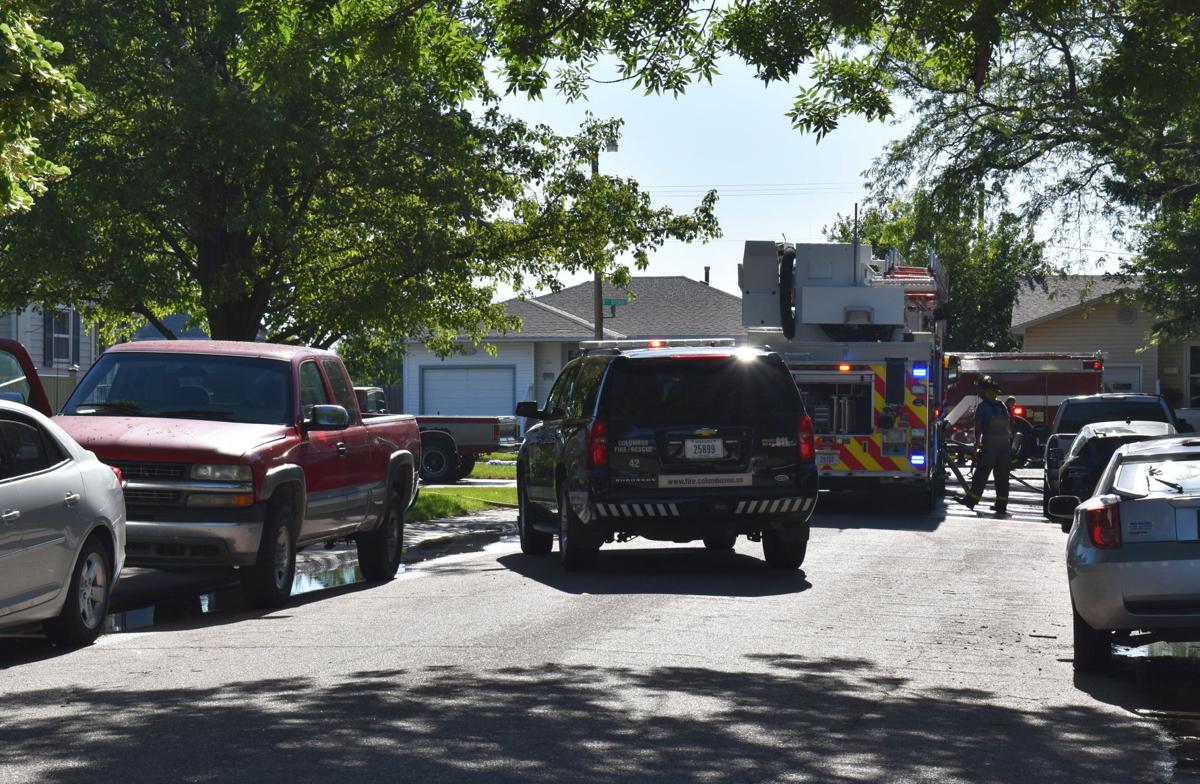 Columbus Fire Department personnel were in the 100 block of Rose Lane Saturday morning for a fire which reportedly damaged a shed and part of a home.