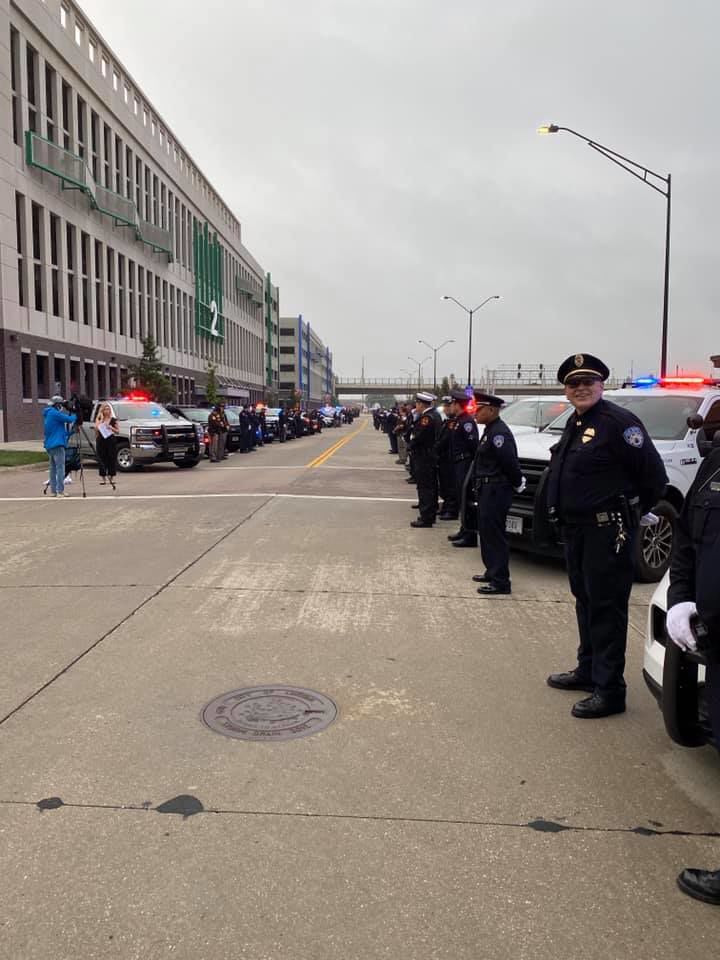 To honor the memory of Lincoln Police Officer Mario Herrera, eight officers from the Columbus Police Department attended the service and participated in the processional of Herrera, who died Sept. 7. Herrera was shot on Aug. 26 while serving an arrest warrant. 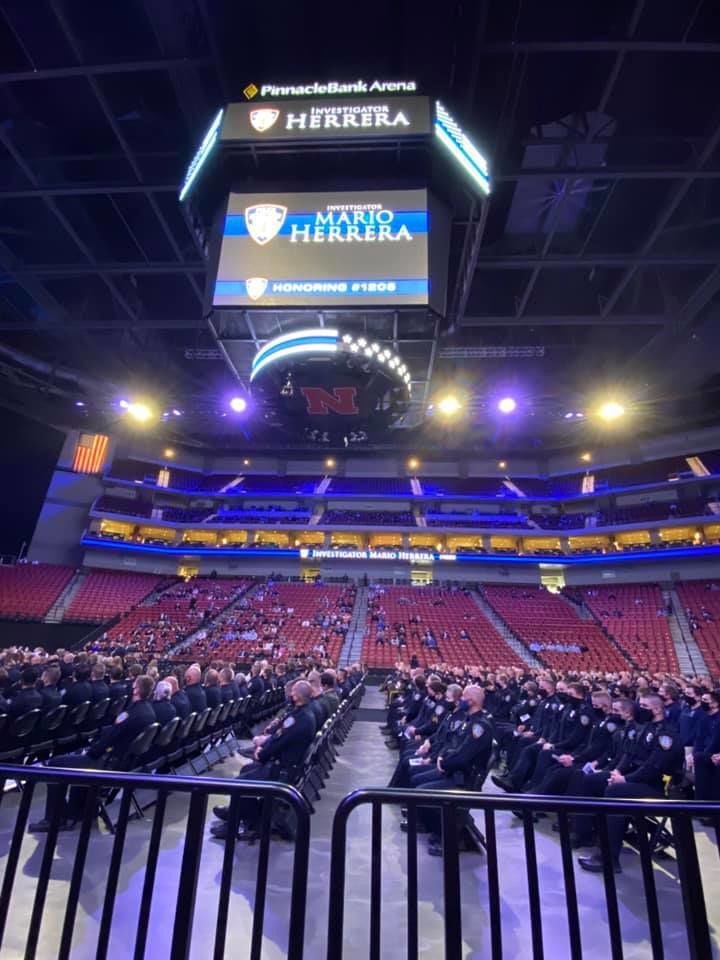 Capt. Doug Molzcyk, along with seven other Columbus Police Department officers, attended the services of Lincoln officer Mario Herrera who died Sept. 7 due to injuries sustained during the line of duty. 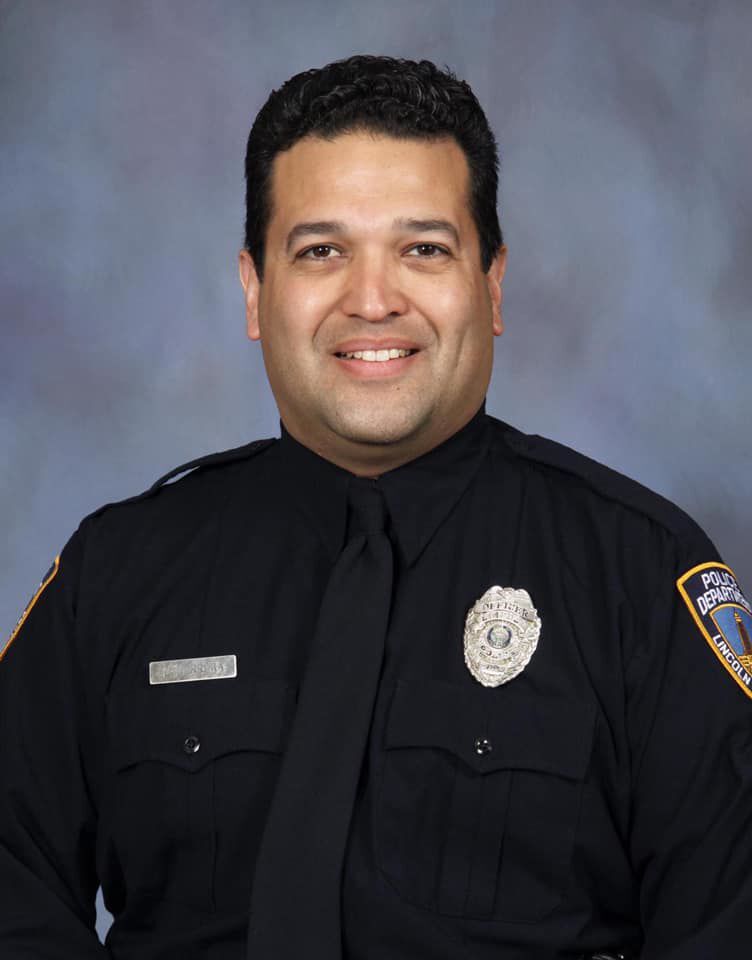 Officers with the Columbus Police Department paid respects to Mario Herrera, a Lincoln police officer who was shot while serving a warrant, on Saturday by being among the many who attended the late officer's funeral services.

Herrera sustained a critical gunshot wound on Aug. 26 while assisting with serving an arrest warrant. He died on Sept. 7 from those injuries.

CPD Capt. Doug Molczyk, along with seven other officers, attended the services and participated in a processional to honor Herrera’s memory.

Although Molczyk didn’t know Herrera personally, he compared hearing of a fellow officer’s death to losing a loved one.

The Columbus Police Department has been known to attend the funerals of law enforcement who have been killed in the line of duty in the state of Nebraska.

“We participated in the processional from the services to the gravesite,” Molczyk said on Monday of Saturday’s services. “There was law enforcement, there were first responders, there were community members, there were government dignities – the governor was there. I believe at least one of our congressmen was there.”

Also at the procession, hundreds lined the streets to show their support of Herrera, who had been a 23-year veteran of the Lincoln Police Department, according to Telegram sister paper the Lincoln Journal Star.

“It was quite an event to witness and partake in,” Molczyk said.

CPD Chief Chuck Sherer noted the grief he feels when a law enforcement officer is killed.

The Columbus Police Department dealt with a similar, almost-tragedy.

“We went through this a couple of years ago when Brad Wangler was shot but, fortunately, he survived his ordeal,” Sherer said.

Wangler had been shot in June 2018 and was wounded in the shoulder and neck, according to Telegram reports.

Eleven years ago, Deputy Christopher Johnson of the Platte County Sheriff’s Office died on Aug. 29 from injuries sustained from an auto accident while in the line of duty. The sheriff’s office recently honored Johnson in a social media post.

“The bench that was donated by his parents sits in our lobby and reminds us daily of his ultimate sacrifice,” the post, dated Aug. 29, reads. “His smile, laugh and dedication to be the best law enforcement officer he could be will never be forgotten.”

“You don’t handle a bigger situation than when an officer gets shot,” he said. “It kind of brings the reality of what we do for a living. It brings it close to heart, it’s kind of surreal. You get up and go to work that day, you get dressed and you just take things for granted. But, at the end of the day, you may not be coming home. Not every profession has that type of risk involved.

“I give out some prayers for Officer Herrera, his family and the officers and staff at the Lincoln Police Department.”

Police said they found the 21-year-old asleep in the girl's bed and arrested him.

A search revealed 163 pounds of marijuana in duffel bags in a rooftop luggage carrier, according to the Nebraska State Patrol. The trooper also found a handgun in the possession of a passenger.

On Tuesday just before 1 p.m., Ramon Garcia Quijas Jr. turned himself in to investigators, who arrested him on suspicion of child abuse causing serious injury.

The Jeep fishtailed across both lanes of traffic, nearly going into the median, then overcorrecting to the outside lane and going into the ditch, rolling once.

I-80 stop in Lincoln turns up 113 pounds of pot, 11 pounds of THC honey; sheriff says 3 people were arrested

Deputies arrested three people of Romeoville, Illinois, on suspicion of possession with intent to deliver.

An autopsy revealed two baggies of methamphetamine inside Bao Nguyen, one of which had ruptured, the grand jury said.

Police say they arrested a 34-year-old Texas man Sunday morning after finding him naked in the car in the 4400 block of North Seventh Street. He bonded out later in the day.

Investigators with the Lincoln Police Department last week got a warrant for the arrest of January Wheeler on charges of first-degree assault and use of a weapon to commit a felony.

Police believe the man threatened a passing driver with a hatchet and then called 911 and threatened to bomb the Lincoln Police Department.

To honor the memory of Lincoln Police Officer Mario Herrera, eight officers from the Columbus Police Department attended the service and participated in the processional of Herrera, who died Sept. 7. Herrera was shot on Aug. 26 while serving an arrest warrant.

Capt. Doug Molzcyk, along with seven other Columbus Police Department officers, attended the services of Lincoln officer Mario Herrera who died Sept. 7 due to injuries sustained during the line of duty.