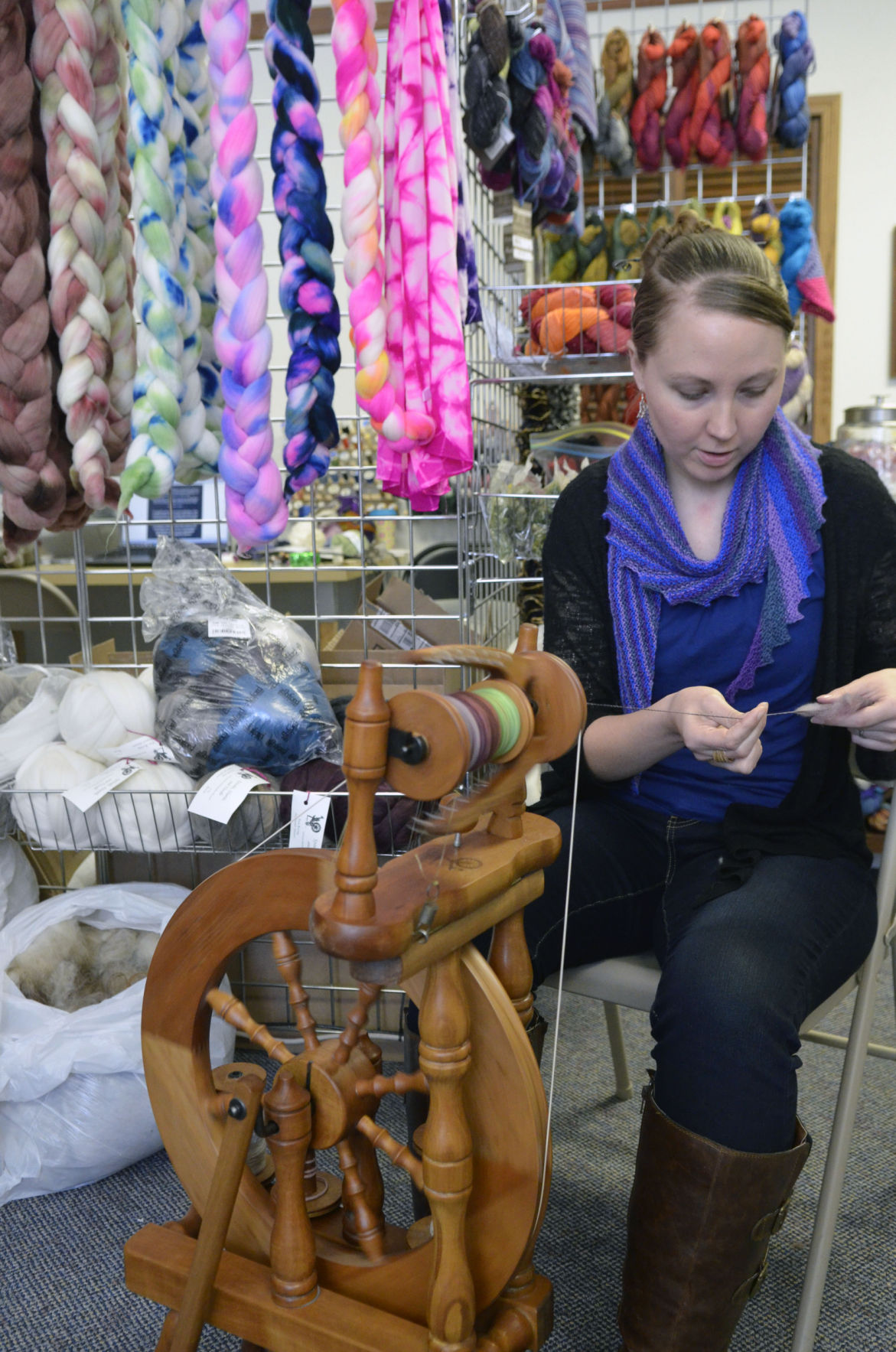 Spindle, Shuttle and Needle owner Kelsey Patton spins yarn on the first spinning wheel she owned. Her brightly colored roving, which she dyes herself, hangs behind the wheel. 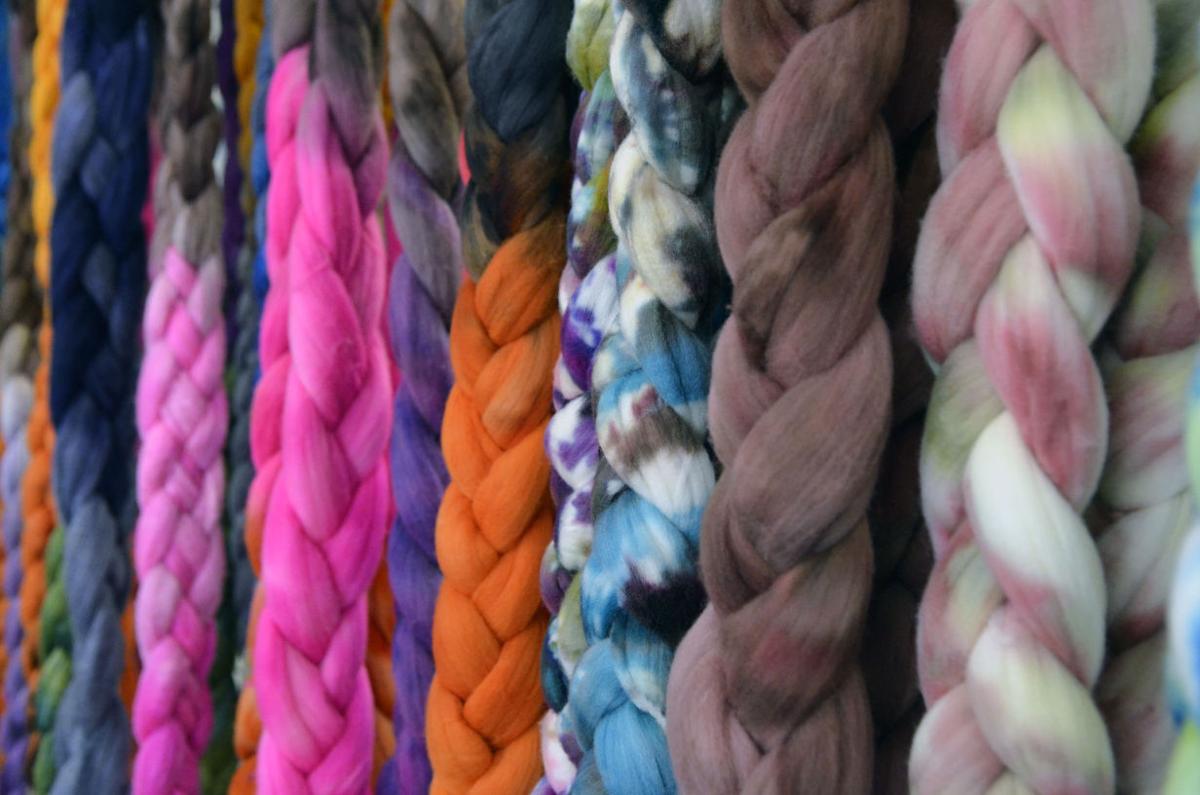 Kelsey Patton sells brightly colored roving she dyes herself, made from sheep raised on her parents' farm, at Spindle, Shuttle and Needle in Stromsburg. 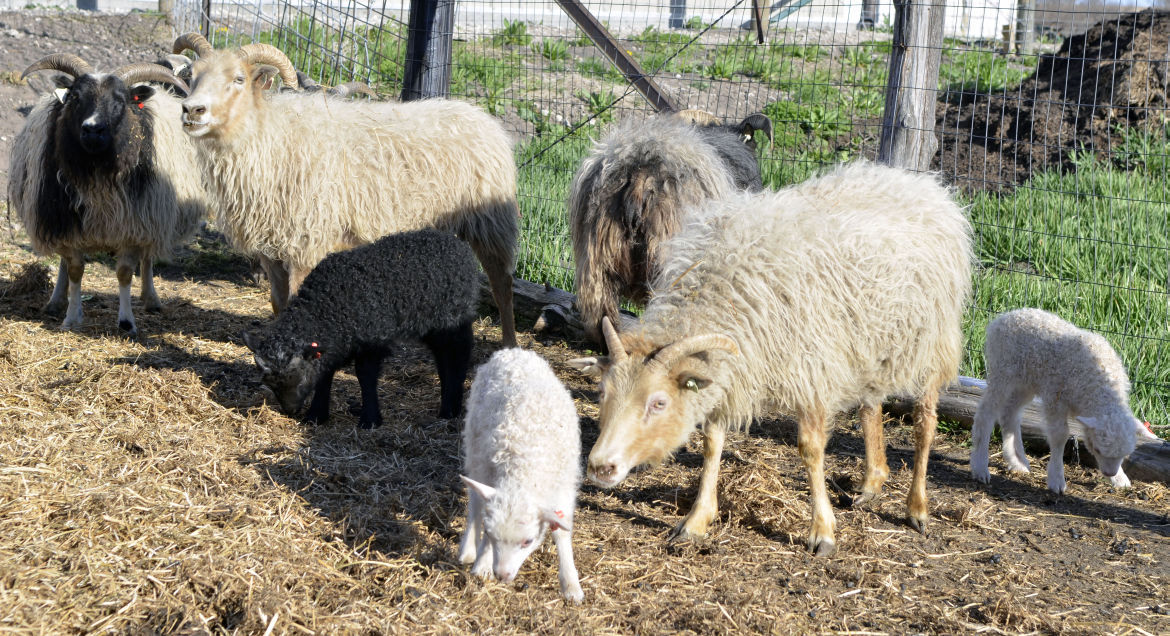 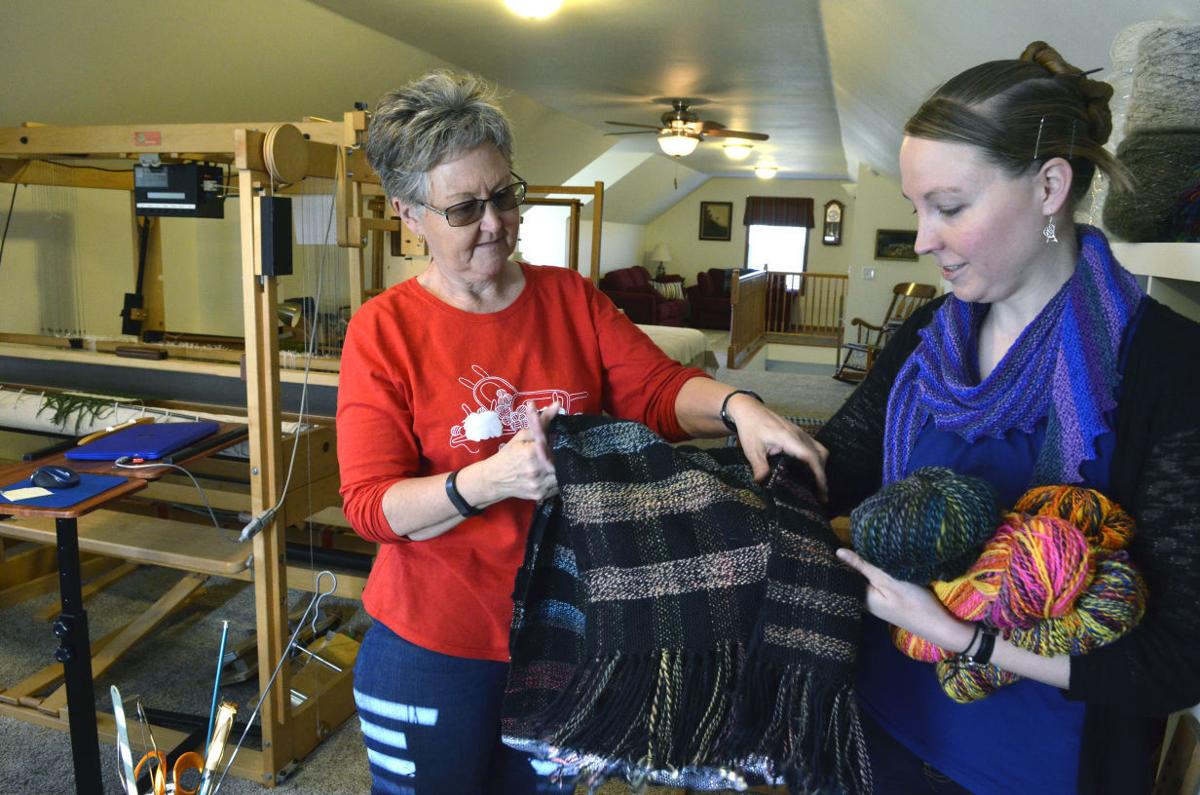 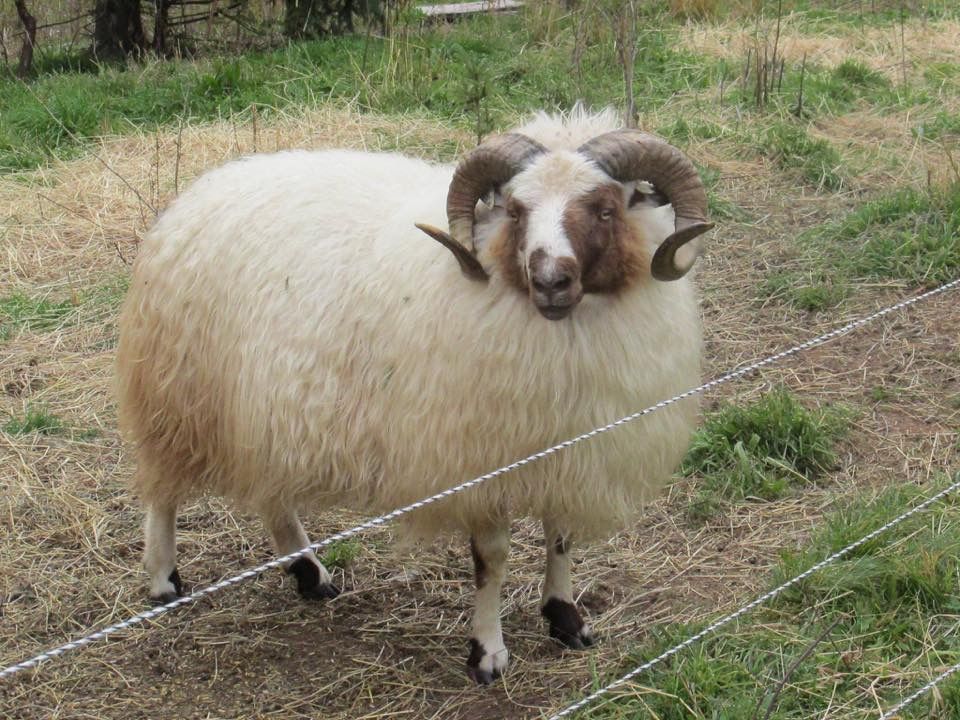 Clare Quandt shears her sheep twice and year. The fall coat is cleaner and better for making wool.

STROMSBURG — Usually when someone wants to learn how to knit, they set out to get some yarn and needles.

Kelsey Patton, who was 12 at the time, told her mom she needed sheep.

“I’ve always been about the process,” said Patton.

What really makes her shop stand out is that she sells yarn and roving — wool that has been cleaned but not spun into yarn — from sheep still raised on her parents’ farm. She also dyes the yarn and roving herself.

When Patton was 15, her parents bought some Blue River Icelandic sheep, which are still pretty rare in Nebraska. Patton’s mother, Clare Quandt, said they may have one of the larger herds in the state with approximately 30 head.

“We wanted to get something interesting,” Patton said.

Patton and Quandt put their money together to buy a spinning wheel. A few years later, they bought a loom and both mother and daughter learned how to raise the sheep, spin the wool into yarn, weave and knit.

At the University of Nebraska-Lincoln, Patton double-majored in history and medieval and Renaissance studies, specializing in clothing. When she graduated in 2011, she decided to go into business selling spinning and weaving supplies.

“I looked at the economy and decided against going to grad school and taking on loans,” Patton said. “I had a website and a box of weaving yarns under my dorm bed. It took a month to get my first order.”

From her own sheep, Patton sold raw fleece and roving. She sold some homespun yarn, but because of the time needed, she had to sell those skeins at a premium.

In 2013, she started teaching herself how to paint and dye wool. Sometimes she does it at home and has to cover the workspace with plastic to prevent the dye from staining her floor.

“The first year, I did it in our kitchen,” she said. “It had completely taken over. I couldn’t even cook anything other than in our microwave for a month.”

Painting and dying wool is a complicated process, but Patton loves it.

“I get to be an artist and play with color,” she said, pointing to the rows of dyed roving for sale. “And you can tell I really like bright colors.”

The process involves a lot of chemistry needed to understand how certain dyes will affect the wool, so Patton said she’s had to do a lot of reading on the subject.

“I was never very into science, but I don’t want to waste a lot of wool,” she said.

Even after doing it for a couple of years, she said she can never fully anticipate the results.

“It’s more an art than a science,” she said. “They still surprise you. You can still get something you don’t expect.”

Patton also used to make period costumes, mostly for hobbyists, though she’s done a few for the Stuhr Museum in Grand Island. But since last fall, she decided to focus more on her yarn business and increasing her web presence to attract more customers.

For a small town, Patton says she gets a surprising amount of local business at her store and draws customers from all over Nebraska. Weaving and knitting enthusiasts also find her store through websites like Ravelry.com, which lists specialty yarn shops across the country.

About 3 miles east of Stromsburg, at Quandt’s home, the sheep with their new lambs and guard llama, named Captain, are covered in a messy mass of wool. The sheep are sheared twice a year, once in the spring after they give birth and again in the fall once their summer coat has grown out. The summer coat is the nicer of the two and better for making yarn.

Last fall, they sheared about 75 pounds of wool, which they sent to mill to have some of it spun into yarn and some made into roving. This year, Patton’s having a mill spin some of the yarn to make it more affordable.

Quandt has two large looms in the attic of her home, one of which is computerized for weaving complicated patterns. Once they get their latest batch of wool back from the mill, Quandt plans on using some of the core-spun wool to make rugs to sell at Patton’s store.

Columbus Mayor Jim Bulkley said he knows four people have been tested for carbon monoxide, but did not say the cases had been officially linke…

Whenever Gary Ball was assigned a mission during the Vietnam War, his fellow soldiers felt safe knowing that he was going to make sure no civi…

WATCH NOW: IN HIS BLOOD - Van Cleave excels in face of competition

Power and Progress Music Festival on tap in early August

Tom Adelman and his friend, Craig Mustard, were reminiscing about growing up in Columbus, talking about how they wished there had been a music…

Spindle, Shuttle and Needle owner Kelsey Patton spins yarn on the first spinning wheel she owned. Her brightly colored roving, which she dyes herself, hangs behind the wheel.

Kelsey Patton sells brightly colored roving she dyes herself, made from sheep raised on her parents' farm, at Spindle, Shuttle and Needle in Stromsburg.

Clare Quandt shears her sheep twice and year. The fall coat is cleaner and better for making wool.