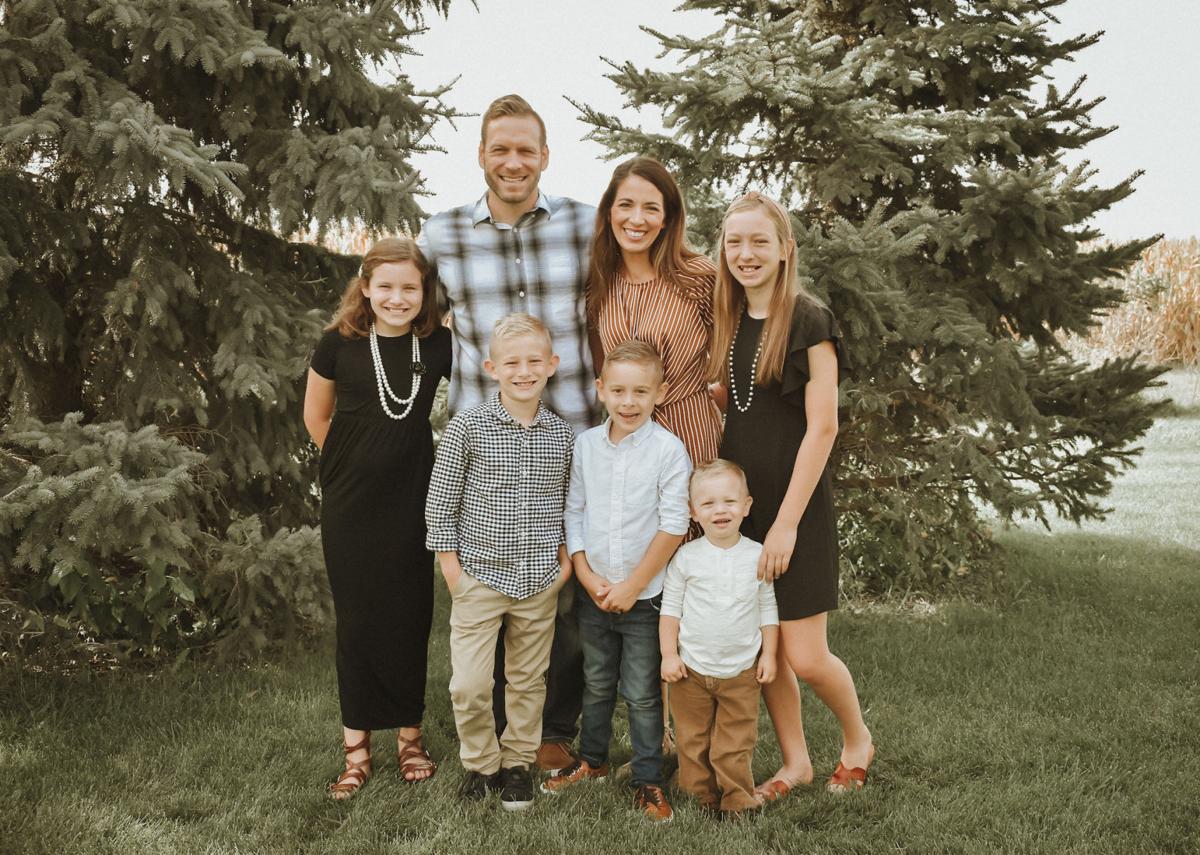 Sarah Doerneman, her husband, Michael, and their children, Lola, Zoe, Briggs, McCoy and Hank pose for a family photo. Sarah and Michael were reaffirmed in their faith after the birth of their second child. 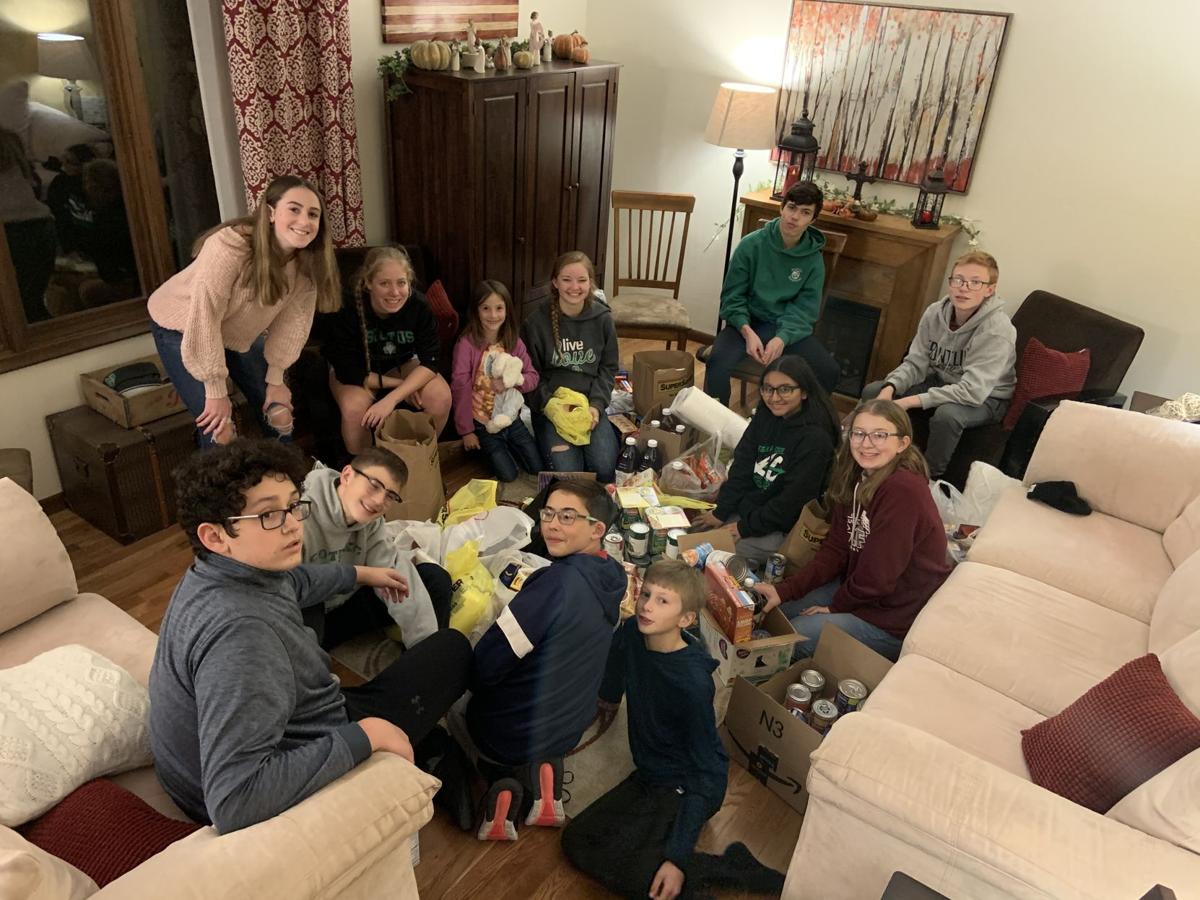 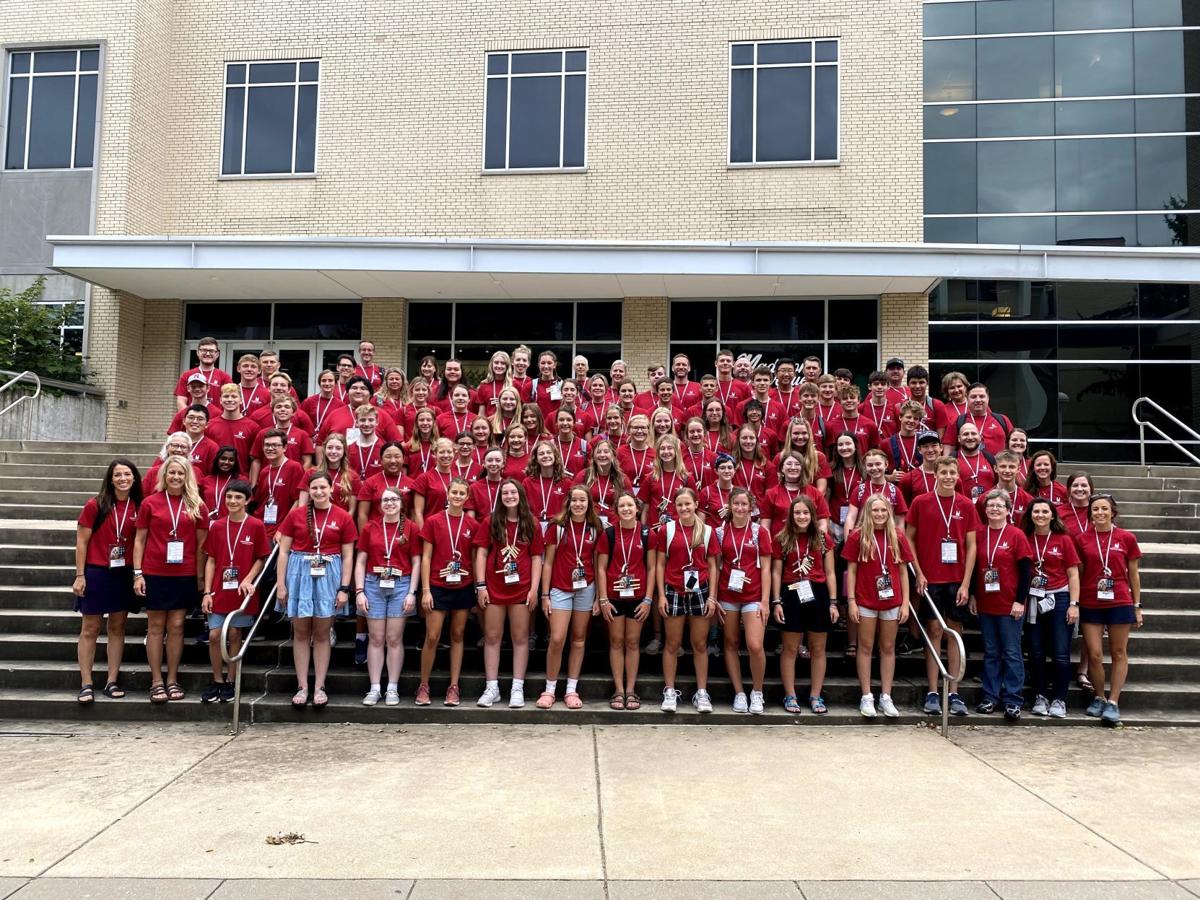 Sarah Doerneman and students take a group photo during the Steubenville Conference over the summer. Doerneman organizes the trips.

About 10 years ago, Sarah Doerneman was reaffirmed to God. Since then, she’s made it her mission to help local children discover the same love she experiences with the Lord.

The Schuyler native – who now lives in Duncan - has done so by helping run Columbus Catholic Youth Ministry, Rock Talk and GodTeens. The latter two are programs through Scotus Central Catholic High School.

Sarah said she and her husband, Michael, both had a reversion in 2011. Following the births of their first two children, Michael attended a men’s conference where he heard the Rev. Larry Richards speak. Richards is a “no-nonsense kind of guy” who told the males in the audience “to be men,” Sarah said.

“It kind of woke (Michael) up,” Sarah said. “He realized he’s responsible for our kids’ salvation. So he had a conversion at that conference.”

Following a retreat not long after Michael returned from the men’s conference, Sarah said she too had a reversion.

“The Lord always has a good plan,” Sarah said. “… My heart changed. I put the Lord in my life first, same with my husband.”

As they grew more into their faith, Sarah said, they decided they wanted to be more involved.

That led them to GodTeens in 2014. Through the program as a GodTeen couple, they teach high school students more about God. By meeting with the teenagers, Sarah said it also gave her a discovery.

“You realize you need to grow more into my faith,” Sarah said. “You can’t give what you don’t have. It’s been the continuous growth in our faith and realizing the need to be helping the youth with their faith. It’s everybody, not just students.”

After a few years with the program, Sarah also began helping with the Steubenville Conference, through Columbus Catholic Youth Ministry.

Sarah organizes trips for the conference – which is a nationwide conference found throughout the U.S. – in Springfield, Missouri, during the summer. The event got its name as it originally began in Steubenville, Ohio. The event brings students from all over to learn about Jesus’ message.

Sarah said typically around 100 high school students from the area go on the trip. She added though it’s a Catholic youth conference, they won’t turn away any non-Catholic student from attending.

Meanwhile, Rock Talk - in its third year at Scotus – is a small group discipleship program. It began after a priest – who walked the hallways of Scotus during school time – was reassigned to a different parish, leaving the school without a priest. Sarah said since she can remember Scotus always had a priest so she wanted to fill that void.

“It was a way for parents or other people in the community to come, use their gift and walk with our students at Scotus,” Sarah said. “It fills that need that we had of no longer having a priest.”

GodTeens also provide a chance for couples to connect more with students.

Lynn Heinrich – who helps Sarah run Columbus Catholic Youth Ministry and is also a close friend of hers – said she and Sarah want kids to be able to “live and learn their faith.”

“We want to do it in a welcoming, warm, family-type environment,” Heinrich said. “… We say, ‘It’s like a second family.’ So if they’re struggling with issues at home, school or wherever, this couple can be just another set of people to get advice or just to know that they are loved.”

Between the various programs, Sarah finds time to raise her five kids: Lola, 13; Zoe, 11; Briggs, 9; McCoy, 6; and Hank, 3. Sarah joked handling the programs and raising five kids sometimes doesn’t go well. But she said she’s been able to do it all by the support of her and her husband's families and their friends around them.

“The support is very important,” Sarah said. “My husband and I have good communication. … The Columbus Catholic community is very large and supportive and encouraging. Everyone is charitable.”

Heinrich said Sarah’s dedication is admirable as they both are doing something they love.

“We get to share the love of Jesus,” Heinrich said. “To be able to do it with one of my best friends is very rewarding.”

Sarah Doerneman, her husband, Michael, and their children, Lola, Zoe, Briggs, McCoy and Hank pose for a family photo. Sarah and Michael were reaffirmed in their faith after the birth of their second child.

Sarah Doerneman and students take a group photo during the Steubenville Conference over the summer. Doerneman organizes the trips.