FBI fears 'insider attack' on inauguration; all troops being vetted

During pandemic, hundreds studying at UNL without ever stepping foot in the U.S.
View Comments
Share this
{{featured_button_text}}

When classes in the University of Nebraska-Lincoln’s Department of Food Science and Technology are meeting at 10 a.m., Cancio is logging onto Zoom at midnight from her home in the Philippines.

It’s a 14-hour time difference the Fulbright Fellow has navigated since she started in a graduate research position at the Food Processing Center at Nebraska Innovation Campus in August.

“I try to sleep a little bit before the start of classes,” Cancio said in a Zoom interview earlier this month, “so I don’t look sleepy and can grasp the learning.”

The remote night school in her Davao City neighborhood is, for the most part, quiet. The dogs and chickens fall silent after sunset, Cancio said. Sometimes, the torrential downpours at night will knock out her internet connection in the middle of a class discussion.

All that is peripheral, she said: “The adjustment has really been the time management."

The unusual arrangement is a new trend in higher education during the coronavirus pandemic.

Before COVID-19 hit, 99.6% of international students studying in the U.S. were physically present at the colleges and universities where they were enrolled, according to the 2020 International Student Enrollment Snapshot published Nov. 16.

This year, 1 in 5 foreign students who normally would have been in the U.S. through Fulbright Fellowships or individual exchange programs are instead taking classes entirely online from their home countries, the survey from the Institute of International Education found.

Cancio, for example, is one of 350 international students enrolled at UNL this semester without ever having stepped foot on campus — much less on U.S. soil — instead choosing to complete the semester entirely online.

Another student, Xinpeng Zhang, was supposed to be at UNL this year to cap off a 3+1 exchange program with Northwest Agriculture and Forestry University in China, until travel was cut off between the two countries.

"With the passage of time, the epidemic has become more and more serious, and the situation in the world is getting worse and worse," said Zhang, who goes by Arthur. "I realized that it is very likely that I will not be able to reach the United States."

So, along with 60 other students in his program who would have been present in Lincoln this year, Zhang is taking UNL classes online from his dorm room in China.

UNL had previously extended accommodations to international students who, because of unique circumstances, were unable to travel to Lincoln for their study abroad experiences, said Josh Davis, associate vice chancellor for global affairs.

"But this is certainly a new dynamic for us with such a large number of students,” he said.

Still, Davis said the sudden move to having such a large number of Huskers living overseas and connecting to classrooms in Lincoln each day was not entirely unexpected.

“International higher education was already changing prior to COVID,” Davis said. “We had been seeing a lot of changing trends in the mobility of international students and scholars, and domestic students demanding different types of global experiences.

“COVID accelerated those changes,” he added.

Green: No issues of equity in COVID-19 tests for athletes, students

With a lot of uncertainty in the world, and particularly among college students looking to study in other countries, Davis said UNL’s International Student and Scholar Office worked hard to reassure students they were not only welcome at UNL in the fall, but that they were wanted.

That effort extended down to the program level as well.

Grace Danao, the research assistant professor who recruited Cancio to UNL to join a study of the effectiveness of high-pressure processing in raw pet food manufacturing, said her group has always worked hard to integrate new members early.

In addition to preparing them for new classes or research projects, other grad students will offer help finding places to live, getting a car or bus pass, or even provide advice on where to open a bank account, Danao said.

"Giving that reinforcement through early interactions and advising helps them make that connection as soon as possible," Danao said, "which helps them join the group and flourish."

Even those efforts were upended by COVID.

As the semester neared, instead of moving into an off-campus apartment, Cancio found herself scrambling to find travel from Davao City in the south to Manila in the north, where the U.S. Embassy is located, so she could get a student visa.

Because of a nationwide quarantine, however, that became impossible, and Cancio said she began to panic, thinking she would lose her spot, until UNL made the all-online option available.

Now, Cancio can watch recordings of her classes, but says she prefers to be online when the class is taking place, helping her feel like a part of it all even from thousands of miles away.

"What I like about the setup, especially being enrolled in online classes, is you can see the professor and other students in the class," Cancio said. "You get to see people at the same time and can get feedback and share comments."

Zhang, who is also taking classes in the Department of Food Science and Technology, said he also tries to be online when classes are in session.

"Although there is a 13-hour time difference, and it is late at night in China, I think it is worth it," he said.

But both students said they have felt the limitations of being an online-only student.

"Right now, what I'm missing is the interaction with my cohort on a personal level because I can't be in Nebraska," Cancio said, adding she expects to arrive in Lincoln in time for the spring semester.

Zhang said while he feels he has received "a good education this year," and said the instructors have gone out of their way to help him and others, the Chinese students are missing out on a big part of the experience they look forward to.

Davis said he thinks COVID may lead to more international students in the future starting their degree programs remotely before coming to UNL for the final year or two of their programs.

He added it's important for UNL to establish itself as a destination in order to continue drawing more students from abroad.

"They are going to be looking for the best buy for their money," Davis said. "The benefits of UNL, of being a lot of value for the money, the association with the Big Ten and all that quality, puts UNL in a competitive position."

Danao said she doesn't think anything will replace the experience international students get when they can be present in the department, but said the "grand social experiment" created by COVID has highlighted how technology can improve the relationship between faculty and students in the future, whether that be in teaching and research, or even just checking in.

"Everyone has been so quick to find creative solutions," she said. "We're all in this and we're going to come out of this in a positive place."

UNL to require 2 'reentry tests' before start of spring semester

The university backed away from an earlier plan requiring students, faculty and staff to get tested for the coronavirus every two weeks.

UNL to require 2 'reentry tests' before start of spring semester

The university backed away from an earlier plan requiring students, faculty and staff to get tested for the coronavirus every two weeks. 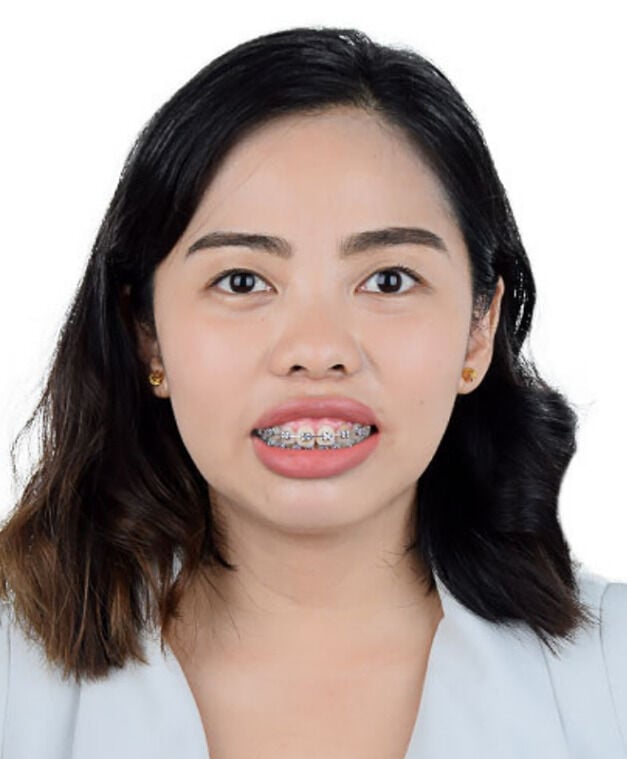 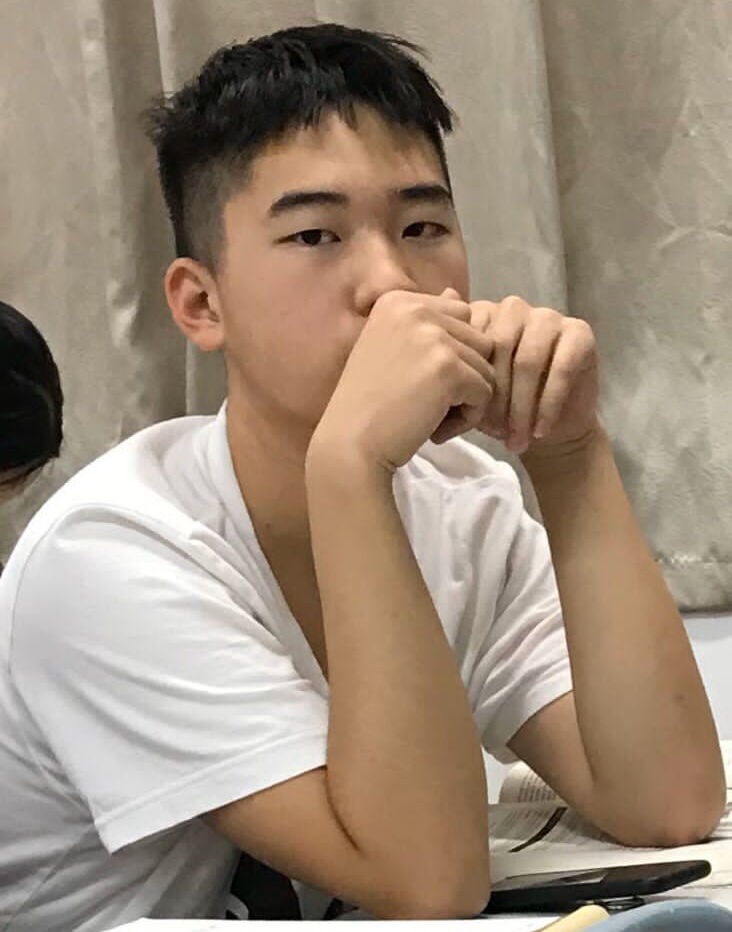 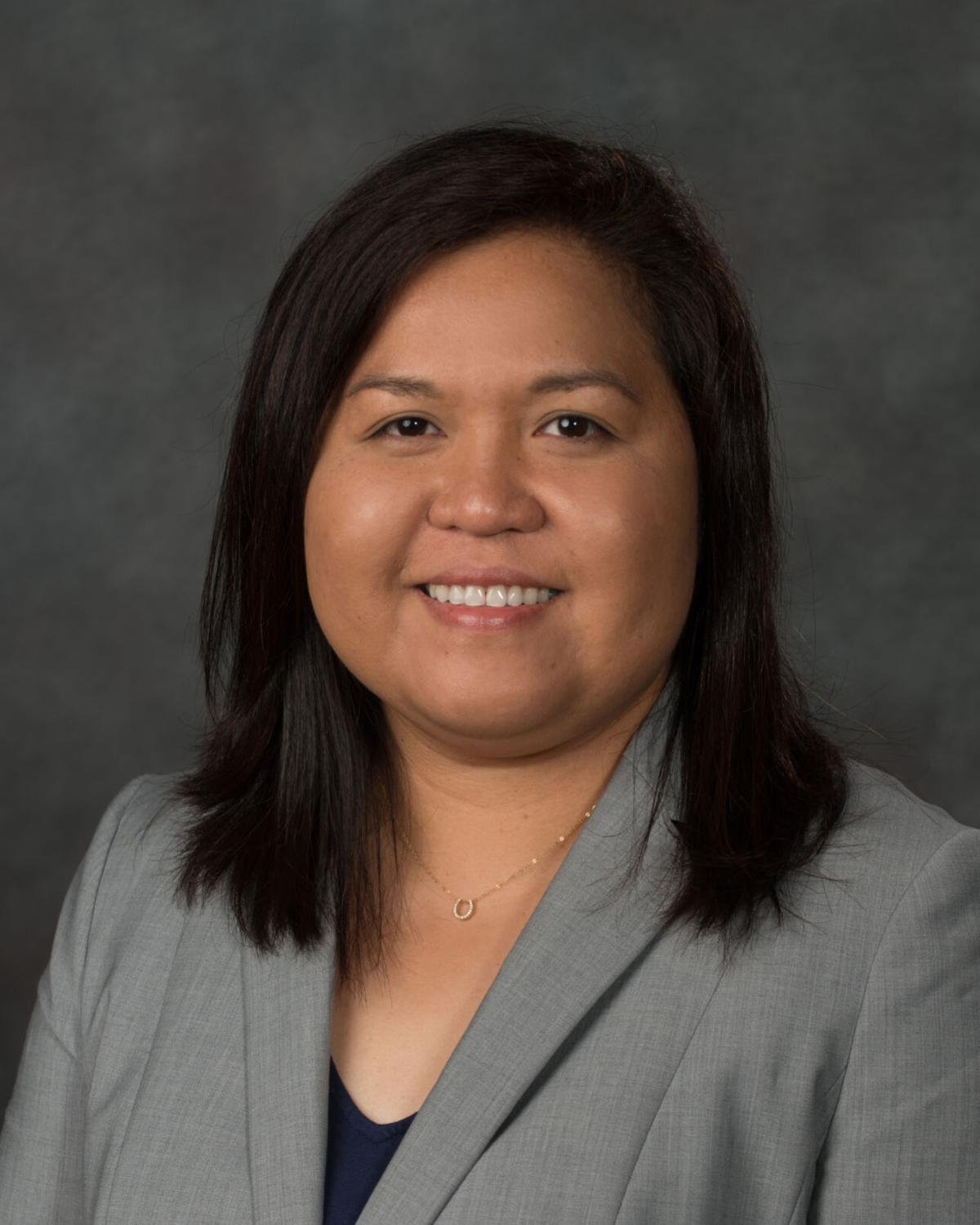 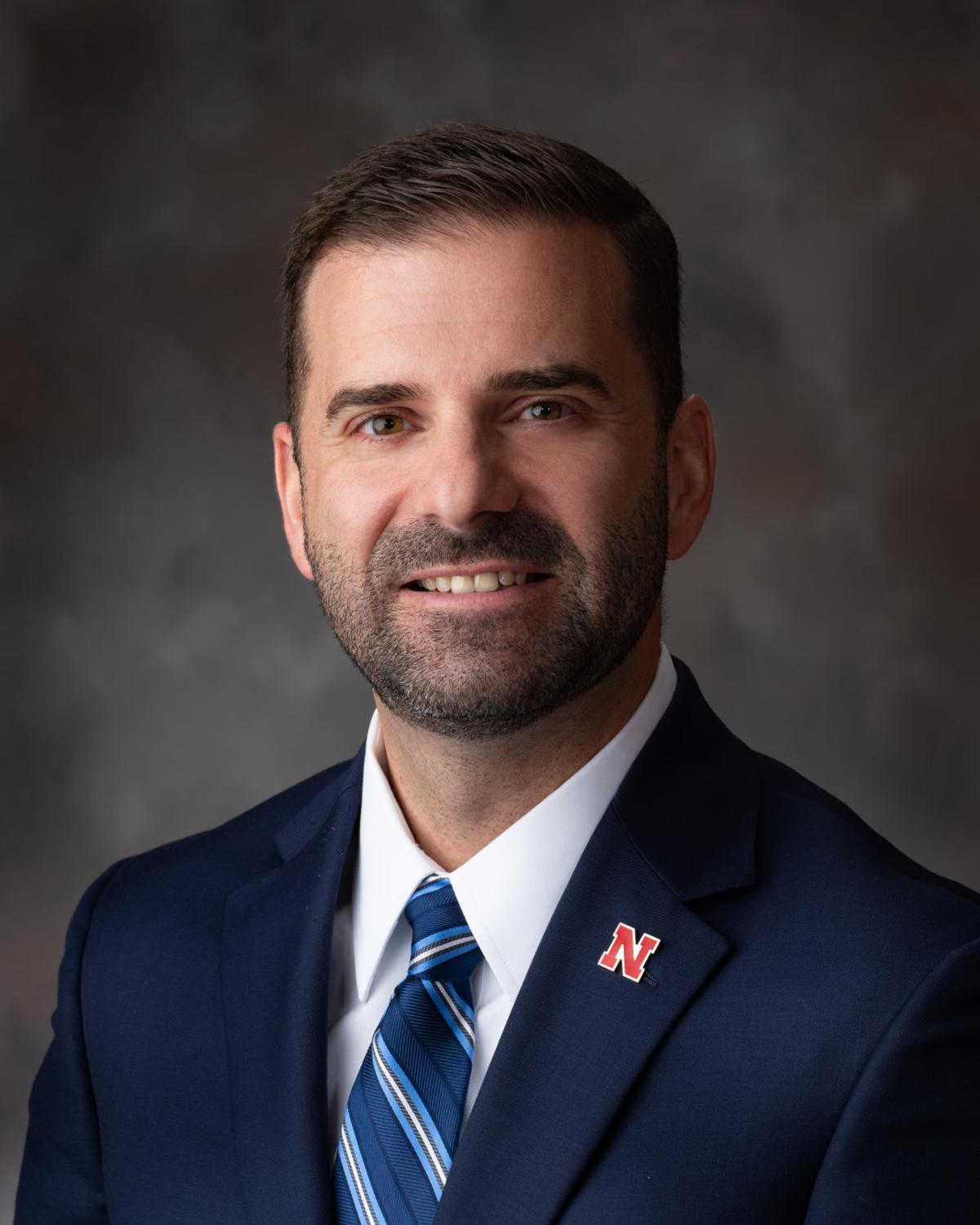 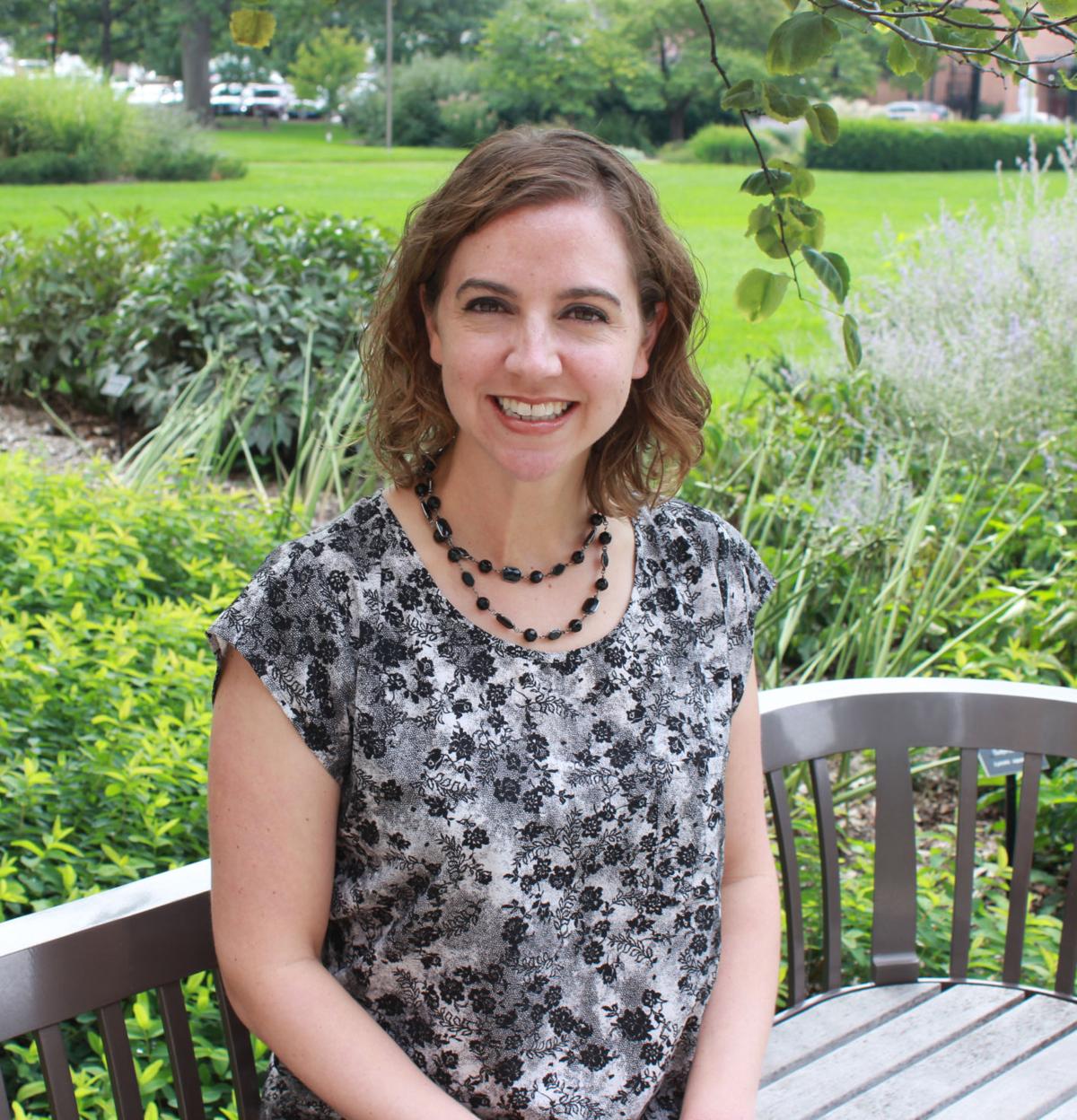