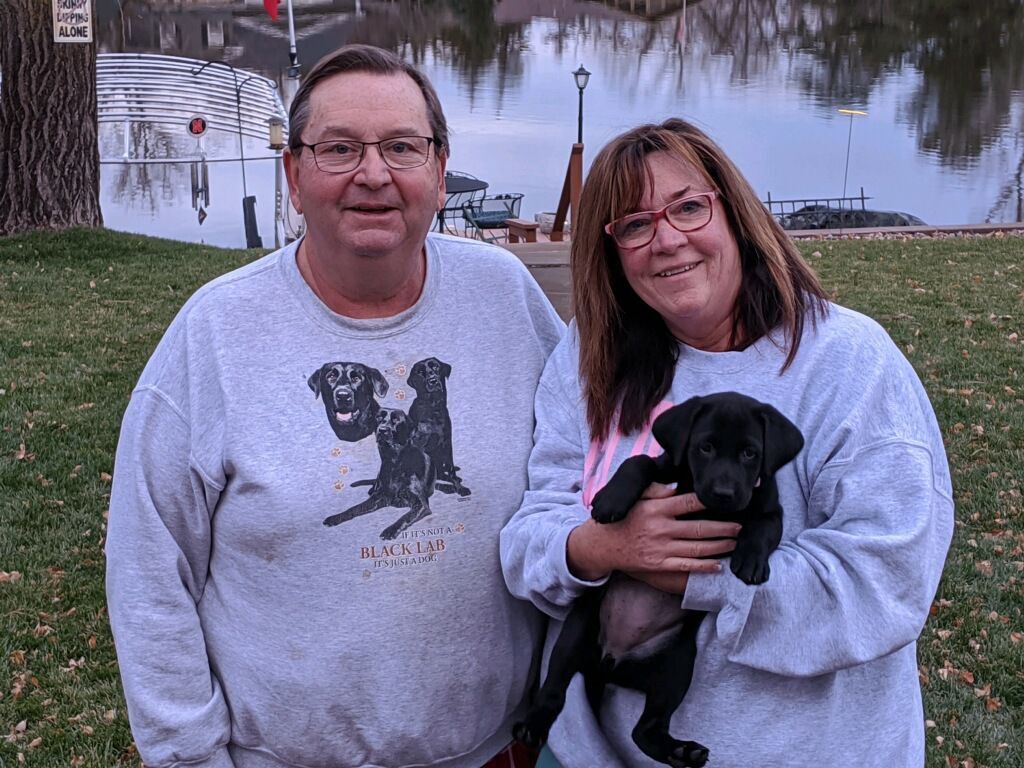 Jerry and Cyndi Jarecke with their new puppy Daisy. Jerry, who is recovering from COVID-19, takes Daisy out every few hours for a little bit of exercise to help keep himself active as he recovers. 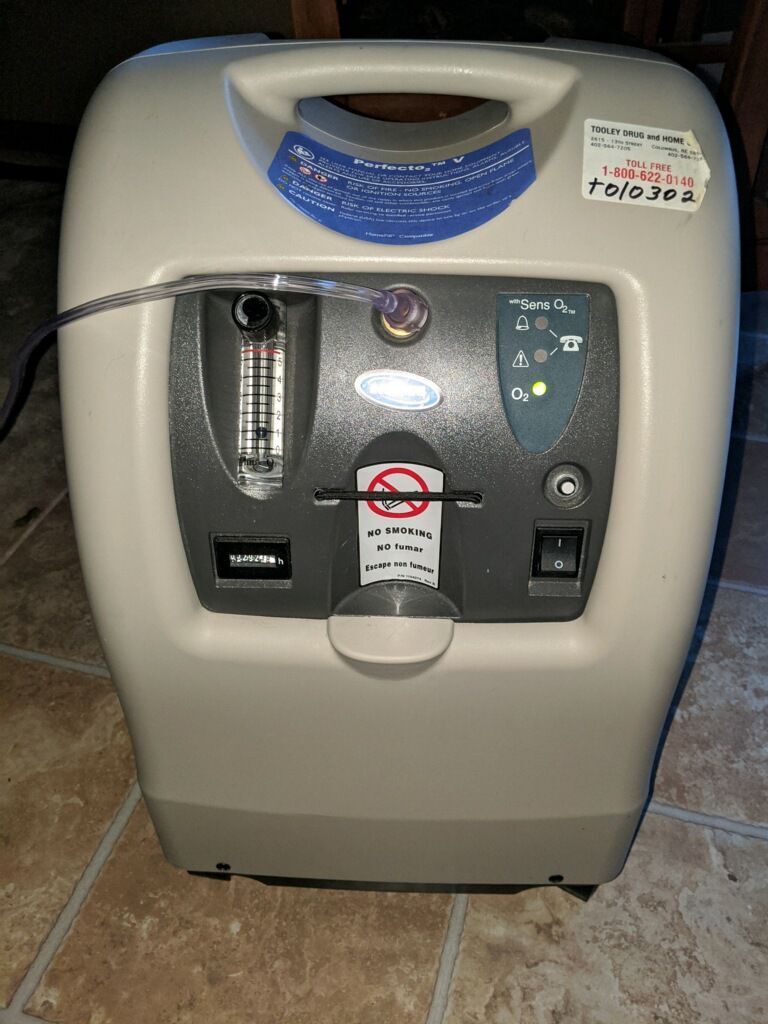 Columbus business owner Jerry Jarecke was sent home with oxygen after being hospitalized with COVID-19.

Jerry Jarecke would sit, wheezing, for 10 minutes after walking the four or five steps to the hospital bathroom, he recalled on Wednesday.

Jerry, who owns Master Care in Columbus, 1059 26th Ave., tested positive for COVID-19 at the end of October after suddenly feeling symptoms.

“All of a sudden I just felt real … fatigued, couldn’t catch my air. (I) just felt horrible, my chest was like someone was standing on it,” the 63-year-old said. “I lost my taste and my smell almost immediately … all I wanted to do was sleep just, nothing but tired.”

Jerry said he did not see another person after testing positive.

“I was scared of giving it to someone,” noted Jerry, who added he does not have underlying conditions.

His wife of 25 years, Cyndi, said that in early November, Jerry woke up and said, “I about woke you up overnight … I can hardly breathe.”

The two talked to his doctor and then went to the hospital, Cyndi said.

“That Thursday, we took him up to the hospital and obviously didn’t see him again until the next Tuesday,” Cyndi added. “You know, you drop somebody off at the hospital and you tell them goodbye and is that the last time you’re going to see them? You just, you don’t know.”

For Jerry, the hospital stay lasted about six days.

“The hospital staff was fantastic. They worked on me 24 hours a day, every two hours, they were either giving me IVs or medication of some sort,” he said. “They were just absolutely wonderful … saved my life to be honest with you.”

Columbus Community Hospital has diligently been monitoring bed capacity and proactively been expanding its capabilities specific to negative pressure rooms over the last few months, said Amy Blaser, vice president of physician relations and business development, as well as the public information officer in the hospital’s incident command. But, CCH leaders are encouraging the community to wear face masks.

“There is an urgent need for all of us to take personal responsibility for slowing the spread by using the tools we have to protect our health care system…” Blaser said. “What we can do in this situation is masking.”

COVID-19 is spread mainly between people through respiratory droplets, Blaser noted, which are produced by coughing, sneezing and talking. These droplets can enter the mouth or noses of nearby individuals or be inhaled into the lungs, she added.

Jerry recalled how bad it was for him in the hospital.

“Your lungs turn white like a snowstorm,” he said. “I was very scared … and you start thinking. Your mind starts playing games on you … I was very scared, I was, because you just don’t know.”

It was a weird experience, he added, and some days he even began to feel better.

“The demons come in at night. At night you’re (lying) there and … you would wake up. You would feel so horrible it was just, you couldn’t breathe,” he said. “I’d sit at the edge of the bed, just trying to catch my breath and I’m on oxygen. It’s crazy.”

Jerry noted he was never on a ventilator.

Blaser said no patients in the hospital are on ventilators as of Thursday. She also added that CCH’s patient census was a total of 39 patients in the acute care floor, the ICU, the third floor and the maternal child health department. Of those 39, 20 are COVID-positive.

As of Thursday, there have been over 4,000 COVID-19 patients since the pandemic began and 122 new cases since the day before, according to East-Central District Health Department data.

Melanie Knoepfle, who also battled the virus, said she has a small group of friends in a messenger chat and three of the six of them currently have COVID-19.

“My husband had a heart attack in April, so we tried to be very careful, wearing our masks in public, at work, at grocery stores, rarely going into a restaurant, limiting contact with family and even doing book club meetings outdoors as (one) of my only forms of social contact,” Knoepfle wrote in an email.

A couple of weeks ago, her husband helped three family members do a task for an hour outside, she noted, while not wearing masks.

“The next day, one family member had a fever. Four days later, my husband had a fever and immediately isolated himself from myself and our 12-year-old daughter,” she said.

Knoepfle and her daughter tested negative, but her husband was positive and quarantined in the basement, she wrote.

“Unfortunately, about two days later I was showing symptoms, and the following day our daughter showed symptoms … this time, our tests were positive as well,” Knoepfle said. “It is so important that we don’t run out and expose others just because we have no symptoms. I would have felt terrible had I given it to others before I realized I had it, even when I tested negative.”

Their symptoms are mild compared to many, she said.

“We count ourselves as extremely fortunate,” Knoepfle said.

For Jerry, who had severe symptoms, he is on the road to recovery.

When he got tested, he said he was actually hoping it was positive. He wanted to be done with it.

“I didn’t think I was going to get that sick. Don’t ever wish for something because it might be the wrong thing to wish for,” Jerry said.

Jerry and Cyndi Jarecke with their new puppy Daisy. Jerry, who is recovering from COVID-19, takes Daisy out every few hours for a little bit of exercise to help keep himself active as he recovers.

Columbus business owner Jerry Jarecke was sent home with oxygen after being hospitalized with COVID-19.