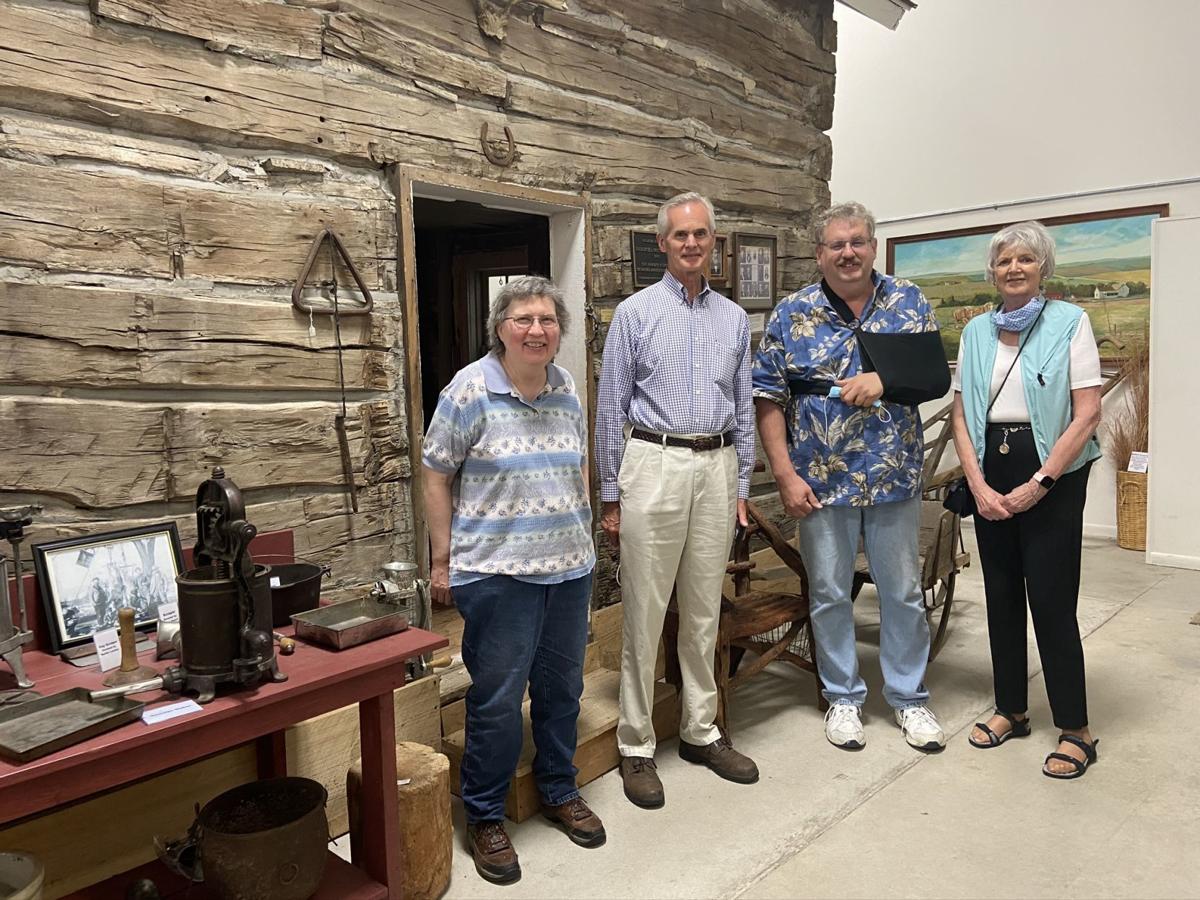 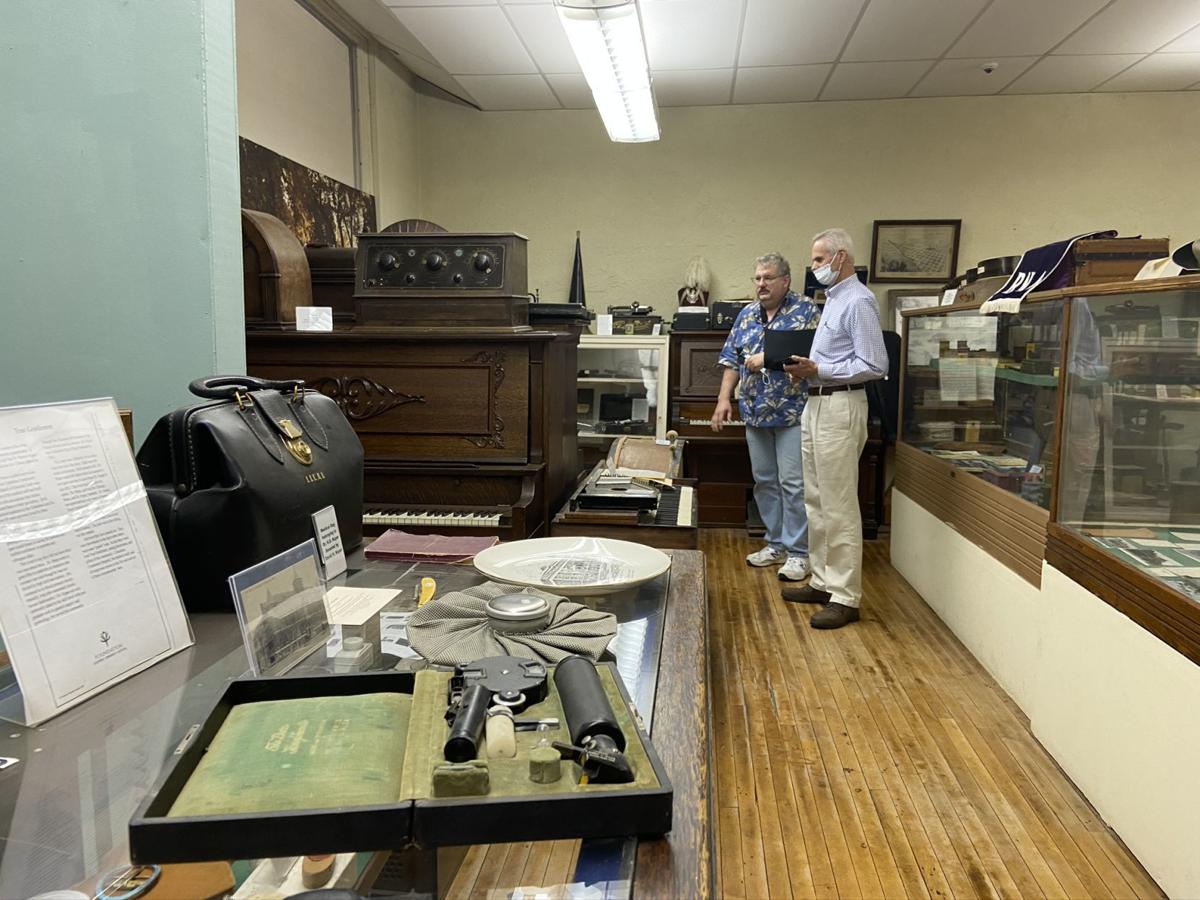 Lt. Gov. Mike Foley, left, is led on a tour of the Platte County Museum Monday by Mike Siedlik, president of the museum board.

“I think a lot of Nebraskans are traveling within the state,” Foley said, noting that there are sites and attractions that residents can visit “safely within their own backyard.”

In the Passport Program, a list of attractions is provided that guests can visit to receive a stamp in their “passport.” There’s a virtual version that allows participates to digitally check-in and take a selfie at the establishment.

The sites and attractions featured in the program vary every year. This year, the Platte County Museum is the only attraction listed for Columbus. The museum was last in the Passport Program in 2014.

Members of the Platte County Historical Society and Museum Board of Directors accompanied Foley on a tour of the museum, which included the west building with various exhibits, the 1857 Gottschalk Log Cabin and the Third Ward/Lincoln School building.

Foley asked what the museum’s biggest exhibition is, which some said is the log cabin.

Mike Siedlik, president of the Platte County Historical Society and Museum, noted that the log cabin, which boasts original furnishings, had been transported to the museum with the building it’s located in being built around the cabin.

The cabin is also a feature that takes visitors by surprise, along with a 1913 Indian Motorcycle.

“There are a lot of interesting things in the museum that people don’t even know about,” Siedlik said after the tour.

The Third Ward building boasts an authentic turn-of-the-century barbershop and pianos and wooden shoes crafted in the area back then. Siedlik noted that shoes were created for steelworkers so they could safely walk on embers and special sandals made for military men to keep their feet safe during the war.

According to Siedlik, the majority of the items the museum displays are donated to them.

Officials at the museum say that the program has already significantly impacted attendance at the facility in the first month of the program.

Cheri Schrader, executive director of the museum, said that as of Monday morning, 270 people had visited the facility due to the Nebraska Passport Program. This does not include the number of those visiting who utilized the Passport Program app.

“It has increased our attendance,” Schrader said. “Some days, 20 people will come by. On a regular summer day, that doesn’t happen.”

Treasurer Rich Aerni noted that most visitors don’t realize how much the Platte County Museum is, which can be good for them as families will often come back to visit the areas they didn’t get to before.

A Duncan man alleged to be involved in a hit-and-run that ended in a woman’s death is scheduled to appear in court next week for a status hearing.

Lt. Gov. Mike Foley, left, is led on a tour of the Platte County Museum Monday by Mike Siedlik, president of the museum board.