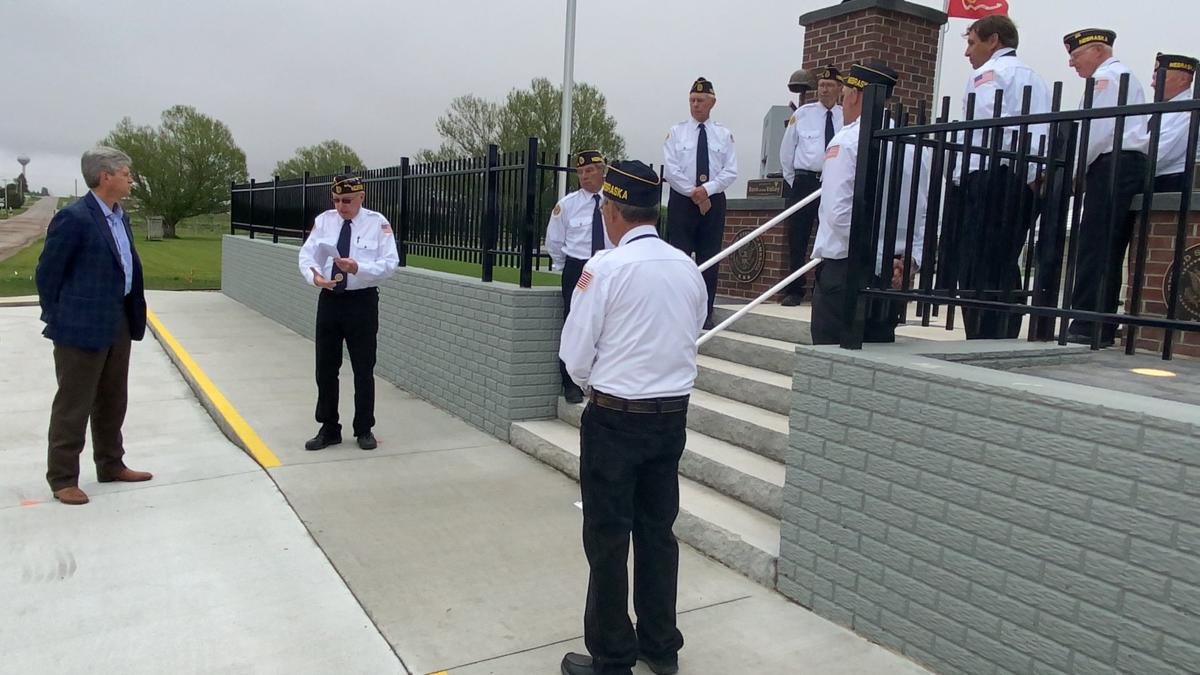 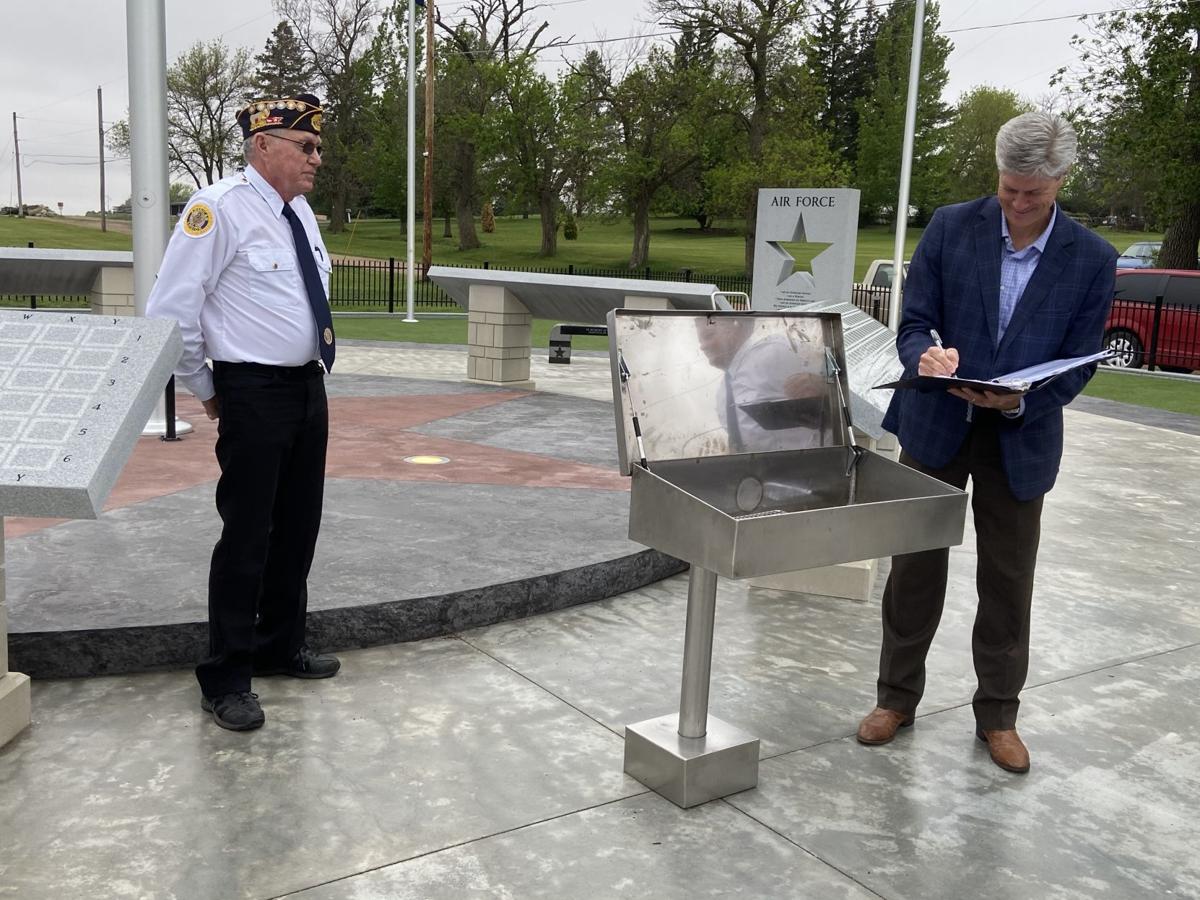 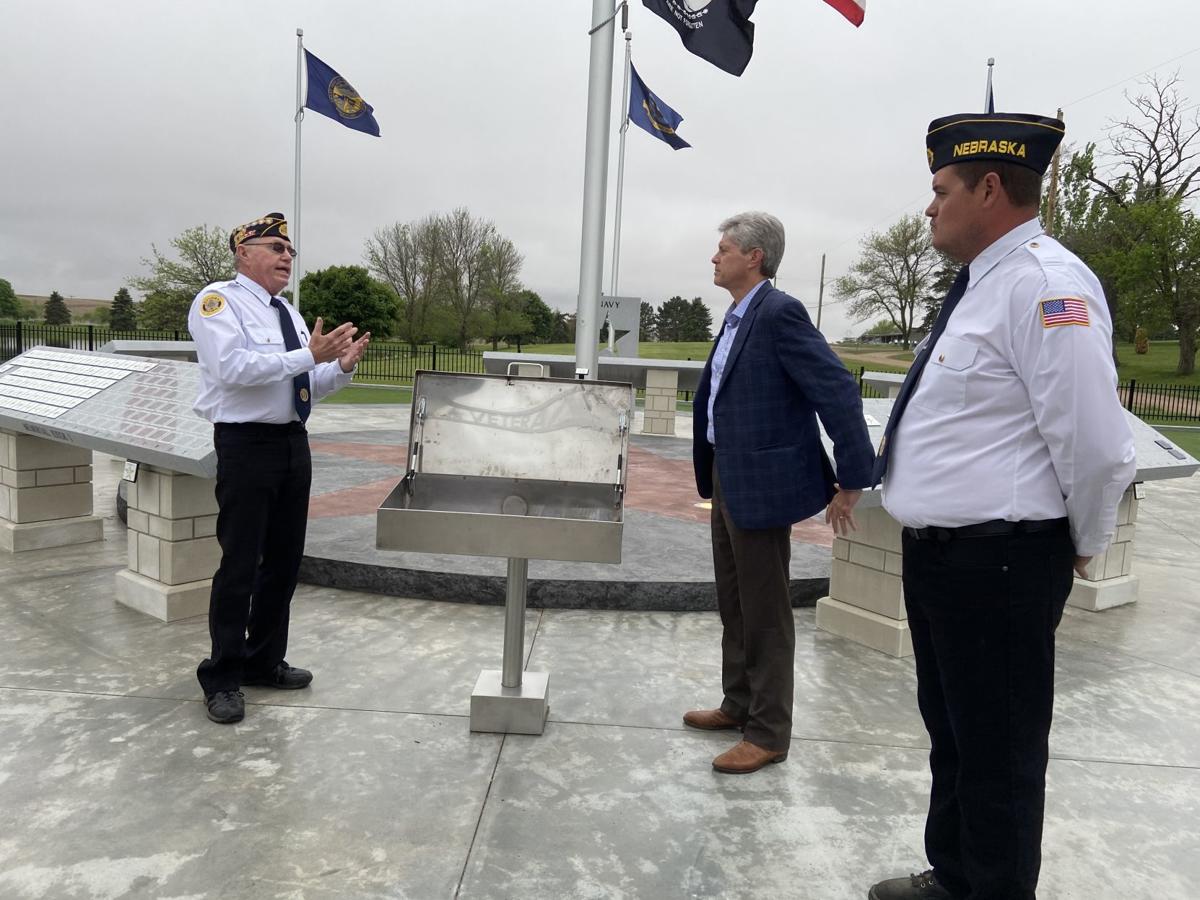 Mike Korth, adjutant general of Post 80, said the new memorial has been the accumulation of 3.5 years of hard work.

“After all the accolades are handed out because of our accomplishments, let us never forget the reason we built this park: Which is to honor those who selflessly gave in service to our country,” Korth said. “Along with community effort, anyone and everyone who knows anything about Humphrey will tell you, when you start a project here in Humphrey, these people are behind it … When we started, we were worried like anyone else, ‘How are we going to get the funds? How are we going to accumulate that kind of money?’ This community of Humphrey and the surrounding communities have just been out of this world about being behind us all the way.”

The congressman appeared to be impressed.

“This is just fantastic,” Fortenberry said, noting an experience he had last December in which he attended a remembrance of the Battle of the Bulge. He had been standing next to a World War II veteran who shared that he was only 19-years-old when serving in the battle.

“So for you guys in the American Legion, all that you’re doing to preserve, not just the past but carrying it forward through time with memorials like this in wonderful towns like Humphrey,” said Fortenberry, a Republican. “I love Humphrey. I love everything that it stands for.”

Korth noted that the difficult part in establishing a new memorial is securing funds for future upkeep.

“We realized when you build a facility like this, you’re going to have future upkeep. You’re going to have maintenance to think about,” Korth said. “To figure that in, where’s that money coming from? We’re not one of these Legions or VFW posts that we have a bar or a social hall or all that stuff.”

Volunteers in charge of fundraising did an excellent job, Korth said, in securing those funds needed to ensure maintenance. For example, donors were found for the flags, poles and benches, with each bench displaying unique designs.

The official decision to begin the process of establishing a new veteran memorial was made in 2015. In 2018, Mark and Marcelline Foltz donated the parcel of land that Veterans Park is situated on.

“I feel privileged to be part of your opening ceremony. You do tremendous work here even though we aren’t always present in the Humphrey community, please know that we are constantly present,” Fortenberry said.

Due to inclement weather, the tour of Veterans Park was cut short, but Fortenberry ended the visit by commenting on Washington politicians needing do work together better.

“There are deep, philosophical differences but these are the things that unite us, and you’re the organizations that help us remember why we ultimately have to be united, the sacrifice that America has been and ought to continue to be,” Fortenberry said. “Each generation has to do it and we have to constantly fight for it or we’ll forget.”

Fortenberry noted that he and Jim Pillen, of the farm, have been in close contact with each other about the coronavirus pandemic’s impact on the agriculture sector.