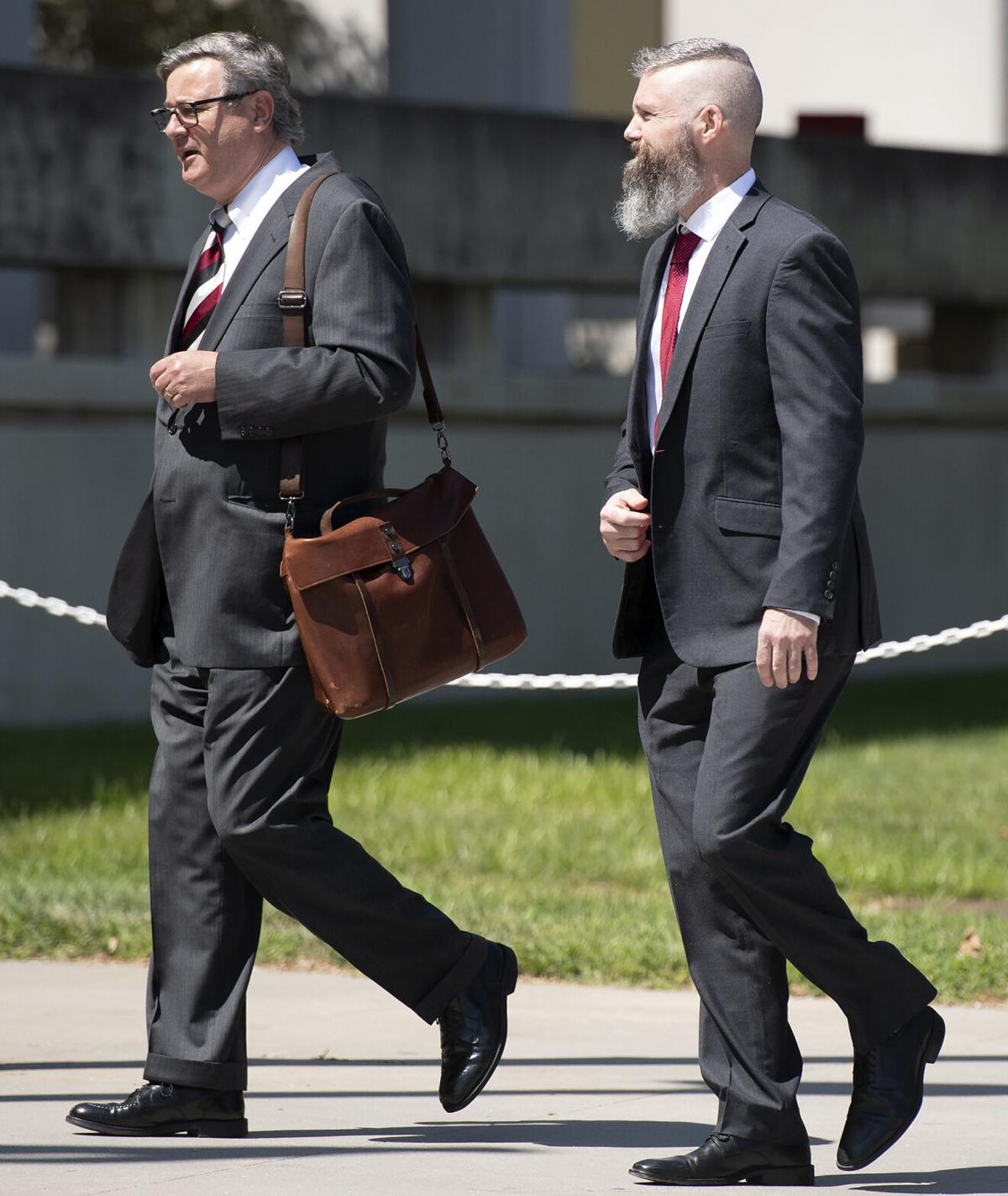 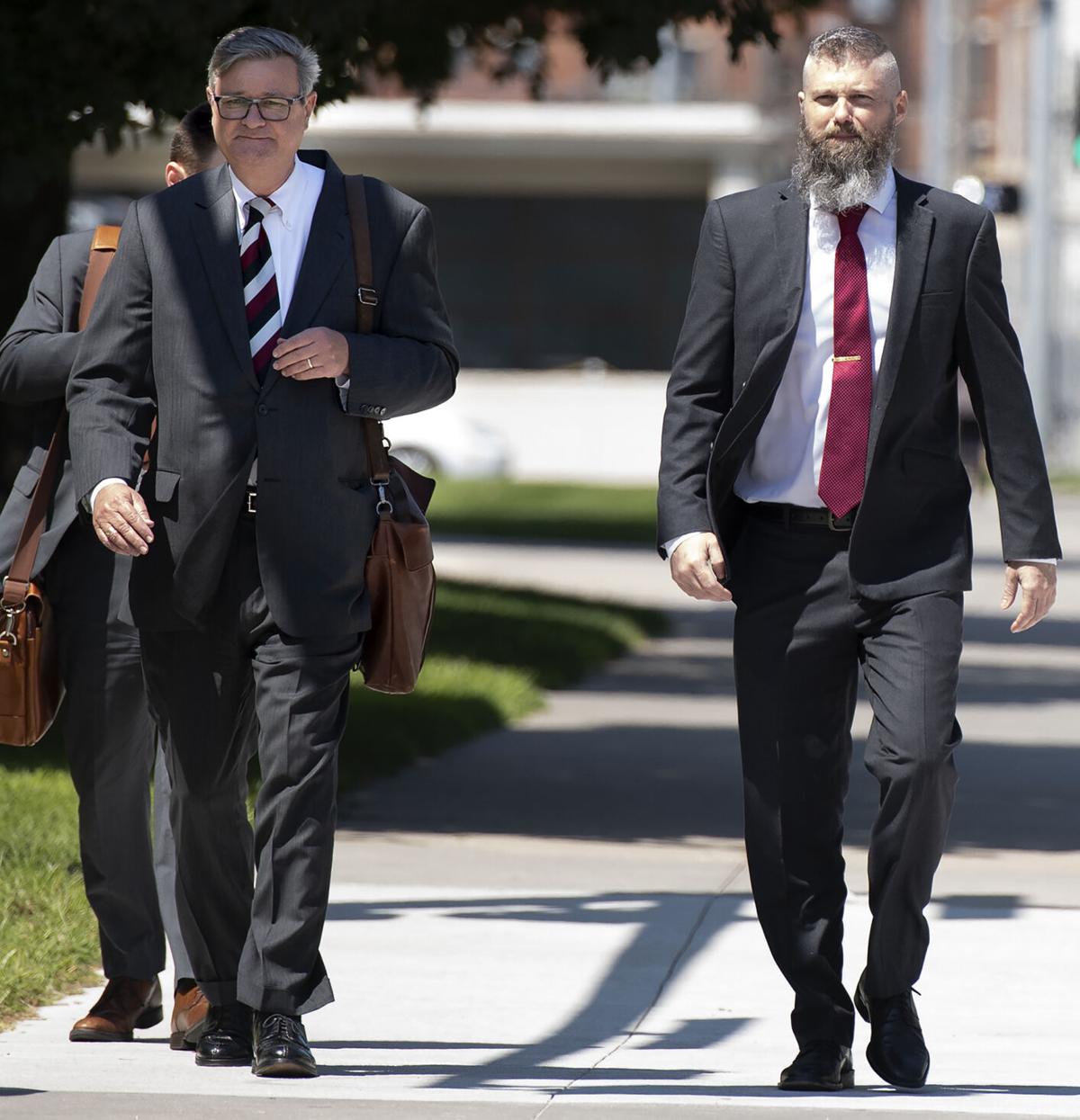 Benjamin Madsen (right) walks with his lawyer, J.L. Spray, to the Hall of Justice for Wednesday's hearing in Lancaster County District Court. 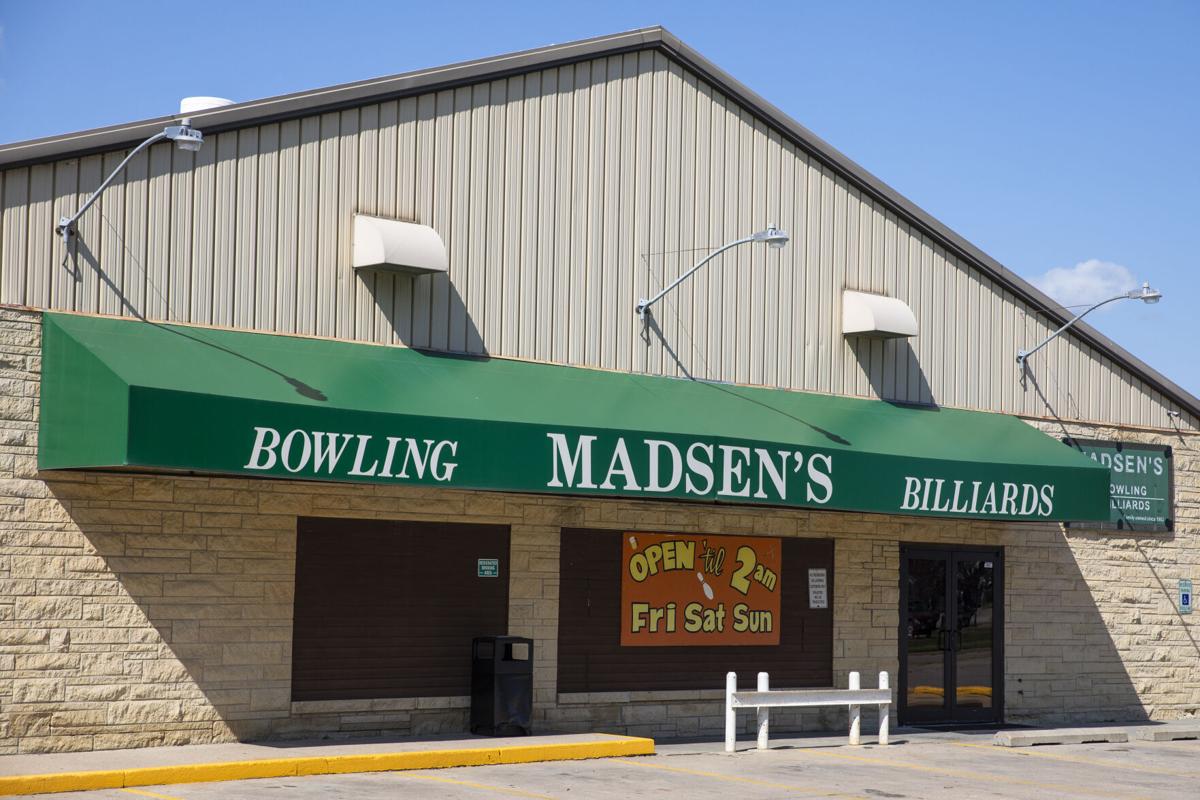 A compliance check at Madsen’s Bowling & Billiards on Sunday showed employees and patrons not wearing masks.

Hours after a Lincoln judge tossed out the city's complaint seeking an injunction to close Madsen's Bowling & Billiards over flagrant violations of the city's directed health measures, the city's health director took matters back into her own hands.

On Thursday afternoon, Lancaster County District Judge John Colborn essentially said the city doesn't need a court to order Madsen's to close. It already has a way to get it done: police and deputies.

"The court does not decide, however, whether the directed health measures 2020-07 (the "DHM") is valid, either generally or as applied to Madsen Bowling," he said in the nine-page order filed Thursday.

At the time, owner Benjamin Madsen's attorney, J.L. Spray, said his client was relieved to have the city "off his back."

"But he's fearful that they'll continue to seek some type of an order against him and his business," he said.

Indeed, staff from the health department returned to the business near 48th and Holdrege streets on Thursday and observed continued violations of the directed health measure, according to the closure order.

City officials said they hope it won't be necessary for law enforcement to enforce the order. There were no signs of law enforcement officers at the business on Thursday night.

As for the court proceedings, Colborn focused his analysis on the requirement that the party seeking a permanent injunction not have a so-called adequate remedy of law, meaning "a remedy that is plain and complete and as practical and efficient to the ends of justice and its prompt administration."

Colborn said under the ordinances, the health director has the power to order Madsen's to close.

"And such order shall be enforced by the city and county law enforcement agencies," the judge said. "Given the health director's powers, the court is unsure why it is being asked to order the closure."

Watch Now: Attorneys lay out case for, against shutting down Madsen's over health measure violations

On Saturday, Madsen kept his doors open, defying Lopez's initial order to close for 24 hours, then fought back in court after the city filed a complaint seeking an injunction Monday.

At a hearing Wednesday, Spray hit on what would become a key point in the arguments: There were other remedies available to the city, aside from closing Madsen's.

It could've sought a closure order initially or filed a criminal charge against Madsen.

Chief Assistant City Attorney Chris Connolly acknowledged the city had the option of sending in Lincoln police to clear out the business Saturday, when Lopez ordered the bowling alley to shut down over numerous violations of the directed health measure, including not requiring patrons or staff to wear masks indoors.

"We chose not to do that. We didn't want that circus," Connolly said.

At the hearing, Colborn pressed Connolly on why the city didn't seek immediate compliance, considering city municipal code says Lincoln Police and the Lancaster County Sheriff's Office "shall" enforce all orders issued by the health director.

Colborn said if the city found the bubonic plague in a building, it would just shut the place down; it wouldn't ask a judge to do it.

Connolly said under the law, the city had the option of asking for an injunction civilly.

"And that's exactly what we're doing," he said.

"Closing a business is exactly what the city wants the court to do here, of course, except the court's order (unlike the health director's order) could only be enforced through contempt proceedings," he said.

In other words, Colborn would've had to order Madsen's to close, then hold a contempt hearing if he refused.

In its complaint, the city alleged that Madsen's hasn't complied with the city's health order since it went into effect July 20. Employees aren't wearing protective face coverings, and the business isn't requiring patrons to wear face coverings or comply with 6-foot separations.

Before the second closure order, Benjamin Madsen said he didn't intend to change the way he's been operating the business. He did not respond to requests for comment late Thursday night.

Remaining for another day's fight was Spray's contention that Lopez isn't a "duly appointed health director" because she was hired as a consultant on contract and hasn't been approved by the board of health, City Council or County Board, as set out in statute.

"That problem doesn't go away," Spray said after the decision came down.

He said he doesn't know why the city has been negligent in getting a health director appointed, particularly during a pandemic.

"We're not taking the temperature of the salad bar here," the attorney said.

Photos: Lincoln during the pandemic

Photos: The scene in Lincoln with much of city shut down

Journal Star photographers have captured life in the city for the past months with some activities going on as usual but many sights out of the norm.

Benjamin Madsen (right) walks with his lawyer, J.L. Spray, to the Hall of Justice for Wednesday's hearing in Lancaster County District Court.

A compliance check at Madsen’s Bowling & Billiards on Sunday showed employees and patrons not wearing masks.