LINCOLN — Pete Ricketts hit it out of the park Tuesday night, romping home with the governorship after the most competitive gubernatorial battle in 16 years.

Ricketts, the Omaha financial investor who once was chief operating officer of Ameritrade and whose family now owns the Chicago Cubs, toppled Democratic nominee Chuck Hassebrook in a vigorous contest that widened at the end.

"We did it," Ricketts said to open his victory speech. He thanked the more than 400 supporters who gathered at the Cornhusker Marriott in Lincoln Tuesday, the finale to his 14-month-long campaign.

Other Republicans also found success while running for statewide offices.

Secretary of State John Gale and Treasurer Don Stenberg were re-elected, Doug Peterson defeated Janet Stewart in the race for attorney general, and Charlie Janssen will be the next state auditor after defeating Amanda McGill.

For Ricketts, Tuesday's victory represented a dramatic comeback from the overwhelming defeat he endured at the hands of Democratic Sen. Ben Nelson in Nebraska's 2006 Senate race. Ricketts poured more than $11 million of his own money into his first political bid and walked away tarred as "Wall Street Pete."

Ricketts, 50, has pledged to use his business experience to reduce the size and scope of state government, building a conservative administration that focuses on state growth, economic expansion, job creation and tax relief.

Two immediate challenges await him in Lincoln: chaotic mismanagement at the Department of Correctional Services that has sent prisoners pouring back onto the streets before they completed their court-prescribed sentences, and reform of the sprawling and costly Department of Health and Human Services.

State Auditor Mike Foley, who was elected lieutenant governor as Ricketts' running mate, has been designated by the governor-elect to assist him in tackling the challenges at HHS.

Hassebrook, former executive director of the Center for Rural Affairs in Lyons and a former University of Nebraska regent, focused on opportunities for the state to invest in the future — including early childhood education — and mounted a vigorous uphill challenge.

Internal campaign tracking polls showed Hassebrook moving within striking distance of Ricketts before he apparently hit a wall while Ricketts surged ahead.

In coming weeks, the new governor must build his new administration and prepare budget recommendations for the new Legislature.

One of the primary budget challenges he will face could be balancing the costs of possible improvements in prison programming — or even new prison construction — against his own desire to fund property tax reduction with a chunk of the state's cash reserve.

Ricketts lost to Nelson by 164,000 votes in 2006, but remained engaged in politics, serving in the Nebraska Republican Party leadership as its national committeeman with a voice at the national party level.

Returning to the ballot this year, he became an engaged fundraiser, recognizing that even the smallest contribution brings with it personal engagement and commitment.

Ricketts campaigned vigorously in small towns all across the state, determined to show voters he isn't who he has been portrayed to be by his political opponents, not disconnected by privilege or personal wealth, but sharing common concerns and in touch with their lives.

Lemurs have a 'gourd time' at Oregon Zoo 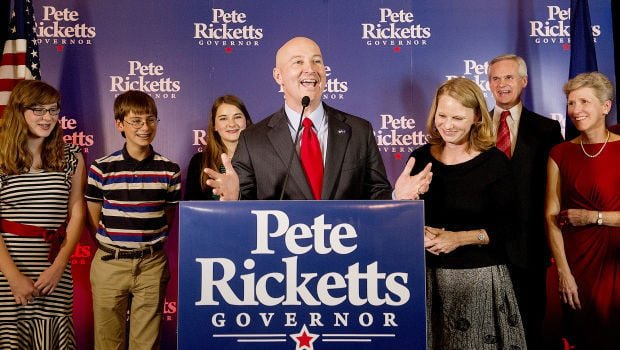 Republican Pete Ricketts, center, takes the stage to announce his victory over Chuck Hassebrook on Tuesday at the Cornhusker Marriott in Lincoln. On the stage are his children Eleanor, Roscoe and Margot, his wife Susanne, third from right, and his Lt. Governor-elect Mike Foley and his wife Susan. 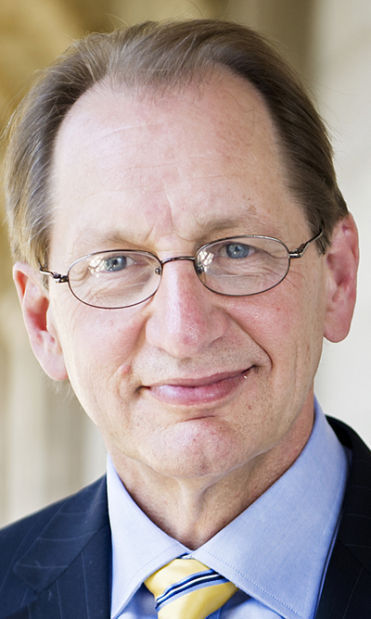