Become a Member
Read Today's E-edition
Share This
Helping to save lives: 12-year-old assists during near-drowning near Monroe
0 Comments
Share this
1 of 2 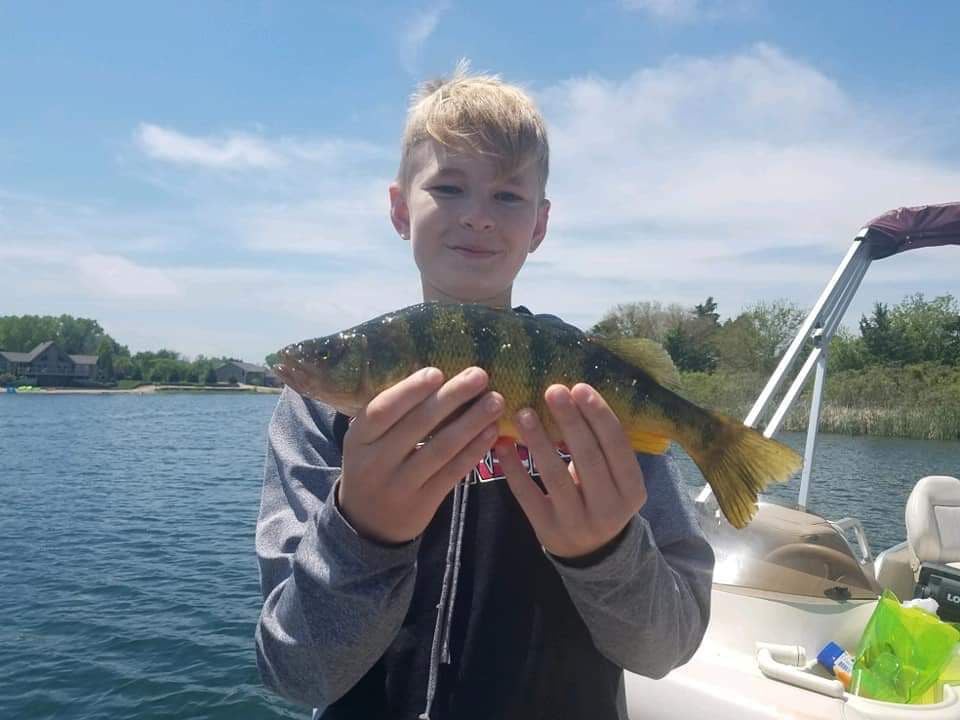 Cayden Scheffler, 12, holds up a fish he caught. Scheffler, of Fullerton, helped rescue two drowning teenagers on Saturday near the Monroe Powerhouse on the Loup River. 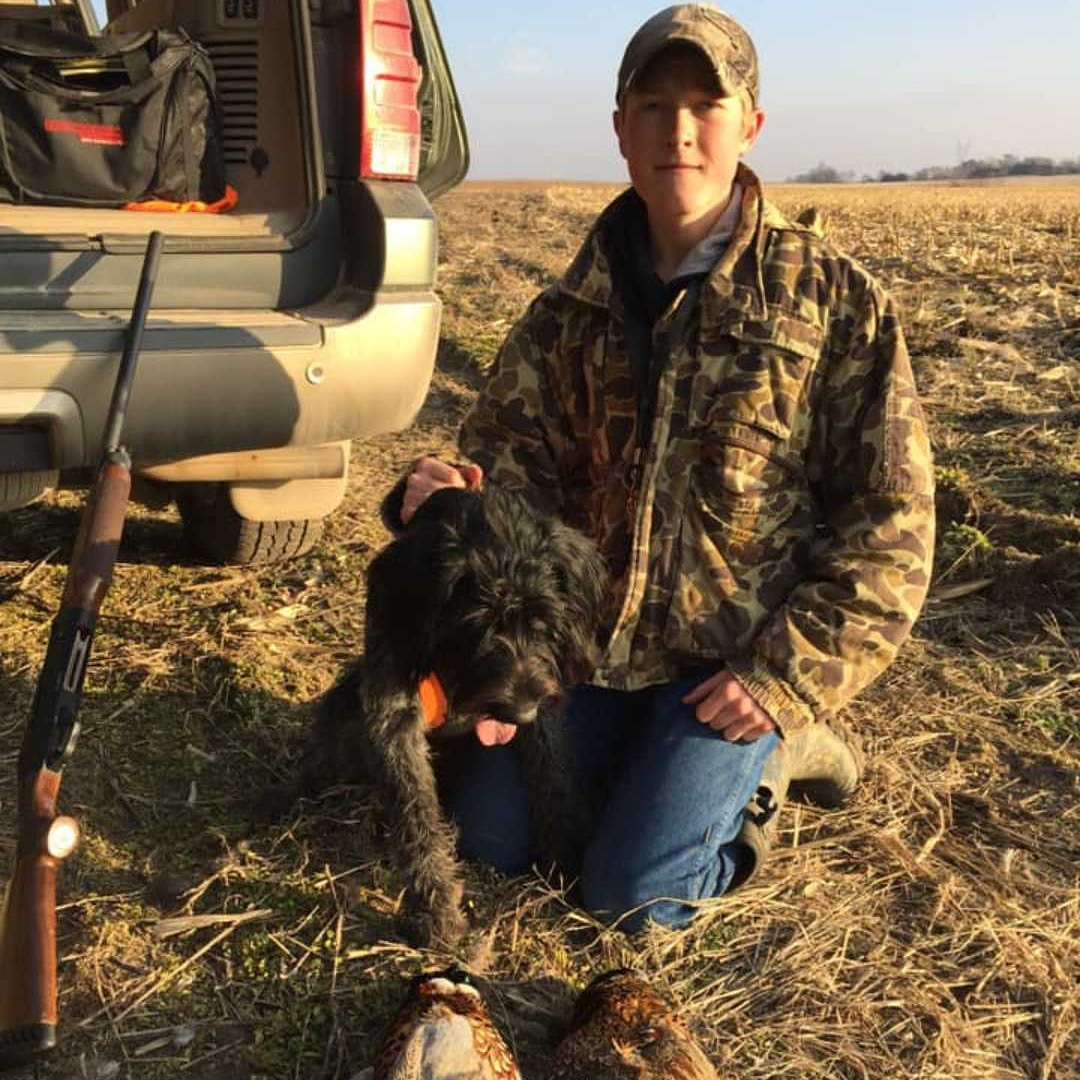 Ford Ekhoff, 17, poses with his hunting dog, Quill. Ekhoff was one of the two teenagers saved by 12-year-old Cayden Scheffler on Saturday.

Editor's note: An earlier version of this story incorrectly stated Derek Spragg was part of the Genoa Fire Department, which he is not. That version also stated the events took place along the Loup River, when they took place along the Loup Canal. The earlier version also stated Jim Kuntz was the assistant fire chief of the Genoa Volunteer Fire Department, which he is not. The story has been updated to reflect these changes. Once The Columbus Telegram learned of the errors, it removed them. The Columbus Telegram apologizes for the errors.

Over the weekend, a 12-year-old Fullerton boy saved two teenagers from drowning in the Loup Canal near Monroe in Platte County.

Cayden Scheffler was fishing with Ford Ekhoff and Ekhoff’s girlfriend, Lily Kayes, on Saturday afternoon near the Monroe Powerhouse. They were there as part of a friendly catfishing tournament organized by a local, Derek Spragg. Participants were spaced out along the Loup Canal over about 10 miles.

Ekhoff, 17, had his hunting dog with him – a German Wirehaired Pointer named Quill. It was meant to be a quiet afternoon, but that changed when Quill decided to take a dip in the canal.

“She started to get pushed around by the current. I knew she wasn’t going to be able to get out, so I jumped in after my dog,” Ekhoff said.

Quill, Scheffler said, is Ekhoff’s entire life – he wanted to save her. But the water was too much.

“When I went to go get my dog I realized that I wasn’t going to be able to fight the current, either. After trying to get my dog out of the water for a while I started to get tired and ran out of energy,” Ekhoff said.

But, he said, when he tried to return to dry land, he couldn’t get close enough to the edge. When he did reach the bank, it was slippery with algae and impossible to climb up. Kayes, 18, reached down to pull Ekhoff up, but she slipped and fell into the water.

Now there were three of them in the canal.

Jim Kuntz of the Genoa Volunteer Fire Department called instructions and advice to Scheffler from the opposite bank of the canal. With the gate to the powerhouse bridge locked, Kuntz couldn’t get across. He phoned 911 and watched as Scheffler, now standing alone, tried to help Kayes out of the water.

Scheffler has been fishing near the powerhouse since he was 3-years-old and recognized the water was too dangerous for him to jump in.

“I tried to use my fishing pole to cast out to them and have them grab my weight,” Scheffler said.

Kayes caught the line, but when Scheffler tried to pull her out, the line snapped and the tip of the pole fell off.

“I’m pushing my girlfriend to the edge of the bank trying to get her so she could grab something, and I’m hollering at Cayden to grab something like a rope. Then I told him to grab the orange pole,” Ekhoff said.

Ekhoff’s pole – 12-feet-long and super-glued together – did the trick. Ekhoff finally got Kayes close enough to the edge and she was able to grab the pole and pull herself up.

“I’m still in the water and kind of getting pushed around by the current and I’m really tired by this point. I yelled to Cayden, I said, ‘I’ve got one more lap. I don’t think I can make it another lap,’” Ekhoff said.

It took every little bit of his energy to get close enough to the bank, Ekhoff said, but he did it.

“Cayden stuck that pole out long enough that I could just grab the tip of the pole. He pulled me to the edge and I just kind of laid there. I said, ‘You’ve got to pull me up kid, I’ve got no energy left,’” Ekhoff said.

Scheffler and Kayes pulled the rest of the way out and onto the bank. Once out of the water, Ekhoff turned his attention back to Quill.

“I cast out trying to get the dog but I had no energy whatsoever – could barely move, couldn’t cast worth a crap. Finally, I snagged the dog, got the dog to the bank and I just kind of collapsed,” Ekhoff said.

Then the EMTs arrived to tend to the kids. In the end, everyone – including the dog – came away in one piece. Ekhoff slept for about 12 hours after making it back to his tent but said he woke up feeling fine if a little sore.

Scheffler’s dad, Tony, made a Facebook post about the rescue that went a little viral. The attention, Scheffler said, has made him feel uncomfortable.

“I’ve never had anything this scary happen to me,” he said.

But, he said, he was glad he was able to help save his friends. As for the people online who have been calling him a hero Scheffler’s proud of what he did.

“I never thought I was going to be like that,” he said.

Cayden Scheffler, 12, holds up a fish he caught. Scheffler, of Fullerton, helped rescue two drowning teenagers on Saturday near the Monroe Powerhouse on the Loup River.

Ford Ekhoff, 17, poses with his hunting dog, Quill. Ekhoff was one of the two teenagers saved by 12-year-old Cayden Scheffler on Saturday.