Tom – who is quick to tell a joke while reciting such tales – said he has loved getting to know the community since he started working permanently with Hi-Lo over 50 years ago. The company, located at 3804 23rd St. Ste. 1 in Columbus, dates back three generations ever since Tom's grandfather, Clinton Townsend, purchased the business around 70 years ago.

Tom has worked on just about every kind of machinery or part -- whether it's fixing hydraulic cylinders, motors, pumps, valves, hoses, tractors, trucks and multiple other parts. Essentially, Tom has probably directly, or indirectly, helped almost every Columbus resident since the last 1960s.

However, fixing these various parts over the years has taken a toll, Tom said, adding he's planning to retire and close the business. The Blocker family recently announced the company’s last day is on Nov. 5.

“This is kind of a bittersweet thing for me,” Tom said. “I don’t know if I’m ready to retire. Nancy (his wife) is ready for me to retire.”

Nancy echoed Tom’s sediments, saying his retirement is “bittersweet.” She commended her husband for all the tireless hours he put into the job.

Tom noted he’s glad to be done with running the clerical side of the business, saying the office side of work wasn’t his favorite.

Tom added though his job isn’t “rocket science,” it’s a line of work not many people want to do.

His grandfather on his mother's side, Clinton Townsend, originally bought the company from two men with the last names Hines and Lofshalt, hence the name Hi-Lo. Tom said the name also means "high-quality, low cost."

Eventually, Townsend passed on the company to Tom's father, Jack. And, Tom took over for his dad.

The business originally started in Omaha but moved to Columbus in 1950. According to Townsend's daughter and Tom's mother, Pat, the move was decided on because it made more economical sense if the business relocated. The parts and merchandise such as hay stackers, corncrib milo harvesters and loaders were shipped out of Columbus.

Around this time, Jack moved his family from Minneapolis to Columbus as a way to help his father-in-law with the business. Jack helped Townsend by installing corncribs in Minnesota, Wyoming, Iowa, Arizona and Colorado. Pat said Jack would take their three kids on one of the trips once a year as a way for Pat to jokingly have "a vacation."

Tom recalled as a young child he helped his family with the business but joked he was “probably in the way more than anything else.” Eventually, as Tom got older, he started getting paid while working at the shop in high school.

After graduating high school, Tom served in the U.S. Army. He bounced around from job to job following his service, unsure of what he wanted to do before returning to Hi-Lo.

It's a decision he's glad he made.

Tom said some of his best moments were when he conversed with his customers.

“I like to talk,” Tom said. “I like to talk to guys and find out what’s going on out on the farm and in the industrial sites. I wanted to know how they broke their stuff. So maybe somebody else won’t have to break it the same way.”

When the machinery broke down, a lot of the time came down to “operator error,” Tom joked.

Tom added he liked helping fix farmers’ equipment so they could get back to their operation. But, fixing broken-down produce compacters wasn’t his favorite job. He said in the summertime he had to deal with maggots while in the winter he was forced to break the ice off the machines just to work on them.

“I never charged enough for those jobs,” Tom joked.

He recalled one of the funniest moments came when working on a loader. Jack found a pair of long underwear stuffed inside. The loader’s owner told Jack that they believed the long underwear would stop the leak, Tom said, which got a laugh out of him and Nancy.

During his time with Hi-Lo, Tom joked he knows a lot about what not to do and if he could sell that information he would be a rich man. But Nancy added he also succeeded on several projects.

“I just like fixing things and I hate it when mechanical stuff beats me, it really gets to me,” Tom said.

But one thing that Tom is thankful for is the community support over the last seven decades.

“We had some really great customers,” Tom said. “… I want to thank the community and the support that they’ve given us and the patronage. They were loyal. And we tried. We would fail every once in a while – that’s what everybody does.” 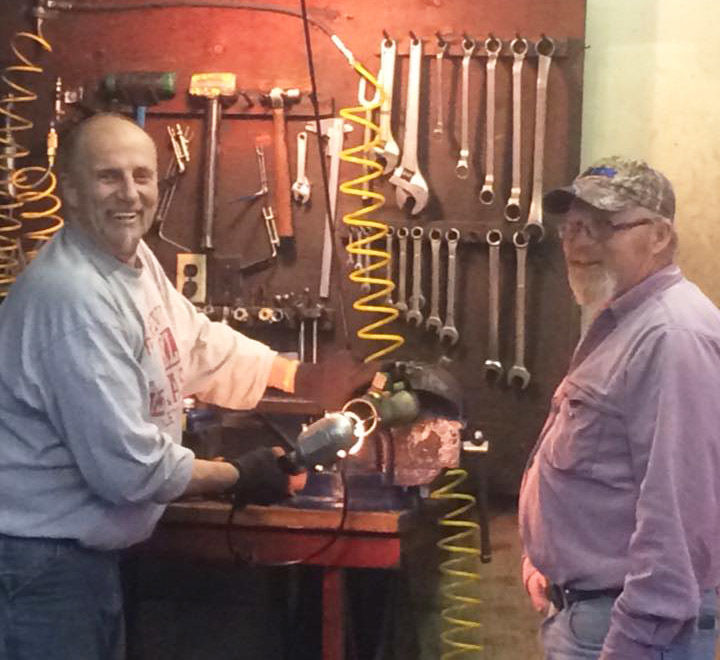 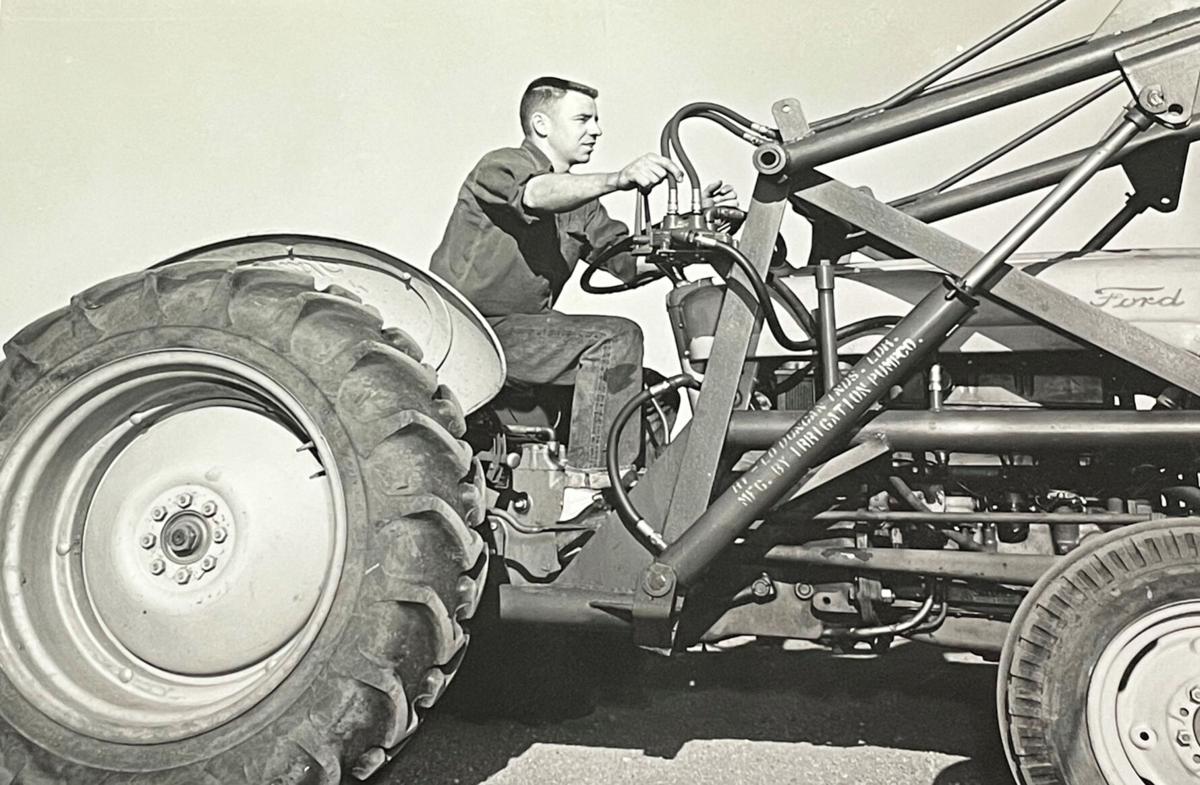 Jack Blocker, who was Hi-Lo Equipment's previous owner rides equipment. Tom Blocker took over the business from his dad, Jack. The Blocker family recently announced that Hi-Lo's last day will be Nov. 5.