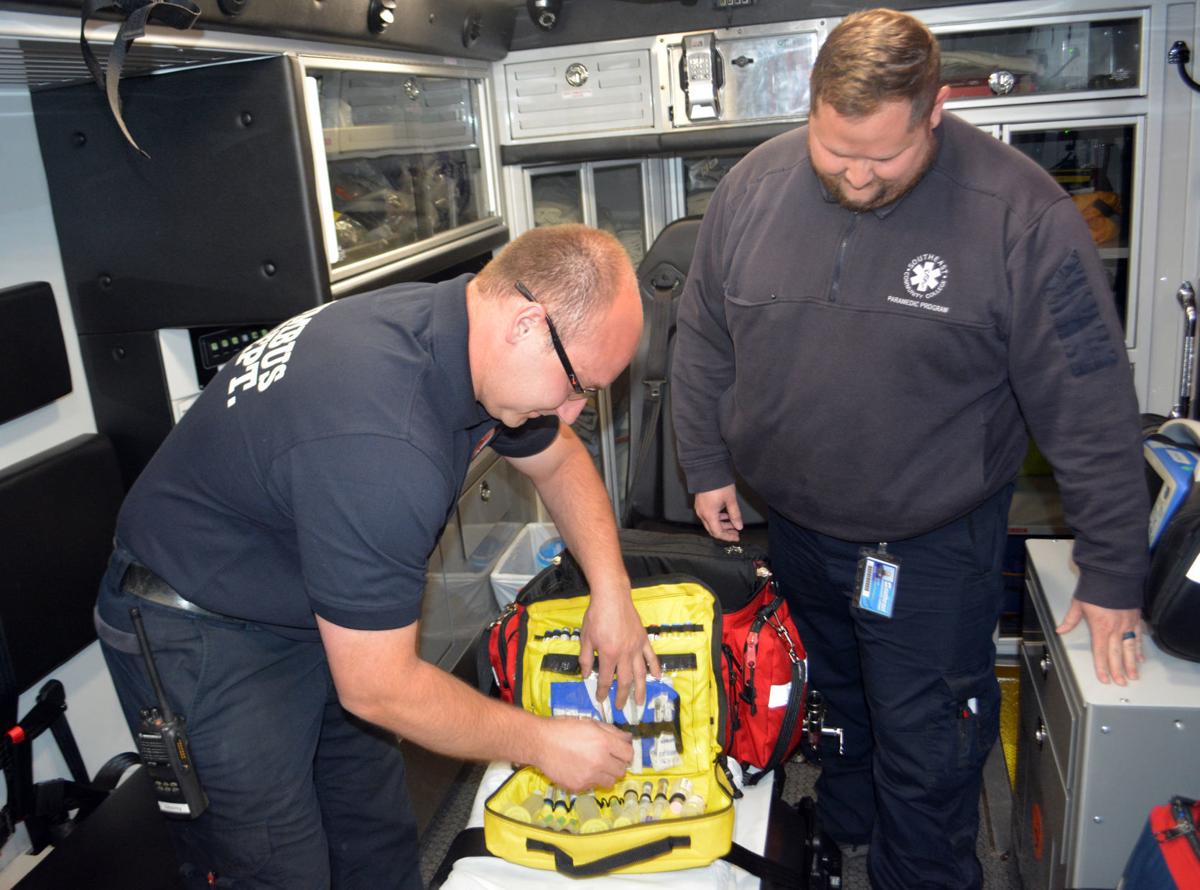 David Oborny, a firefighter/paramedic with the Columbus Fire Department, shows Alex Hartzell an assortment of medications used in the field. Hartzell, a paramedic student at Southeast Community College in Lincoln, interned at the station three days weekly through June 15. Recently, Viaero Wireless and Maximus Restaurant and Bar held an event in appreciation of area first responders. 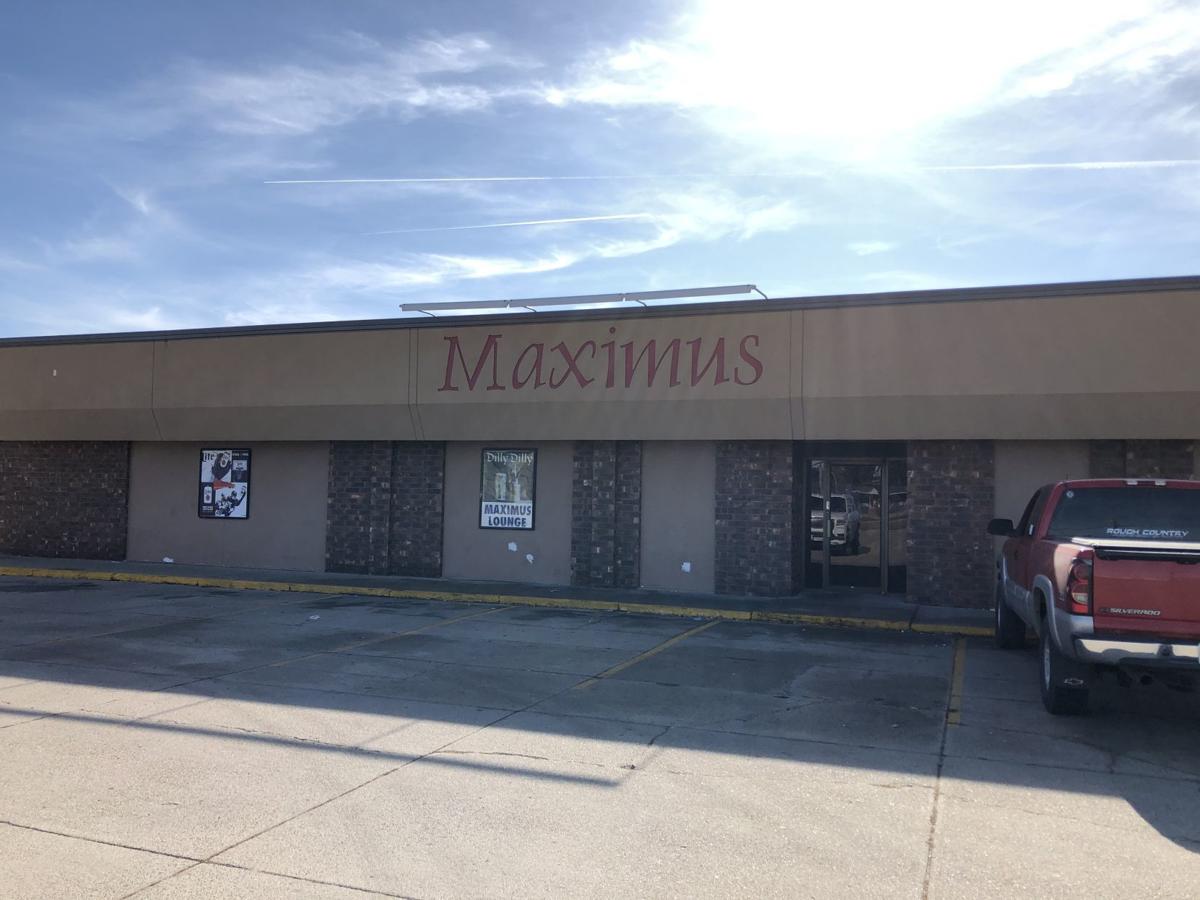 The Maximus Restaurant where first responders this weekend enjoyed some good eats and good company.

Columbus first responders this last weekend were able to spend a relaxing afternoon away from their busy jobs enjoying some good eats, a few beverages and some Nebraska football - even if the outcome wasn't in the Huskers' favor.

The gathering, held through a collaborative effort between Viaero Wireless and Maximus Restaurant and Bar, resulted in several EMTs, paramedics and other lifesavers spending some time with their friends, family and colleagues under one roof.

Area first responders in attendance had the opportunity to win prizes like concert tickets to artists like Blake Shelton, Chicago and Brantley Gilbert. Those tickets were sponsored by Alpha Media, which owns a few stations in Columbus and a variety of locations encompassing Central Nebraska.

Terry Janicek, a 17-year employee of the Columbus Fire Department, said that he enjoyed his time at Maximus and noted that money raised from the gathering will be beneficial for CFD team members.

Janicek also mentioned that the March flooding that plagued Columbus and its surrounding communities earlier this year was especially taxing on many first responders and their loved ones. Additionally, it resulted in many not being able to take some much-needed time away from their taxing jobs.

Regardless of the flooding and other pressures associated with the job, Janicek said that he and others are passionate about what they do and feel lucky to be able to provide the community with their services.

“I’d (still be) doing everything that I am now. It’s been great,” Janicek said.

He noted that the job is not always like what people see on TV - it's a lot more in-depth than what Hollywood oftentimes portrays.

“Knowing that others rely on you, you’re brothers," he said. "It’s not only you that you think of on any call that you are on, it’s the other brothers that you have with you, the firefighters. Their lives and jobs rely on what you are doing.”

Anthony Alexander, another member of the Columbus Fire Department, echoed Janicek's sentiment regarding his appreciation of the fundraiser and what it will enable the department to accomplish.

Although Nebraska was unable to get a win over Wisconsin, losing 37-21, the Columbus Fire Department was able to have a good time, even if just for a few hours, forgetting about all the troubles and risks associated with the job.

It was a bonus securing funding to make the department even stronger heading into the future, Janicek said.

“What this means to us is extra training, the ability to go out and actually get more certifications, better equipment and a better ability all around,” Janicek said.

David Becker is a reporter for The Columbus Telegram. Reach him via email at david.becker@lee.net

Two local businesses are teaming up today to honor area first responders for their efforts during the last year, which included significant ti…

David Oborny, a firefighter/paramedic with the Columbus Fire Department, shows Alex Hartzell an assortment of medications used in the field. Hartzell, a paramedic student at Southeast Community College in Lincoln, interned at the station three days weekly through June 15. Recently, Viaero Wireless and Maximus Restaurant and Bar held an event in appreciation of area first responders.

The Maximus Restaurant where first responders this weekend enjoyed some good eats and good company.