Editor's note: "Community Champions" is a weekly feature in which area residents who are advocates for the community are profiled. To recommend someone for consideration, send an email with the subject line 'Community Champions' to news@columbustelegram.com. Please include contact information about the person and his/her background. Read previously published stories on columbustelegram.com.

Everyone in town might not be familiar with Brandon Miller, but chances are if you’ve had elementary school-aged children attend the Columbus After School Program in the last decade or so, the name “Mr. Brandon” rings a bell.

Brandon Miller, who for over a decade has been affectionately referred to as “Mr. Brandon” by Columbus Public students, has become a local celebrity among area youth. When he enters a school gymnasium as the Columbus After School Program’s recreation coordinator, kids flock to him with eagerness because they know they’re in store for an afternoon of fun. It could be tag, capture the flag, dodgeball, the game doesn’t matter, as everyone is guaranteed to have a good time – including Miller.

“I like working with the kids. I want to show them I’m also having fun and playing the game or doing the activity, not just watching,” Miller said. “It’s not all about winning. Yes, winning is nice, but it’s more about having fun. I grew up with that kind of mindset – you can only control how you play, so if you’re trying your best, you cannot control the outcome any other way. We have to make sure we’re having fun.”

A Columbus native, Miller grew up having a good childhood living with his parents, two older brothers, Rob and Craig, and younger sister, Tiffany. From an early age, sports were part of the equation.

“I mainly started out watching my oldest brother playing soccer and I became fascinated with the game,” Miller recalled. “I played a lot of sports and I watched my siblings play.”

Miller played baseball, football and soccer, but it was his father, Galen, who inspired him to want to work with youth as he got older.

“Growing up, he volunteer-coached all of us all of the time,” he said. “He did a lot of other stuff behind the scenes, so I would say he had a big influence on me.”

Miller graduated from Columbus High School in 2005 and spent a few years at Central Community College-Columbus; however, he decided to leave because he knew he desired to share his love for sports and physical activity with the younger generation like his father did. He already had gotten a taste of it, having helped coach his cousin’s sixth-grade basketball team with his dad and a local football team. He wanted to pursue that interest further.

Miller’s sister helped him land the opportunity with CASP, a role he has been in for 13 years. Each weekday, he travels to one of Columbus Public’s five elementary schools, where he works with up to 15 kids that range from kindergarten to fourth grade at one time. They’ll play sports and games, but he’ll also help out during homework time.

“I think he’s a positive role model for the kids. He’s very good with them,” CASP Director Stacey Whiting said. “Brandon is very hardworking and he’ll do anything that’s asked of him. He really does a great job for us.”

Miller, 34, has also followed in his father’s footsteps, as he earned the necessary credentials to referee club and high school soccer, and is a longtime coach with the Columbus American Youth Soccer Organization. The latter is a youth soccer league that prides itself on positive coaching, good sportsmanship, player development and giving everyone the opportunity to play the game.

In a lot of ways, Miller embodies those qualities the league prides itself on. Miller reiterated he tries to find a good balance when coaching.

“I make sure we’re having fun while playing, but I also want it to still be competitive,” he said. “I don’t think everyone needs to get a trophy – we still need to emphasize the importance of competing.”

Miller is arguably one of the more vocal coaches on the sidelines of AYSO games, but in an endearing way. He oftentimes is the first one to point out when one of his players does something well and is unafraid to mention when something could have been done differently by calling their attention and quietly point it out in a constructive manner.

From his perspective, it's about learning and growing rather than perfection.

“As a coach I do yell, but it’s all positive,” Miller said. “I enjoy the game and I just want to see the kids do the best the can, while also trying their hardest.”

Galen, who has coached alongside Miller for many years, said his son inspires him as a coach and as a person.

“He’ll bring kids off the field and explain what they did wrong, let you go back in and try again. Everything he says is positive, there’s no negativity,” he said. “He’s a good person, and is always willing to teach the kids not just the sport but life lessons. It makes me proud to know I taught him right and he’s bringing that to the next generation.”

Miller said working with kids is not always easy, but it’s rewarding. As far as coaching goes, the most challenging aspect is getting parents to commit to bringing kids to practice and showing up on time so he can work with them consistently.

With limited practices this past fall season due to the COVID-19 pandemic, that proved true again and presented challenges. But, Miller found a way to make it work. The keys to his success are his patience and friendliness.

“I’m very easygoing – I don’t let stuff bother me,” said Miller, who is a longtime Tampa Bay Buccaneers fan after using the team in “Madden” football while playing video games in 1999. “I go with the flow and do what I can in terms of stuff that needs to get done to just help out.”

He’ll hear kids shout “Mr. Brandon” when he walks into a school, but equally rewarding is having young people come up to him at a store like Walmart, be happy to see him and oftentimes thank him for the memories they have of being around him through the After School Program or on an athletic team.

Miller wants his teams to win, but a game’s outcome never dictates his approach with kids. There’s more to life than wins and losses, he stressed.

“I may not be the best skill-wise, but I hope I’m helping them grow as a person like my dad did for me,” Miller said. “I don’t see myself not doing this for a long time. I’ll always plan to keep doing it until it’s not fun anymore. When I stop enjoying it, that’s probably when I’ll give it up. I’m always going to try my best.”

Brandon Miller poses for a photo on a recent day holding a soccer ball and wearing a Tampa Bay Buccaneers shirt. Miller has been a fan of the …

'An all-around good guy': Johnson aims to help others in various ways

Kevin Johnson is there for some of the happiest moments in people’s lives, signing papers to make them homeowners.

Her calling in life: Newman passionate about teaching, coaching, the community

Columbus native Kelsey Newman wears many hats in her life as a teacher, softball coach, marketing director and continuing student. But, if the…

Cream of the crop: Vasquez bridges gap with community and Hispanic population

Santiago Vasquez has realized you can’t save the world, but for the better part of this century, he has been focused on the world closest to him. 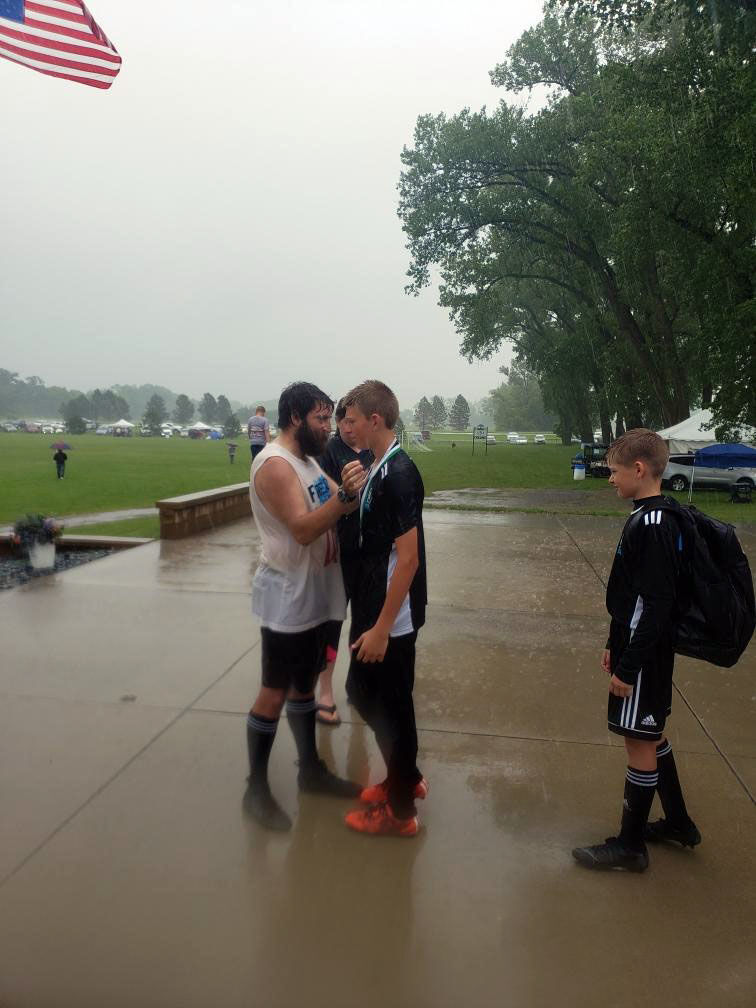 Coach Brandon Miller talks with one of his players after a soccer game. Miller aims to help players improve their skills and learn life lessons along the way. 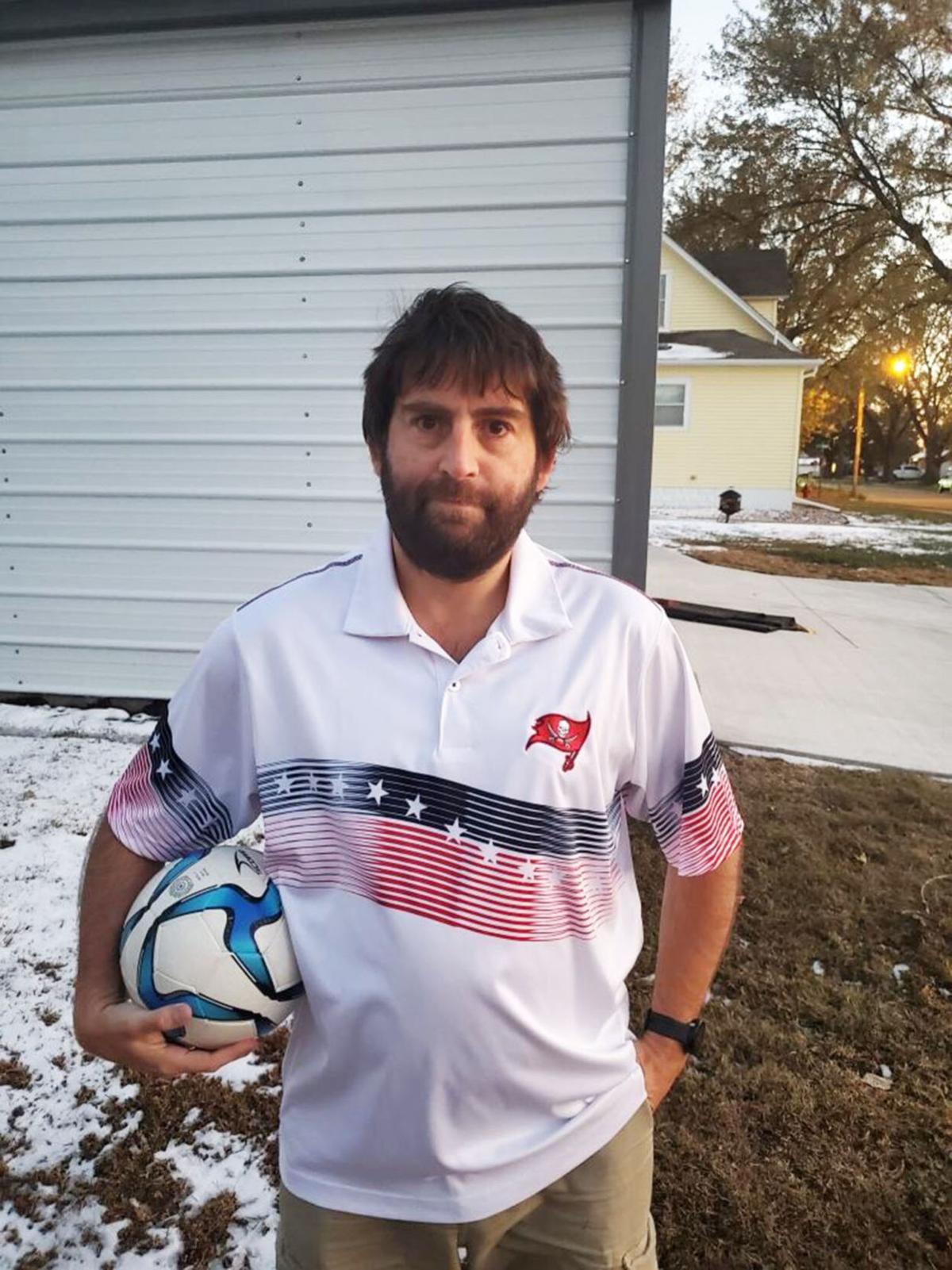 Brandon Miller poses for a photo on a recent day holding a soccer ball and wearing a Tampa Bay Buccaneers shirt. Miller has been a fan of the Tampa Bay football team since 1999 and has been coaching soccer and working with youth for many years.