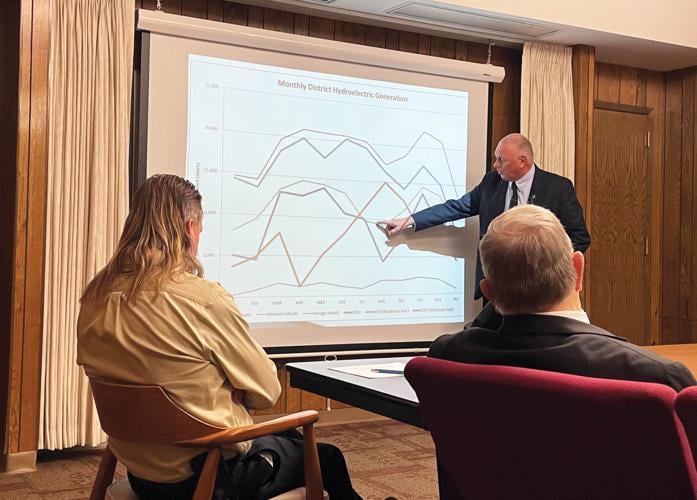 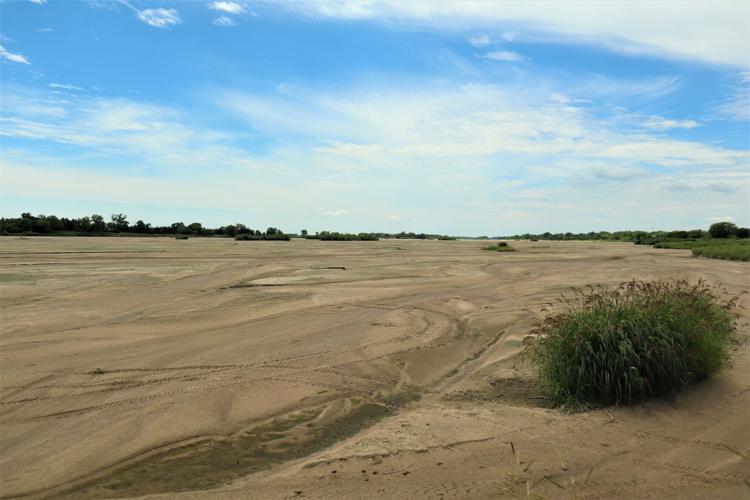 Switchgrass and other hearty river plants eke what moisture is left out of the Platte River, near Highway 81 in Columbus, in July 2022. The river was seasonally dry due to the drought. Loup Public Power District saw a below average year in hydroelectric generation in 2022 due to water availability. 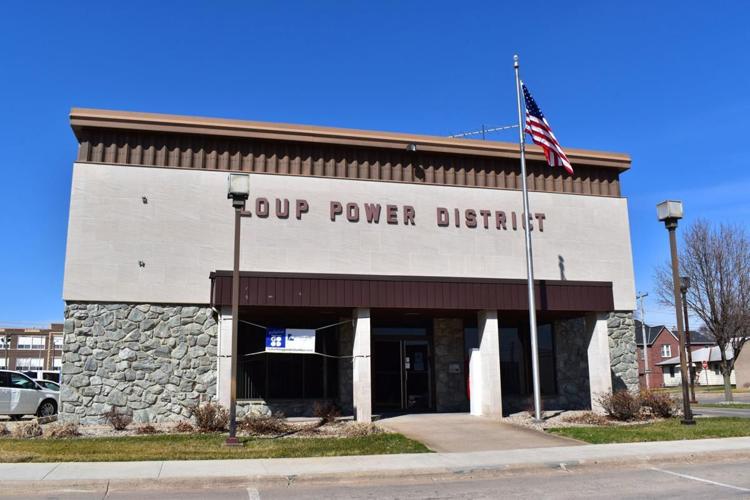 The Loup Public Power District is reporting a below average year for hydroelectric generation in 2022.

“Total generation was slightly over 109,000 megawatt hours (MWh), which was 21% below our annual average,” said Neal Suess, president/CEO of Loup Public Power District during a Jan. 24 board of directors meeting held at Loup’s Columbus office.

“We know that was really due to water availability, and what was going on out west, the temperatures and the drought conditions that have existed throughout our region and throughout the state of Nebraska.”

According to a Jan. 18 article published by the Lincoln Journal Star, Nebraska had its fourth-driest year on record in 2022, with Platte County having its third driest year ever.

Loup’s max year for hydroelectric generation was in 2010, Suess said, with the minimum year in recent years being 2019. There had been severe flooding in 2019 that required Loup to make canal repairs, he added. According to the board packet data, there had been 95,245 MWh generated in 2019.

Suess noted also contributing to the issue is water flow restrictions Loup must follow in its license from the Federal Energy Regulatory Commission.

“Although we did pretty well in the springtime months, this is where we got hurt – June, July, August, September; we were way, way down,” Suess said. “We all know what the water situation looked like in the Loup River and the Platte River at that point in time.”

So far for January 2023, he added, Loup is seeing increased hydroelectric generation as compared to last year.

“We had a pretty good year, revenue year, from the hydro under the new contract that we have with NPPD (Nebraska Public Power District),” Suess said. “This was the first year under our agreement with NPPD that we were paid based upon the market rate in the Southwest Power Pool. Our folks at the hydro that are running are doing a nice job of trying to match up generation with peak pricing in the Southwest Power Pool, both a day ahead and real time.”

He added that a growth had been seen in the consumer price index, which is tied into Loup’s payment from NPPD.

Walter Williams, vice president of accounting and finance and chief financial officer at Loup, noted that multiple years of data are needed before officials can evaluate if there’ll be other good years.

“We did end up in a really good year, price standpoint, but when you’ve got possibly a recession coming in, and the use of electricity could go down so the price I would assume would go down too,” Williams said. “We need more years to determine whether or not it's actually beneficial.”

In other business, the board heard an update regarding a Platte River basin and Republican River basin water transfer case.

The Lower Republican and Tri-Basin natural resources districts have applied to divert water from the Platte River to a tributary of the Republican River. Water from the transfer would eventually flow into the state of Kansas.

Loup Public Power District, along with NPPD, some natural resources districts and Audubon Nebraska had filed objections against the project, with the Nebraska Department of Natural Resources (DNR) ruling on Dec. 12 that the objectors did not have a standing on the case.

Although the water would only be transferred when there’s excess flow, Loup officials had noted concerns at a December board meeting over water being removed from the Platte River.

Loup filed an appeal with the DNR earlier this month on the project.

“We filed our appeal on Jan. 9 along with the other objectors in the case, I know one other objector that filed was the Audubon Society,” Suess said. “Yesterday (Jan. 23) the DNR granted a stay to those of us that filed the appeal. Basically, what the DNR said is we're not going to move any further on the case, until we resolve this issue of the objectors having standing.”

It was not costly for Loup to file the appeal, Suess added, but if the issue moves forward in court, it could get pricey. If that happens, board would need to make a decision at that time on pursuing the matter.

“We'll keep an eye on that and see where we're at,” Suess said.

Additionally, Suess told the board the water district has received three responses for its request for proposal to partner in establishing high-speed fiber-optic broadband in the rural areas of Platte County.

Platte County has committed $1 million for this effort. Proposals were received from Stealth Broadband, Nextlink Internet and ALLO Communications.

Officials with both Platte County and Loup are reviewing and scoring the responses, Suess said, and will be meeting later this week on the matter.

“Depending upon where the scoring comes at and our discussions with our consultants about what goes into the contract, hopefully then construction would start in June of 2023,” Suess said.

Loose cow in Columbus reportedly euthanized due to aggressive behavior

When Ron and Mark Stock graduated high school in 1984 and 1985, respectively, auctioneer school was all the rage for recent graduates.

This week in Platte County District Court, a man facing a murder charge in Columbus has been found competent to stand trial.

18 years after Copycat: How Image Tech and Printing got started

When Copycat Printing on 11th Street closed almost 18 years ago, Stacy Hollendieck and Kristi Quinn weren’t ready to throw in the towel on the…

A sense of closeness, according to Columbus High School Sophomore Duncan Rosno, is the best part of being in the school's acapella group.

Officials said the student did not realize they had brought a real handgun to the school. No injuries were reported.

State Department says don't use Uber in areas around Cancun

State Department says don't use Uber in areas around Cancun

Switchgrass and other hearty river plants eke what moisture is left out of the Platte River, near Highway 81 in Columbus, in July 2022. The river was seasonally dry due to the drought. Loup Public Power District saw a below average year in hydroelectric generation in 2022 due to water availability.