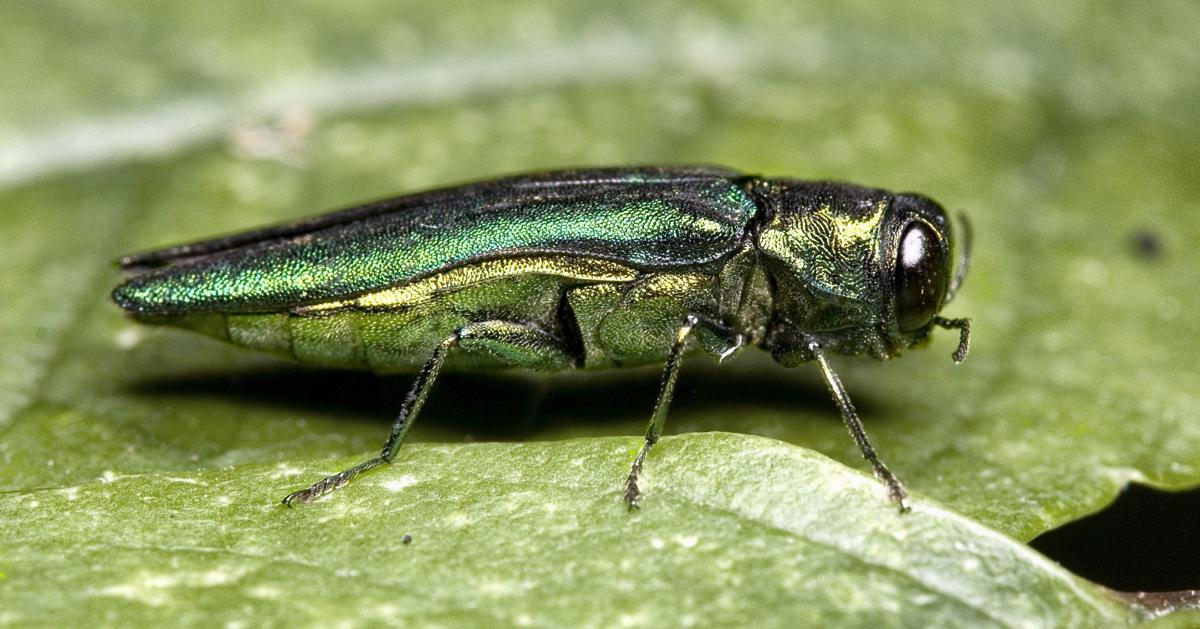 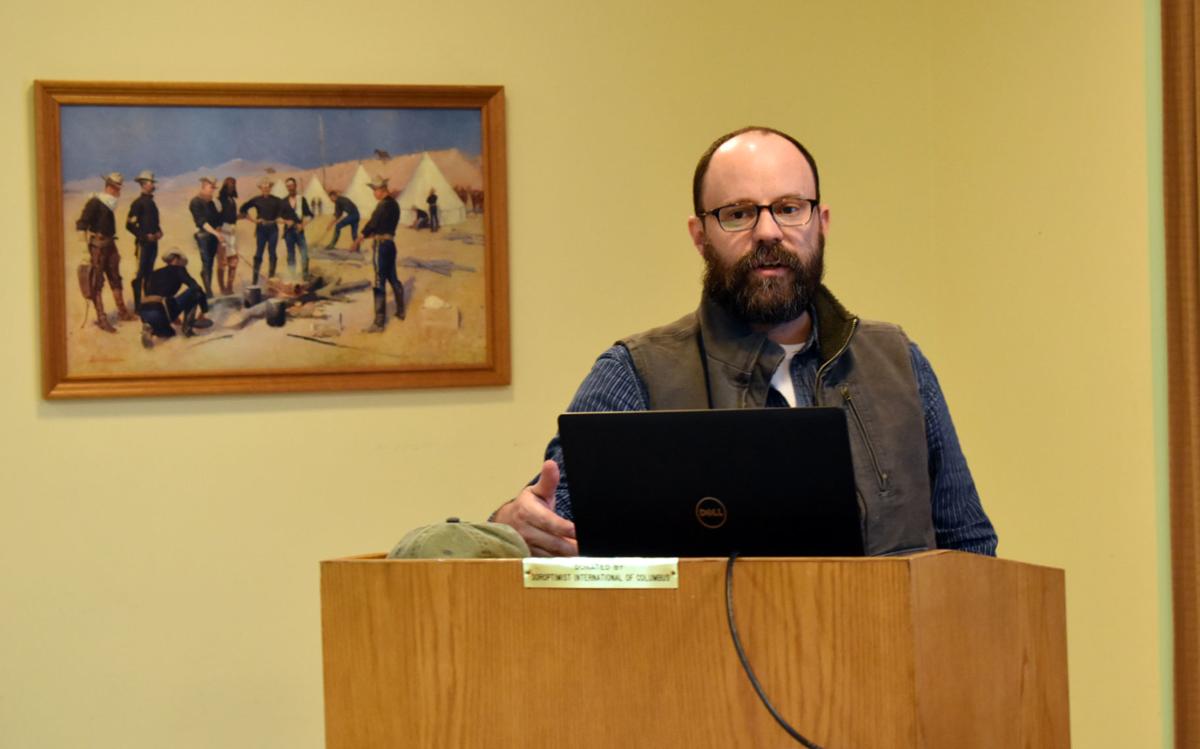 Dr. Eric North, assistant professor of urban and community forestry at the University of Nebraska-Lincoln, talks about precautionary measures community members can take regarding the emerald ash borer during Thursday's presentation at the Columbus Public Library.

COLUMBUS – The Nebraska Conservation Education Fund (NCEF) hosted a presentation on issues regarding the Emerald ash borer (EAB) while providing precautionary steps to the attendees on Thursday at the Columbus Public Library.

The Emerald ash borer is a type of beetle that feeds on ash trees causing them to deteriorate over time. Willis said the epidemic recently entered Illinois and is spreading quickly throughout Iowa. There have been several sightings of the insect in Omaha and Lincoln.

It is important for communities to start taking early precautions before it hits their areas, Willis said.

“This is a pressing issue that if it’s not treated ahead of time, they can have a very big financial impact on the state itself,” he said.

Willis said many communities in eastern Nebraska planted Ash trees along the roads and streets. When the trees deteriorate from damage caused by the borers, the bark -- and even tree trunks -- can fall onto people.

The presentation was given by Dr. Eric North, assistant professor of urban and community forestry at the University of Nebraska-Lincoln. North spoke about the different precautionary measures community members can take.

North said the problem comes from the larvae these insects produce. The larvae grow just inside the bark of a tree – on its phloem and cambium layer – and destroys it. These layers aid a tree’s growth and transport sugar. After a period of time, the bark of an infected tree will start to peel off. It takes an average of six to seven years for the parasite to completely destroy a tree.

“Essentially when an Emerald ash borer is flying around, they can detect what is an ash tree,” North said. “That’s the only thing they recognize as food.”

Another common symptom of an infected tree is an increase of woodpecker activity, he said.

Although there are different species of insects that attack Ash trees, most of them only prey on the weaker ones but the EABs are attracted to all kinds of Ash trees, he said.

The first precautionary step North highlighted is to increase the diversity of trees in the area. It saves a city more money by having more diversity because it costs approximately $800 to $1000 to remove and replant a large tree.

A step city administrations can take is to request a contract with local nurseries to grow certain types of plants and trees for future plantation.

North recommend attendees replant native plants that are indigenous to a given region or ecosystem. With the constant change in climate, he said people have to research their area’s climate to find the correct plant or tree.

“If you have some sort of prediction about what Nebraska would be like, that’s the ecosystem you want to look for to find trees,” North said.

North said that people commonly question the effectiveness of treatments. There are two different treatments he suggested – drenching and injections.

Drenching is a process of pouring chemicals directly onto the ground where the Ash tree grows. This method can be dangerous when people over-apply. The chemicals can seep into rivers or kills neighboring life, he said.

He recommended injections, where people hire professions to inject the tree with treatment chemicals. The price usually depends on the diameter of the tree and the type of chemical used.

“The injections you know [the chemicals] are going right into the tree,” North said. “The drenches, who knows where it’s going.”

This unknown detail about Stonehenge might blow your mind

New book aims to teach history of US civil rights

New book aims to teach history of US civil rights

A winning Nebraska Lottery ticket worth $58,000 was purchased in Columbus on Saturday.

Two Columbus sisters made history last week when they both won titles at the 65th annual Miss Rodeo Nebraska Pageant in North Platte.

Columbus will have to view fireworks from afar for a second straight year.

Those looking to celebrate their Czech heritage or just wanting to enjoy festival activities have the chance to do so next weekend.

'One day at a time': Behlen Mfg. Co. celebrates 85 years in business

Haefner humbled by teacher of the year awards

Dr. Eric North, assistant professor of urban and community forestry at the University of Nebraska-Lincoln, talks about precautionary measures community members can take regarding the emerald ash borer during Thursday's presentation at the Columbus Public Library.