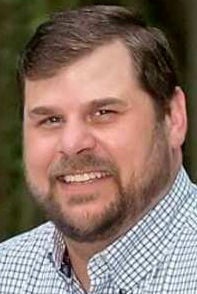 Mass of Christian Burial will be at 10 a.m. on Saturday, July 11, at St. Joseph Catholic Church in Platte Center. Visitation will be from 3-7 p.m. on Friday, July 10, with a 7 p.m. vigil service to follow. During visitation, the family will be present outside but will not be receiving friends inside the church due to COVID-19 restrictions. Burial will be in St. Patrickoseph Cemetery in Platte Center, with military honors by Hartman Post #84 American Legion Honor Guard and the Patriot Guard.

Chad joined the Navy in August 1989, where he was a machinist mate and was honorably discharged in August 1993. He married Michelle Wylie in 1993. From that union two sons were born, Tylor and Krystian. Chad was employed at Douglas and Lomason, Becton Dickinson and Collins Aerospace. He enjoyed fishing, spending time with friends and family, and loved watching and supporting the San Diego Chargers. His boys and grandson were his world. Everyone who met or knew Chad always left with a smile on their face and tears in their eyes from laughter. Chad would do anything for anyone and was loved by all who knew him.

To send flowers to the family of Chad Szatko, please visit Tribute Store.