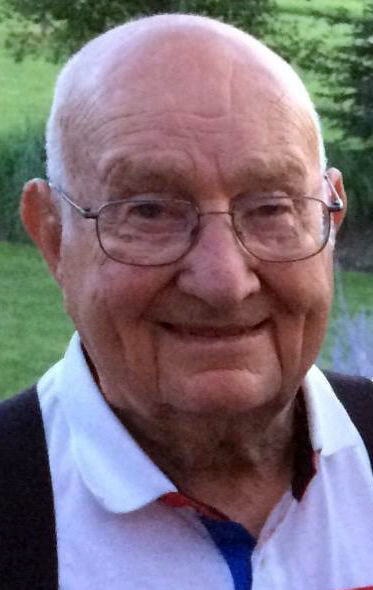 Mass of Christian Burial will be at 10:30 a.m. on Thursday, Dec. 5, at St. Rose of Lima Catholic Church, with the Revs. Bill L'Heureux and Don Czapla concelebrating the Mass. Interment will be in the Valley View Cemetery with military honors conducted by the Genoa American Legion, Edward H. Larson Post 144 Honor Guard. Visitation will be from 5-7 p.m. on Wednesday, Dec. 4, at the church, with a 7 p.m. vigil service. Visitation will continue from 9:30-10:30 a.m. on Thursday at the church. In lieu of flowers, memorials may be directed to Native American Missions.

Clarence was born on the family farm north of Genoa. He attended Genoa Public School and graduated in 1945. In school he played a variety of sports and had a particular love of baseball. He played baseball for the town team and later for the Cornhusker League. Clarence joined the Air Force after graduating from Genoa Public. After his time in the Air Force, he returned to Genoa where he would meet and marry Marian Shelhorn on April 23, 1960 in St. Edward. They spent the next 60 years in Genoa, raising a family on their farm. During these years Clarence spent his time watching his children participate in sports and music and, of course, following St. Louis Cardinal Baseball. Clarence and Marian would raise all seven children in Genoa and, true to his promise, made sure every one of his children received a college education.

In addition to raising children in Genoa, Clarence gave back to the community and the church. He coached legion baseball for many years, was a former member of the Genoa Lion's Club, was on the board of the senior center, served on the Board of Education, delivered Meals on Wheels, and was a church lector. He was a member of the American Legion for 67 years as well as a service officer and was in the Knights of Columbus for 67 years, eventually becoming a 4th degree Knight. Clarence was a loyal friend as evidenced by his being asked to serve as a pallbearer at 48 funerals.

Condolences may be sent to www.Ramaekersfh.com

To plant a tree in memory of Clarence Czapla as a living tribute, please visit Tribute Store.