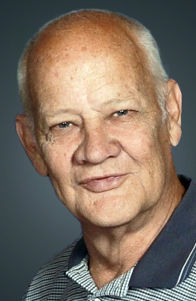 A Celebration of Life Gathering will be held at 7 p.m. on Thursday, Dec. 5, at Gass Haney Funeral Home. The family will begin receiving friends at 5 p.m., prior to the service. Private family interment will be held at a later date.

After his military career, Frank went to the University of Nebraska in Lincoln, where he graduated with a Business Administration Degree in 1977. While attending UNL, Frank met Cathy Hollis, and the two were united in marriage on Aug. 14, 1976, in Millard. They lived in Las Vegas for a short time before returning to Columbus where Frank worked for Dale Electronics. They moved to Louisiana where Frank attended the Louisiana Tech University, graduating in 1984 with a degree in Animal Science. They returned to Columbus where Frank owned and trained race horses, and drove truck for several companies.

To plant a tree in memory of Frank Davis, III as a living tribute, please visit Tribute Store.