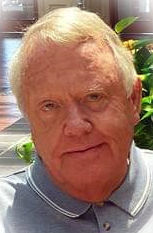 The funeral service will be at 10:30 a.m. on Saturday, Nov. 30, at Immanuel Lutheran Church, with the Rev. Patrick Sparling and Chris Ramstad officiating. Interment will be in Roselawn Memorial Cemetery with military honors by the American Legion Hartman Post 84 Honor Guard. Visitation will be from 5-7 p.m. on Friday, Nov. 29 (Please note visitation times have changed) at Gass Haney Funeral Home, and from 9:30-10:30 a.m. on Saturday at the church, with a 10:15 a.m. family prayer service.

Mike was born Sept. 29, 1936, in Leigh, to Elmer and Esther (Hespe) Wurdeman. He attended and graduated from Leigh High School in 1954. Mike then attended Doane College where he played basketball and sang in the choir. He entered the U.S. Army National Guard where he served from 1958–1964. Mike graduated from University of Nebraska Omaha, in 1964, with a B.S. degree in civil engineering. On July 25, 1964, Mike was united in marriage to Beverly Otto in Aurelia, Iowa. They moved to Madison, Wisconsin, where Mike designed bridges for the Wisconsin Department of Roads. In 1969, they moved to Columbus where Mike went to work for his father at B&W Manufacturing, a company Mike would eventually take over and operate until his retirement and sale of the business in 2019. Mike enjoyed boating, taking riverboat cruises, going to Lake Okoboji, and doing photography.

Mike was preceded in death by parents, Elmer and Esther Wurdeman.

To plant a tree in memory of Marion Wurdeman as a living tribute, please visit Tribute Store.