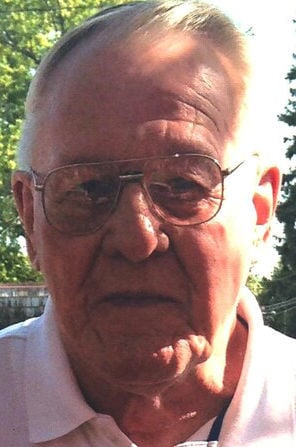 A memorial service will be held at 10 a.m. on Wednesday, July 15, at McKown Funeral Home in Columbus. Visitation will be from 5-7 p.m. on Tuesday, July 14, at McKown Funeral Home. Burial will be in the Aurora Cemetery with military honors. Please follow all CDC guidelines while attending the visitation and funeral service. In lieu of flowers, memorials may be directed to the family for future designation to the Columbus Public Library.

The funeral service will be broadcast on the McKown Funeral Home Facebook page.

Marvin was born on Oct. 7, 1937, in Farwell, to John and Litta (Lundy) Sidel. He graduated from Ravenna High School in 1956, and joined the Marine Corps in May of 1956. He was honorably discharged in April of 1959. On July 2, 1960, he married Marva (Garwood) Furbur. They raised two sons, Marvin and Marti, and two daughters, Marlys and Marci. They later separated. Marvin had many jobs throughout the years, but some of his fondest memories were working for Rogers Ford Motors Co. and Nielson Chevrolet in Columbus where he was a mechanic for many years. He also loved being a member of the Volunteer Fire Department in Columbus. He enjoyed hunting, fishing and camping with his family over the years. In the later years, he enjoyed going to the Columbus Senior Center, the Library and talking to the numerous amounts of people he would run into. He always had a joke, newspaper comic or crazy costume to make anyone and everyone smile.

He was preceded in death by parents, John and Litta Sidel; sister, Norma Jean (Sidel) Nuss Greipenstroh; one infant brother.