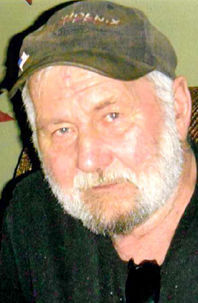 The funeral service will be at 1 p.m. on Wednesday, Aug. 5, at Gass Haney Funeral Home, with Deacon Art Spenner officiating. Interment will be in the St. Joseph Cemetery, rural Bellwood, with military honors by the American Legion Hartman Post 84 Honor Guard. Visitation will be from 5-7 p.m. on Tuesday, Aug. 4, and from noon-1 p.m. on Wednesday, all at Gass Haney Funeral Home. The funeral service will be broadcast live on the Gass Haney Facebook page.

Michael Edward Sliva was born Oct. 1, 1948, in Columbus, to Raymond and Marjorie (Selzer) Sliva. He attended country school in Bellwood and graduated from Columbus High School in 1967. Michael entered the U.S. Army in 1968, and did two tours in Vietnam and riot duty in Washington D.C. He was honorably discharged in 1971. In 1972, he married Jan Marshall and they moved to Ord. Michael worked for Rogers Hog Farm and Knapp Farms for 39 years until his retirement. He enjoyed all sports, playing cards, and spending time with family and friends.