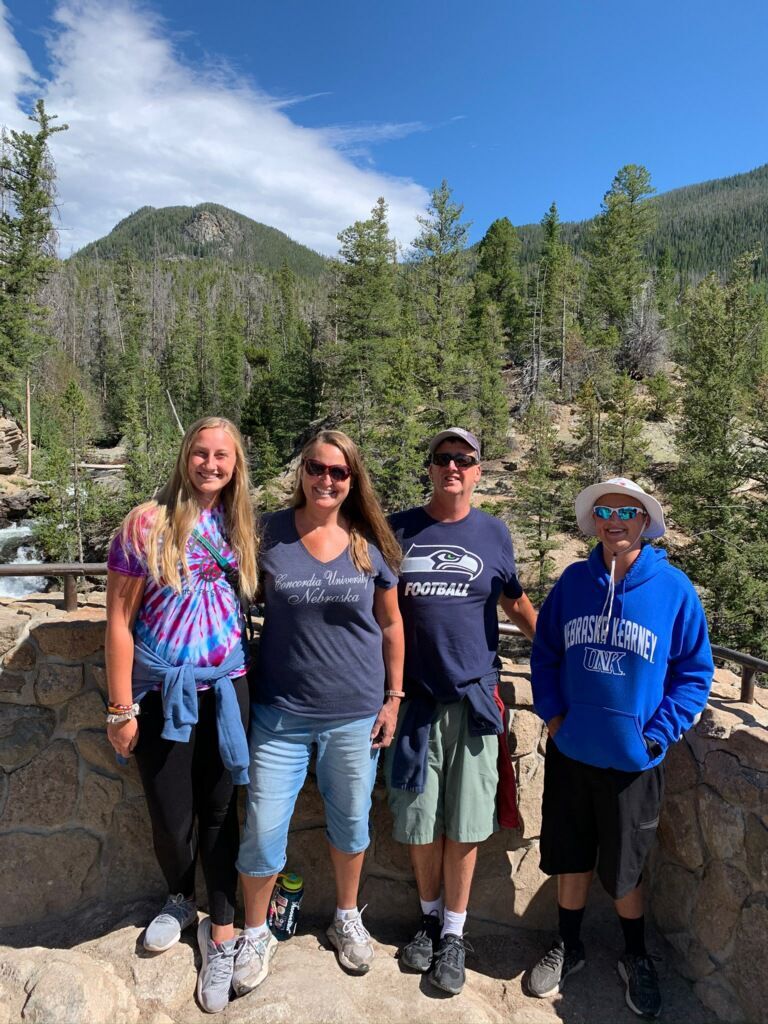 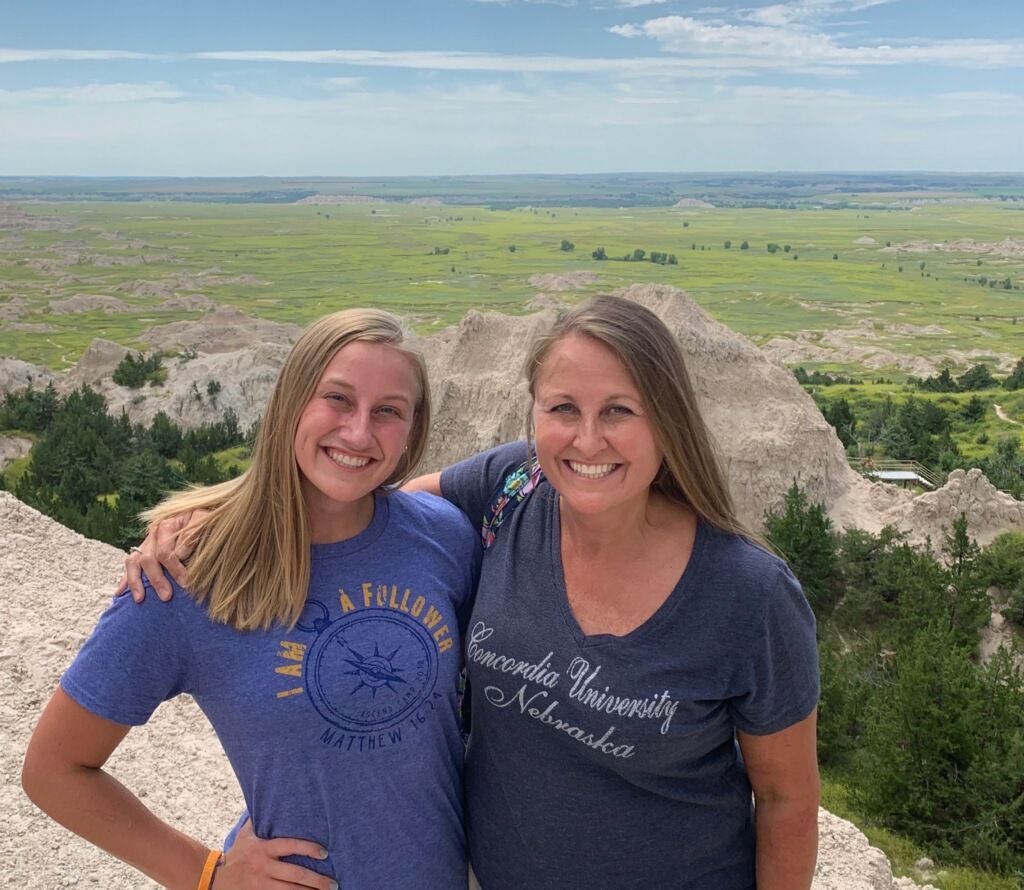 Columbus resident and physician Deb Anderson poses with her daughter, Katie, during a mission trip in South Dakota in July 2019.

On one of the worst days of Deb Anderson’s life, she was thinking about others.

This is one of her characteristics, according to her friends. The Columbus resident is genuine, works behind the scenes and is devoted to her faith.

In 2011, Anderson and her husband, Kip, took their son Kyle to get checked out.

“The day that Kyle was diagnosed, they had a CT scan done,” Anderson’s friend, Abbie Tessendorf said. “They’re doctors so you know that everybody that saw the scan knew, probably before they did, that he had a huge tumor.”

Anderson called Tessendorf afterward and told her Kyle had a tumor. It was probably osteosarcoma, she told Abbie. Osteosarcoma is a form of bone cancer.

“She was calling me because her concern was for my son,” Tessendorf said. “Cole and Kyle had been best friends since birth… She didn’t want Cole to hear it from anyone else.”

Kyle is doing better now, after relapsing four times. For Anderson, his illness allowed her to step back from a busy lifestyle and volunteer more for the community she loves.

“My husband laughs at me because I’ll send money to this organization or that organization overseas,” Anderson said one morning, sitting at a table at The Broken Mug. “But it’s not as rewarding as helping in your own community where you can really see that you’re making a difference."

Her path to medicine

Anderson grew up in Hastings, with two parents in the medical field.

“(Hastings is) just big enough. It’s kind of like Columbus,” she said. “There’s things to do but you can get anywhere in 10 minutes.”

Her father was a radiologist and her mother a nurse, though her mother didn’t practice when Anderson was growing up.

“There were four of us,” Anderson explained.

They lived in town, but her parents had grown up on farms. Her family had a large garden and loved to be outside.

Because of her parents' professions, the medical field was all she ever knew. Even as a child, Anderson would listen to the cat’s heart rate.

Later, she attended Hastings College and then went to medical school at the University of Nebraska Medical Center in Omaha, where she met her husband.

“I met him in the gross anatomy lab,” she said. “He was my roommate’s gross anatomy partner. At the end of our first year, we both went to the same wedding. From there on, the last three years of medical school, we … studied together.”

Anderson was in medical school for primary care and loved the pediatric rotation, which is when she shifted her focus to pediatrics. After medical school, she and her husband opted for a couple’s match in which they were selected to complete their residencies in the same location.

“We got married at the very end of medical school,” Anderson added. “Then we moved to Wisconsin to Milwaukee, and I did three years of residency there.”

She put in a lot of hours and work, Anderson recalled. She was on-call every third to fourth night in the hospital.

Milwaukee wasn't in the cards for the couple, however, as they soon returned to Nebraska.

The two always knew they wanted to come back.

“His mom would watch our kids and we would drop them off at their house,” she added. “We called in Donna’s Daycare and Diner and she would watch them. And lots of times she would have supper ready for us.”

The same year that Anderson and her husband moved to Columbus, she joined Columbus Children’s Healthcare.

It was owned by Columbus Community Hospital at the time, but she and the other doctors bought out the practice later on, she said.

Anderson, whose daughter participated in dance, volunteered with Amy Blaser to help out as room moms, which involved keeping all the kids occupied, fixing costumes and ensuring makeup stayed put. Blaser is vice president of physician relations and business development and public information officer in the hospital’s incident command, as well as a friend to Anderson.

Then in 2011 came Anderson's son's diagnosis. She remained at Columbus Children’s Healthcare before selling her share and switching to part-time hours in 2015.

“We really spent a ton of time in the hospital,” she said.

Kyle's chemo was "old-school" and when he did a couple of clinical trials they failed, she added.

“So it was the old standby, really old medicines that got him through," Anderson said.

Although Kyle relapsed four times and has been under anesthesia 11 times for different surgeries, Anderson noted the family is fortunate. He’s been out of treatment for 3.5 years.

It was a pretty stressful event for the family but, she said, they had amazing support.

After she scaled back her hours, Anderson was able to focus more on giving back to the community.

Anderson is especially involved with her church, Peace Lutheran, the same church at which her husband was baptized.

“I helped out a lot with something called His Kid’s (Special Needs Ministry) and those are for disabled people. And it says kids but it’s from the time they’re really old enough to go to camp. We had somebody in his 60s,” Anderson said.

Anyone with any disability, mental or physical, that could be handled was able to attend camp, she said.

“I was the nurse,” she said. “And I just helped out in various roles out there with the women’s retreats.”

Anderson and her husband were unofficially on-call for any questions that the camp director has about any camper over the summer, Anderson said

Anderson also helps out with youth groups and the church office.

Part of the importance of His Kid’s is spreading the word of God, she said.

“My faith for me, it’s every part of my life,” Anderson said. “I try to live as Jesus would live, and loving every single person the way he would love them… I probably do not succeed in that most days.”

Everything Anderson does is for the glory of God, Tessendorf said.

“I think she is one in a million,” Tessendorf added. “I just learned so much about how to deal with scary things with dignity and grace and faith in the Lord and that is exactly how she goes through life.”

More recently, in February 2020, Anderson took over as director of the Columbus Community Hospital's Concussion Management Clinic, where she tries to help people help themselves.

“Concussions are very, very scary injuries for parents. My son has had a concussion and it’s a very fragile time. It’s a very scary time,” Blaser said. “To have Deb, with all of her experience (and) being able to bring that to those types of serious injuries … we’re very fortunate to have her in the clinic.”

In the clinic, Anderson said the focus is getting patients to take back control over their lives.

“(It’s) basically a lot of education, teaching them how to be an active participant in their own healing,” Anderson said.

It can be hard in pediatrics because some kids don’t get better. With concussions, though, Anderson said patients will get better.

“It’s wonderful being able to help them and to really empower them, so they can be active in their own healing,” she said.

Deb Anderson poses in The Broken Mug on Tuesday. Anderson is a local doctor who has been involved with a special needs camp at her church, Pea…

Travis Hill wears many hats in life - he’s a husband, father, manager, educator, student, soldier and volunteer. If there’s one thing he has l…

Faith was always an important part of Father Mike Swanton’s life, but becoming a pastor wasn’t initially in the cards.

Hope Freshour has a sense of justice.

Columbus resident and physician Deb Anderson poses with her daughter, Katie, during a mission trip in South Dakota in July 2019. 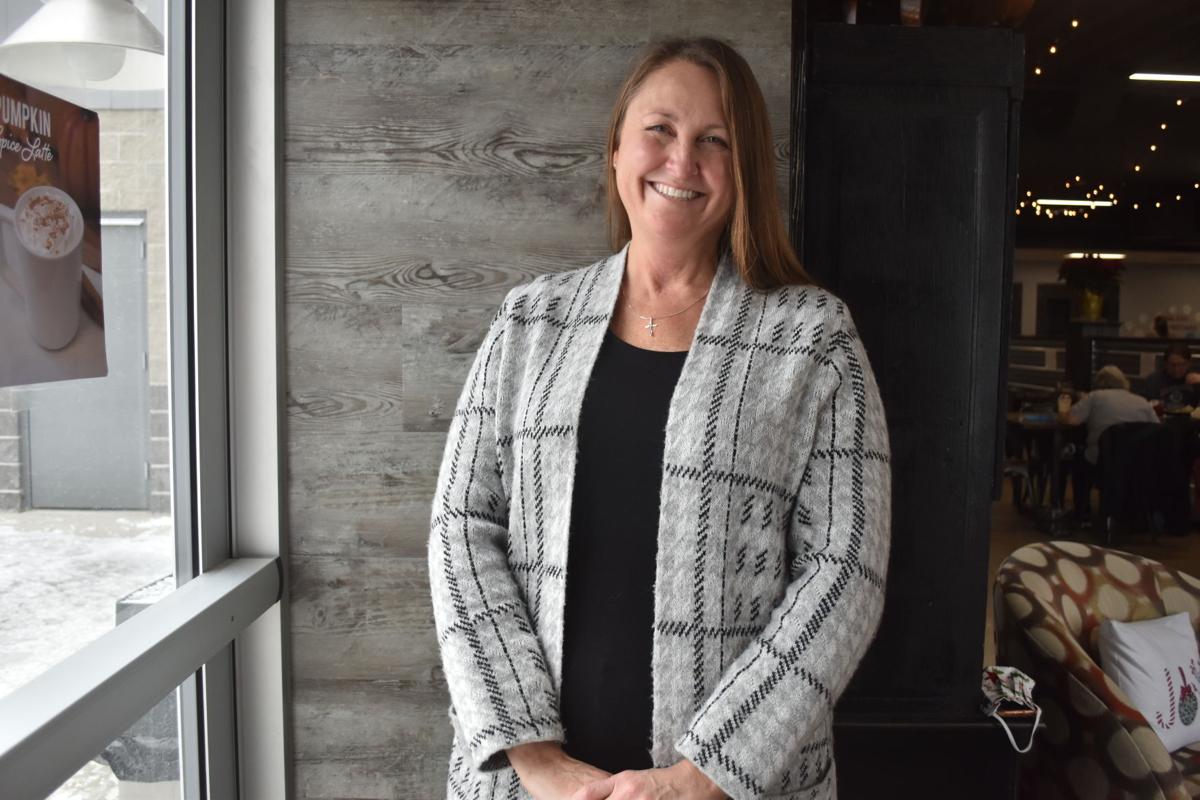 Deb Anderson poses in The Broken Mug on Tuesday. Anderson is a local doctor who has been involved with a special needs camp at her church, Peace Lutheran.