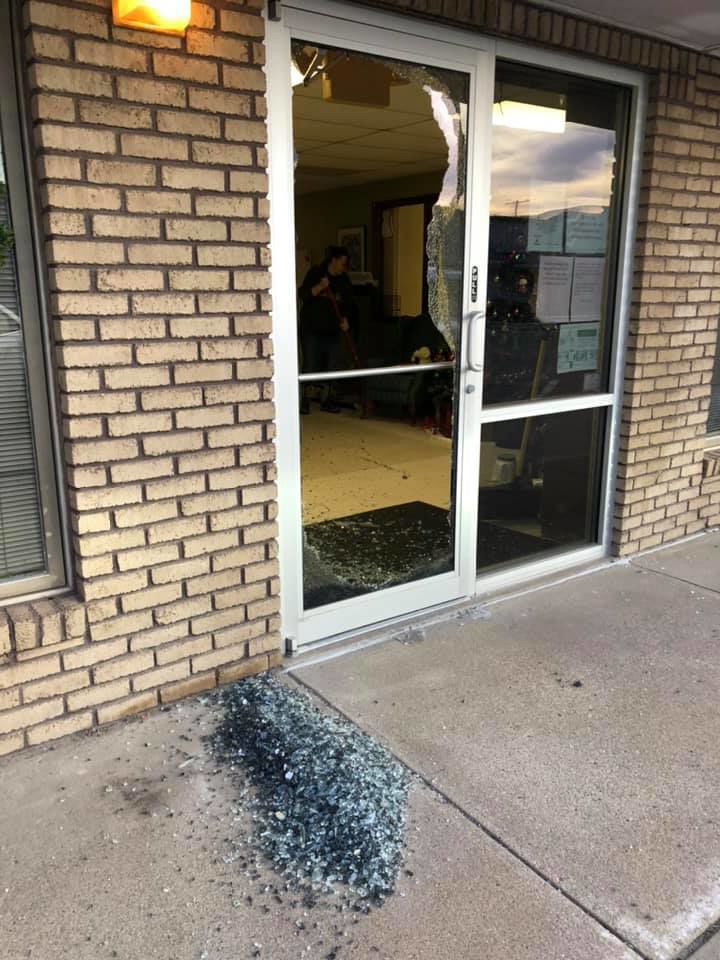 The door of the Paws & Claws Adoption Center was shattered sometime Sunday evening by an unknown person or persons. They reportedly made of with $20. An unknown donor is paying for the damages to the door, Center Manager Jan Berry said. 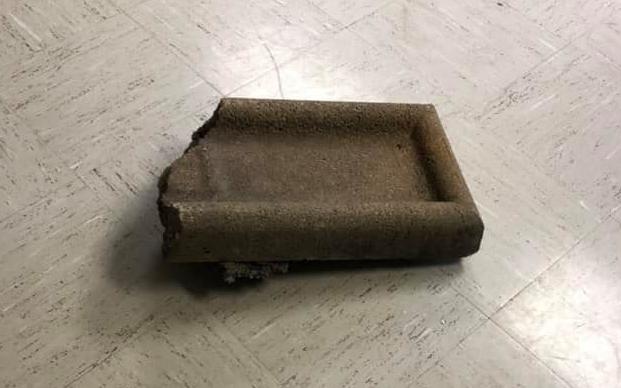 The piece of concrete that "The Grinch" used to break through the glass door of Paws & Claws Adoption Center.

While many are gearing up for Christmas this week, it appears like at least one individual was looking to make some fast cash by breaking and entering.

On Sunday evening, a person or persons arrived at Paws and Claws Adoption Center and threw a block of concrete through its door. From there, the person or individuals took the glass donation jar positioned on the counter at the front entrance, according to information on the adoption center’s Facebook page.

The incident remains under investigation, and whomever entered was able to get away with at least $20. Since information on the suspect was unknown Monday, Paws & Claws referred to him or her as “The Grinch,” since the incident happened during the Christmas season.

Donations given to Paws & Claws are typically used for all-around pet care, whether that money be used for treats or a new toy.

Columbus Police Capt. Todd Thalken on Monday estimated that it will cost about $200-$300 to replace the front door that was shattered by the burglar(s). This unfortunate story, though, does have a silver lining. At some point during the day Monday, a donor – who wished to remain anonymous – said that he would cover those expenses.

“It’s just the generosity of people,” Paws & Claws Manager Jan Berry said of her feelings about somebody stepping up to the plate to help out. “I sent an email out to my board when (the donor) told me he was doing that ... It just amazes me because people are so generous and they come to your aid when something is wrong … It almost brings you to tears.”

Paws & Claws Director Deb Potter did say that the break-in itself was quite unfortunate and a bit disheartening.

“I’m disappointed and sad that this happened now, this time of the year … It was such a minimal amount that they got and to steal from a nonprofit is just wrong,” Potter said.

Potter did note, though, that she and the rest of the Paws & Claws crew are thankful that it was just $20 the thief(s) got away with. She said it could have been a whole lot worse. She added that she’s grateful that the thief(s) did not let the animals out of their cages due to the fact that there was glass all over the ground, which could have caused injuries.

“They could have started a fire or could have just really come in here and just knocked everything over and make a mess, let the animals free or even taken off with some puppies and kittens or let them out the front door,” Potter said.

Area residents participating in the Erna R. Badstieber Paws & Claws Adoption Center’s “A Home for the Holidays” program were asked to pick…

The door of the Paws & Claws Adoption Center was shattered sometime Sunday evening by an unknown person or persons. They reportedly made of with $20. An unknown donor is paying for the damages to the door, Center Manager Jan Berry said.

The piece of concrete that "The Grinch" used to break through the glass door of Paws & Claws Adoption Center.