Monday's Platte Center Elementary School's physical education class may have looked like a normal play hour but it wasn't quite typical.

Sure, there were games the students took part in but they also learned the importance of nutrition with the goal of maintaining a healthy lifestyle going forward.

Through the Platte County Extension Office, the students – who were in either kindergarten, second, fourth or sixth grade – took part in Coordinated Approach to Child Health (CATCH).

CATCH is a nutrition education and physical activity program created for elementary and middle school-aged students in an after-school or summer setting. Additionally, CATCH is designed for students to be living active and eating healthy, according to information provided by the extension office.

“I think it’s something good because in this day and age I don’t think our kids make the right choices with the foods that they eat,” he said. “They’re involved in so much that they don’t have time to eat the good stuff. So this is a good opportunity for them to learn.”

Platte County Extension 4-H Youth Coordinator Jayd Roberts said CATCH allows the students to think about the foods they consume and how to stay active.

“It’s pretty cool,” she said. “I think they don’t really think about it but when you start talking about it … it starts getting their brains started.”

During Monday’s class, Roberts had the students fill out a survey about nutrition which contained questions like how much fruit they eat or what activities can help with stress. She later talked to them about their fast food intake and how they can eliminate fatty items found at said restaurants.

Also as part of the program, the students have taken part in interactive activities like capture the bean bag – similar to capture the flag – and dragon tail. The latter game has a kid designed as the dragon – which is done so with a scarf. If another student grabs the scarf then they’re the dragon, Thoms.

“(The activities) are teaching them how to get their heart rates up and implement that exercise,” he said.

There were six total lessons. CATCH began the week before Thanksgiving, resuming after the holiday and ending later this week, Thoms said.

“The kids have really responded to it,” he said. “They really enjoy the activities that they have. … They’re learning about nutrition but they’re also learning about why it’s important to stay healthy.” 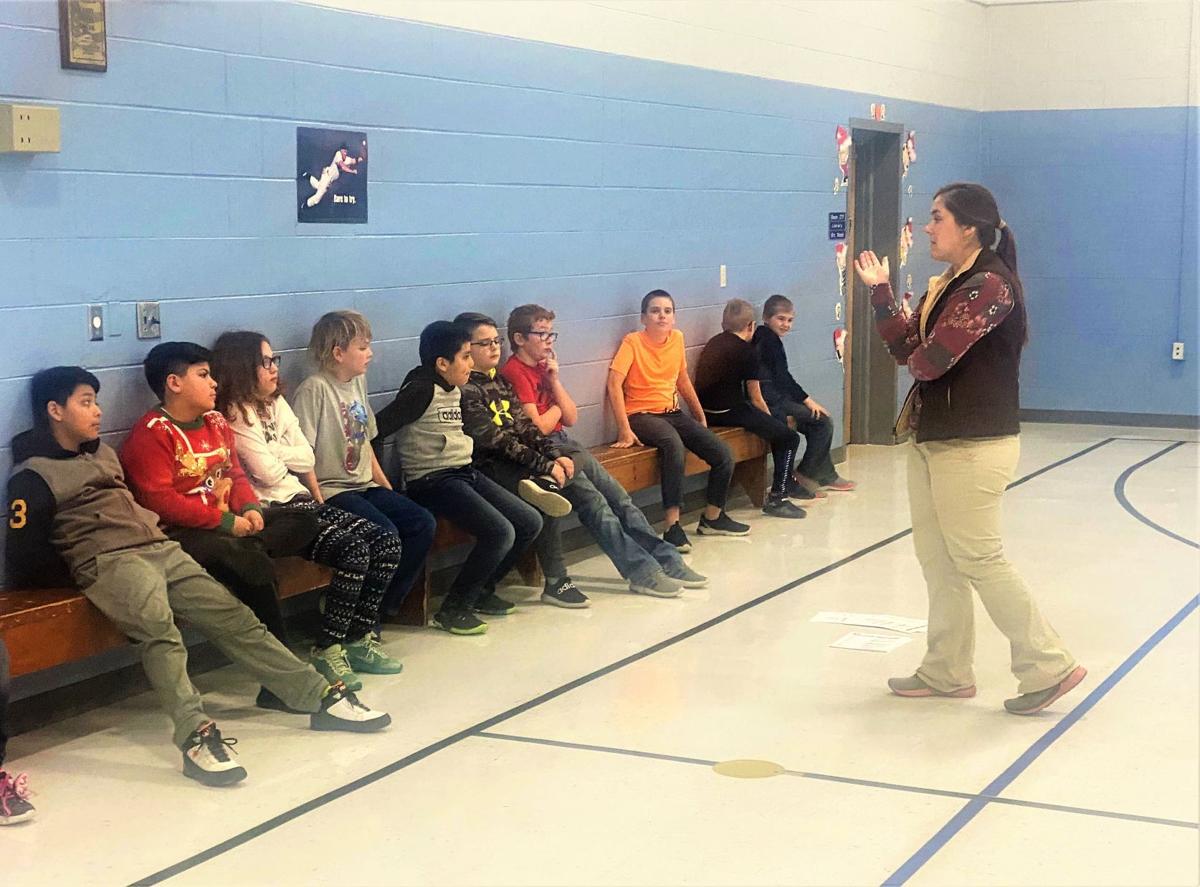 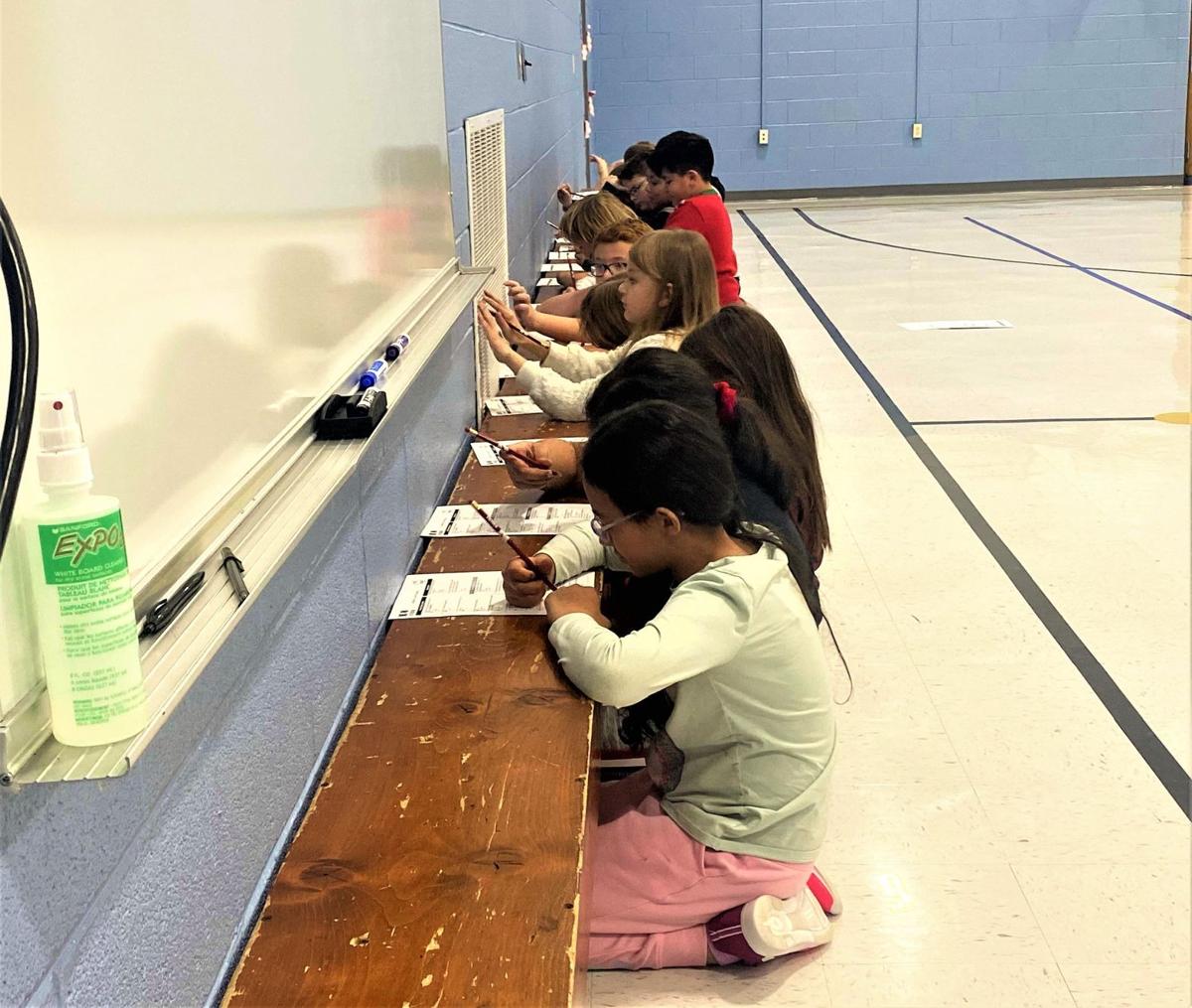 Platte Center Elementary School fourth-graders take part in a survey Monday as part of the Coordinated Approach to Child Health (CATCH). The three-week, six lessons-long program has been offered at Platte Center and Shell Creek.