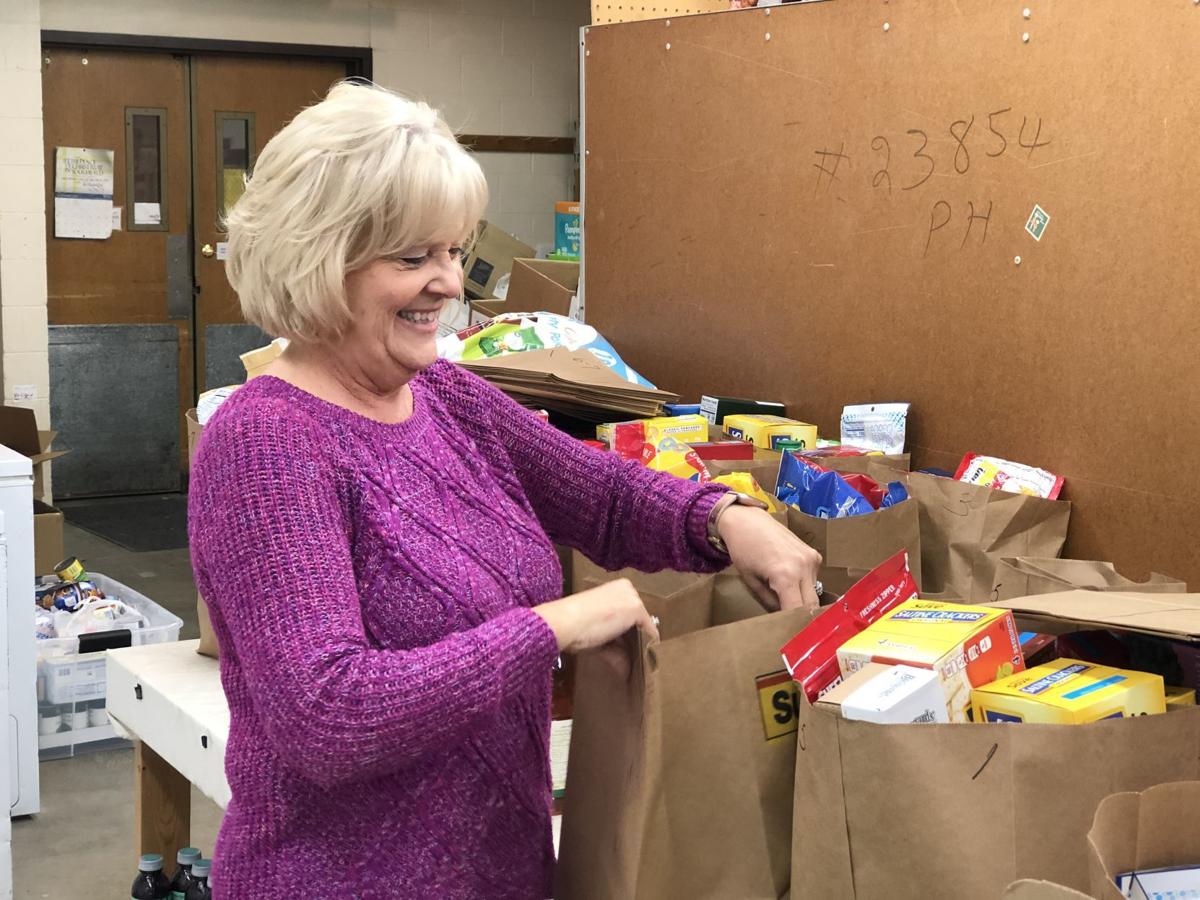 Donna Epley putting food into bags for clients during Tuesday's snowstorm and before Thanksgiving Day. 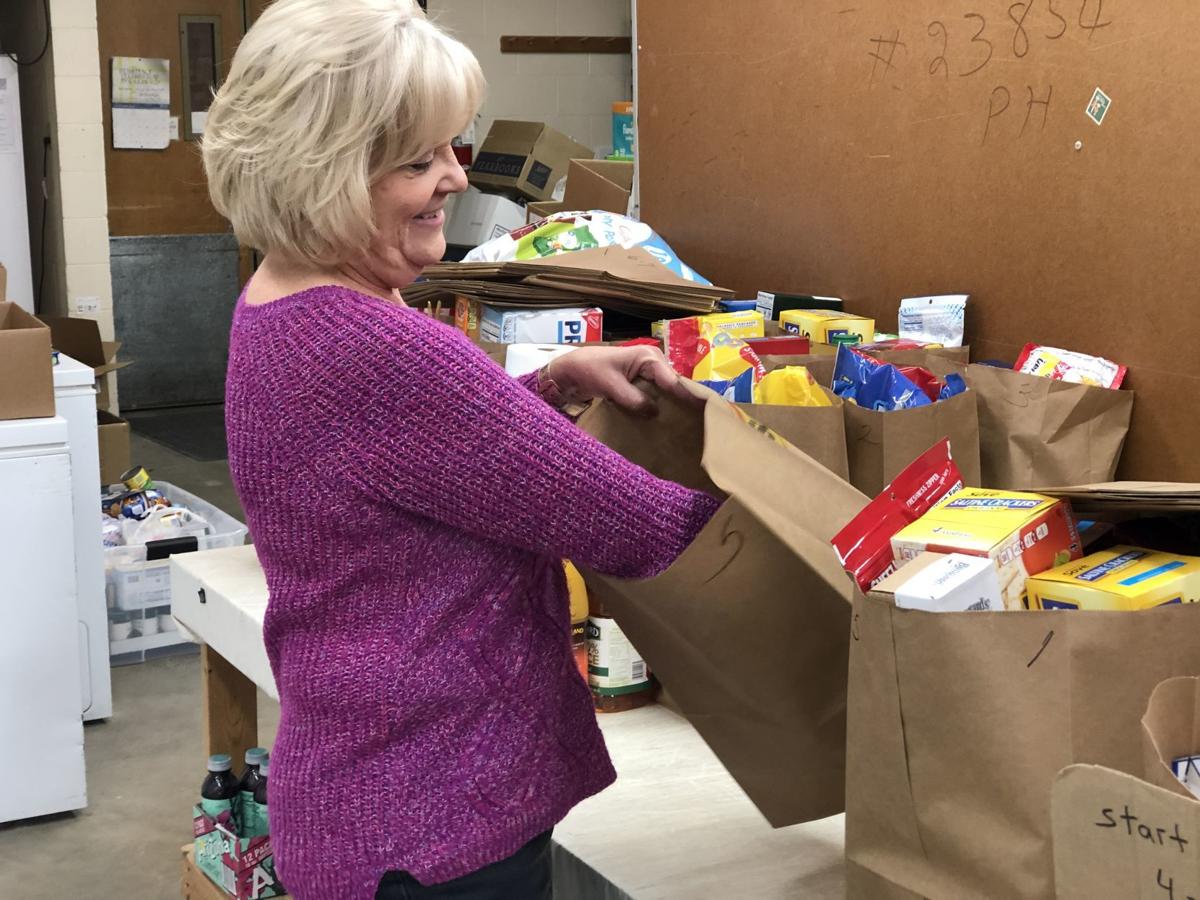 Donna Epley opening another bag for a client who was at the food pantry.

Although the local grocery stores in Columbus have been busy this week, the Platte County Food Pantry has seen arguably even more people stop by.

The food pantry has been receiving donations and putting those into bags, which are then given to people who stop in and are in need of food for Thanksgiving or for basic means of survival.

Despite it being so busy this week with the weather and Thanksgiving, Donna Epley, the executive director at the Platte County Food Pantry, has been able to make it work and with a positive attitude, too.

“I am feeling blessed because of all of the donations we have received and when the clients come in, they are so grateful,” Epley said. “We’ve had a lot of generous donations, some hams and turkeys, and because of that, I was able to offer my latest client a free ham.”

Epley added that what inspires her the most and what makes her keep on doing what she’s doing is the community of Columbus.

“We do want to take care of the less fortunate, the ones that are just having some rough times in their lives. We want to get them a hand-up, and hopefully, they can get back on their feet, and contribute to our community,” Epley said.

All of the food at the pantry is pre-sacked. The clients, who remain anonymous, go to the food pantry but do not shop the same way one would shop at a traditional grocery store. This is done so that the food pantry has an adequate amount of food and so that it gives the customer the right amount.

“We have a goal of giving them enough food to last 14 days, so, by doing that, then we feel like we’re giving them enough cans of fruits, vegetables and soups that’ll give them enough meals. A lot of people that come here are typically waiting for that first paycheck or recovering from a medical expense…we just load it (the bags of groceries) up when they come in,” Epley said.

Shannon Dush, who is a board member for the Platte County Food Pantry, expressed her gratitude toward the volunteers of the food pantry.

Dush noted how well Epley has been running the food pantry this year.

“She really overseas all of the volunteers and she puts in a lot of time as well, and extra time to make sure that the food pantry operates the way it should. From a board member’s perspective, it is greatly appreciated.

Both Epley and Dush said they hope to see more donations throughout the holiday season and into 2020 as Nebraska enters the beginning of the year with its traditionally colder weather.

Donna Epley putting food into bags for clients during Tuesday's snowstorm and before Thanksgiving Day.

Donna Epley opening another bag for a client who was at the food pantry.