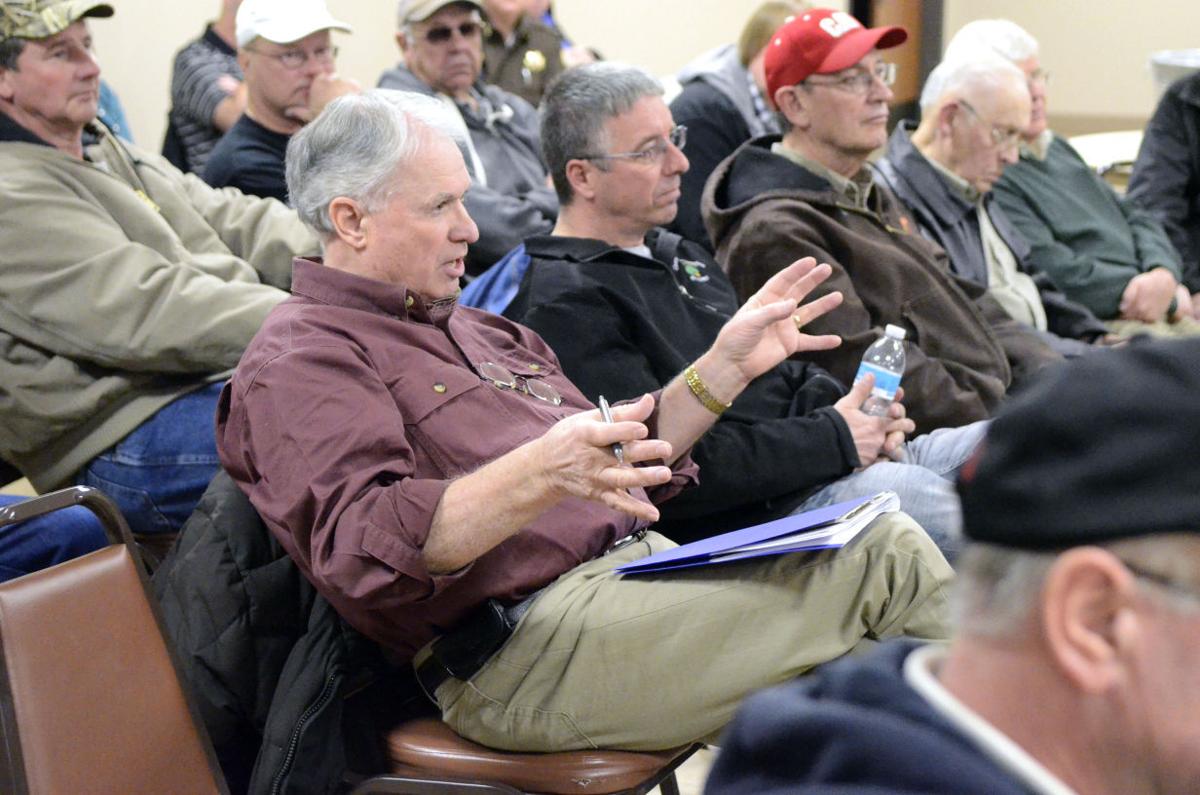 Ivan Haschke, whose farm is located just west of Creston Ridge Wind Farm, speaks Wednesday during a public meeting in Humphrey on a plan to add three more turbines to the site. 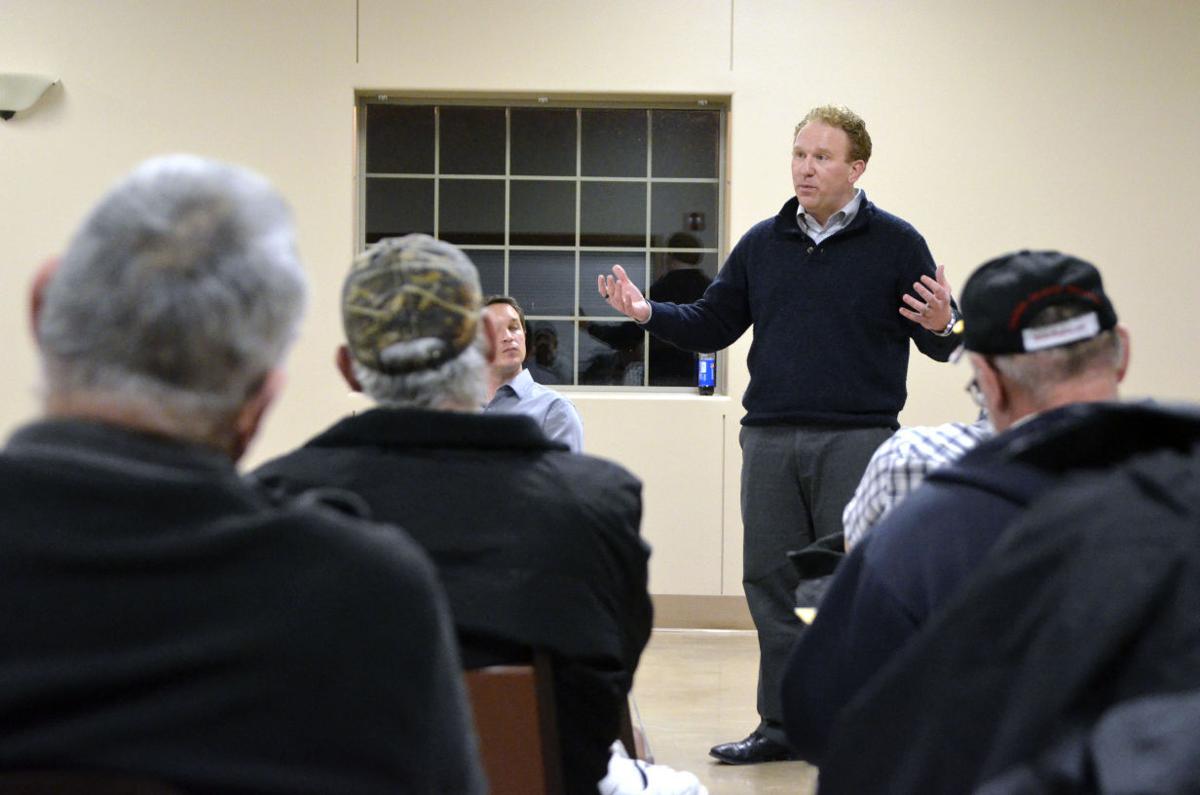 This work includes adding three turbines near the four already in place at the wind farm located along Mason Road (205th Avenue) southwest of Creston.

Some area residents used the informational meeting to express their displeasure with the first phase of the wind farm project.

“If this project is so wonderful, why was it done under the table?” asked Charles Moser.

Moser sat next to Paul Gronenthal who voiced his opposition to the project to The Telegram in October. Both were convinced LPPD and Bluestem concealed the project from the public.

Loup President and CEO Neal Suess countered by saying the utility's board meetings are open to the public and that The Telegram has covered the wind farm extensively. The Telegram reported when Bluestem pitched the project as early as February 2014 and reported final confirmation of the project and the site in January 2015.

But Suess and Adam Herink of Bluestem Energy conceded that more could have been done to directly reach those living near the site, which is why they decided to hold public informational meetings ahead of phase two.

Ivan Haschke was the most vocal opponent at the meeting. Haschke owns land just west of the wind farm and learned that phase two will put turbines even closer to his property.

Haschke’s concerns focused on how the turbines will affect his crops and agribusiness. He said pilots have told him that they may not be able to spray chemicals on his property. If he’s unable to spray and care for his crops, Haschke said, he may lose his seed corn contract. Haschke also suspects the turbines' shadows will have a negative impact on his crops by blocking sunlight.

He’s also concerned that Creston Ridge will draw more wind turbines to the area, which could negatively affect his land value and ability to build there.

“What about if my kids or grandkids want to come back and build near a wind tower?” he asked.

In a phone interview, Bill Haman, an engineer at the Iowa Energy Center, said he’s seen research and regulations regarding shadow flicker's impact on people, but not crops. In Iowa, he said, property owners near wind farms are often compensated to keep concerns regarding property values “at bay.”

Herink offered to provide a list of pilots who would spray near wind turbines and talk one-on-one with Haschke to work through his specific concerns.

Herink said developments such as wind farms create more opportunities in rural areas and will hopefully slow the declining population.

The conversation lasted two hours, after which some attendees stuck around to talk with Suess and Herink individually.

“I don’t think we made everyone happy, but we obviously didn’t expect to,” said Suess. “But I and the Loup board members are charged with providing low-cost, reliable energy and that’s what we do.”

The next informational meeting will be held 7 p.m. Wednesday at Alice’s Cedar Inn in Creston.

COLUMBUS — Cornhusker Public Power District is looking into potential renewable energy sources to provide a portion of its electricity.

Ivan Haschke, whose farm is located just west of Creston Ridge Wind Farm, speaks Wednesday during a public meeting in Humphrey on a plan to add three more turbines to the site.