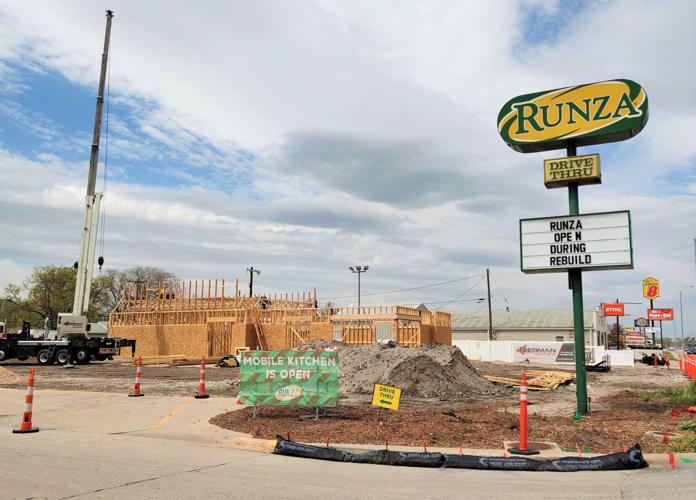 The construction of the new Runza building as seen from 33rd Street. 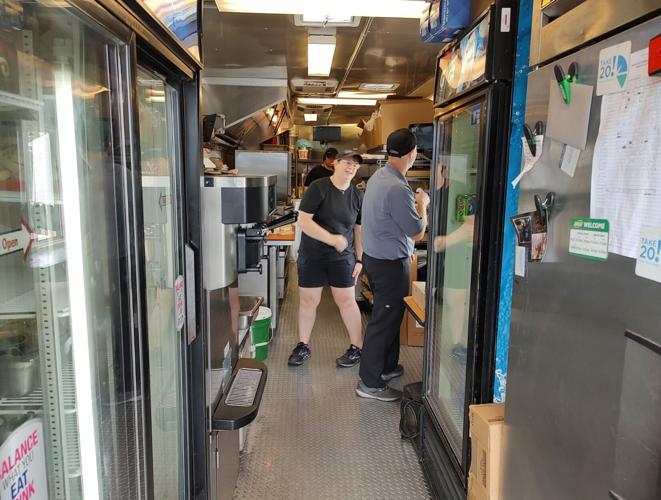 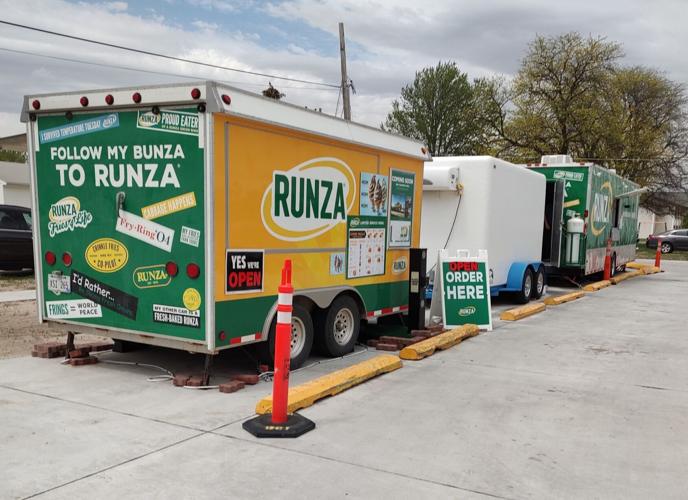 The Runza mobile kitchen operates as a drive-through and kitchen in the parking lot of the future rebuilt Runza at 1944 33rd Street.

Prior to the demolition and rebuilding process beginning in late March, the Runza building at 1944 33rd Ave. had stood in Columbus for almost 40 years.

According to Managing Partner Joe Niedbalski, who has been with the company for 23 years, the building aged appropriately in those 40 years, and it was ready for change.

"This location, the building was sound but the roof had some issues and the efficiency of the store was just due for a few remodels, so we wanted a new look," Niedbalski said.

The new restaurant will have an updated exterior, interior and a second drive-thru lane. Most importantly for staff, it will have an improved kitchen space.

Assistant Manager Lanette Mudloff, who has been working at Runza for 20 years and in the mobile food station for two months, said the dishwasher is the biggest improvement in her mind.

To ensure customers still have access to their business, Runza put in a mobile kitchen behind the old building site.

The setup, spread across three trailers, has most of the capacities of the full building, minus the dining room itself. It also features a reduced menu to accommodate the reduced staff and kitchen facilities.

While the device is functional, the reduced space and improvisation early on created some confusion when they first moved in, but Niedbalski said his crew got back into the swing of things quickly.

"The weather has been something we've dealt with, maybe a little snow, those tornado warnings we've worked through," Niedbalski said. "Now we're getting into hot weather, but my staff has been flexible and every day they show up with 'what are we going to deal with today?'"

This is something of a pilot project, Niedbalski added. The Runza corporation has not done a mobile kitchen before, but is using this to test solutions for situations where buildings can't be used.

"This is new for Runza, so we haven't had this setup before, we're kind of the guinea pigs. The plan is to use this in other stores. I believe Beatrice is doing the same," Niedbalski said.

Niedbalski said the company doing the construction has been moving very quickly and has involved local businesses in the process.

"Bierman Contracting has been very aggressive with their schedule which we appreciate. Trying to keep some contractors local so if we need anything they're right here, so that's awesome," Niedbalski said.

The project is on pace for completion by mid-July, according to Niedbalski.

"Right now they're working on the roof. Once we get that enclosed we'll have a better timeline of when we'll be able to open that up," Niedbalski said.

"We're still making the Runzas, the onion rings, the ranch, whatever we can still make fresh here every day, so that's nice, not having to ship it in here," Niedbalski said.

The construction of the new Runza building as seen from 33rd Street.

The Runza mobile kitchen operates as a drive-through and kitchen in the parking lot of the future rebuilt Runza at 1944 33rd Street.