The following students are candidates for homecoming king and queen, with biographies provided by Scotus Central High School:

'An all-around good guy': Johnson aims to help others in various ways

Kevin Johnson is there for some of the happiest moments in people’s lives, signing papers to make them homeowners.

Four campaigning for one of three spots on CPS school board

Editor's note: All candidates were asked to supply their headshot. 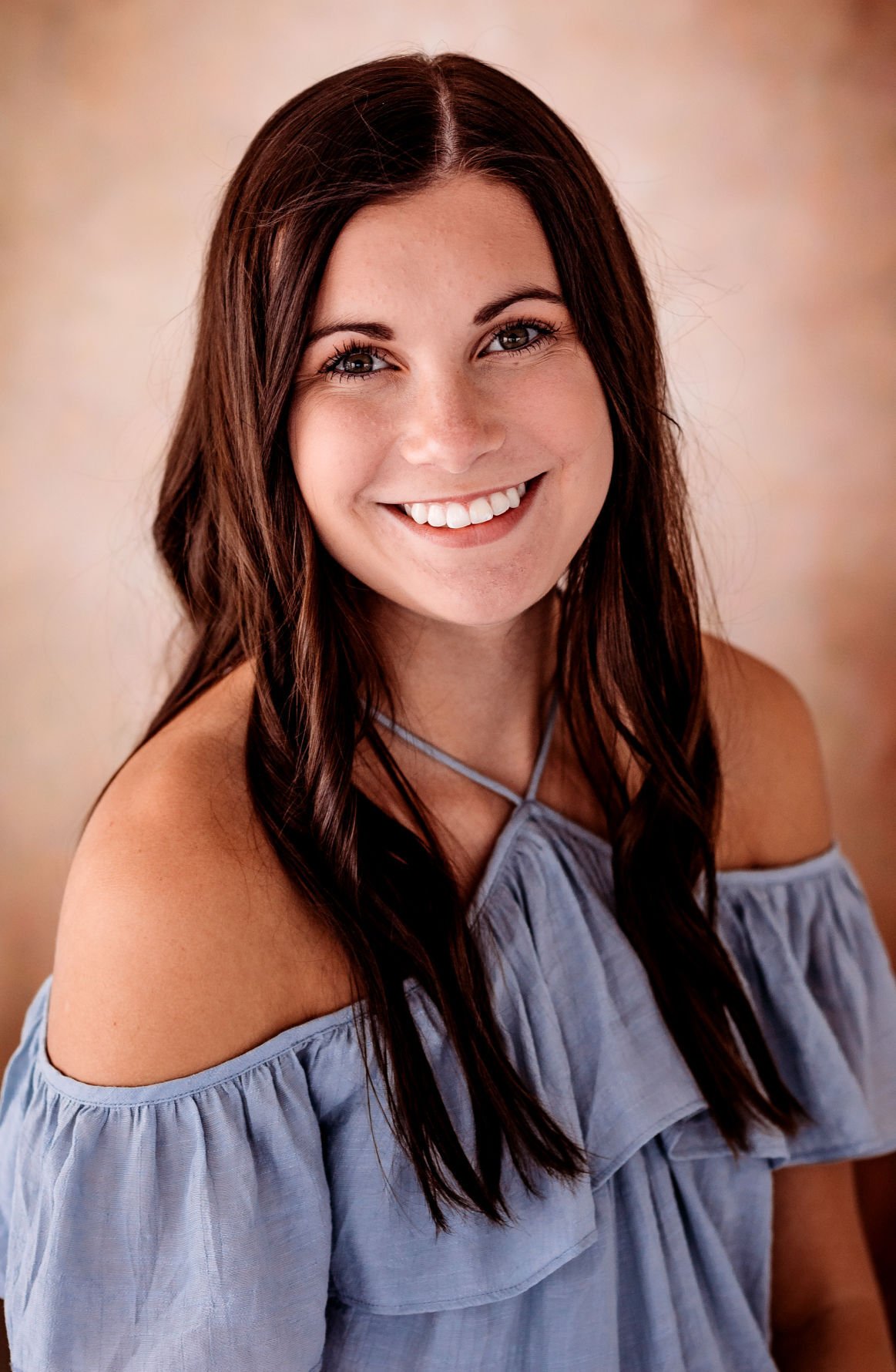 Shelby Bridger is the daughter of Kevin and Heather Bridger. She is actively involved in cheerleading, track and field, Mock Trial, is a member of NHS, the secretary of HOSA, a member of Student Council, and a co-leader of the Shepherd Program. Awards and honors she has received include Straight-A Honor Roll, Academic All-Conference, a letter winner in track and field, cheerleading, and Mock Trial, and selected as an All-American for cheer. She is a member of the GodTeens Program, was a JC Camp Counselor, has attended Steubenville Conferences, and dances at Lynette’s Dance Studio. She works at St. Isidore Childcare and Brookestone Acres. She enjoys hanging out with friends and family and watching Netflix. After graduation, Shelby plans to attend a four-year college and study pre-med. 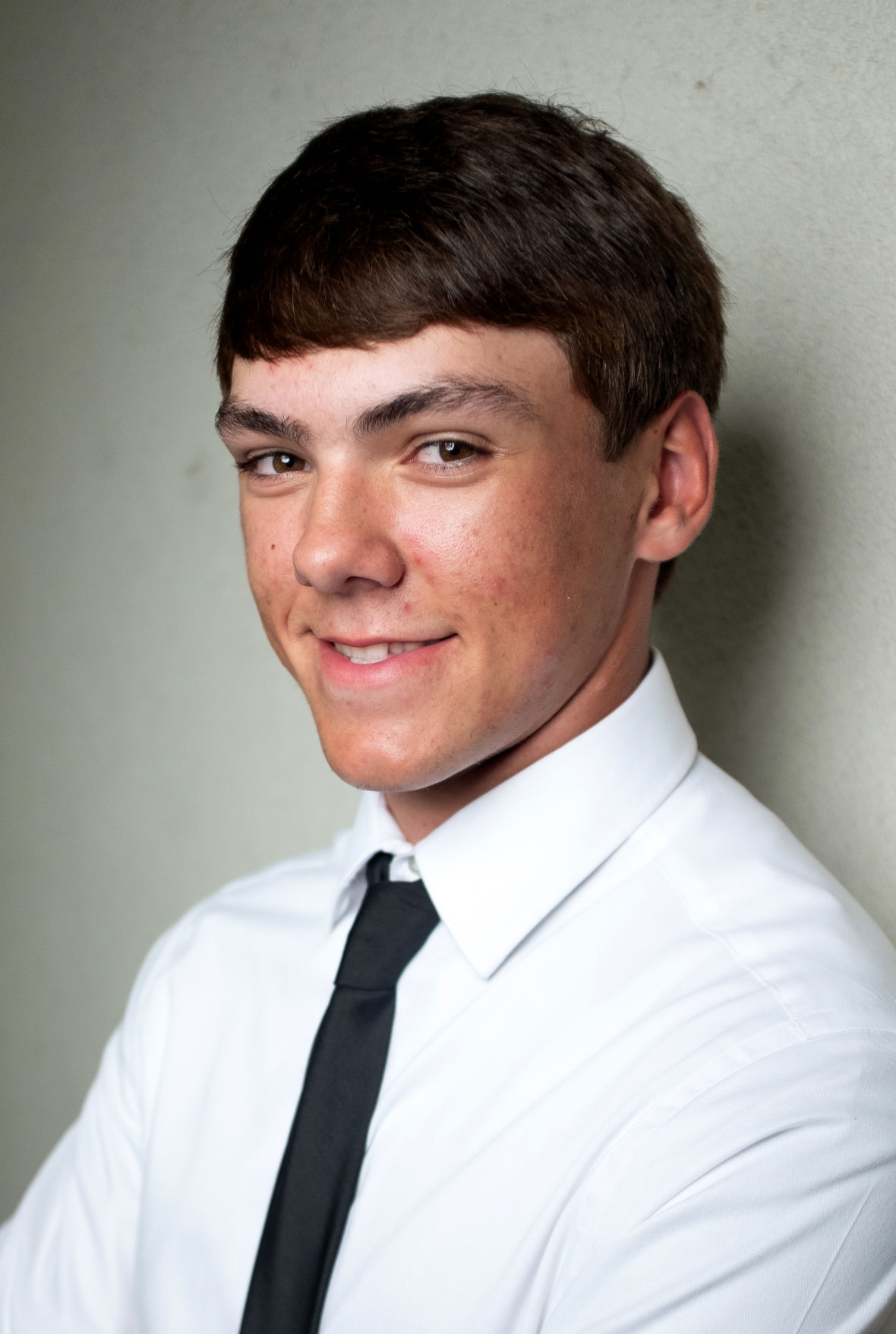 Ben Kamrath is the son of Kaycee Bridger and Matt and Kristyn Kamrath. He is currently involved in football, wrestling, St. Bonaventure Godparent program, the Shepard program, and National Honor Society. Awards and honors he has received include letters in wrestling, football, and track, A Honor Roll, and Academic All-State. He was also a member of Nebraska Agricultural Youth Institute. He enjoys hunting and fishing with his friends, farming, camping, and playing cards with his family. Ben plans to attend the University of Nebraska Lincoln and major in agribusiness. 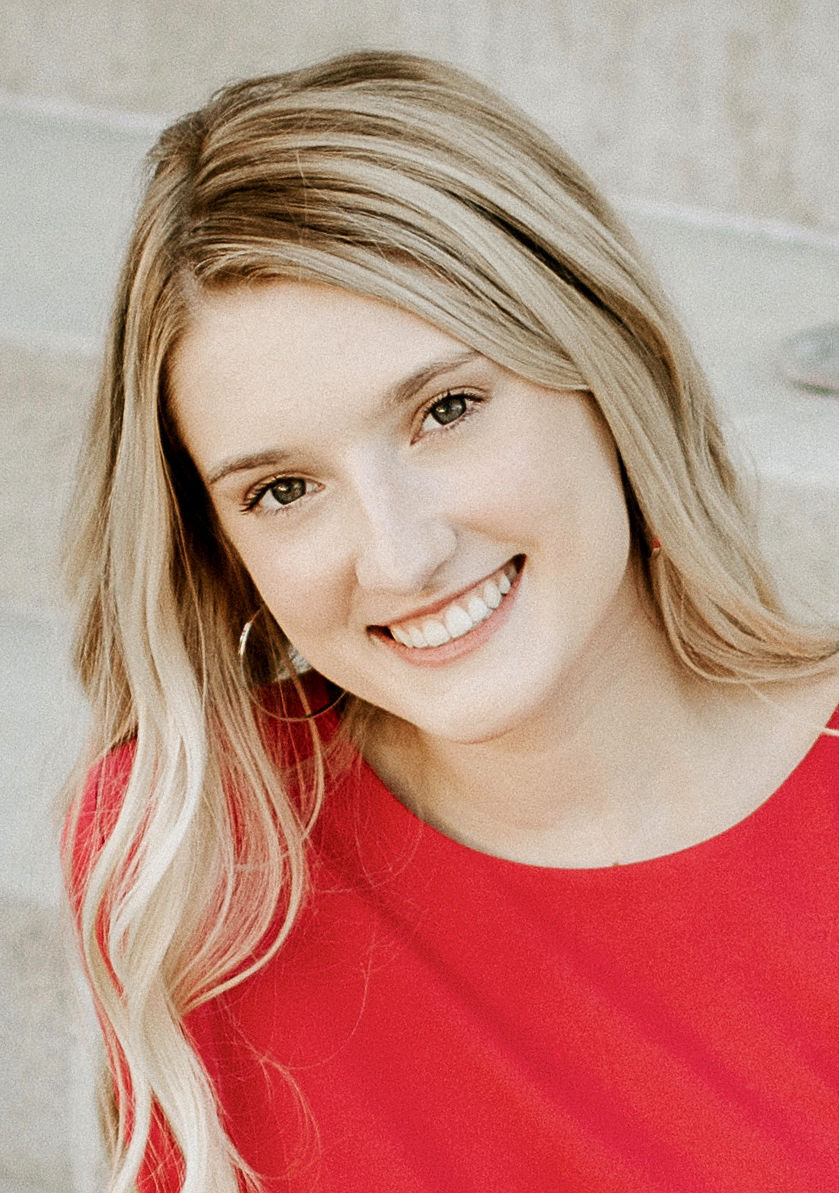 Maddie Blaser is the daughter of Nic and Nicole Blaser. She is Student Council President, member of NHS, Speech, One Act, Musical, Mock Trial, HOSA, FBLA, Campus Ministry, and is the Drum Major in band. Maddie is a member of GodTeens and is involved in Steubenville, JC Camp, and March for Life. Awards and honors she has received include Academic All-State, Academic All-Conference, Straight A Honor Roll, letters in speech, Mock Trial, band, Shamrock Singers and One Act. She enjoys volunteering at camps for children with special needs. She works at St. Bonaventure Daycare and Columbus Community Hospital. After graduation she plans to attend a four-year university and major in communication studies on a pre-law track. 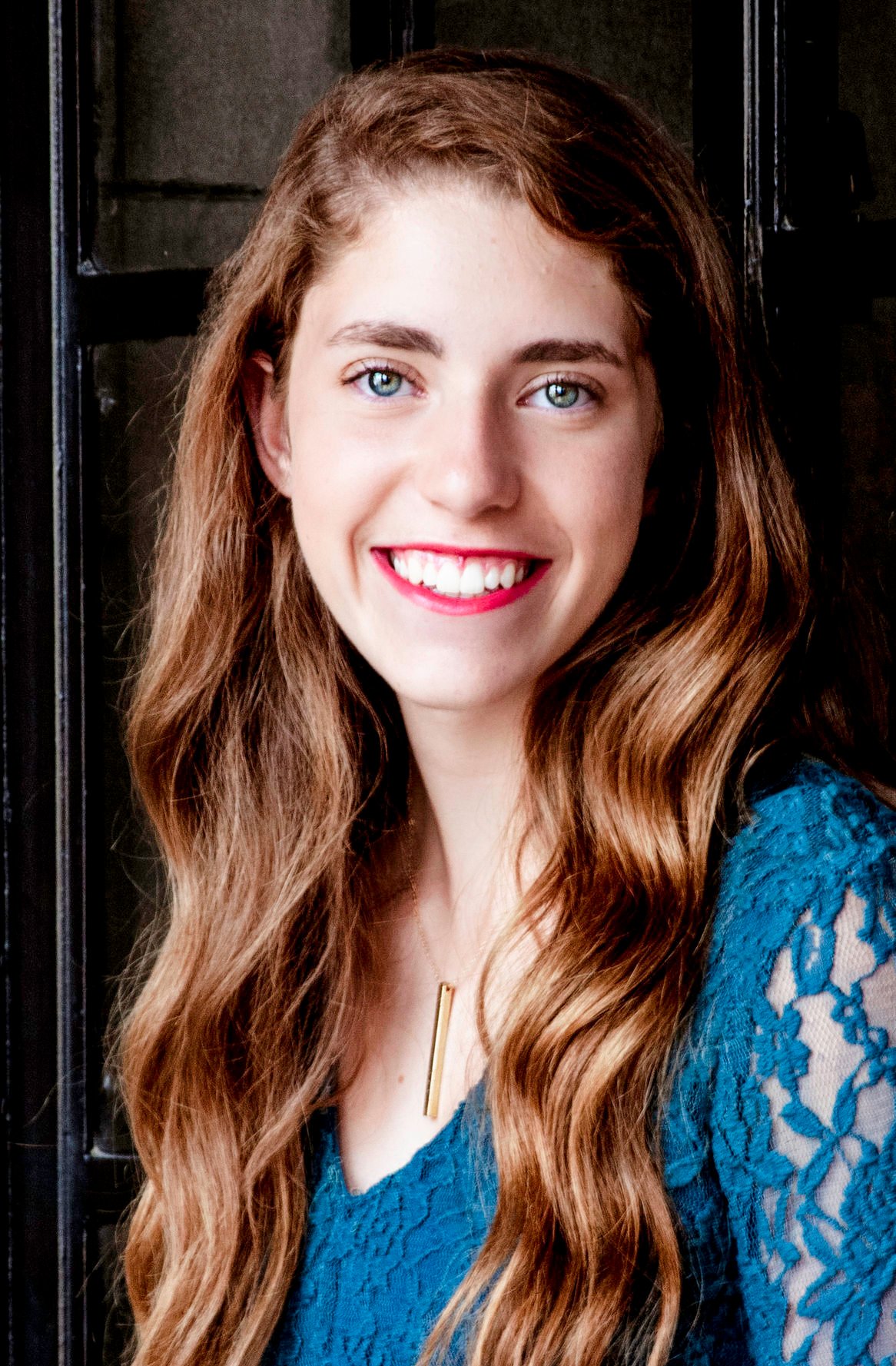 Clarissa Kosch is the daughter of Aaron and Shannon Kosch. She is actively involved in basketball, track, One Act, spring play, Shamrock Singers, National Honor Society, Student Council, Campus Ministry, and the Godparent Program. She has been involved in JC Camps, Quest retreats, and Steubenville conferences. Awards and honors she has received include Straight-A Honor Roll, Academic All-State, letters in basketball, track, and One Act, as well as receiving an Outstanding Actress Award. She is also the Senior Class Vice President. She enjoys hanging out with friends and family, making edible cookie dough, and road trips. After graduation Clarissa plans to attend a four-year college and major in business. 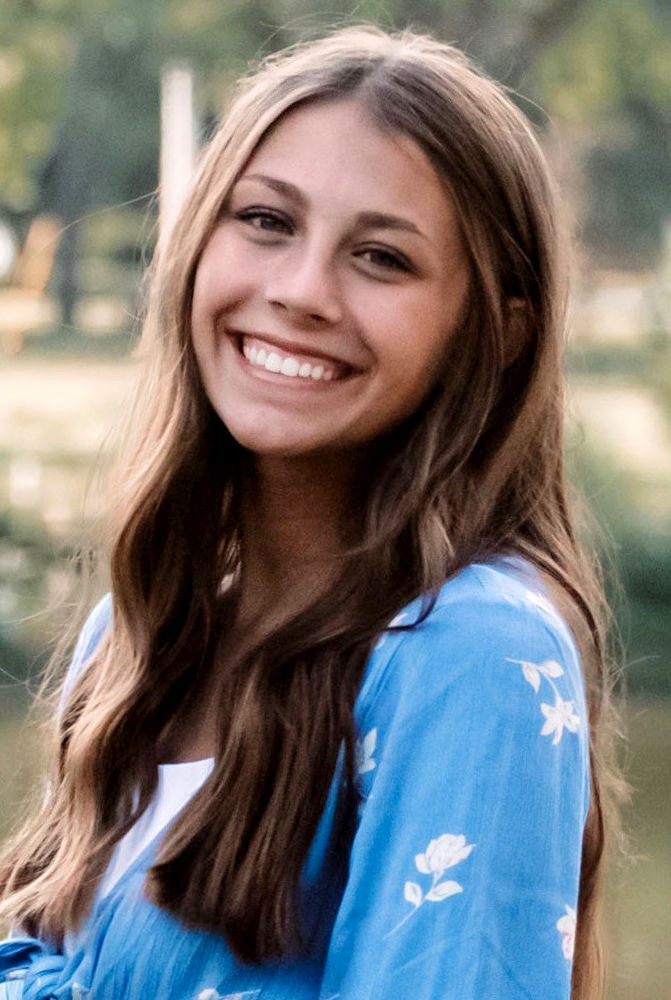 Tanley Miller is the daughter of P.J. and Renee Miller. She is actively involved in volleyball, soccer and cheer, as well as the GodTeens Program, yearbook, HOSA, and the Shepherd Program. She has been a JC Camp counselor and has attended the Steubenville conference. Awards she has received include lettering in volleyball, soccer, and cheer. She has also received the Pin It Forward Award twice and made All-American for cheerleading. She enjoys hanging out with friends and family, vacations, drinking Hi-C juice boxes, and sleeping. After graduation Tanley plans to attend a four-year college to pursue a degree in the medical field. 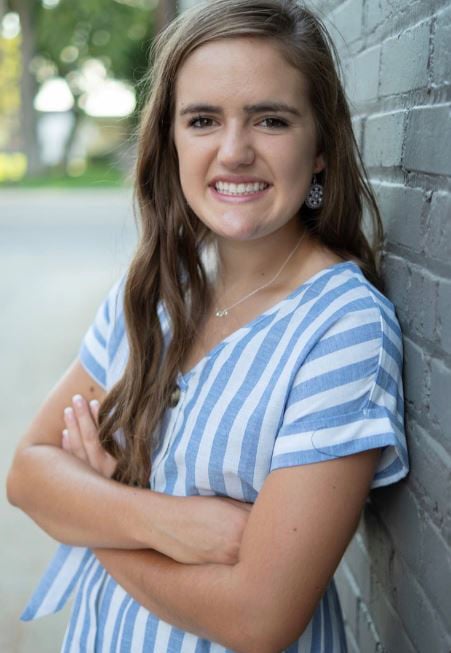 Camille Pelan is the daughter of Jay and Tina Pelan. She is HOSA President, Student Council Vice President, FBLA Parliamentarian, an NHS Officer, a band officer, a member of Campus Ministry and the GodTeens Program. Camille has been involved in JC Camp and Steubenville conferences. Awards and honors she has received include Academic All-State, Academic All-Conference, Straight A Honor Roll, All-State Honorable Mention in basketball, and letters in softball, basketball, soccer, and band. She is currently a CNA at Brookestone Acres. She enjoys running and watching Dude Perfect videos with her brothers. After graduation, Camille plans to attend a four-year college and major in either nursing or pre-medicine. 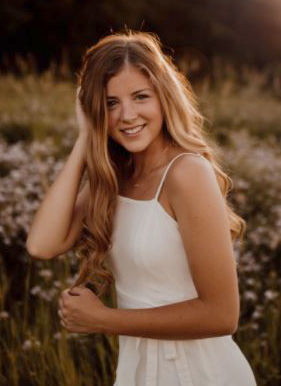 Jaelyn Podolak is the daughter of Chad and Carmen Podolak. She is actively involved in golf, cheerleading, tennis, NHS, HOSA, St. Bonaventure Godparent program, and the Shepherd program. She has attended Steubenville conferences, was a JC Camp counselor, attended the March for Life, works at Scooters and dances at Barbs School of Dance. Awards and honors she has received include lettering in golf and cheerleading, nominated for All-American and Lincoln Journal Star Academic All-State Girl’s Golf. She enjoys playing with her two dogs, hunting, hanging out with friends and family, going on coffee runs, and watching The Bachelor. After graduation, Jaelyn plans to attend a four-year college and major in nursing. 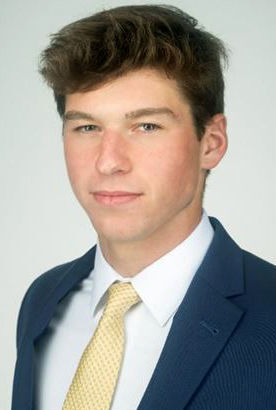 Evan Bock is the son of Travis and Jolene Bock. He is actively involved in football, baseball, HOSA, Campus Ministry, and St. Bonaventure’s Godparent Program. Awards and honors he has received include B Honor Roll, letter winner in football, basketball, baseball, and All-District in football. Bock is a Pro-Staffer for the company Dux waterfowl (pronounced ducks). He enjoys hanging out with friends and family, sports, hunting, and beating his dad in ping pong. After graduation Evan plans to attend college, hopefully continue with baseball, and major in athletic training. 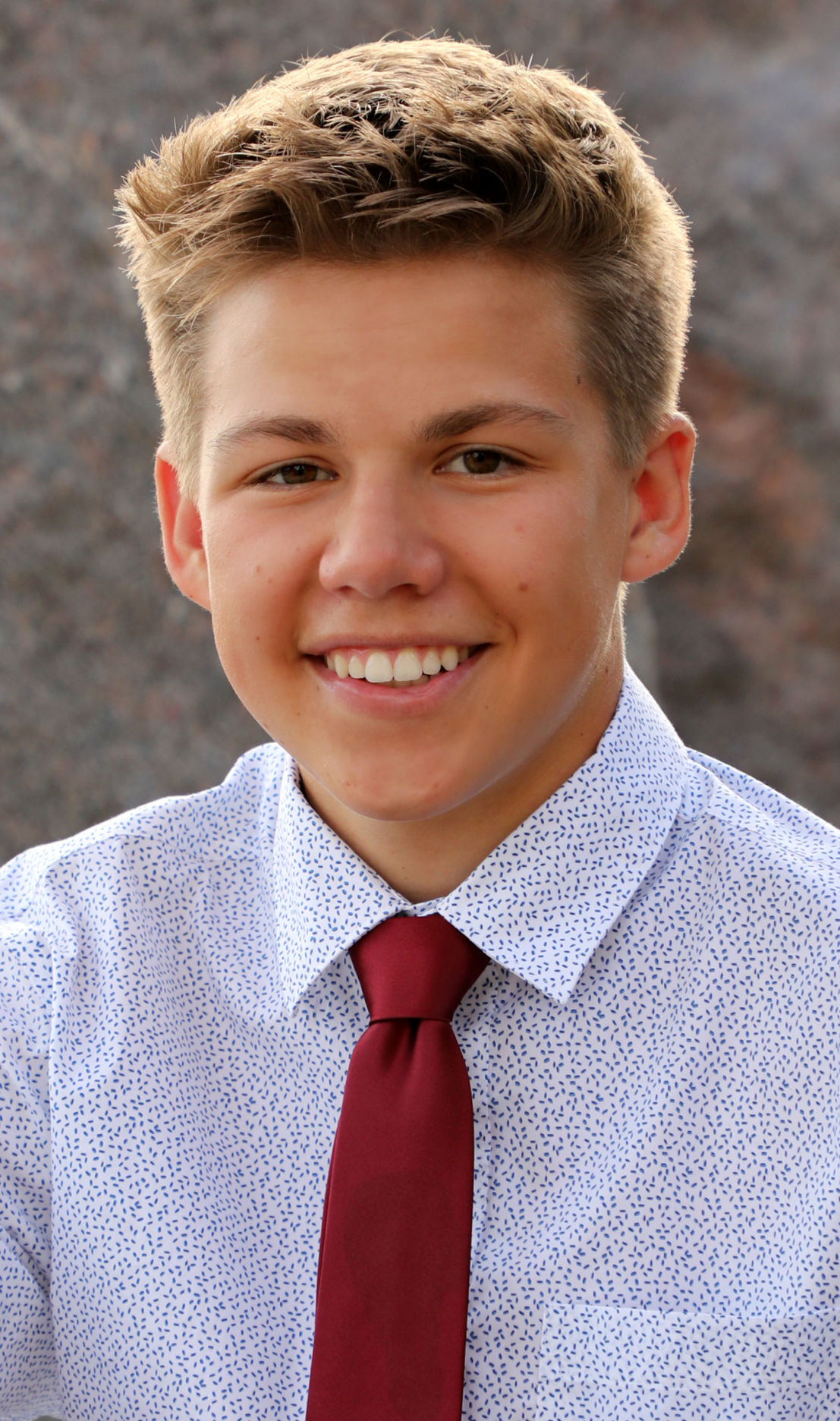 Joshua Faust is the son of Cory and Tricia Faust. He is an NHS officer, member of Student Council, HOSA, and the Shepherd Program. He participates in basketball, golf, and is a captain of the football team. He is also president of the Scotus Bass Fishing Club. He has been involved with GodTeens, Steubenville Youth Conference, and Youth Leadership Columbus. His honors and awards include Straight A Honor Roll, Academic All-Conference, Academic All-State, All-State honorable mention in basketball, Holiday Tournament First Team, and Greater Omaha-Council Bluffs Annual Youth Salute Honoree. Faust enjoys fishing, boating, and hanging out with his friends, his family, and his dog. He plans to attend a four-year university and his major is undecided. 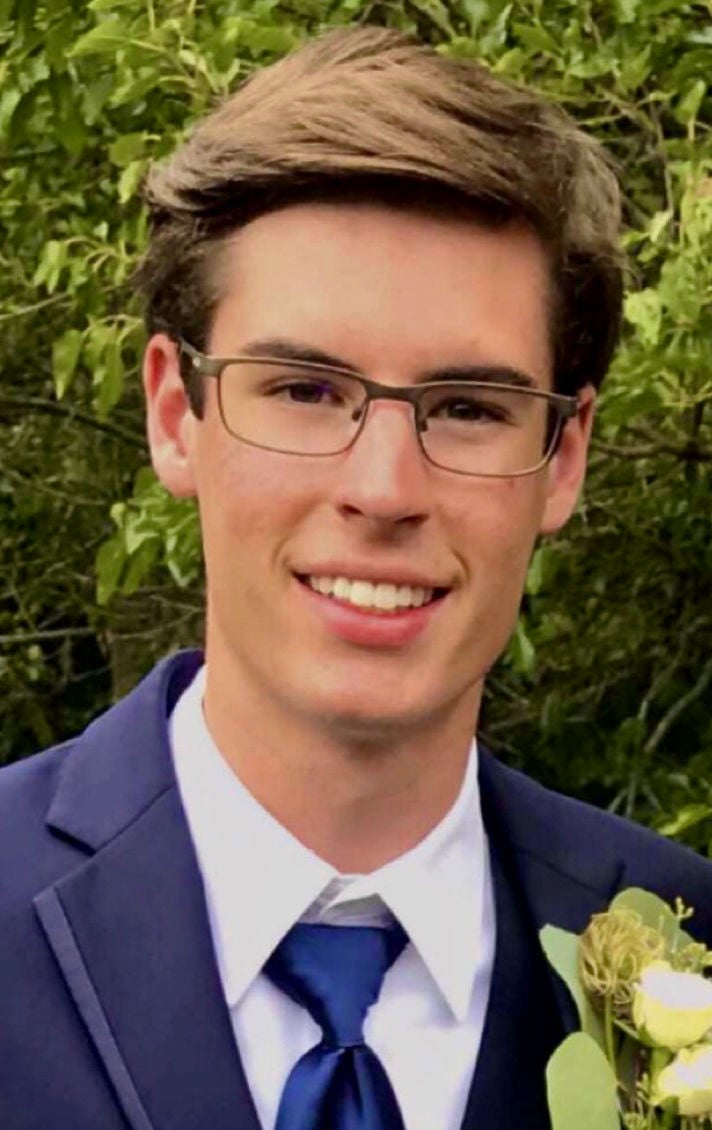 Michael Gasper is the son of Greg and Cindy Gasper. He is the President of National Honor Society and a letter winner in cross country, track, and band. Awards and honors he has received include Straight A Honor Roll, Academic All-State in cross country, and All-Conference Academic Excellence. He is a member of the St. Bonaventure GodTeens Program, has attended a Steubenville conference, and participated in JC Camp. He enjoys camping, rock climbing, hiking and fishing. Michael plans to attend the University of Nebraska at Omaha and major in aviation. 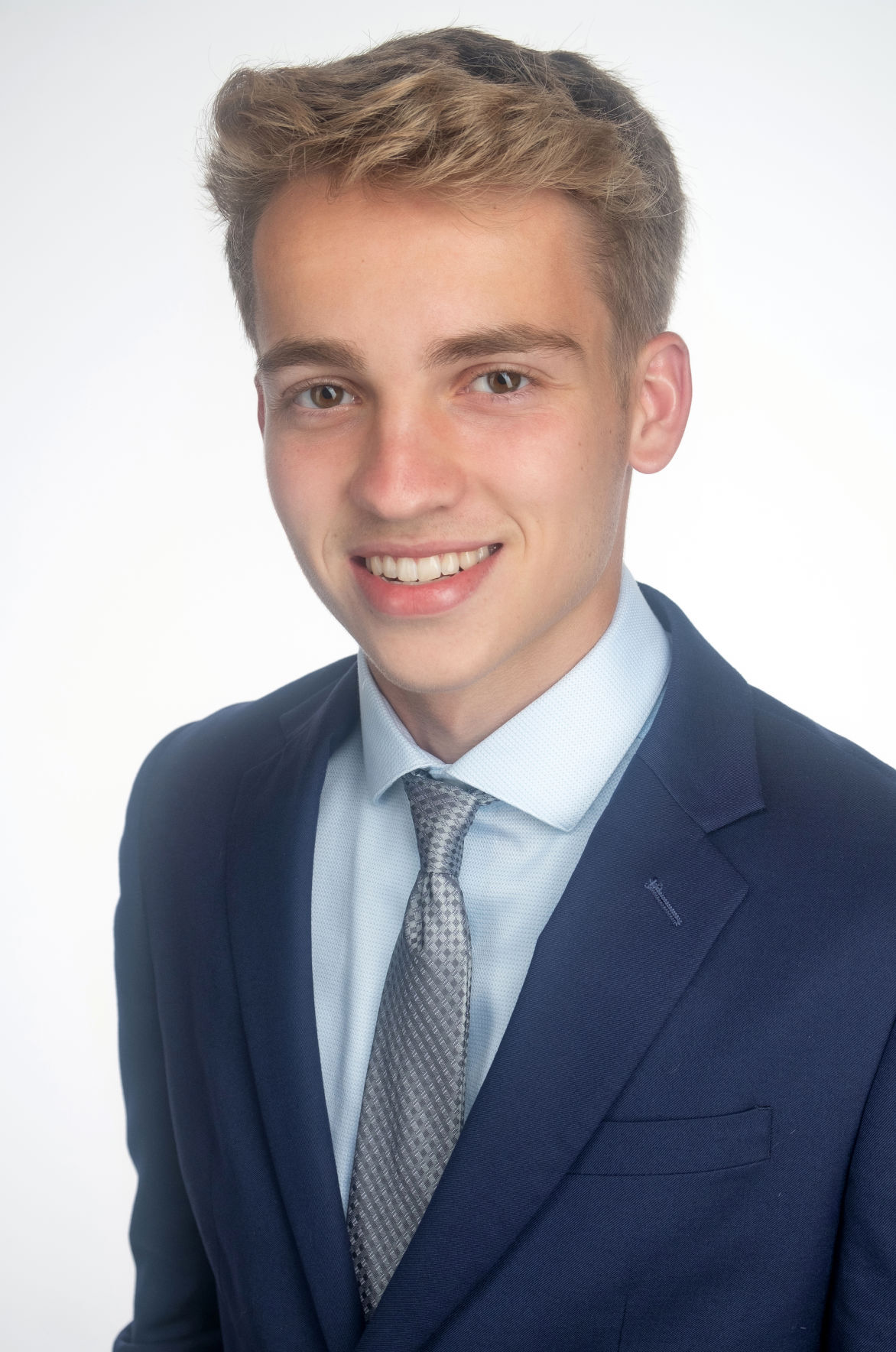 Ross Thorson is the son of Donnie and Becky Thorson. He is currently involved in cross country, soccer, St. Bonaventure Godparent Program, and Campus Ministry. He is also an active member in National Honor Society, is an officer in HOSA, and enjoys working at Hy-Vee and the Columbus Sales Pavilion. Awards and honors he has received include A Honor Roll, letters in soccer and basketball, and Academic All-State in soccer. He enjoys hunting, hanging with friends, and playing sports. After graduation, Ross plans to attend UNK and major in biology. 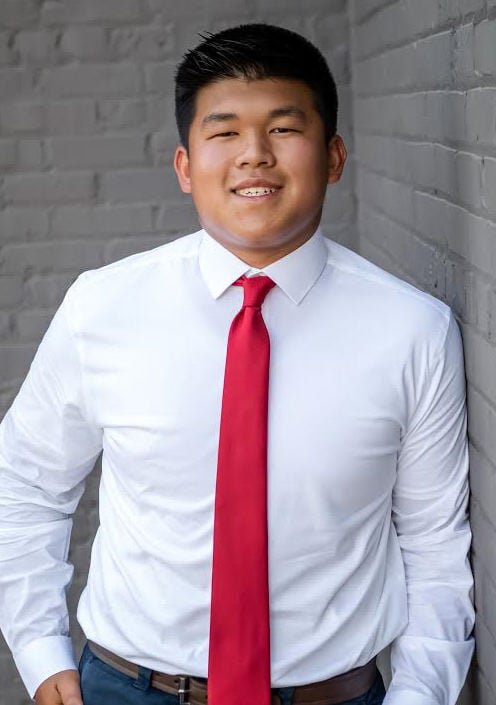 Kade Wiese is the son of Gerry and Christine Wiese. He is currently involved in football, powerlifting, soccer, St. Bonaventure Godparent Program, Campus Ministry, and the Shepherd’s Program. Wiese is an active member of Revolution and Teammates. He is an officer in both National Honor Society and Student Council. Awards and honors he has received include Straight A Honor Roll, a football captain, letter winner in football and soccer, YLC graduate, and Academic All-State. He enjoys playing ping pong, fishing with his friends, playing putt-putt golf with his family, farming, and beating everyone in Mario Cart. After graduation, Kade plans to attend the University of Nebraska Lincoln and major in agribusiness or agronomy.