Small wireless cells can lead the way to 5G, but before 5G could possibly come to Columbus, there have to be small cells set up in the city.

The Small Wireless Facilities Deployment Act, known as LB 184, modernizes telecommunications statutes to allow for the installation of small cell antennas. Gov. Pete Ricketts signed it into law back in May 2019.

Although current cellular data travels between towers and antennas, small cell antennas are roughly the size of a mini fridge, according to Verizon. This allows the hardware to be mounted on streetlights, buildings and utility poles, among other things. LB 184 will help build a new 5G network infrastructure, including small cells, which the telecommunications industry predicts would infuse more than $1.5 billion into Nebraska’s economy, according to the Office of Gov. Pete Ricketts.

Over the past few months, the City of Columbus has gone through the process of implementing new rules and regulations as a result of the law, the last of which was recently passed.

"It's been a long road," City Administrator Tara Vasicek said at a July meeting of the Columbus City Council during a discussion of a change to a resolution.

“For over a year the City, our attorney and staff and other counsel that we’ve hired, we have been dealing with a new law that the state legislature here in Nebraska adopted,” Vasicek said at an Aug. 3 City Council meeting. “The legislature said we cannot really manage small cell in the right-of-way like we manage everything else that’s on City property, in City right-of-way.”

Right-of-way means the area on, below or above a public land on which vehicles or persons can pass. This includes alleys, sidewalks, dedicated utilities or streets but does not include freeways.

Essentially, they’re allowed to do whatever they want, Vasicek said, with limited City control.

“So the only way we could have any kind of control over aesthetics, placement … is if we amended our wireless telecommunications siting ordinance to provide strictly for small cell in right of way,” she said. “And also to adopt a right of way occupancy rules and regulations.”

Now the City is in the process of implementing all these new rules and regulations for all users of the right of way, not just small cell facilities, she said.

The law, LB 184, is called the Small Wireless Facilities Deployment Act and, again, its goal is to encourage the development of wireless communication networks, which is "integral to the state's economic competitiveness."

Mayor Jim Bulkley in July said the City really does not want small cells going here, there and everywhere.

“It’s a matter of what kind of control can we have over where these things get placed,” Bulkley said. “We’re talking about the placement of the antennas that incorporate 5G and other things.”

Although he said 5G is important and is something many residents want since it can provide better and faster service, the City is not the vehicle that will bring 5G to town.

“But we encourage companies to look at the opportunities that Columbus offers and let these opportunities drive the growth of 5G,” Bulkley wrote in a recent email to The Telegram.

Bulkley said he shared Vasicek’s concerns over the law that was passed.

“The cell tower people … got behind the law and made it pretty much in favor of them, so there’s only so much we can do to help keep things the way we might like to see them," Bulkley said.

At the May 18 City Council meeting, John Palmtag spoke on behalf of himself and colleague Emily Milewski of Verizon Omaha, according to the meeting minutes.

“(He) noted for the record that they are supportive of creating a regulatory framework for small wireless cell technology and look forward to continuing dialog with Columbus as they build this technology throughout the country,” the minutes read.

At the July 6 meeting, the City adopted Ordinances Nos. 20-04 and 20-05, which amended Section 13 and Section 15 of the Land Development Ordinance.

The amendments made by ordinance 20-04 to Article 13 include outlining an application process for permits and when the City can deny an application, including for design or aesthetic reasons.

The amendments made by ordinance 20-05 to Article 15 include outlining permits and put in place aesthetic and design standards. These standards include the facilities reasonably matching the existing area. Also, facilities should be “designed to camouflage.”

At the July 6 meeting, the City Council approved adding fees to occupy the right of way and allowing for some small wireless.

“That’s what part of these ordinances were (for), to give us at least a little bit of control over what we can do,” Bulkley said in July.

To generate revenue, the Columbus City Council recently approved a resolution to amend the city code to increase occupation tax rate on telephone companies from 3% to 5%.

“The only way the City is going to be able to cover our cost to implement this new state-mandated system is to raise this occupation tax,” Vasicek said at an Aug. 3 City Council meeting. “There’s no other revenue source for us and we will have significantly increased costs.”

The City does not have plans to adopt anything else related to right-of-way management, said Vasicek in an email.

“(There are) lots of things we can ask, but there are actually very limited things that we can stop,” she said at the July Council meeting. “We will try to do our best to make it aesthetically pleasing and not too intrusive to the surroundings”

When Ron and Mark Stock graduated high school in 1984 and 1985, respectively, auctioneer school was all the rage for recent graduates.

Riley Royle, 26, of Monroe, died Jan. 17 after crashing into a piece of farm equipment. The incident occurred just before 6 p.m. on Nebraska 2…

Just outside of Lindsay sits a feedlot of approximately 1,000 cattle. Originally belonging to Leo Wiese, who started the operation nearly 75 y…

Why snail skin therapy is the new facial trend 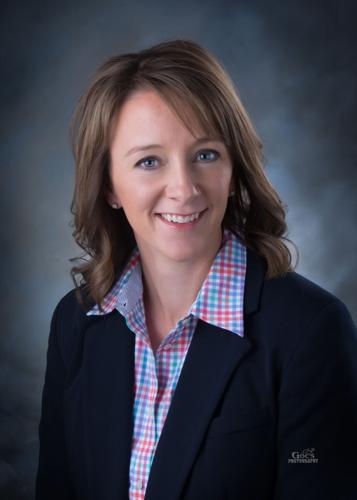 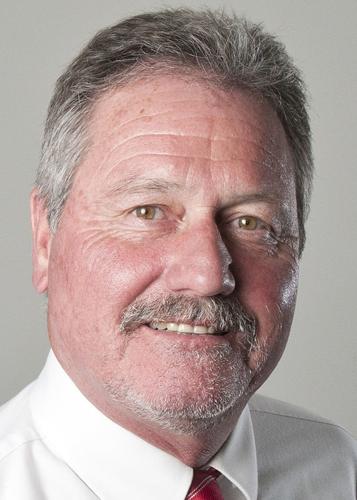