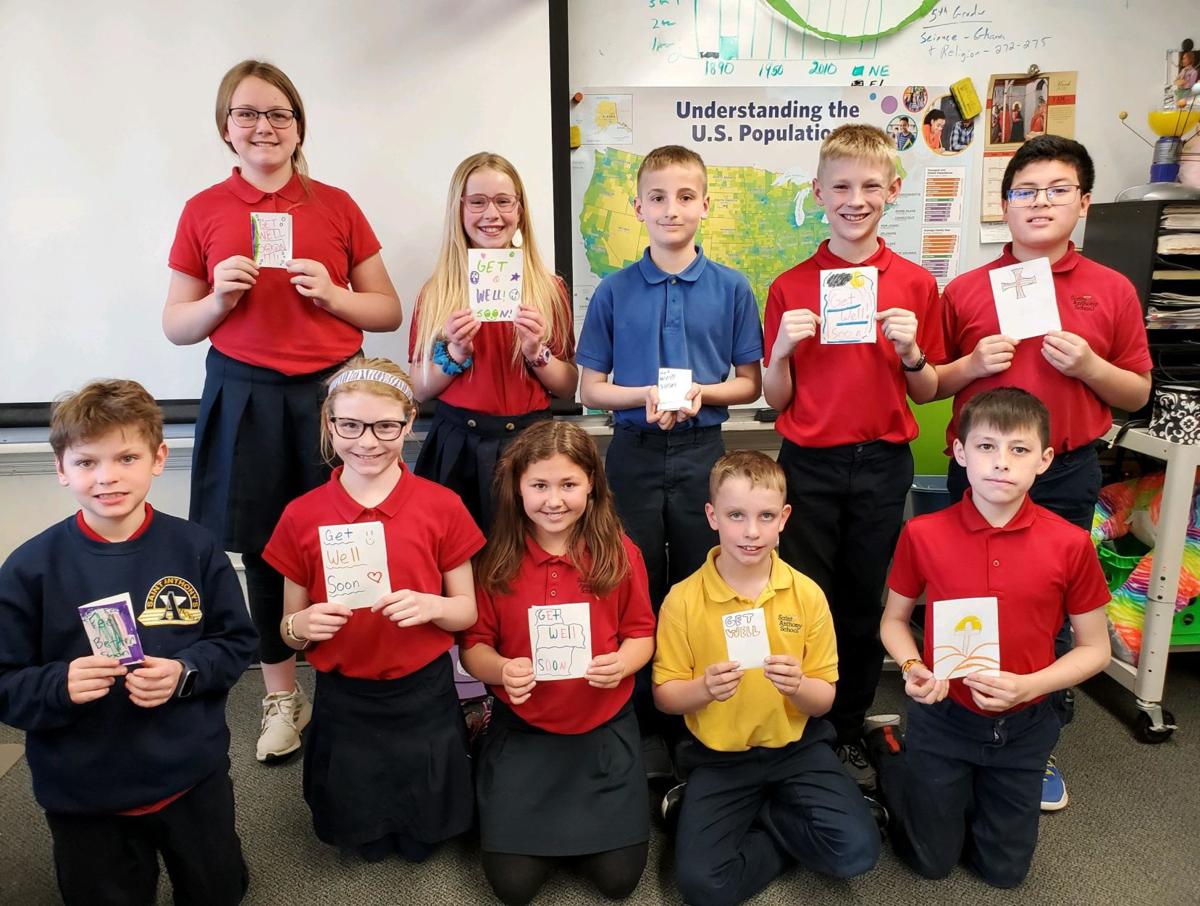 St. Anthony fifth-grade students show off their recently made cards before mailing them off. 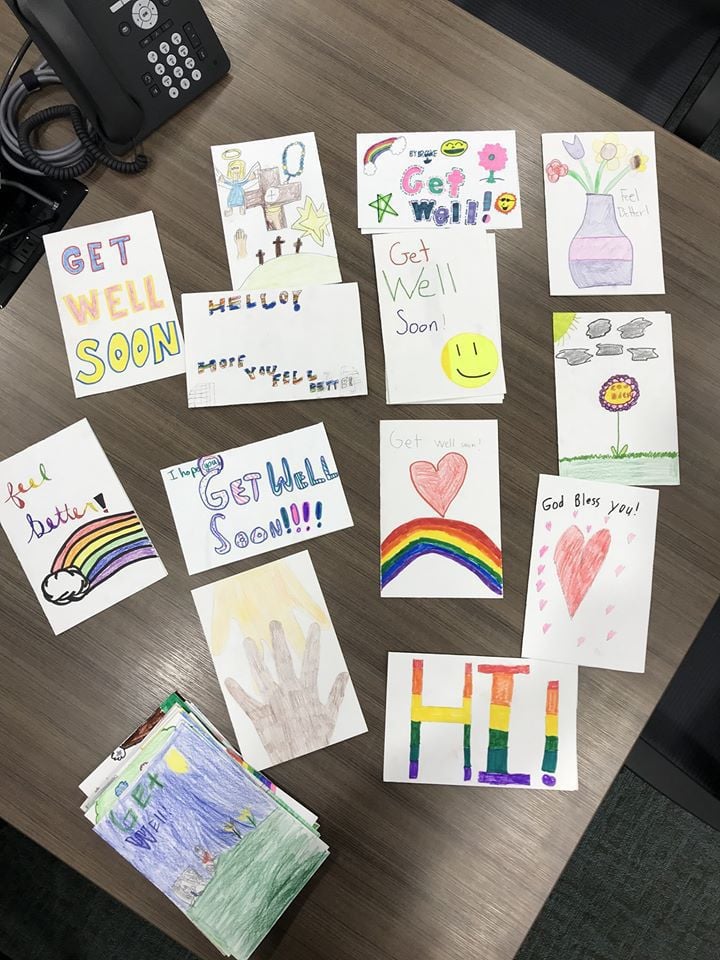 The University of Nebraska Medical Center in Omaha shared this photo of get-well cards it received from students at St. Anthony's Home and School in Columbus.

When students at Columbus’ St. Anthony’s Home and School heard about the people on a cruise ship who were stuck in a coronavirus quarantine in Omaha, their immediate reaction was to get to work.

All forty-three of Charlotte Beran’s students (fourth, fifth and sixth grades) last week busted out the paper, markers and colored pencils and crafted get-well cards for the people under quarantine at the University of Nebraska Medical Center. Once done, Beran reached out to UNMC officials to let them know and shipped out the cards.

“We just want them to know Nebraskans are good people,” Beran said, noting they believe those in the quarantine came from all over the country.

UNMC officials were undoubtedly moved by the gesture, posting about it Tuesday on the hospital's Facebook page.

“This is just about the nicest thing ever! Kids at St. Anthony's School in Columbus sent get-well cards for all of our people in the National Quarantine Unit being monitored for the coronavirus. We can't say thanks enough!” UNMC stated in the public post.

The post generated plenty of shares, likes and comments, with people praising the students and Columbus in general for the act of goodwill.

Beran, who teaches religion and science for fourth, fifth and sixth graders, said her fifth graders are in the process of studying the Catholic Church sacraments and specifically were discussing the Sacrament of Anointing of the Sick. With all of the talk about the coronavirus spreading globally, that got her and her students thinking about ways they could reach out to help those who are ill.

Creating the cards became an optional opportunity that all of Beran’s students decided to participate in, with her noting it was a chance for kids to realize how they can be part of the solution to a global crisis even though they’re still very young. Students’ cards featured hearts, rainbows and scenes of nature, among other things. Each card was also equipped with words of encouragement, such as “Feel better!” “Get well soon!” and “God bless you."

St. Anthony Principal Amy Sokol said she was proud of Beran and her students for the random act of kindness.

Beran said making the cards was a way for her students to pay it forward. Students in the classroom Wednesday afternoon said they hoped the people in the quarantine were feeling better and that the cards help comfort them, make time go by faster and make them happy.

Beran said she was made aware of UNMC’s Facebook post Tuesday, noting she was happy to share what people were saying with her students. Beran also mentioned she got a phone call from a nurse at UNMC, who told her the patients were “thrilled” to receive the cards of encouragement.

The St. Anthony teacher said she was proud that her kids were able to bring a little more positivity to the world.

“There are lots of smiles in the classroom right now,” Beran said. “I just want the students to understand little things can have a positive impact on people.”

The East Central District Health Department has begun preparations to quell the risk of COVID-19’s potential spread through its coverage area.

St. Anthony fifth-grade students show off their recently made cards before mailing them off.

The University of Nebraska Medical Center in Omaha shared this photo of get-well cards it received from students at St. Anthony's Home and School in Columbus.