A total of 8 residents, 2 associates test positive at The Heritage 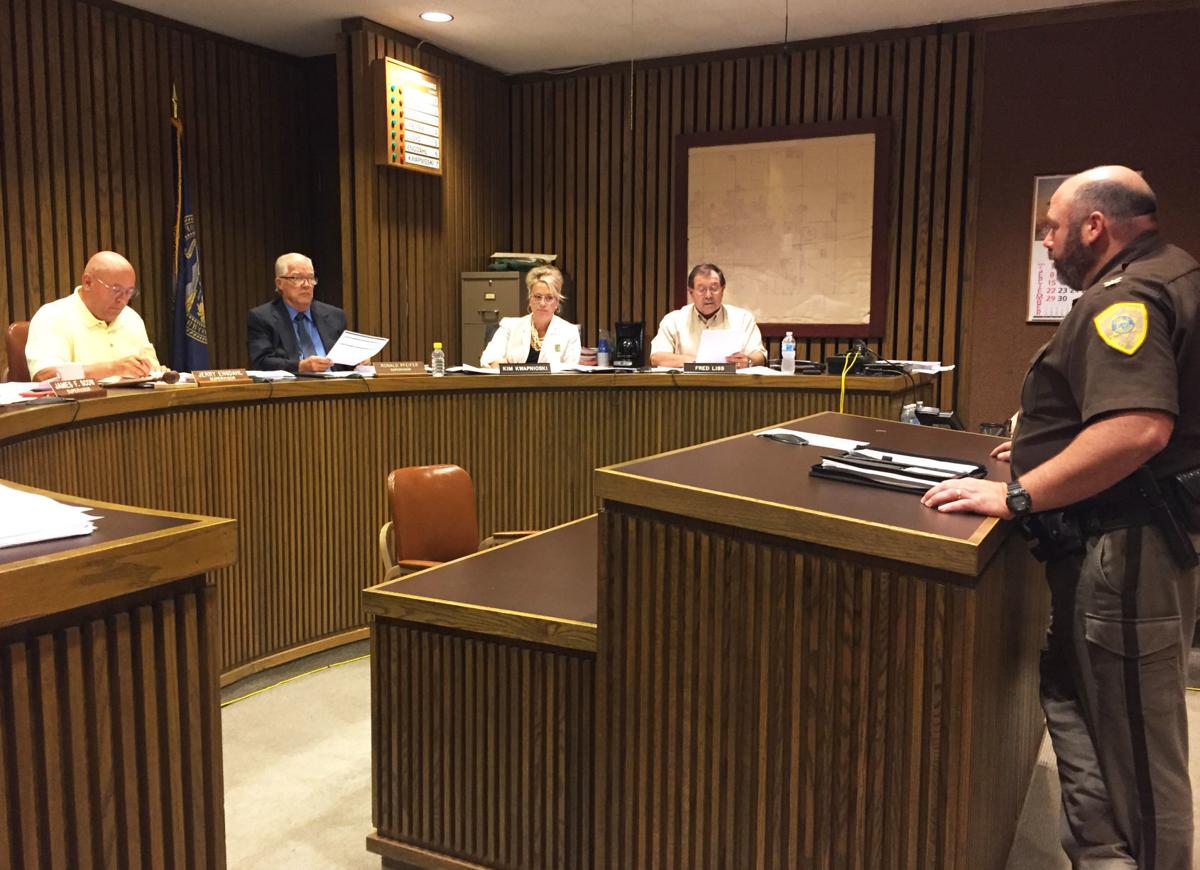 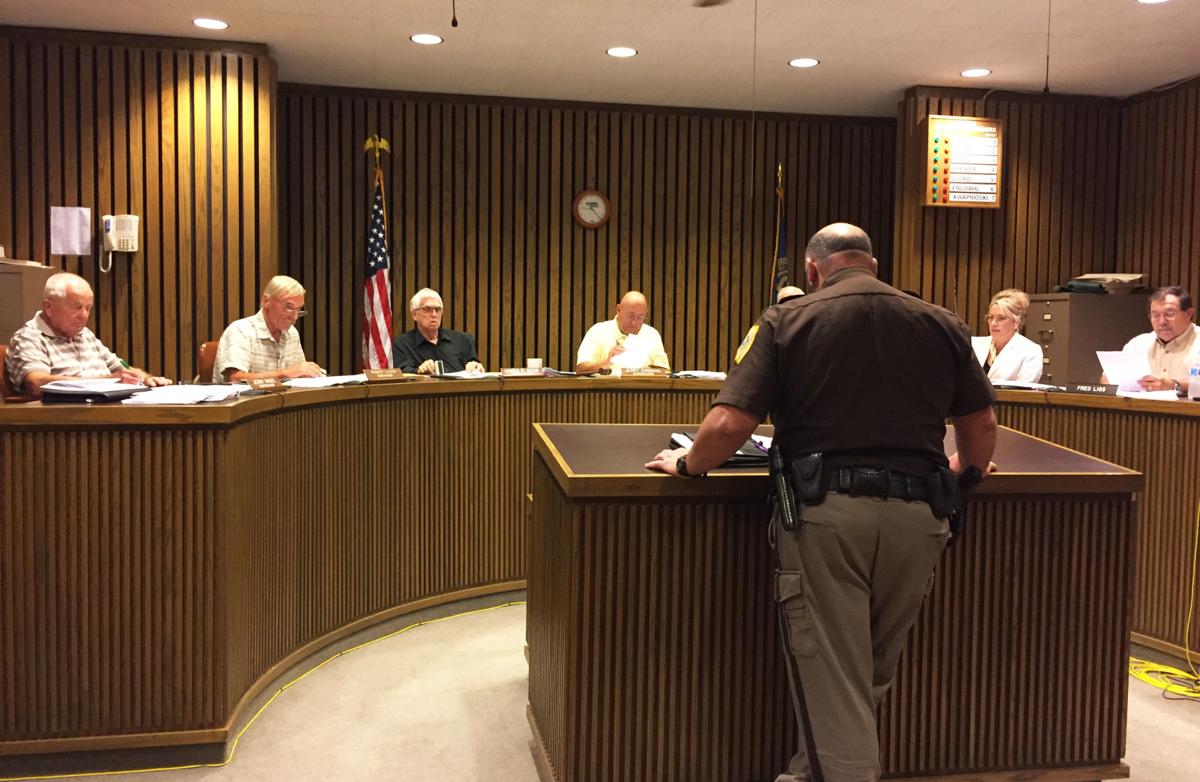 Members of the Platte County Board of Supervisors listen to a request for funding Tuesday by Ed Wemhoff, Platte County sheriff. Wemhoff was requesting money to pay for new radios, a proposal that was approved unanimously by the board.

A new Human Resources position is one step closer to becoming a reality for Platte County government.

The Board of Supervisors voted 5-2 Tuesday to approve $100,000 toward the new role, which supporters like District 7 Supervisor Kim Kwapnioski say will help fix any personnel issues that may arise.

“I think (Platte County) will benefit tremendously towards streamlining and making sure that training and any personnel would be taken care of,” Kwapnioski said. “Not that it’s not taken care of, but it allows us an opportunity to be more proactive.”

Kwapnioski met with fellow members of the board’s Personnel Committee to discuss the proposed position. She was curious about the future of the county and noted that the new position would have vast responsibility.

“There’s a whole laundry list of things that we’re looking at this position to do,” Kwapnioski said.

Kwapnioski said she wanted the county to be proactive, as many county employees have announced their retirements and new employees would be hired in their place. She and fellow members of the Personnel Committee had asked for the new position to be part of the budget this year because she felt that it could help bolster their personnel processes, even if the position won’t take effect for another six to nine months.

District 4 Supervisor Ron Pfeifer voted no on the proposal. He said he's concerned that the new HR position would take away certain responsibilities from the committees of the board.

“I think it would be a detriment for this board,” Pfeifer said. “These committees that this board has gets involved and they know what’s going on. The committees aren’t going to do half the work (that) they’re doing now if this position is filled. The board won’t know half of what’s going on in this county and they’ll just ride along with the suggestions of this position.”

Board Chairman Jerry Engdahl also voted no, saying that more time was needed to examine the proposal before placing it in the budget.

“There are a lot of things to be worked out,” Engdahl said. “I’d be more comfortable after I saw 90 percent of what the structure is for the person, whether they’re going to be in an office, do they need a secretary, the whole package. It’s not impossible for us to add to our budget later.”

Kwapnioski pointed out that they were observing what other counties - like Buffalo and Sarpy - are doing with their HR positions. She said that putting the position in the 2019-2020 county budget would give them time for further evaluation and to hone the position to the best of its abilities.

“With it being in the budget, that’s going to allow us to really look at it and look at what other counties are doing and design it so it’s a position that we will be able to deal with and have in our hands,” Kwapnioski said.

In other county board happenings:

*The board unanimously approved the budget for Loup Township, in addition to a 1-percent budget increased tacked onto a previously approved 2.5-percent increase.

*The board also unanimously approved a contract for outgoing Election Commissioner Diane Olmer to stay on as a consultant to new Commissioner Connie Sebourn. Olmer will continue to assist the election office through the bond issue for Lakeview Community Schools and the primary elections next year. Her contract will expire before the 2020 general election.

*The board unanimously approved a bill of payment to Husker Helicopter for its assistance during the March flooding. The board approved an amount of $9,800 to pay for their flights over the Platte River back in March.

*The board approved a motion allowing Platte County Sheriff Ed Wemhoff to purchase new radios for his department. $78,136 will be allocated to the Sheriff’s Office in order to purchase the new technology.

Members of the Platte County Board of Supervisors listen to a request for funding Tuesday by Ed Wemhoff, Platte County sheriff. Wemhoff was requesting money to pay for new radios, a proposal that was approved unanimously by the board. 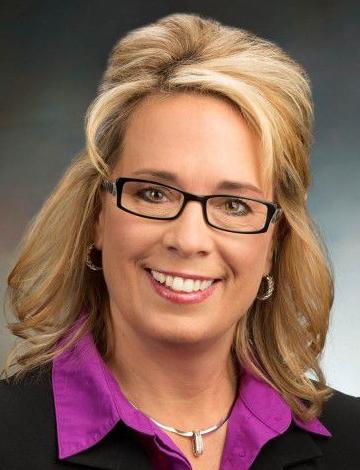