Subscribe
Read Today's E-Edition
Share This
The signs are nigh: Columbus Rotary and Platte County Historical Society team up to create tour experience
0 Comments
Share this
1 of 2 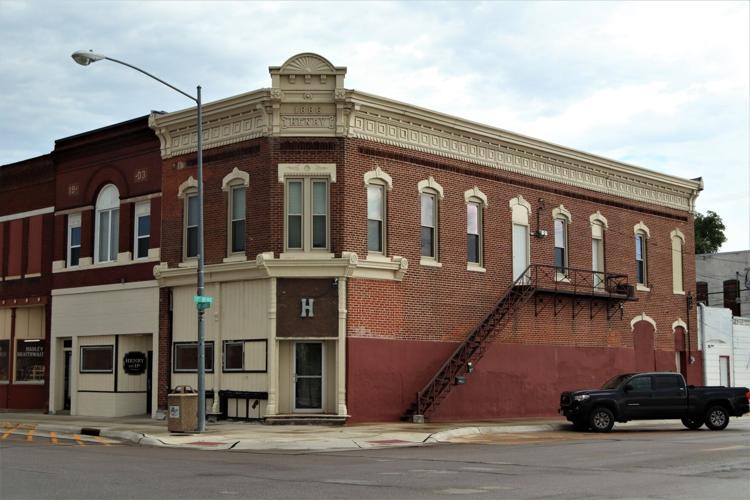 The Henry building at the corner of 26th Avenue and 11th Street is one of the stops on the Columbus Rotary Club and Platte County Historical Society's new QR code self-guided tour. 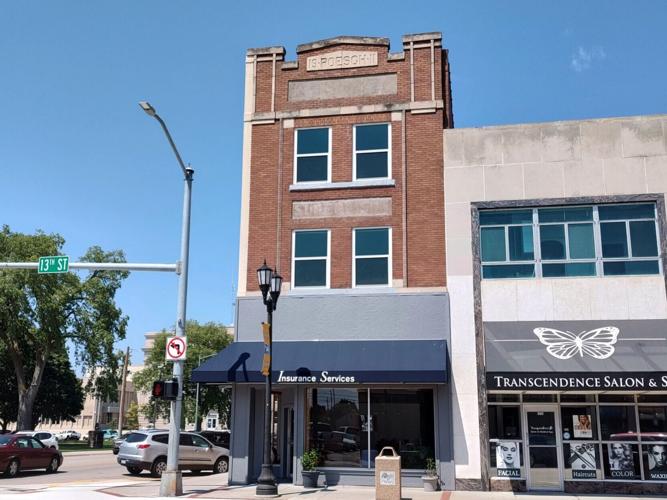 The Insurance Services of Columbus building on the corner of 26th Avenue and 13th Street, is a stop on the tour as it was once the location of Poesch's Palace of Sweets, a three-story confectionery.

With a majority of the oldest buildings in Columbus located in the 14th to 11th street blocks, downtown Columbus has certainly earned the "historic" title in its name.

With those buildings being unable to speak, however, their storied pasts are reserved to those who choose to find them. Now, with the help of the Platte County Historical Society (PCHS) and the Columbus Rotary Club, that means anyone.

In the days before Columbus Days, several locations in downtown Columbus will feature QR code signs on light posts, which can be scanned to find historical information about nearby buildings or spots of significance. Users can then find more locations and take a self-guided tour from there.

According to Barb Gay and Dennis Hirschbrunner of the PCHS, this project aligns with the society's mission.

"The tour could not be more in line with the mission of the historical society, as we're trying to spark greater interest in the museum and sustaining of our displays and artifacts and telling the story of Platte County's colorful past," Gay said.

Ken Curry, former president of the Columbus Morning Rotary, said the idea was inspired by Gay's tours of the historic downtown area. Rather than a walking tour, though, the committee in charge of the project decided to go self-guided.

"I said 'you know what? We should have QR codes on the buildings or on the corners in the are to preserve that history,'" Curry said.

As it was time to apply for grants with the Rotary Club International, Dan Pabian wrote the application and sent it in. A grant was permitted, but due to the timing on the project, had to be sent back. The club was determined, however, and reached out to the PCHS and the Columbus Area Convention and Visitor's Bureau.

"We thought, 'Yeah, we can do it, we could get Barb, she could give us the history,' we'd put them up and be done. The more we looked at it, it made more sense to have more of a community look," Curry said.

Pabian, worked with the City of Columbus to ensure the logistics of the project met their standards. Throughout the process, he presented and was presented many ideas, including radio beacons and wraparound signs.

The signs, rectangular and unobtrusive, are set at a height where motorists, pedestrians and those in wheelchairs can all access the QR codes easily. Hirschbrunner said this is a community project.

"It's a kind of community outreach," Hirschbrunner said. "We're working with the rotary and visitor's bureau to provide that venue in the downtown area for people to go and learn about the history of Columbus."

Gay said the historic downtown area along 13th is historic, but not the oldest part of town. The tour will feature mostly location in the 13th and 14th Street area, but reaches to 11th Street.

"My tours were initially on 13th, but what we think of as the main downtown isn't the historic downtown. It's where downtown evolved to after the railroad came in and everyone moved north," Gay said.

Curry emphasized the PCHS and its involvement on the project, as it had the information needed and is hosting the web service that allows the QR codes to work.

"I call them the 'keeper of the knowledge' and they are. They know the history and having them involved, to me, adds to the validity of the information," Curry said.

The PCHS hopes to expand this some in the future, adding locations as time goes by and information is compiled.

"It made sense that we work with the rotary on their historic building tour and get it accurate and continue to expand and maintain the database," Hirschbrunner said.

Eagles are incredibly commonplace along the Platte River, but it is rare to encounter one on the ground, causing a commotion.

The gift of life: Blood drive in memory of Josh Gasper at 1C - The Sanctuary

When Josh Gasper was involved in a collision while riding his motorcycle in 2018, doctors used a little over 100 pints of blood in efforts to …

Work has started on the first phase of the Powerhouse Park Trail.

In 2014, Columbus native Shane Fleming and Dr. Brian Bossard, of Lincoln, were discussing remote options for hospitals, particularly those in …

If there’s one word to describe Lakeview Community Schools over the past 10 years, it’s growth.

Arnolds Park, Iowa's Roof Garden has played host to some of the greatest musical acts of the '60s, '70s and '80s, including the Yardbirds, The…

After the Columbus Public Library moved locations, it was up in the air as to whether or not its semi-annual book sale would continue, accordi…

The Henry building at the corner of 26th Avenue and 11th Street is one of the stops on the Columbus Rotary Club and Platte County Historical Society's new QR code self-guided tour.

The Insurance Services of Columbus building on the corner of 26th Avenue and 13th Street, is a stop on the tour as it was once the location of Poesch's Palace of Sweets, a three-story confectionery.