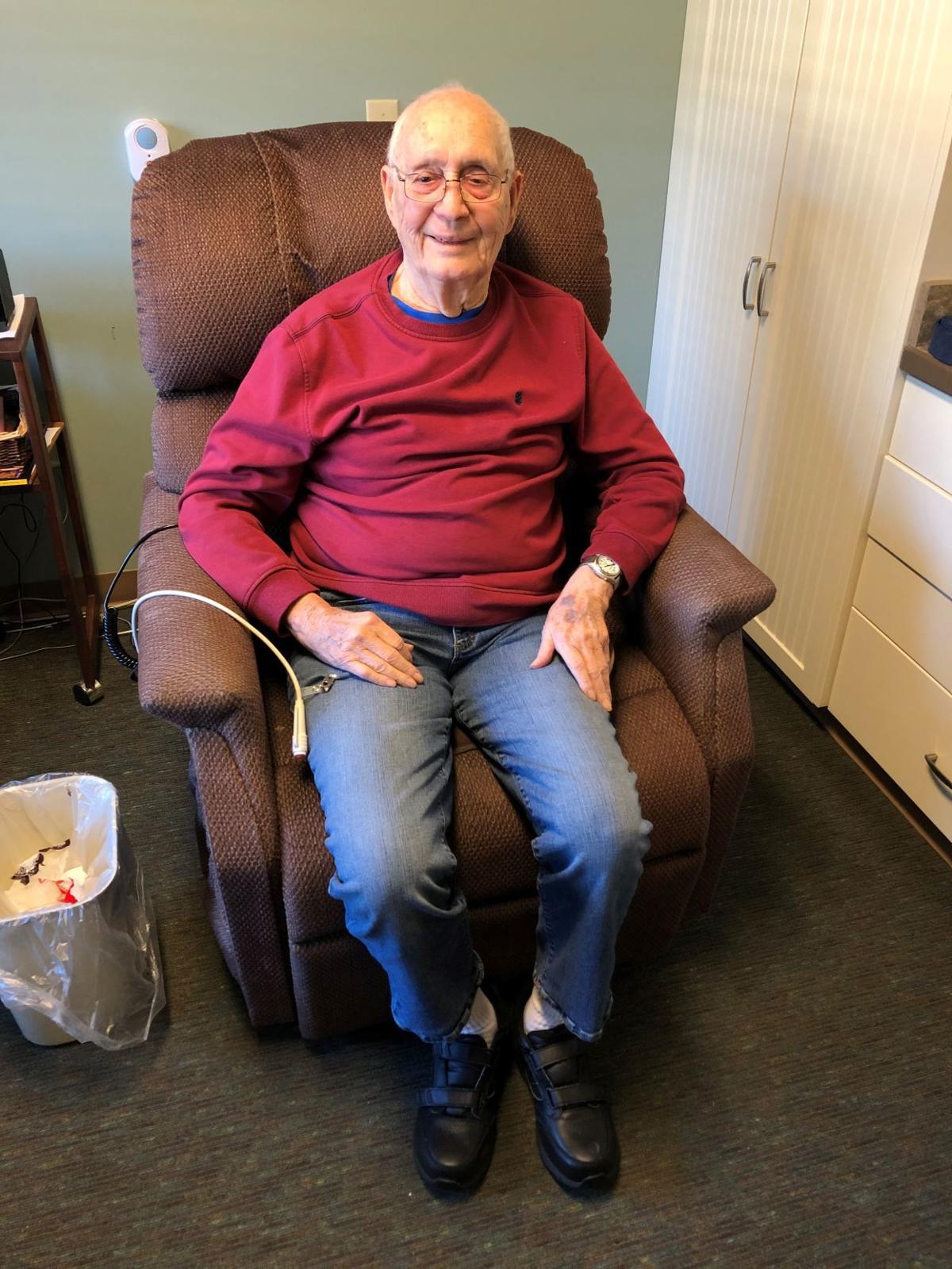 Aldon Noble served in World War II as a electromagnetic technician and later worked in the stockyards in Sioux City, Iowa. 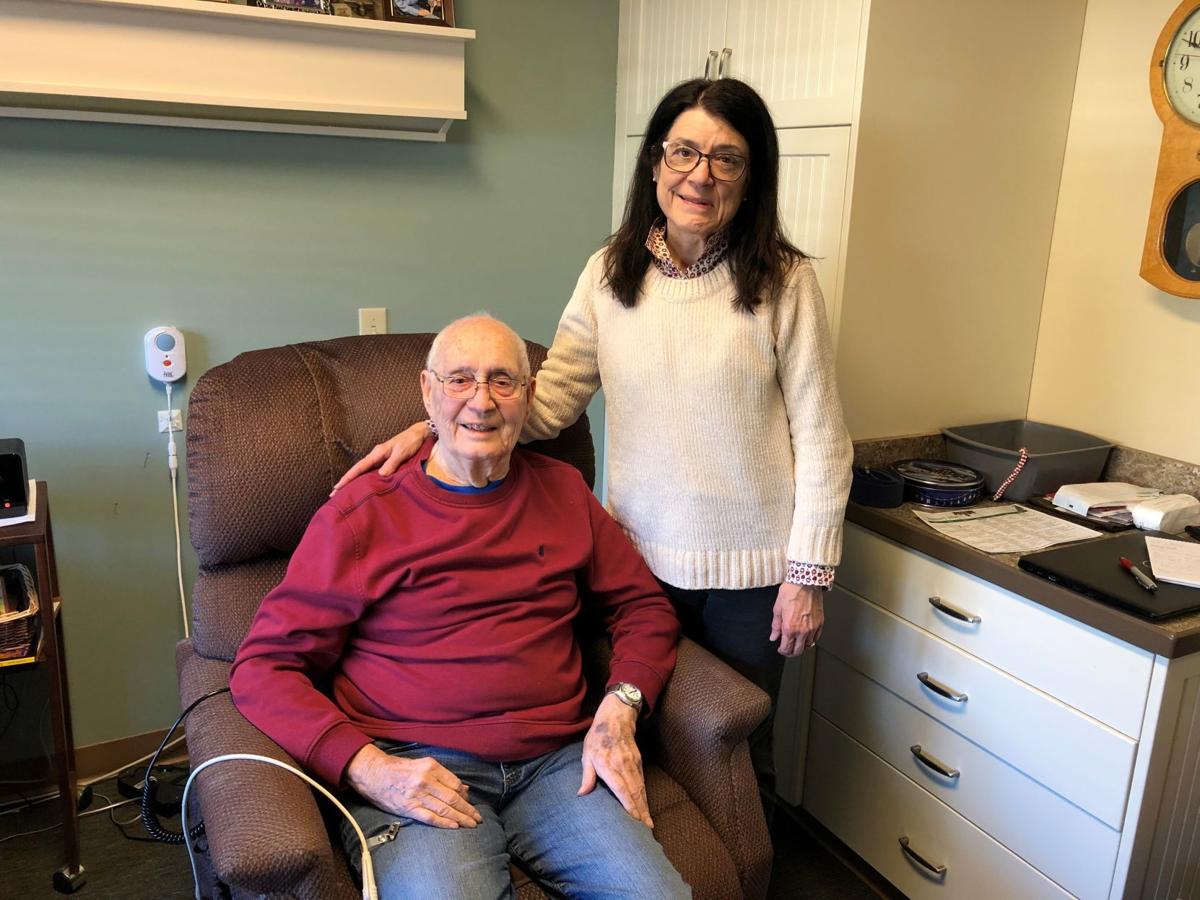 Noble with his daughter Beth Millard, who taught in the Columbus Public Schools for over 30 years.

Aldon Noble served in World War II as a electromagnetic technician and later worked in the stockyards in Sioux City, Iowa.

Noble with his daughter Beth Millard, who taught in the Columbus Public Schools for over 30 years.

Editor's note: In honor of the new year, The Columbus Telegram is publishing a new two-week series, "20/20." We will first profile five older Columbus residents and then five area residents in their 20s. See previously published stories at ColumbusTelegram.com.

A 93-year-old man Columbus man has lived a life where he has seen it all, worked it all and been through some of the darkest times in American history.

Still, during that time and even after all these years, he keeps a smile on his face and enjoys his life the best way he sees fit.

Aldon Noble was born in Sioux City, Iowa. Throughout his life, he ended up serving in the United States Navy and running an agriculture business in his home state with his dad. Noble currently lives at the Brookestone Acres retirement home in Columbus, 4715 38th St.

Noble has always had a fascination for technology, so growing up, one could always find him tinkering with some form of gadget.

When he was just 17, he was able to take the Eddy Test, an examination that was designed to see how well a person knew how to use electromagnetic detection technology, and if they had the knowledge that would benefit the Navy and help it with its projects regarding electromagnetic technology.

“I have always been interested in things with electronics, so when I found outabout the Eddy Test I was thrilled. I took the test and I passed it,” Noble said.

During his time in the Navy, he worked with electromagnetic technology, a lot of which was focused on sonar at the time. He did that all throughout World War II.

“There were many times throughout the war that we had to keep our work secret and everything was locked up after we left for the day,” Noble said.

At the time, his boss was afraid that if someone was to break into where they were doing their work, that the enemy might find out what they were using and then use it against them. This is why Noble said that at the end of the day, everything was locked in a safe with a lock and key. This way, no one could get into the safe without the proper key.

When Noble returned from the war, he enrolled at Iowa State University and studied mechanical and agricultural engineering. Noble graduated in the 1950s and moved back to Sioux City to start a business with his father.

That business, International Harvesters, is where Noble found himself to be a re-seller of hogs. Noble additionally ended up finding himself working in the stockyards in Sioux City.

During the 1950s, he also got married. He and his wife ended up having two kids, Beth and Joel. Beth taught at Columbus Public Schools for 32 years and was in charge of taking care of kids with behavior disorders. Joel is an engineer and currently lives in Minnesota.

Beth said that her father has been an impactful person in her life.

“My dad taught me to be a lifelong learner and to learn all that you can. He is known to always be in a good mood and to always be happy. He learned when he was young and has carried that so long in his life,” Beth said.

Noble's words of wisdom for the younger generations are to learn how to be a do-it-yourself kind of person and not be reliant on someone else to do something for you.

“I think you've got to learn how to do things by yourself. You’ve got to give good advice on what you’re doing but you want to do it yourself,” Noble said.

Editor's note: In honor of the new year, The Columbus Telegram is publishing a new two-week series, "20/20." We will first profile five older …