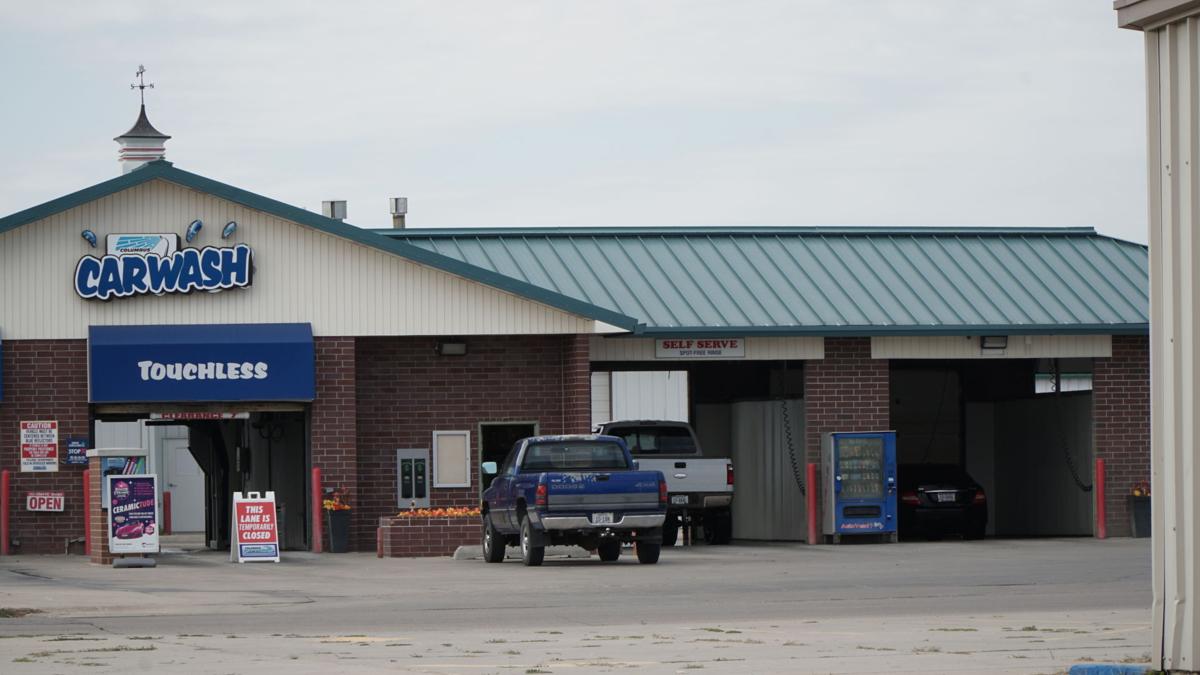 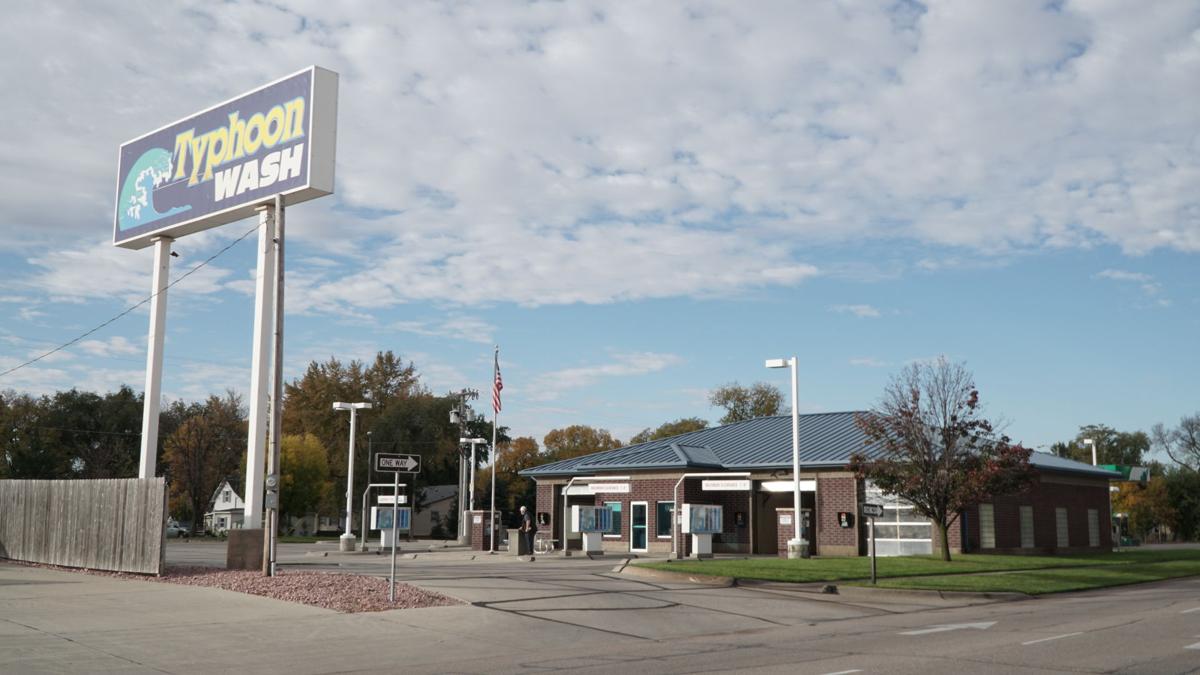 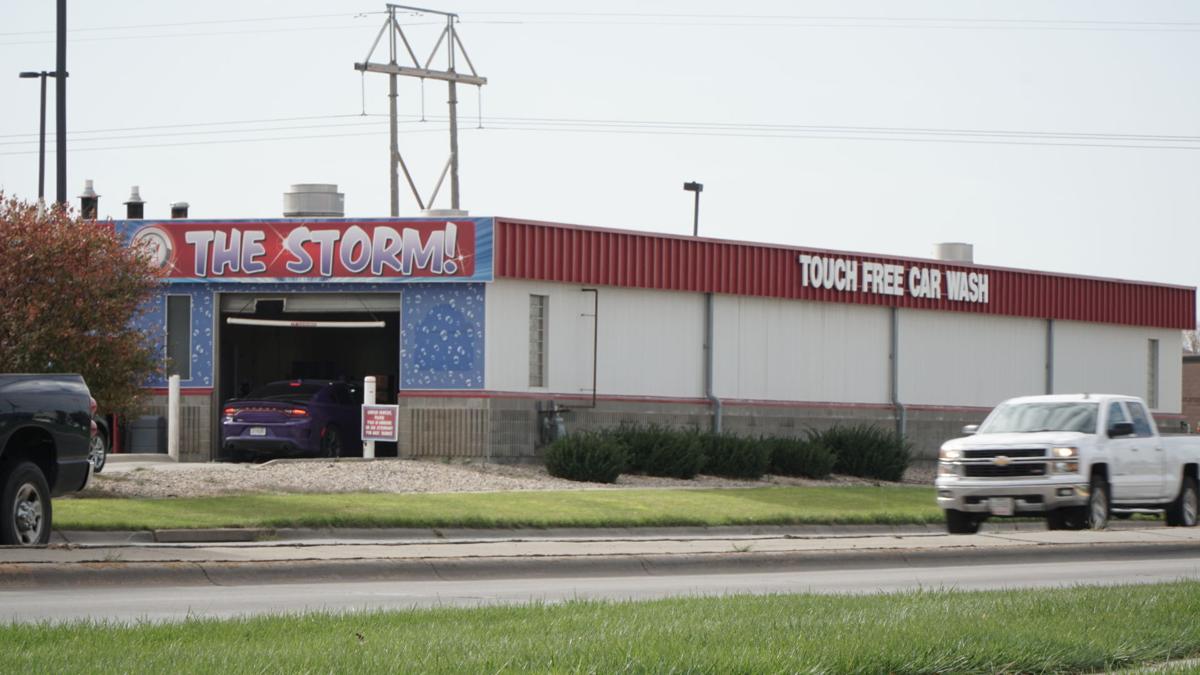 On Friday afternoon, cars enter the car wash by Sapp Bros., 517 E. 23rd St. in Columbus, while other motorists drive past on 23rd Street. 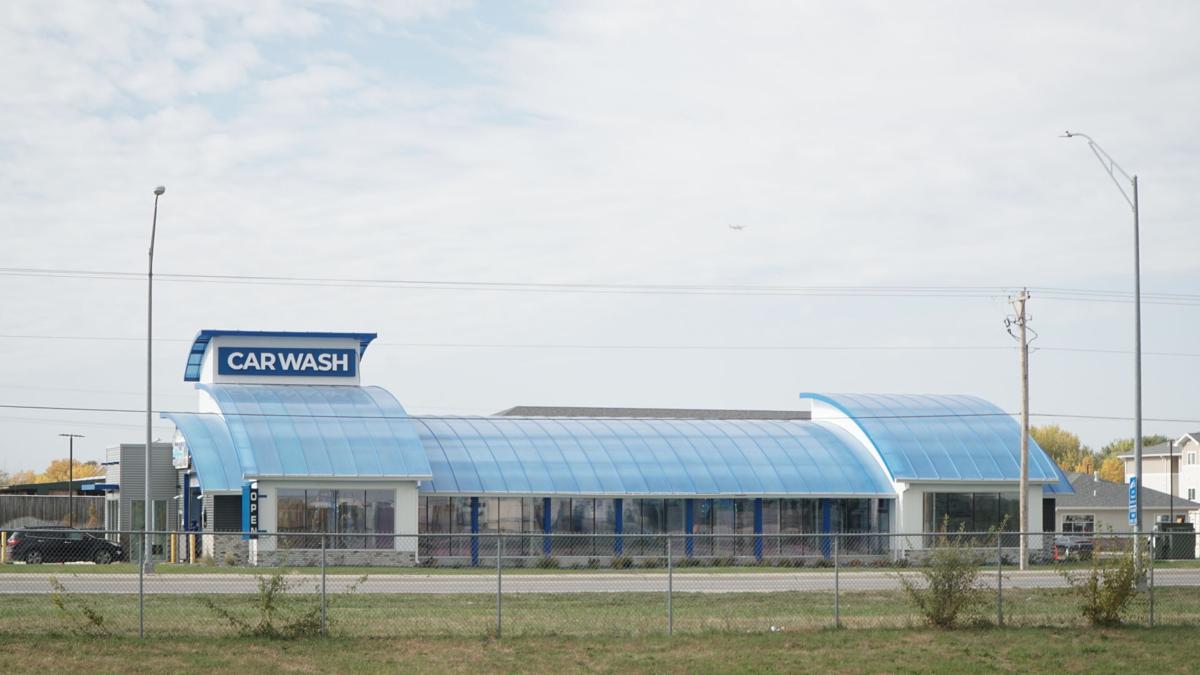 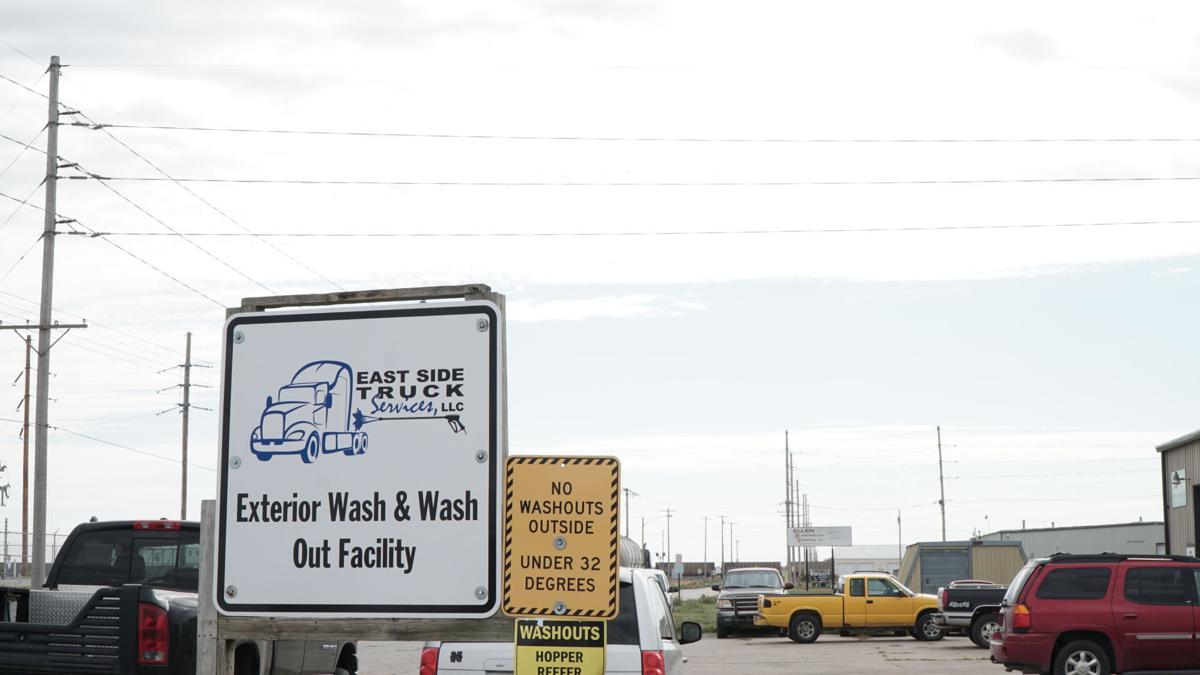 Vehicles parked in the Columbus Transmission parking lot form a backdrop to a sign for East Side Truck Service, 2056 E. 14th Ave. in Columbus, around 2 p.m. on Friday. East Side is one of the only places in Columbus that offers exterior washes for semi trucks. 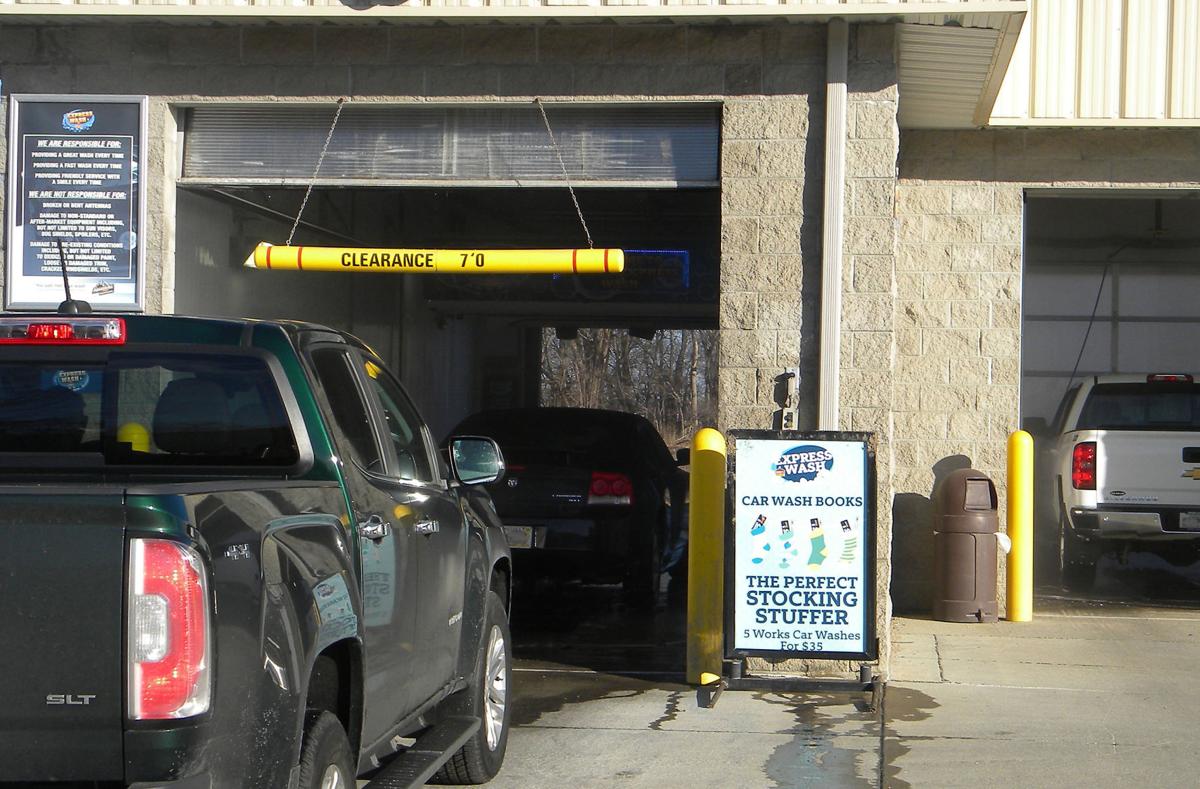 In 2017, motorists wait in line while other vehicles are being washed at Express Wash, located next to Casey's General Store at the corner of 12th Avenue and Eighth Street in Columbus.

People have preferences when it comes to their car wash, and soon there will be one more option for Columbus vehicle owners: Tommy's Express Car Wash.

Conover and his business partner, Matt Preister, have been working to bring a Tommy's Express Car Wash franchise location to Columbus for a couple of years.

In March, construction on Tommy's began with the demolition of the old Ernst car dealership to make way for the new car wash at 2112 23rd St. Conover said it costs about $5 million to build a Tommy's, and that he and Preister started looking into opening a few of them in Nebraska at least three ago.

"I own a small car wash in Norfolk and it would be backed up and I was sitting there one day looking at the line and realized people were going to wait in line for an hour," Conover said. "...Why would somebody wait in line for 40 minutes to wash their car? We traveled to … five or six states, looked at everything there was possibly that we could do with a car wash and bought our Tommy's territories in 2018."

Conover said he and Preister are on track to open another Tommy's in Norfolk about the same time as the car wash in Columbus. Their plans have also included Tommy's locations in Grand Island and Kearney.

"We were trying to decide on Columbus and we did a little bit of research and thought Columbus would do really well," Conover said.

Columbus isn't short on car and truck washes, though: There are almost 10 in town already.

"I don't know how it's feasible, for this many to make it in town, but it must be," Alan Davis said.

"I heard they do traffic counts," Davis said. "That's all I can come up with, is that the traffic count says they should make it feasible."

Davis said that many of the people who wash their cars at Kat's are regular customers, and noted that people have different preferences when it comes to washing their car, especially with respect to the finished product.

"A lot of people still like to do their cars by hand," Davis said. "There are a lot of chemicals that go into those automatics. … Especially non-brush automatics, it takes severe chemicals to get that dirt off."

On the other hand, he said, he knows people who actually prefer touchless, automatic car washes that don't use brushes.

"In the old days, brushes always caused swirls all over the car," Davis said. "...I like washing my car by hand, but a lot of people are in a hurry."

Others are limited by the size of their vehicle. A lot of heavy truck traffic comes through Columbus but, between all of the car washes in Columbus, there are only a couple that can do semi trucks. They include B&J Truck and Trailer Wash and East Side Truck Service, both located on the east end of town.

But, Conover said he and Preister expect that ease of use will set Tommy's apart from the crowd, especially given the way Tommy's integrates an app into the experience.

"Another thing I think is unique is that...if somebody has a (Tommy's) membership, they can wash at any Tommy's in the country," Conover said.

In the end, it comes down to personal preference, and Columbus has plenty of options.

Lindhorst replaces Korth on extension board

A recent addition to the seven-member Platte County Extension Board, Gabrielle Lindhorst is excited to help shape the 4-H program in which her…

As communities and courtrooms across the country celebrate the adoptions of children who have been in foster care on Nov. 20 -- the Saturday b…

When Robbin Cutsor arrived at the Veterans of Foreign Wars building Wednesday night, she thought she was attending an award ceremony for CASA …

Lakeview students having fun in 'chaotic' one act play

The camaraderie between Lakeview High School one act members and their director, Tony Blaser, doesn’t take long for one to notice.

Jacqueline Harnisch’s favorite part of owning a day care is watching the children grow into their own person.

A few Columbus locals are holding a spaghetti feed on Sunday, Dec. 5, to raise money for a medical mission trip to Puerto Cabezas, Nicaragua.

For anyone who walked into First United Methodist Church (FUMC) this past weekend, the smell of freshly baked pies was inescapable.

Where does Donald Trump stand now? 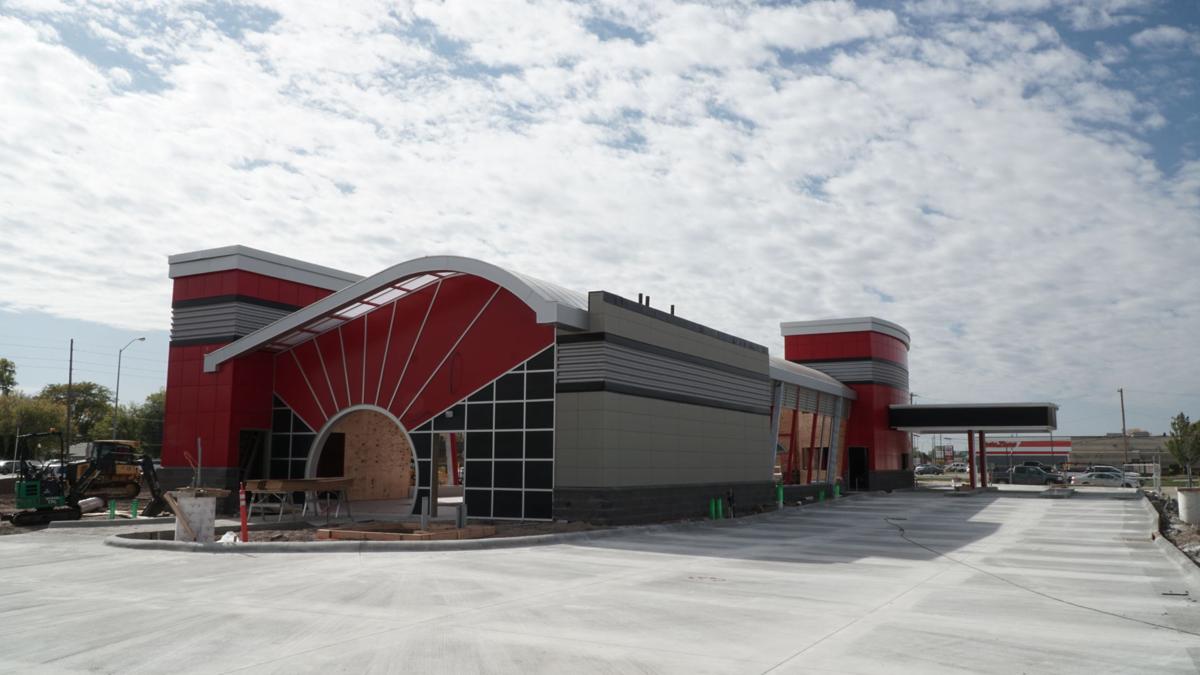 Construction continues at Tommy's Express Car Wash, 2112 23rd St. in Columbus. The car wash should be open around the winter holidays and it will be one of about 10 car washes in town. 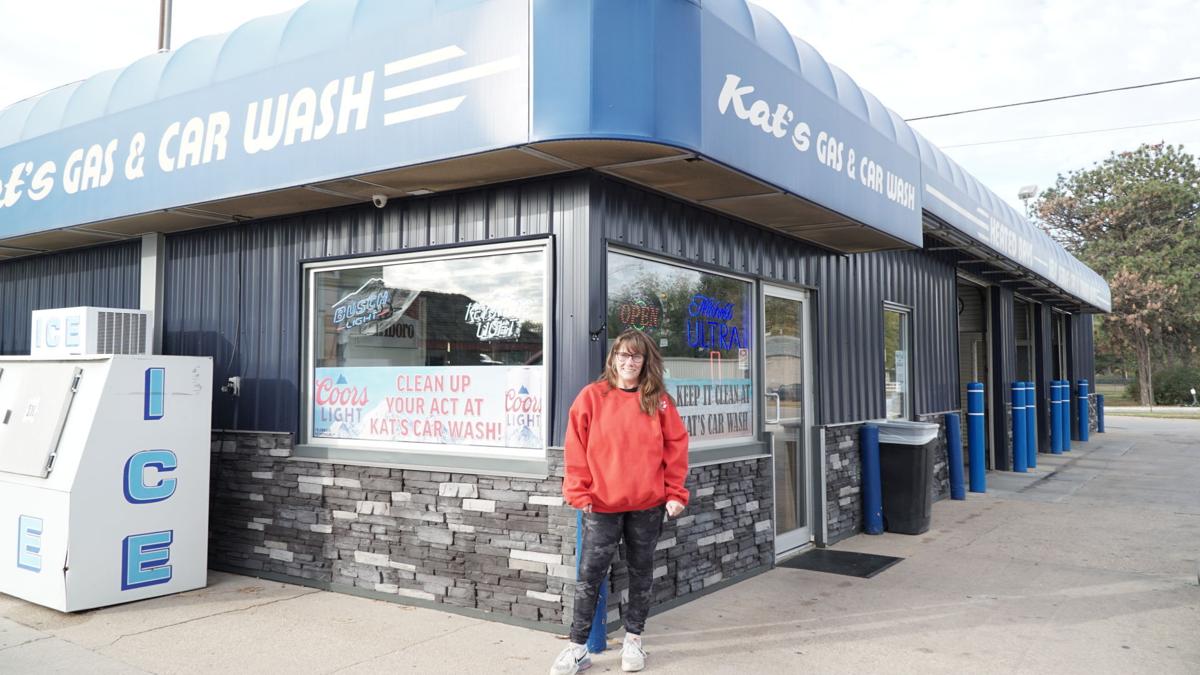 On Friday morning, a Kat's Car Wash & Gas employee stands outside of the convenience store and car wash bays at 3309 Eighth St. in Columbus for a photo. Kat's is a self-service car wash. 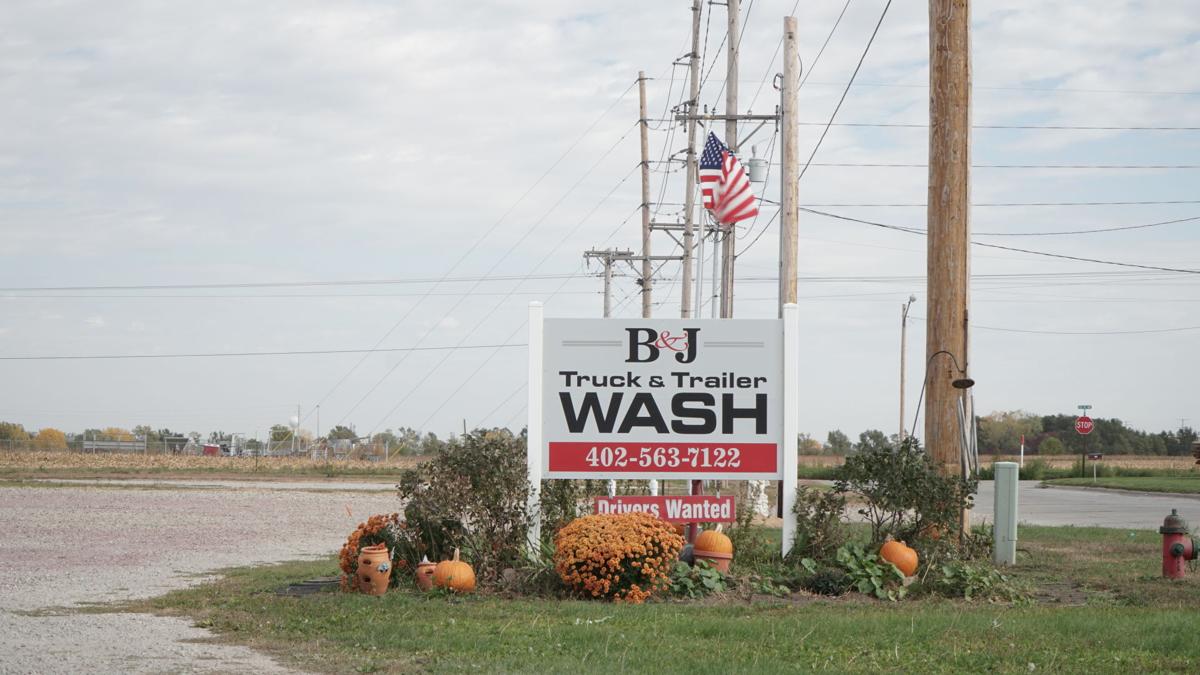 On Friday, a sign marks the entrance to B&J Truck and Trailer Wash, 1232 E. 19th St. in Columbus. B&J is one of the only places in town that can wash semi trucks.

On Friday afternoon, cars enter the car wash by Sapp Bros., 517 E. 23rd St. in Columbus, while other motorists drive past on 23rd Street.

Vehicles parked in the Columbus Transmission parking lot form a backdrop to a sign for East Side Truck Service, 2056 E. 14th Ave. in Columbus, around 2 p.m. on Friday. East Side is one of the only places in Columbus that offers exterior washes for semi trucks.

In 2017, motorists wait in line while other vehicles are being washed at Express Wash, located next to Casey's General Store at the corner of 12th Avenue and Eighth Street in Columbus.