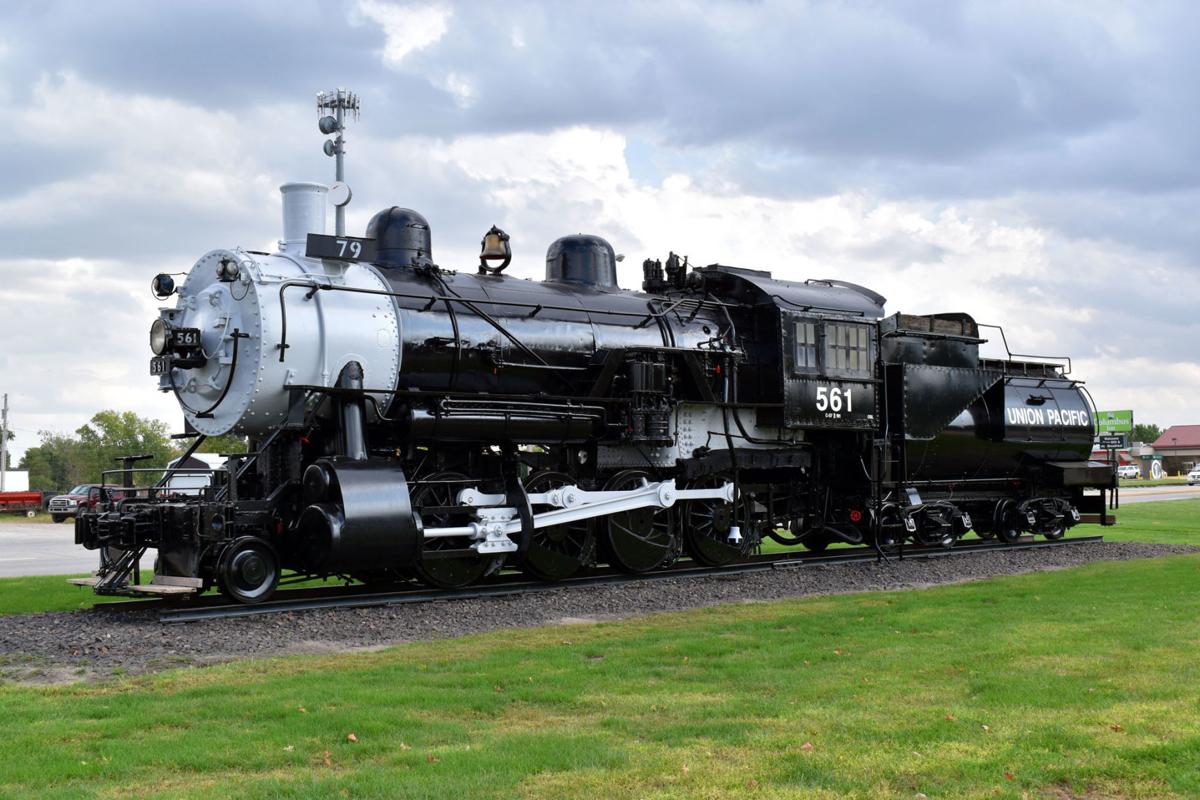 The Union Pacific No. 561 at Pawnee Park glistens Thursday afternoon following a month-long restoration which included removing rust, priming the engine and a full repainting. 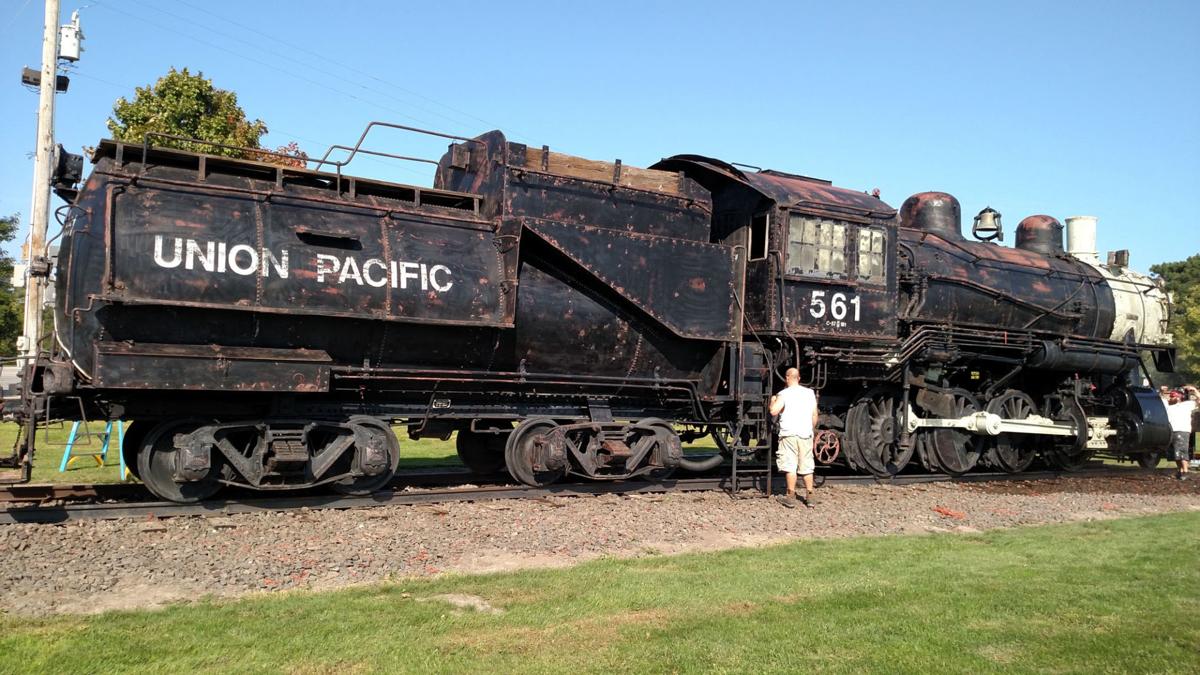 Jerry Jarecke, owner of Master Care Services, worked for a month starting in August restoring the Union Pacific No. 561 at Pawnee Park. Jarecke said the image showcases how the locomotive looked like before the project.

The Union Pacific No. 561 in Pawnee Park is one of the main attractions that catches the eyes of people driving south on 33rd Avenue.

Now fully restored, it's likely the black and white locomotive will catch a few more passing glaces than before.

The 561 was built by Baldwin Locomotive Works in January 1904. It predominantly traveled through the the northwest portion of the United States prior to its relocation to Nebraska in the 1950s. It was eventually retired from use in 1955 and came to its final resting spot in Columbus.

Jerry Jarecke, owner of Master Care Services and project leader of the 561 restoration project, began working on the locomotive with his team of eight in August after City officials reached out to him regarding the project more than a year ago. The price of the restoration project was not disclosed.

“It really needed to be cleaned up and painted so badly (because) it was so rusted,” Jarecke said. “Some of the details were just deteriorated down to nothing … It was in pretty bad shape.”

It's been decades since the train was last repaired, he added.

Columbus resident James Hanna, a representative of Rail Passengers Association, restored the steam engine alongside Dave Seidel in 1986 after they pitched the idea to Columbus City council members.

“It is absolutely unique,” said Hanna, noting the 561 is the last locomotive of its model left today from the first order of the Harriman Standards.

After receiving the OK from council members, area businesses came together to help with the previous project by donating materials and manpower to restore the locomotive.

Hanna, who is a train enthusiast, said the project cost the City approximately $10,000 at the time.

When Jarecke received the request from the city, he said he was honored because he and his team already volunteer to upkeep the Andrew Jackson Higgins National Memorial in Pawnee Park.

“We feel proud to keep the park looking (good),” Jarecki said. “The City does a great job of keeping a beautiful park all the time.”

Despite having extensively worked with the city before, Jarecke said previous undertakings didn't require the extreme amount of work that this did.

The whole project took Jarecke and his team a month to complete. During that time frame, he and his crew worked to bring back the train's historical features. They removed the rust -- a time-consuming endeavor -- and primed and repainted its worn body.

Jarecki said his team also repainted the lettering on the train, which states “Union Pacific” and “561.” With new life breathed into the old train, it definitely feels like all of the team's work paid off.

“They were very proud to be working on the project,” Jarecke said.

Natasya Ong is a reporter for The Columbus Telegram. Reach her via email at natasya.ong@lee.net.

The Nebraska Airboaters Association’s airboating event held in Columbus over the weekend saw an estimated 165 boats on the Platte and Loup Rivers.

The Union Pacific No. 561 at Pawnee Park glistens Thursday afternoon following a month-long restoration which included removing rust, priming the engine and a full repainting.

Jerry Jarecke, owner of Master Care Services, worked for a month starting in August restoring the Union Pacific No. 561 at Pawnee Park. Jarecke said the image showcases how the locomotive looked like before the project.