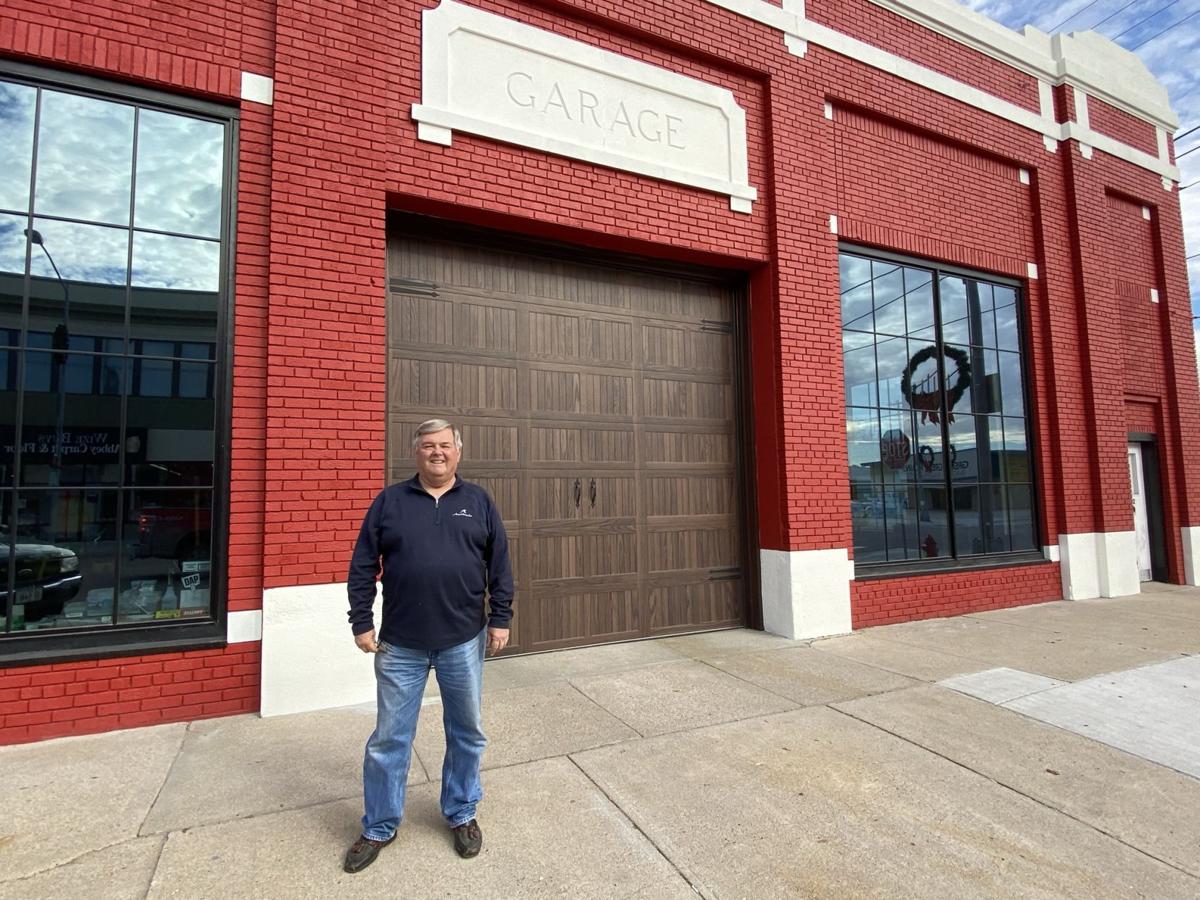 Columbus resident Dennis Hirschbrunner stands in front of the in-progress Columbus Area Antique Fire Apparatus Museum, a project he started. The former Nielsen automotive building, the museum is housing antique firetrucks and other equipment. With the outside now complete, Hirschbrunner said the inside is the next step. 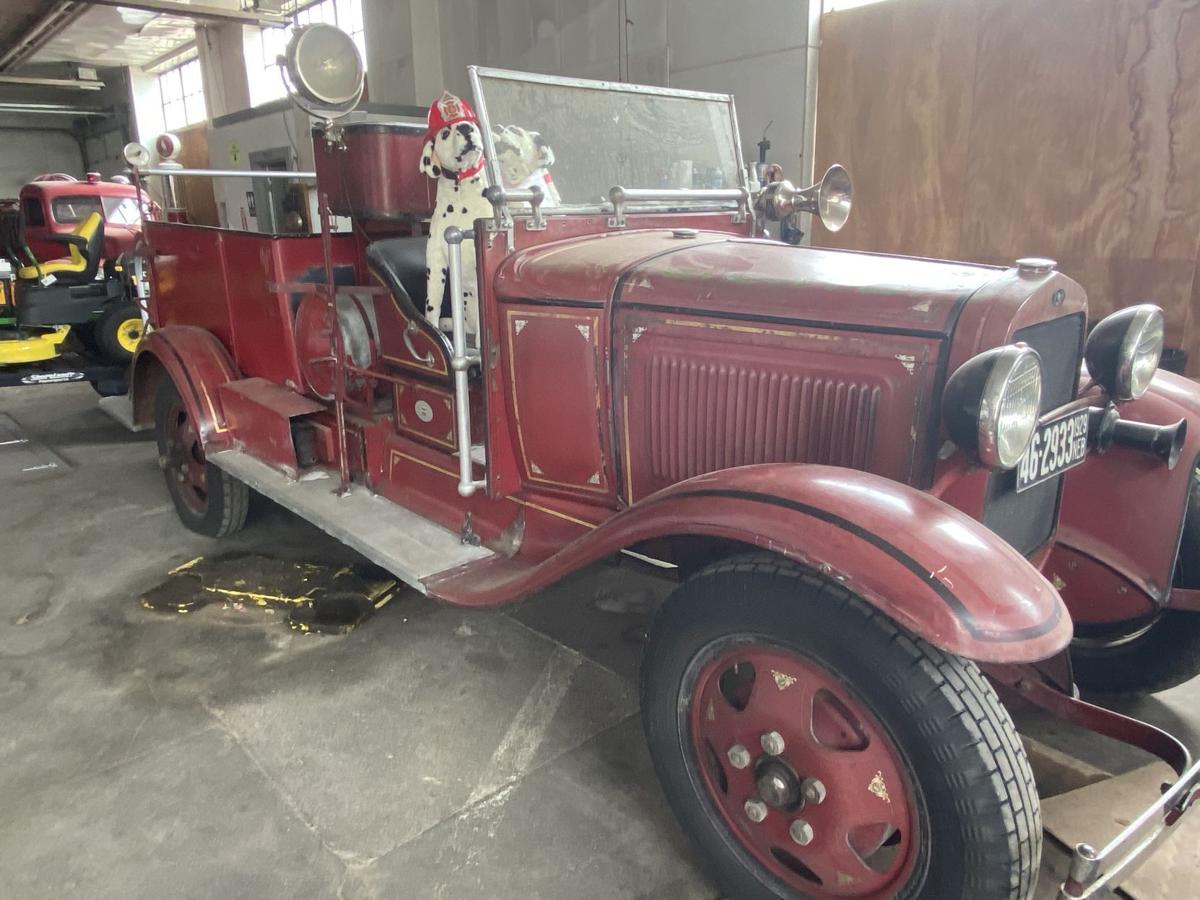 One of the antique firetrucks to be displayed at the Columbus Area Antique Fire Apparatus Museum, slated to open in the spring.

Residents may have noticed a new pop of color on the corner of 13th Street and 23rd Avenue in downtown Columbus – the newly redone, and now bright red, outside of the Columbus Area Antique Fire Apparatus Museum.

The project of Columbus resident Dennis Hirschbrunner, the first phase is nearing completion. Painting, tuck-point work, new doors and windows, and a new sidewalk on the east side of the building has been completed.

“Now we can focus and concentrate on the inside of the building and get it done so that, in the spring, we’re ready to accommodate groups of people inside,” Hirschbrunner said. “Initially, we’re going to do it by appointment only; we want to have someone here who can walk them through and discuss each of the firetrucks, where they came from and when they served.”

Visitors will have a chance to check out the museum’s progress as starting this weekend, Santa will be at the building from noon to 4 p.m. every Saturday and Sunday until Dec. 20.

“We’re excited to have Santa down in the antique firehouse,” said Katy McNeil, director of the Columbus Area Convention and Visitors Bureau.

McNeil said the Visitors Bureau has been involved with the new museum by providing the Columbus Area Antique Fire Apparatus Preservation Society, a nonprofit that owns the building, with a $65,000 grant. The grant is funded by lodging tax dollars, and the purpose of the grant is to go to improvement projects that will help draw in visitors.

“That’s my biggest hope -- that people will enjoy it, they’ll see it as something they want to come see,” McNeil said. “I’m hoping it draws in enthusiasts on firetruck history. Dennis really has a wealth of knowledge; his family has been involved with firefighting and just in general, they have a lot of passion.”

Currently, the museum houses a 1949 American LaFrance, a 1935 Chevrolet 4-door sedan, a 1965 snorkel truck and a 1957 open cab American LaFrance truck, as well as 1949 and 1950 Fords. The vehicles were utilized by fire departments in Platte County.

The 1949 American LaFrance is especially meaningful for Hirschbrunner, whose father and brother worked on the vehicle as firefighters. His grandfather had been a firefighter as well.

More items are headed to the museum, and Hirschbrunner is in talks with other area fire departments about receiving retired, antique apparatus.

“We’re getting one new truck, Monroe’s 1974 firetruck,” Hirschbrunner said. “They’re going to bring it over, probably, in the next two or three weeks. They had gotten a new truck and ran out of space in their firehouse so it’s sitting out by a grove of trees. We want to get it in before there’s too much deterioration.”

Hirschbrunner said the next phase of the project is cleaning out the inside and figuring out a master plan for the layout of the firetrucks and other antique items.

“We just picked up two new fire extinguishers from the 1960s… we’re picking up pieces and parts of stuff all the time to display. Which, besides the trucks, we’ve got to come up with a display area,” Hirschbrunner said.

Also, the plumbing was recently replaced and electrical work is slated to begin in the building’s basement, which will be used for storage.

Hirschbrunner said he hopes to be able to invite people in for a preliminary tour and fundraiser event.

After an admissions visit to the United States Air Force Academy a few years ago, two Columbus brothers have their sights set on becoming pilo…

In the aftermath of what happened in Washington, D.C., last week, many are looking to explain to students what is going on.

NPPD Board gets new leadership

Columbus resident Dennis Hirschbrunner stands in front of the in-progress Columbus Area Antique Fire Apparatus Museum, a project he started. The former Nielsen automotive building, the museum is housing antique firetrucks and other equipment. With the outside now complete, Hirschbrunner said the inside is the next step. 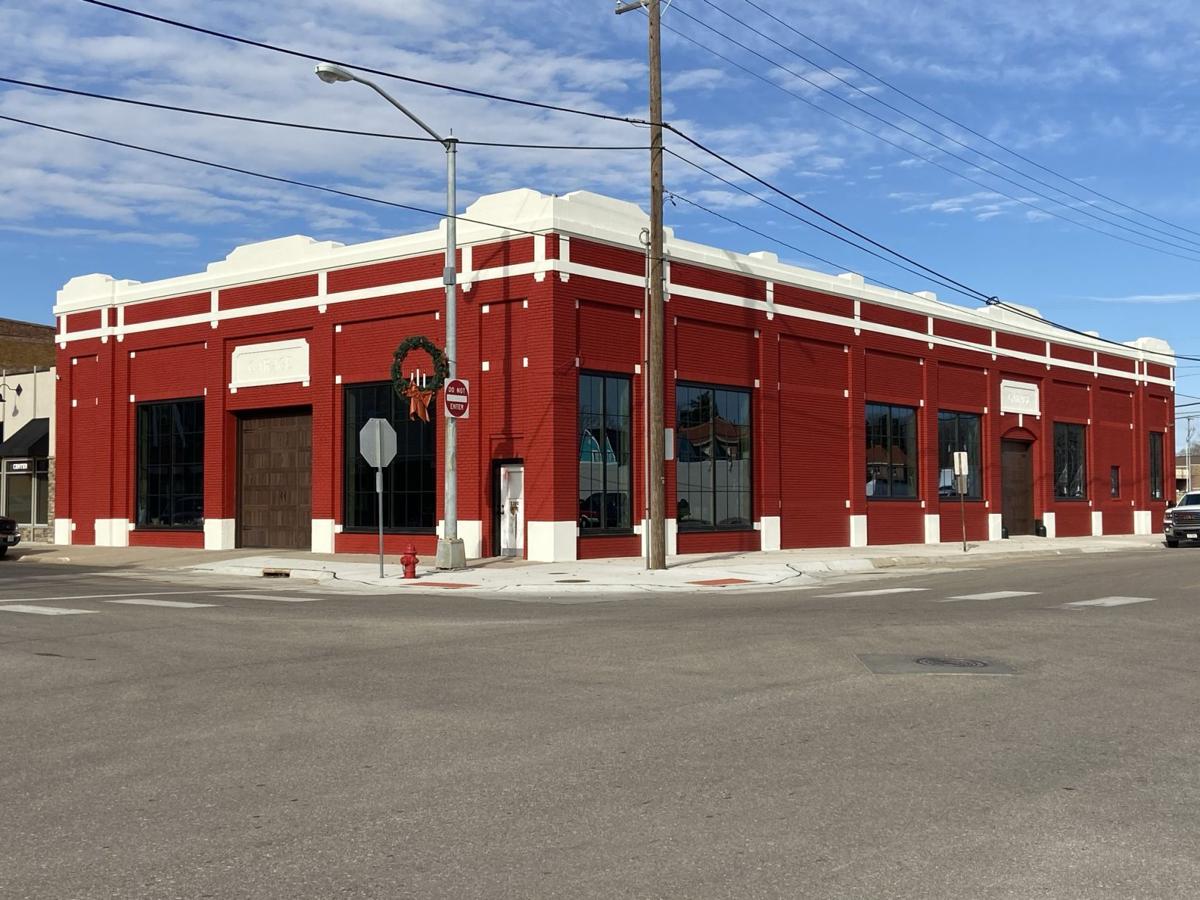 A soon-to-be new attraction in town, the Columbus Area Antique Fire Apparatus Museum, 2304 13th St., recently received a new paint job and other outside improvements. Next, Columbus resident Dennis Hirschbrunner will be cleaning the inside and arranging the antique firetrucks and other equipment. Hirschbrunner is looking towards opening the facility as a working museum in the spring. 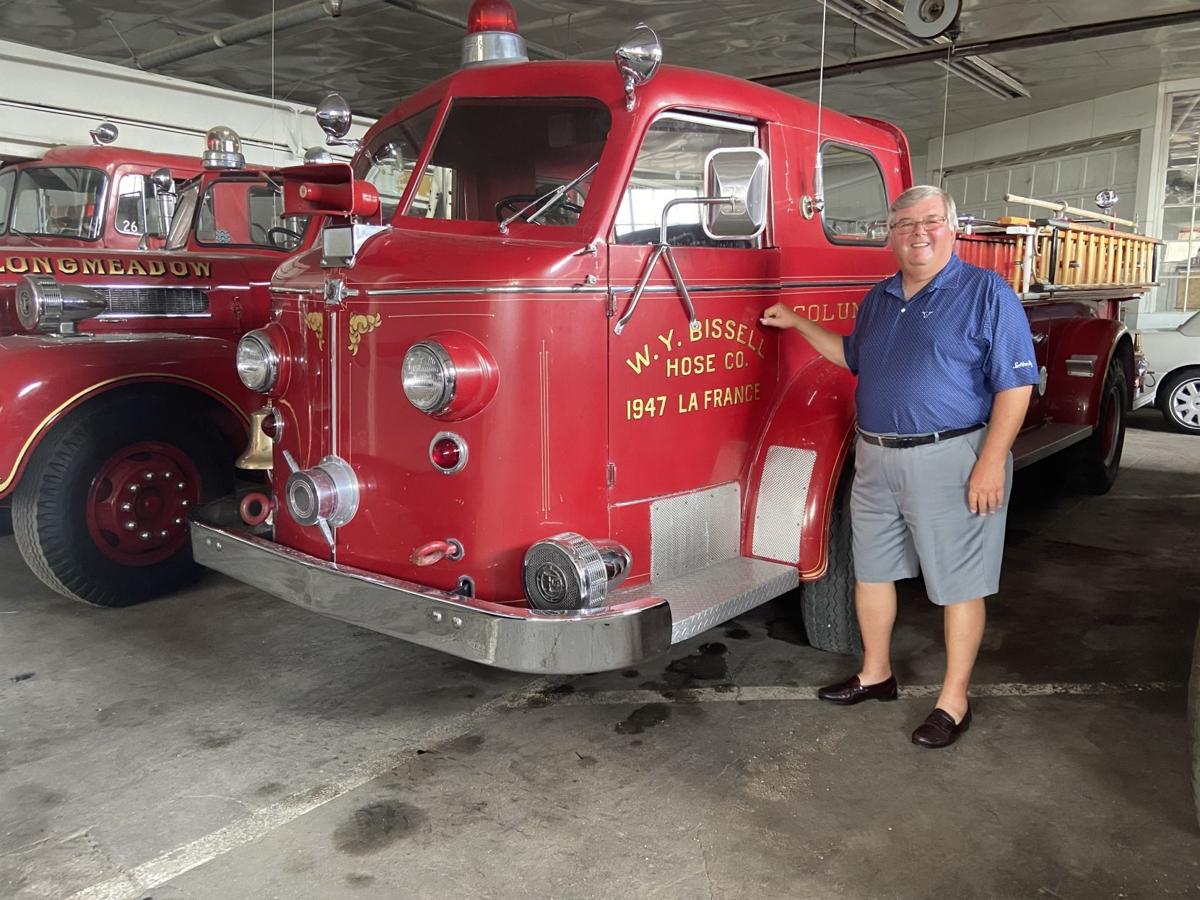 Dennis Hirschbrunner, president of the Columbus Area Antique Fire Apparatus Preservation Society, stands next to a a 1949 American LaFrance firetruck earlier this year. The vehicle is one of several which will be featured in a an antique fire apparatus facility, slated to open as a working museum in the spring.

One of the antique firetrucks to be displayed at the Columbus Area Antique Fire Apparatus Museum, slated to open in the spring.