While speaking with Eden Broberg, it’s easy to tell that you’re in the presence of a future teacher. The 18-year-old says that she has a special connection with kids.

“Once you get to be more comfortable about being with kids, they really do open up to you a lot and they’re really fun to be around,” Broberg said. “They bring out so much positivity in me that that’s what I enjoy, is getting that positive influence from them as well.”

Broberg, a senior at Scotus Central Catholic, is currently gaining experience as a teacher through her dance studio, iDance Project in Columbus. But being an educator is also in her blood as well. Her parents, Phil and Jill Broberg, are both instructors at Central Community College-Columbus.

“I want to be an elementary education major and then I’ll also get maybe an endorsement in counseling,” Broberg said. “I feel like it’s important to not only teach these upcoming generations … (but) it’s important to check in on people. If you can tell someone is struggling, it’s really important to help them know that you’re there to support them and help them through whatever is going on.”

And her parents have been a great support for her throughout the years, encouraging her to get involved in the community.

“They can usually tell when I’m upset or something’s just on my mind and they’re pretty upfront with asking me – maybe not pushing it right at me – but just directly giving me those supportive notes and comments saying ‘we’re here for you’ and stuff until I’m comfortable approaching them with what’s going on,” Broberg said.

At iDance Project, she’s a member of the competitive dance team and the jazz funk and the clogging teams. During her dance career, she's been a title winner with a tap solo and was named a national champion with a duet that she and her dance partner choregraphed.

Also outside of school, she’s taken part in Youth Leadership Columbus, which is a program that helps high school juniors learn more about their community while developing their ability to guide others. She's also been a counselor for JC Camp, and has volunteered with the Columbus Public Library for its summer reading program.

She’s just as, if not more, active inside the walls of Scotus.

Broberg is a cheerleader, president of the student council, secretary of the senior class, is a member of the campus ministry team, National Honor Society and is a part of the Shepherds Program. If she had to choose, she noted, cheerleading would probably be her favorite.

“It gives me not only the opportunity to express my different ideas but it’s also a way to stand out in the community and to lead the public and just have a fun time and be a great influence on the school,” she said, noting that she's been an All-American Cheerleader for two years.

Broberg also serves as an Extraordinary Minister of Holy Communion (also known as EMHC), during which she helps give people communion during Mass. She received training for it through the Archdiocese of Omaha last year.

Her various activities have helped her step out of her shell, she noted.

“I’ve gained a lot of leadership and it’s helped me to build up a lot more confidence over the years,” Broberg said. “Most of my friends would know I was very quiet in junior high and elementary school so surprisingly I’m a lot more open to talking to people more and just giving them advice and standing up for what I think is right.”

Of course, it’s also helped her leave a positive impact on those around her.

In her spare time, she also enjoys reading and other creative outlets, such as making glass lamps for others. She said she purchases the lamp and glass bricks; she then designs the bricks with acrylic paint. She has an older brother named Emmitt, who’s in college, and a younger sister, Ella, who is a sophomore at Scotus.

Broberg’s still deciding on where she wants to attend college after graduating from high school, though she’s currently leaning towards Wayne State College or Missouri Southern State University – both of which have good education programs, she said.

“If I had an ideal grade, it would be second grade just because that seemed to be one of my favorite grades in elementary school, so I feel like I could really have a fun time with those kids,” she added.

Although she knows now she wants to be an educator, she once considered pursuing a career in psychiatry or psychology.

“It just came down to, I have such a great connection with kids that I want to have fun with what I’m doing for the rest of my life, and I felt like teaching was just kind of my calling,” Broberg said. 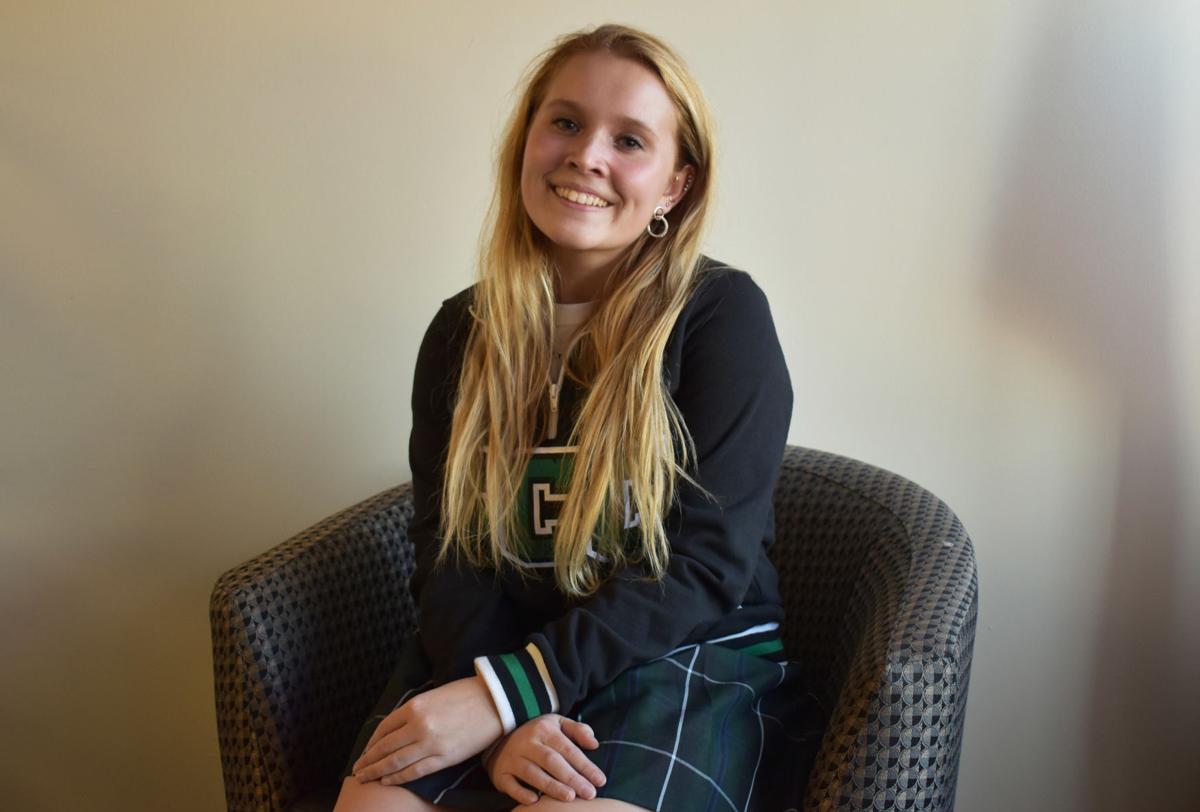 Eden Broberg, a senior at Scotus Central Catholic, sits inside the Columbus Telegram office on Friday afternoon. Broberg, who enjoys being around children, said she's hoping to become an elementary school teacher. 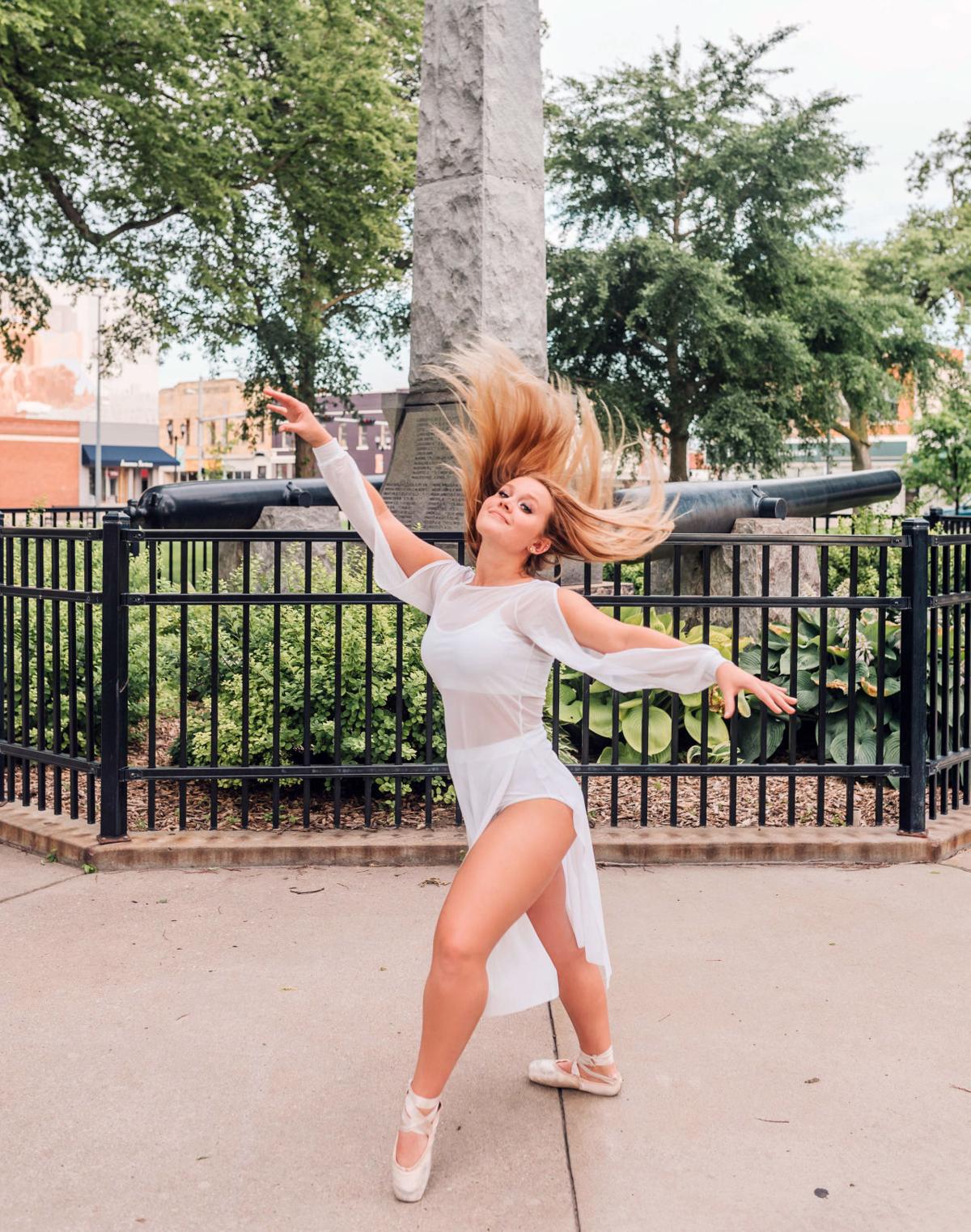 Scotus Central Catholic student Eden Broberg poses for a senior photo. Outside of school, Broberg is a part of various dance teams at iDance Project in Columbus. 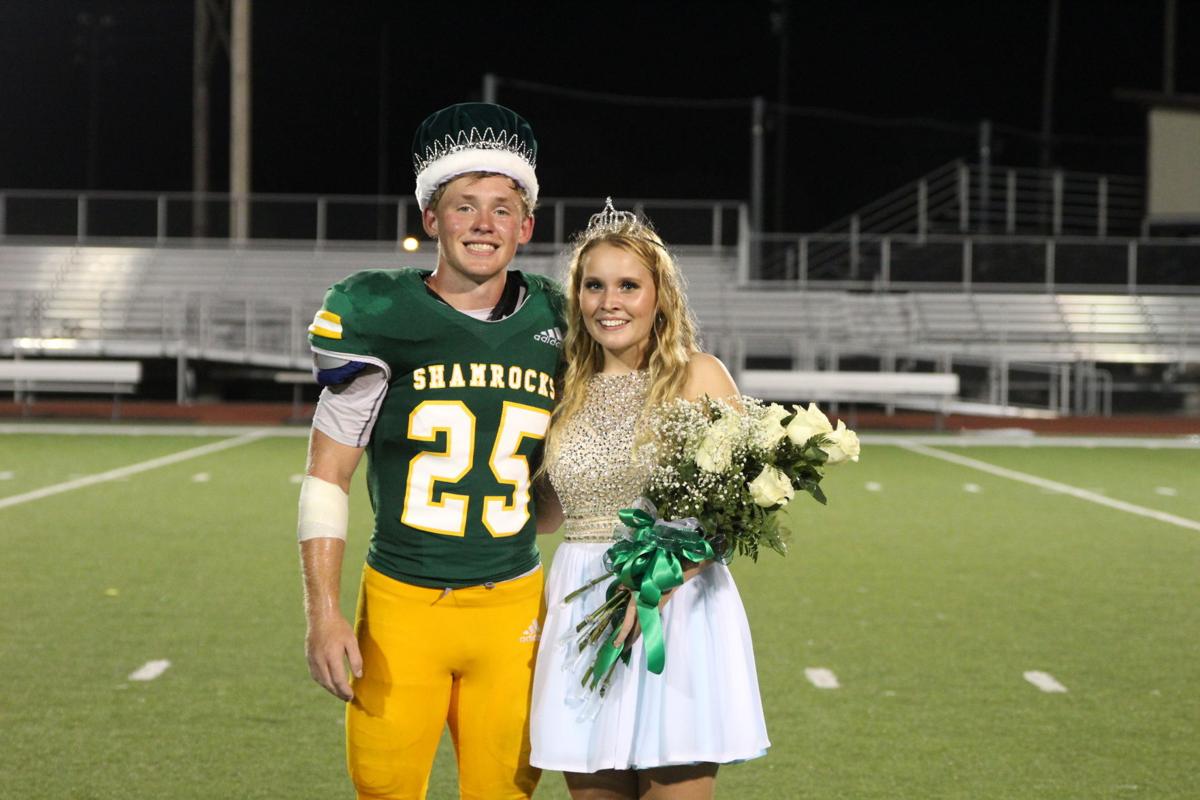 The 2021 Scotus Homecoming king and queen, Devon Borchers and Eden Broberg, smile for the camera during coronation held in August. Broberg is also involved in many activities both in and out of Scotus. 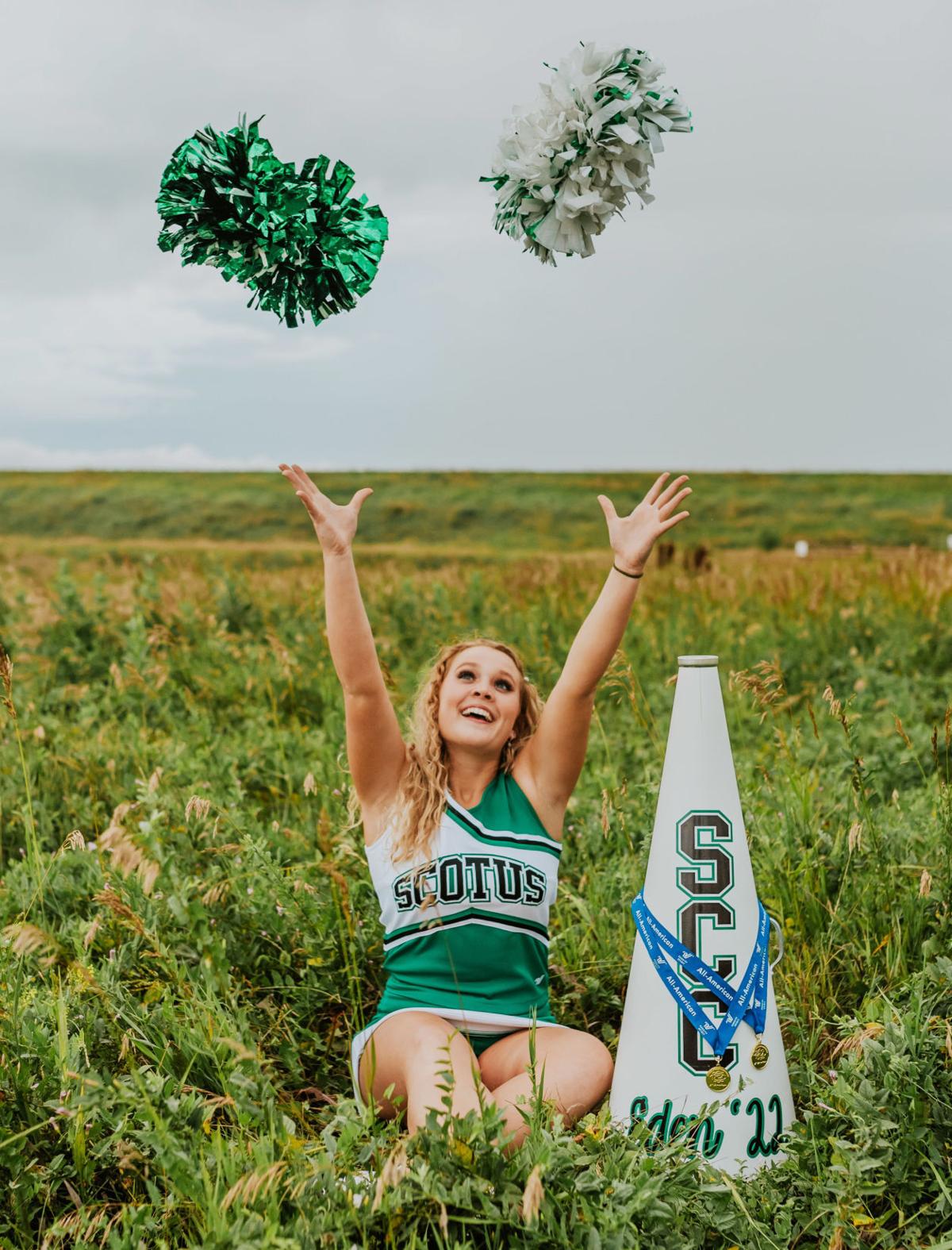 Eden Broberg, an 18-year-old senior at Scotus Central Catholic, said her favorite activity to be involved in at school is cheerleading.